by Brian Roewe
Environment
This article appears in the COP21 Paris and Mining feature series. 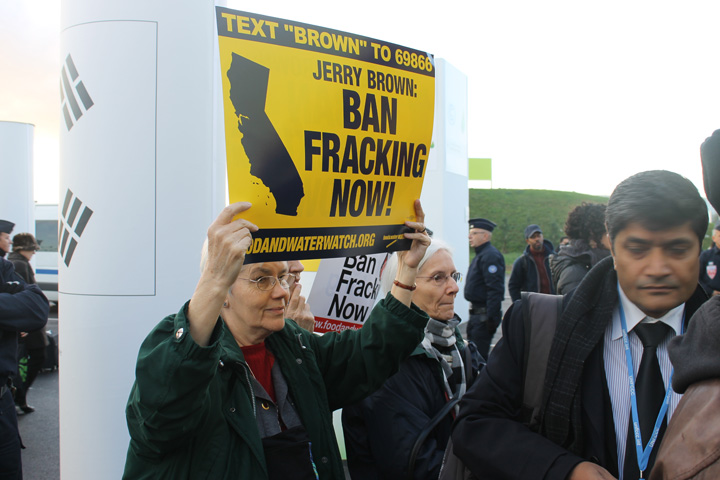 Le Bourget, France — Outside the main venue here at COP21, as diplomats inside waited to receive the latest draft of a potential global climate deal, Mercy Sr. Aine O’Connor stood surrounded by a throng of environmental activists eager to hear what she had to say.

“We are hearing and heeding the cry of persons and earth impacted by fracking,” she said of peoples in Argentina, Australia and the U.S. who have reached out to the Sisters of Mercy.

“What do we say to the seven-year-old child whose ears now bleed, who has difficulty breathing as a result of living near a gas field; to the mother who must travel miles to the town in order to have her doctor review and treat her child objectively for gas-related medical conditions; to the farmer who has no voice with his government when his bore hole has run dry and he can no longer farm; and to his family, who cries out in desperation after he takes his own life?

Christian lenses on the environment