• In a jittery world, nuclear weapons get attention again 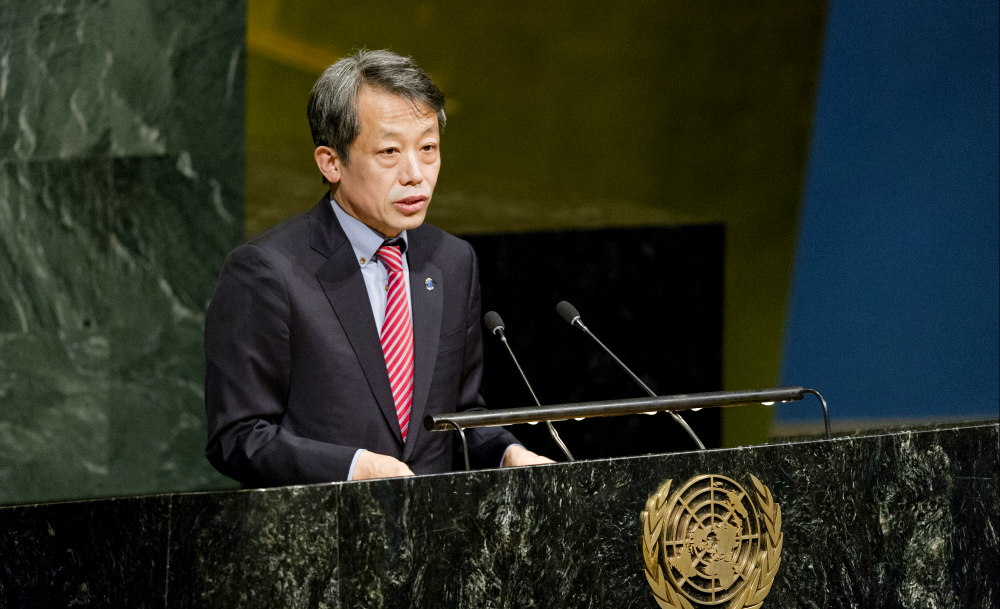 New York, N.Y. — Catholic sisters, peace activists and legal experts say that while they were disappointed by a U.S.-led boycott of nuclear disarmament talks that began last week at the United Nations, the action came as no surprise and had at least one positive result: putting the issue of the nuclear threat and disarmament back in the news.

"The view is opening," Sr. Stacy Hanrahan, who represents the ‎Congregation of Notre Dame at the United Nations and is active in U.N.-based nuclear disarmament efforts, told GSR in an interview. "It's not there yet, but we're getting there."

That a majority of the world's nation-states participated in the first week of talks despite the boycott by nuclear powers such as the United States, Great Britain and Russia showed there is movement in the world to take the issue of nuclear disarmament more seriously, says Marie Dennis, co-president of Pax Christi International.

"The fact that 132 countries came together, found common ground and set the groundwork toward a treaty makes this a very successful beginning," Dennis told GSR. "The issue is back on the front page of a lot of newspapers."

She added, "It's a big job but I am more optimistic about [this issue] than I was a year ago."

Maryknoll Sr. Elizabeth Zwareva, a Zimbabwean who works at the Maryknoll Office for Global Concerns at the U.N., agreed that the boycott was not surprising, particularly given a new U.S. administration that many worry is embracing a bellicose approach to international affairs.

"It's not a good sign. Their absence was quite noticeable," she said of the U.S. and other major nuclear powers. "The excuse is always, 'This is not the time.' But when will be the time?"

Support for a treaty and the subsequent boycott essentially mirrors the vote in the United Nations' General Assembly in late 2016, when an overwhelming majority of U.N. members supported a series of conferences in 2017 to negotiate a "legally binding instrument" to outlaw nuclear weapons while eyeing the eventual goal of eliminating them. 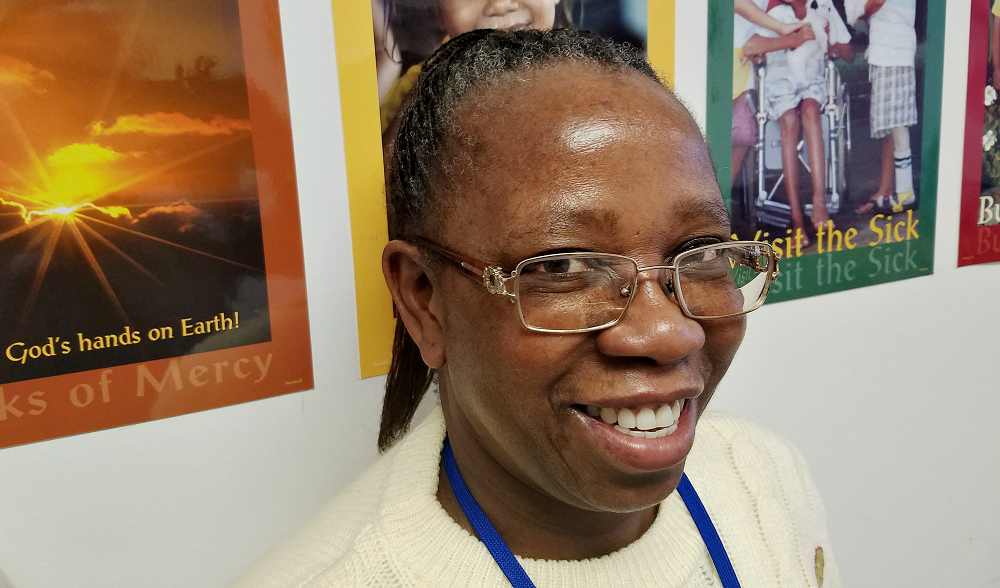 Key members of the U.N. Security Council, including the United States, the United Kingdom, France and Russia, opposed creating the negotiating conferences, which took place March 27-31 and are set to resume on June 15 and continue through July 7.

"Let us all work harder and more creatively, so that we can achieve our common goal of a world, safer and more secure, without nuclear weapons, and better for all," Kim Won-soo, the United Nations' high representative for disarmament affairs, said as the conference began on March 27.

In her remarks to reporters that same day, Nikki Haley, the U.S. representative to the United Nations, said there is nothing she wanted more for her family "than a world with no nuclear weapons," The New York Times reported. "But we have to be realistic," she said, as the rationale to boycott the talks. "Is there anyone who thinks that North Korea would ban nuclear weapons?"

But a key figure finding hope in the talks is Pope Francis. On the same day Haley and others announced the boycott, Msgr. Antoine Camilleri, the Holy See's undersecretary for state relations, publicly read a letter from Francis in the hall of the U.N. General Assembly in which the pontiff said, "We must fully commit ourselves to a world without nuclear weapons."

Francis said that the world must now "go beyond nuclear deterrence," adding, "the international community is called upon to adopt forward-looking strategies to promote the goal of peace and stability and to avoid short-sighted approaches to the problems surrounding national and international security." 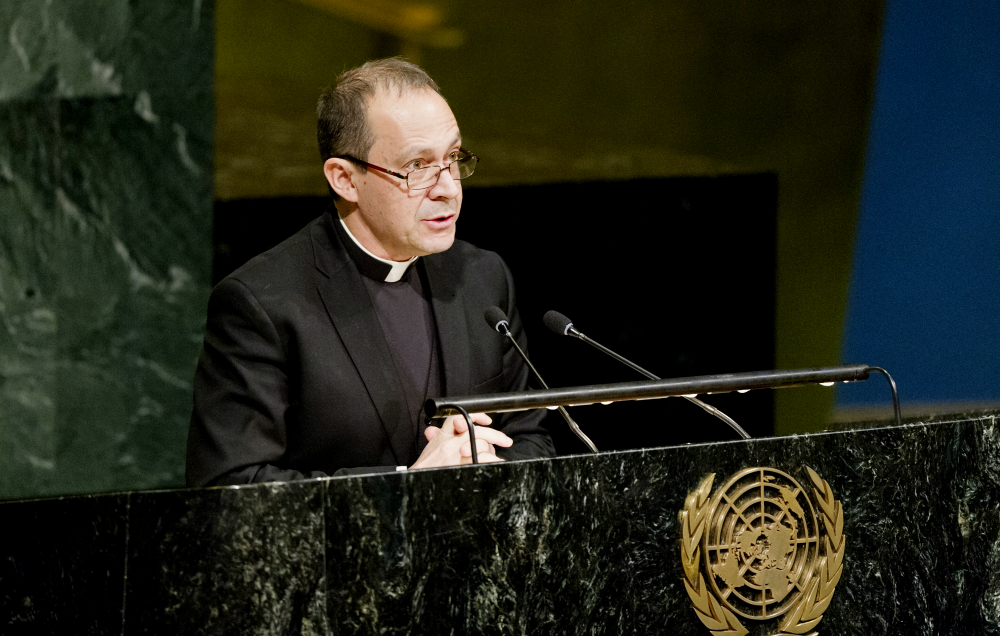 The U.N. conference was "inspired by ethical and moral arguments," Francis said. "It is an exercise in hope and it is my wish that it may also constitute a decisive step along the road towards a world without nuclear weapons. Although this is a significantly complex and long-term goal, it is not beyond our reach."

Guy Quinlan, president of the Lawyers Committee on Nuclear Policy, told GSR that the countries supporting the ban have been "frustrated by the total lack of progress for several years in negotiations among the nuclear states," as well as things "moving in the wrong direction, with all the nuclear states modernizing and enhancing their arsenals."

Quinlan said that proponents of a ban "hope that stigmatizing and de-legitimatizing nuclear weapons will eventually put pressure on the nuclear states." If the nuclear powers do eventually "break the impasse, they are much more likely to begin negotiating agreements among themselves" rather than joining the efforts for a ban treaty, he added.

None of this will be easy, he said, as progress "will first require breaking the impasse between the U.S. and Russia, which between them have more than 90 percent of the world's nuclear weapons."

Quinlan, who in an earlier interview said he worries greatly about the possibility of an accidental nuclear war, said "two preliminary steps" between the United States and Russia could be useful. One would be negotiating "a lowering of nuclear alert levels from the present 'launch on warning' mode which could reduce the danger of accidental war, something that Secretary of Defense James Mattis has supported in the past."

A 2015 report by the Global Zero Commission on Nuclear Risk Reduction plainly stated the challenges posed by nuclear weapons: "Warning and decision timelines are getting shorter, and consequently the potential for fateful human error in nuclear control systems is growing larger."

Another way to reduce the danger of an accidental nuclear exchange, Quinlan said, would be to restore "better channels of U.S.-Russian communication, including regular military-to-military contacts." 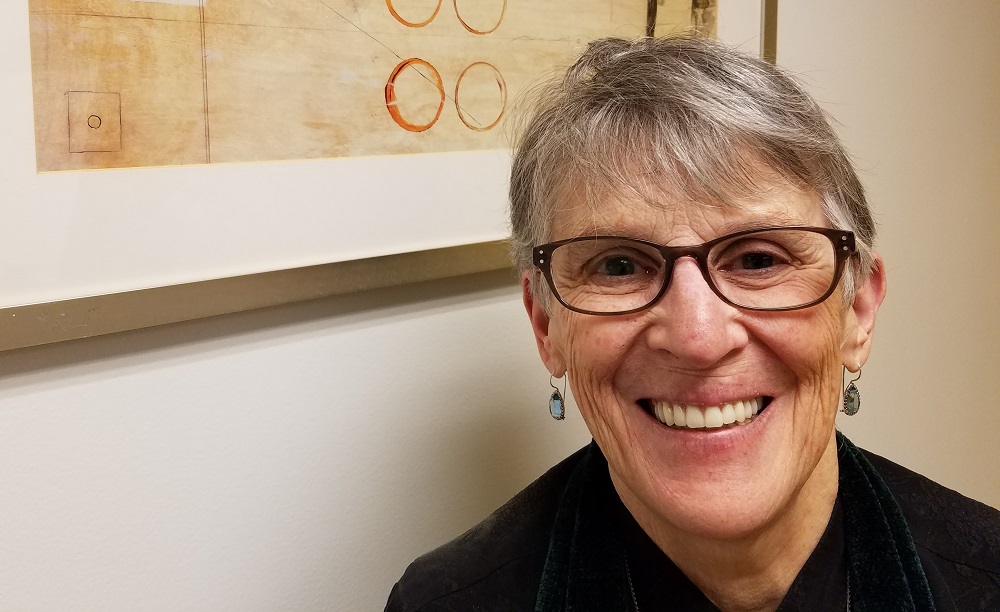 The issue of strategy becomes important as the United Nations continues its disarmament deliberations later this year. No one thinks it will be easy to pressure the nuclear states, say Hanrahan, Zwareva and Dennis. But public support for nuclear disarmament can be built over time, they argue.

"Pressure. Public pressure," Hanrahan said about what it will take to get nuclear powers to the table on disarmament. "You can't think pressure won't make a difference. It will."

Dennis said the argument is made easier within the Catholic Church because there is a long history of the church supporting abolition of nuclear weapons, though that support is often at "the highest levels" of the church rather than in parishes and Catholic institutions of learning.

Concern over the nuclear arms abated as the Cold War ended, and since then, "the issue has been like an echo over the mountains — always at a distance," Zwareva said. "Now we need NGOs, civil society and others to put the issue up front," she said of nongovernmental and activist groups. "It's a big task, to mobilize the public."

"People at the end of the Cold War believed, 'That problem has been solved,' " Dennis said of feeling that the nuclear arms issue went away. "People really thought that."

But amid growing international tensions on a number of fronts, the concern — and possible activism — can be revived, particularly as people see the threat even a so-called "limited" nuclear exchange could pose to an environment already affected by climate change.

"I absolutely believe there will be a re-emergence of grassroots energy on this issue," Dennis said, believing that it could have particular resonance with young people already concerned about climate change and the environment.

"Climate change and the possible use of nuclear weapons are the two existential threats to the planet," Dennis said.

That theme is also championed by Hanrahan, who calls them "the two dragons" outside humanity's door that pose grave threats.

Zwareva agrees, but takes encouragement that a majority of the world's nations are now aligned with groups seeking disarmament. "Peace, security and disarmament go together," she said. "It's a moral imperative."

US sisters turn their lands over to trusts, preserving them from development