Not all that long ago, family members and residents of this small town in western Uganda mourned the loss of Sarah Baguma, who was stabbed to death by her husband in a domestic wrangle.

Her cousin, Rachael Nabirye, told police that Baguma was stabbed six times in her abdomen and head.

"My cousin's husband accused her of returning home late before he began beating her," said Nabirye, who was staying with the couple at the time of the attack. "They had been fighting every time, and we had advised them to separate. It's very unfortunate that she had to die."

The killing highlighted how widespread domestic violence is in the East Africa nation. The situation is so serious that women religious of the Holy Cross Sisters have intervened by launching community discussions designed to increase awareness about the prevalence of family violence.

During discussions, women and other stakeholders are given the opportunity to share their experience and identify the causes and possibly solutions to the violence they face. Participants learn about their legal rights and are encouraged to report any form of violence meted against them to authorities.

Holy Cross Sr. Semerita Mbambu said the order introduced the effort in the hope of reducing, even ending, violence against women and girls. Many women facing domestic violence in their marriages or relationships have been rescued, taken to various parishes and given funds to start a business to generate some income, she said.

"We have realized that the main cause of domestic violence in many families is poverty," Mbambu told Catholic News Service. "Men don't want to work and support their wives. They want to drink alcohol the whole day and leave all responsibilities to the women. They beat their wives if they refuse to give them money for drinking alcohol."

Violence against women and girls is on the rise in Uganda despite stringent laws to protect victims and survivors. Gender-based violence increased from 38,651 incidents in 2015 to 40,258 in 2016, according to Ugandan police. Domestic violence is more common in rural areas than in cities, a report from police said.

Fifty-six percent of women 15 years and older experience physical violence, according to the 2017 Uganda Demographic and Health Survey. The findings show that local police agencies reported 341 women and girls were killed in domestic conflicts in 2015 and 2016.

Authorities have blamed Ugandan culture as the main cause of violence against women and girls. They have called on religious leaders to help society as a whole to understand the consequences of violence and the rights of everyone to live a violence-free life.

"The society believes that a man has a right to beat a woman," said Solomon Mugisa, a government representative in Kabarole district in western Uganda, where domestic violence has been increasing. "They beat women to maintain the status quo and they are celebrated by members of the society as heroes. I want to tell them that it's a criminal offense to beat a woman, and we're going to arrest perpetrators when such incidents are reported to us."

The Holy Cross Sisters have made it their mission to end violence against women, eliminate poverty and build communities of justice and love.

Recently, the Holy Cross Sisters joined other religious congregations in rescuing hundreds of women facing violence. Those rescued were helped with food and monetary donations and taught about their legal rights.

The sisters also conduct monthly meetings with other religious leaders to create awareness and seek solutions for the women living in dire circumstances.

Mbambu, who has been leading other women religious in a campaign against domestic violence, said empowering women and girls was the only way to protect their rights.

"We need to empower women by helping them start income-generating activities and also encourage young girls to go to school," she told CNS. "If we do that, our country is going to develop very quickly. We should remember that domestic violence hinders development in the country."

Joyce Mugasa, 35, said she appreciated the sisters' work in rescuing her from an abusive marriage and helping her to start a business. Mugasa recounted how her husband used to hit, kick and slap her while he was drunk. She said her husband had been mistreating her, but she had been holding on to the marriage because she had nowhere else to go.

"I want to thank the sisters for helping me and also saving my life," said Mugasa, a mother of three who now owns a grocery store in the town of Kabarole. "My husband used to beat me mercilessly, but I wanted to stay in marriage and raise my children. But when he threatened to kill me, I was forced to run and seek refuge in one of the parishes. I'm now free, and I thank God."

Back in Kyenjojo, Nabirye wished her cousin could have sought refuge in a church. She said she wants the government and the church to ensure that no woman goes through the same experience.

"I want to urge Sisters of the Holy Cross family to ensure that no woman dies in the hands of her husband because of love," she said. "They should help women who are suffering in silence in villages. I don't want any woman to go through the same situation as that of my cousin." 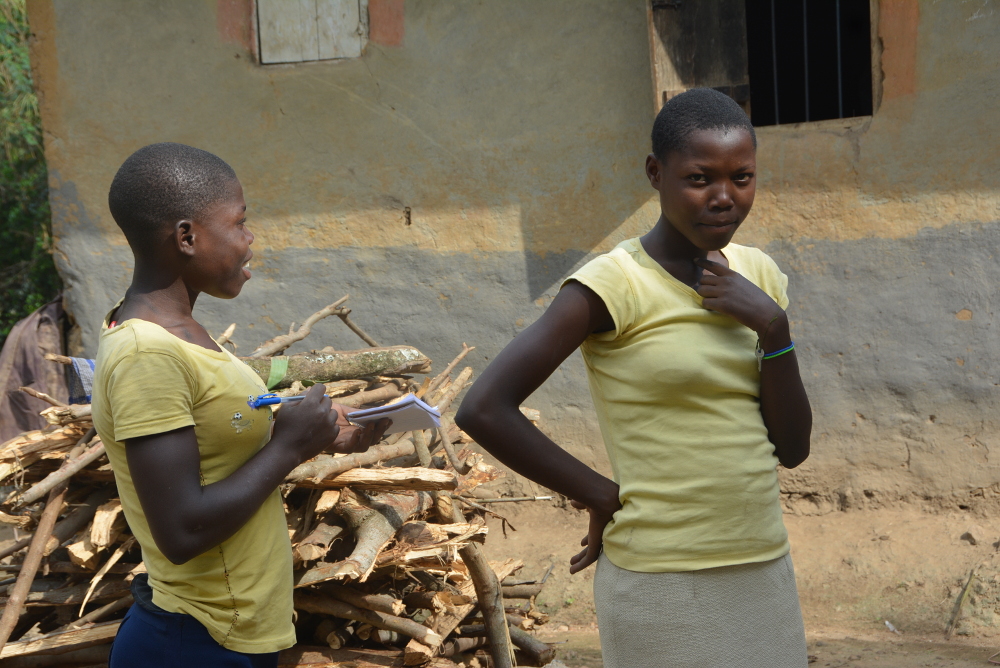