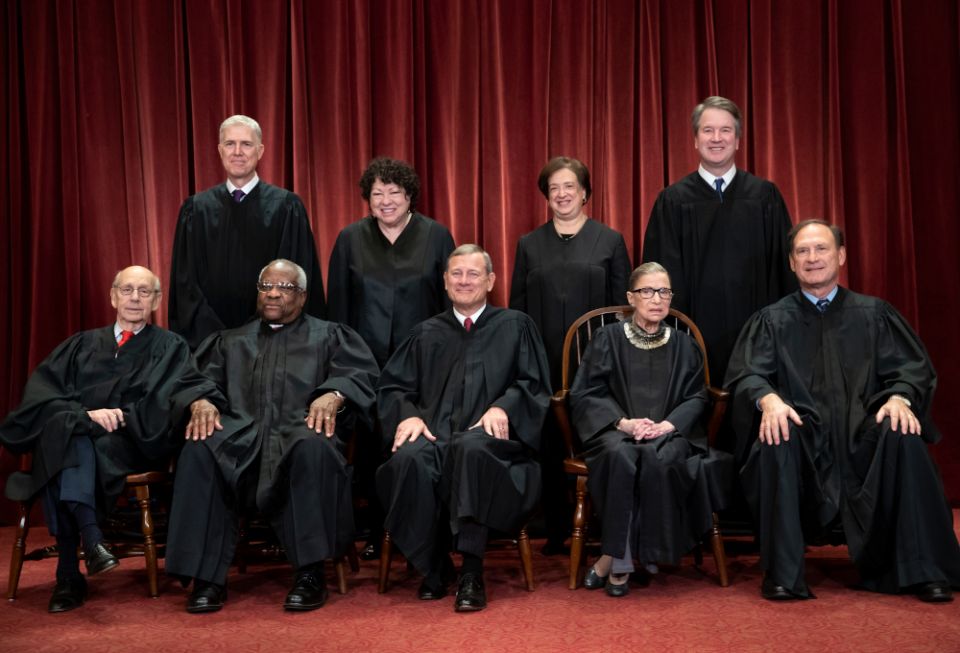 Washington — The Supreme Court seemed concerned May 6 about the sweep of Trump administration rules that would allow more employers who cite a religious or moral objection to opt out of providing no-cost birth control to women as required by the Affordable Care Act.

The justices were hearing their third day of arguments conducted by telephone because of the coronavirus pandemic. The first of two cases before them May 6 stemmed from the Obama-era health law, under which most employers must cover birth control as a preventive service, at no charge to women, in their insurance plans.

In 2017, the Trump administration announced it would broaden an exemption to the contraceptive coverage requirement that previously applied to houses of worship, such as churches, synagogues and mosques. But the change was blocked by courts.

The Supreme Court's four liberal justices suggested they were troubled by the changes, which the government has estimated would cause about 70,000 women, and at most 126,000 women, to lose contraception coverage in one year.

Chief Justice John Roberts, a key vote on a court split between conservatives and liberals, suggested that the Trump administration's reliance on a federal religious freedom law to expand the exemption was "too broad."

And Justice Ruth Bader Ginsburg, who joined the conversation from a Maryland hospital where she was being treated for an infection caused by a gallstone, gave the government's top Supreme Court lawyer, Solicitor General Noel Franciso, what sounded like a lecture.

"You have just tossed entirely to the wind what Congress thought was essential, that is that women be provided these .... services with no hassle, no cost to them," said Ginsburg, who is expected to be in the hospital for a day or two.

The court's conservative justices seemed more willing to side with the administration, with Trump appointee Justice Brett Kavanaugh suggesting the administration's changes might be considered "within the bounds of reasonable."

Beyond exempting churches, synagogues and mosques from the contraceptive coverage requirement, the Obama administration also created a way by which religiously affiliated organizations including hospitals, universities and charities could opt out of paying for contraception, but women on their health plans would still get no-cost birth control. Some groups complained the opt-out process itself violated their religious beliefs.

That opt-out process was the subject of a previous Supreme Court case, but the court, with only eight justices at the time because of the death of Justice Antonin Scalia, didn't decide the issue. It instead sent both sides back to see if they could work out a compromise.

That didn't happen. "Is it really the case that there is no way to resolve those differences?" Roberts asked at one point.

After the Trump administration took over, officials announced a rule change that allows many companies and organization with religious or moral objections to opt out of covering birth control without providing an alternate avenue for coverage.

New Jersey and Pennsylvania challenged the rules in court, and a judge blocked them from going into effect. The judge found the Trump administration did not follow proper procedures for issuing the rules. An appeals court agreed, and the administration appealed to the Supreme Court to step in, as did the Little Sisters of the Poor. The order of Roman Catholic nuns had been instrumental in challenging the Obama administration rules.

But on May 6, Justice Sonia Sotomayor questioned why the Little Sisters of the Poor were even at the court because for a number of reasons they don't have to provide contraceptive coverage. Sotomayor also referenced the coronavirus pandemic during her questioning, asking attorney Paul Clement, who was representing the nuns, whether an employer might be able to object to paying for a coronavirus vaccine. He said "no."

Even though the Trump rules remain blocked, a ruling by a federal judge in Texas in June already allows most people who object to covering contraception to avoid doing so.

In the second case the justices heard May 6, political consultants and pollsters were among those asking the Supreme Court to strike down a federal law from 1991 that bars them from making robocalls to cellphones. The case only arose after Congress in 2015 created an exception in the law that allows the automated calls for collection of government debt.

The court wrestled with whether it could get rid of just the government-debt restriction or would have to invalidate the entire ban on cellphone robocalls. "No one wants robocalls on their cellphone," Roberts said, though he typically votes for the challengers in free-speech cases.

The argument provided a light moment of the day when Justice Stephen Breyer got cut off when someone tried calling him. Breyer said after he rejoined the court's arguments: "The telephone started to ring, and it cut me off the call and I don't think it was a robocall."