When Anita Baird entered the predominantly white Daughters of the Heart of Mary in 1981, she says she was blessed to have a community that honored what she brought to the table as a black woman.

For example, when Baird was a novice, her superior fudged a rule that allowed only professed sisters at regional meetings to give Baird the opportunity to host a daylong session on black Catholic spirituality. Baird also recalls that when she would preach at various locations around her native Chicago, her sisters were always there to support her.

"This was foreign to them, but it was important to me," Baird said. "My superior knew this was a passion of mine, and she also wanted to affirm the gifts she saw in me for future leadership."

Not every black sister has been so fortunate, a fact historian Shannen Dee Williams chronicled when she presented on the last day at the 2016 Leadership Conference of Women Religious annual assembly, August 12.

"Black sisters' lived experience of Catholicism challenge the most fundamental assumptions that we have about what the church stands for," said Williams, who is in the process of completing her first book, Subversive Habits: Black Nuns and the Long Struggle to Desegregate Catholic America. "Indeed, they remind us that anti-black racism was a defining feature of female religious life, not only in the United States but throughout the Atlantic world."

Using images of black sisters throughout history, Williams went on to tell the story of how black congregations like the Oblate Sisters of Providence were often persecuted by local communities, and how black women in white communities faced numerous indignities — included being relegated to a second-class status by their own sisters.

Today, Baird is the United States provincial of the Daughters of the Heart of Mary, and she's strong proponent of the need for racial diversity in religious life. In fact, it was Baird who suggested Williams be invited to speak at the LCWR assembly after hearing the historian speak at Catholic Theological Union.

"As religious, we believe we're good people. And we are," Baird said. "But we also grow up in families; we're part of a world. And we're taught certain things." There's internalized racism, she said, even among women religious.

In order for women religious to be inclusive, Baird said, they must be open to not only have honest conversations about race, but also expanding their culture experiences — even if they don't yet have women of color in their community.

"What have you done in terms of your reading, your learning, looking at history?" Baird asked, "Because history's taught from one perspective. Who are you reading? What conversations are you having? What speakers are you bringing in?"

At this year's assembly, LCWR took a first step in addressing issues of race and religious life. Williams' presentation was meant to set the stage for this year's conference resolution, which committed LCWR members to "examine the root causes of injustice, particularly racism, and our own complicity as congregations. . . ."

But the breaking of chains wasn't the only justice action the sisters took part in. The night before, a group of sisters felt moved to take some sort of contemplative action against racism. Someone suggested there be a peace walk to the Centennial Olympic Park in front of the National Center for Civil and Human Rights, and the idea caught fire.

"The way it exploded says that the Spirit is with us as we move forward into this," said Sister of Providence JoAnn Showalter with a laugh. "We just have to work with the details."

About 180 sisters walked the 1.4 miles from the assembly hotel to the park, where, after standing in a circle for five minutes of silent prayer, they sang "Let There Be Peace on Earth."

"We're taking this contemplative action, which is an action that speaks to our faith in the power of nonviolent stances, and also in the power of love to transform," said Dominican Sr. Elise Garcia.

According to Baird's research on racism, it takes two to three decades for an institution to change, but she is optimistic about the future of LCWR and the future of religious life more broadly. She said the election of Sister of Charity of the Incarnate Word Teresa Maya, a Latina, as LCWR president-elect gives her hope.

"We've got to become more inclusive in this body, and we've got to call forth leadership from women of color and not just have them dancing and the prayer services," Baird said. "But we care about people, and if it's one group that I have hope that can really do that transformation, it would be women religious." 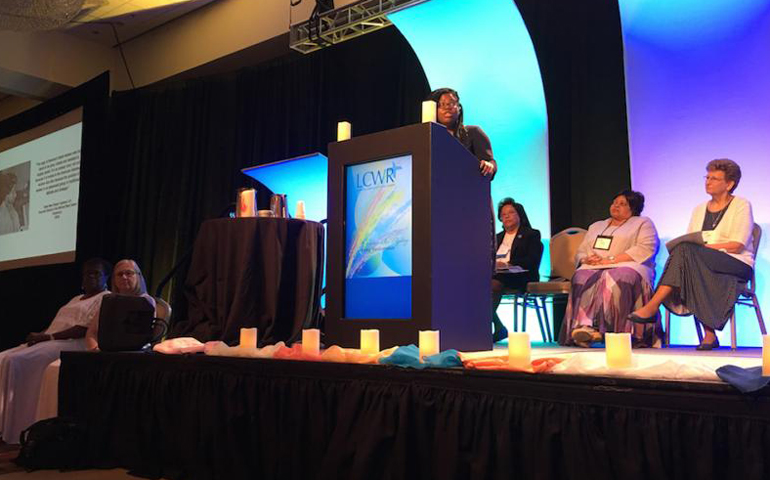 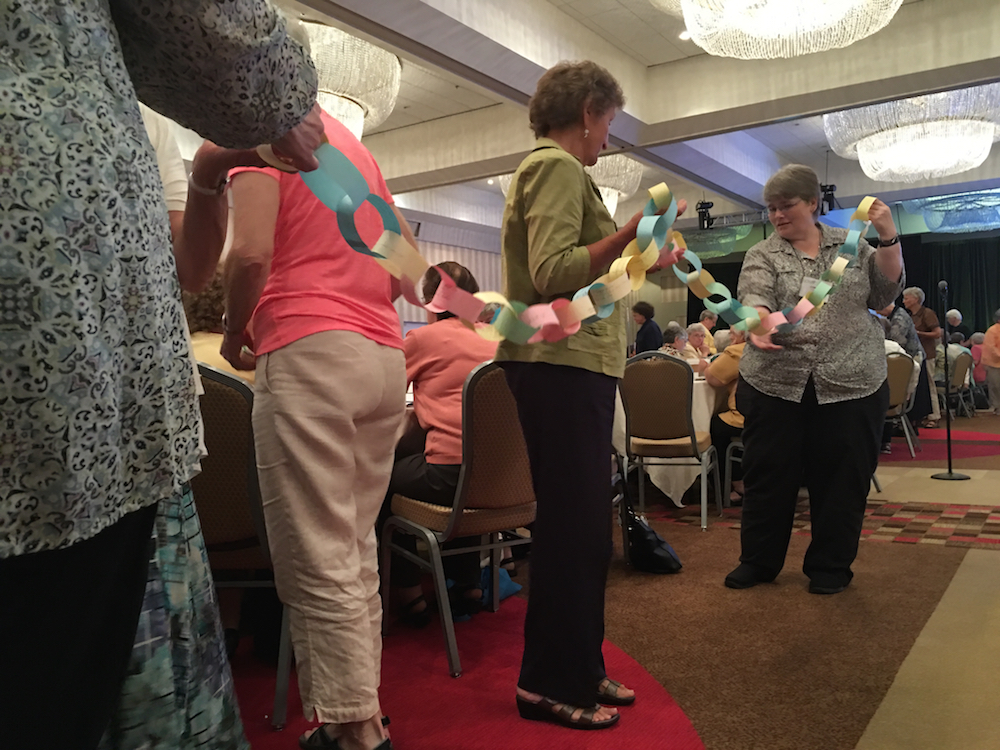 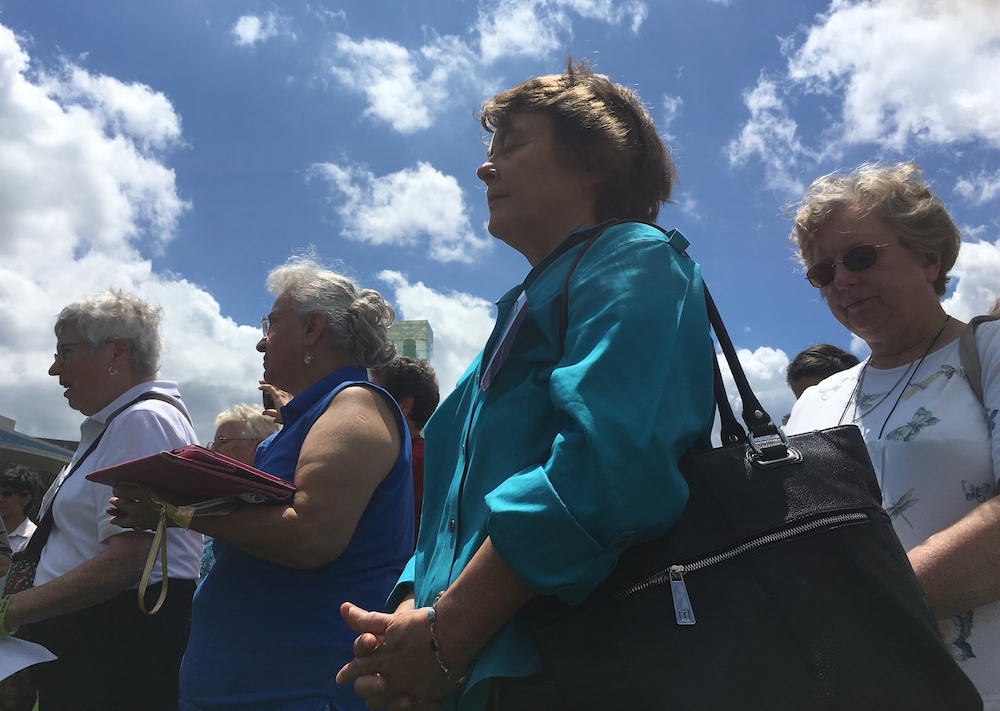