Released with nowhere to go, dozens of undocumented immigrants flooded a church respite center in McAllen, Texas, after the Border Patrol set them free without bus tickets in July. The facility added an extra tent to accommodate the numbers.

“We have had upwards of 60 to 65 people spending the night over the last few weeks,” said Deb Boyce, volunteer group coordinator for Catholic Charities of the Rio Grande Valley. “Our numbers have almost doubled because they were being released without bus tickets. They had to stay overnight.”

After last summer’s immigration surge at the southern border, Sacred Heart Church opened a respite center to give immigrants food and temporary shelter in air-conditioned tents after they were released from Border Patrol facilities. The center was meant to provide refreshment for a few hours while travelers waited to catch a bus or plane out of McAllen. Last fall, after the number of immigrants waned, one tent was removed.

Although the Border Patrol usually made sure immigrants had travel tickets before releasing them at the bus station, respite center staffers said more and more were arriving without transportation arrangements. To accommodate the overnight guests, the city of McAllen brought back the second tent.

“For the most part, Border Patrol, or ICE, they do their best,” said Sr. Norma Pimentel, executive director of Catholic Charities of the Rio Grande Valley, “but sometimes they are not successful and so when that happens we receive more people without a ticket.”

“ICE routinely coordinates release plans and travel arrangements with family members of people being released from custody in the Rio Grande Valley,” said Nina Pruneda, a public affairs officer for Immigration and Customs Enforcement. “There were recent instances where, while ICE contacted family members, confirmation of ticketed travel was not received. ICE is now again ensuring ticketed travel confirmation is received before releasing individuals from custody."

Josh Ramirez, director of the Health and Code Enforcement Department for the city of McAllen, said the number of arrivals at the respite center peaked when 62 people spent the night on July 21.

After being notified of the problem by the respite center’s project manager, Ramirez added the extra tent, a donation from the Salvation Army, July 31. The city has supported the center by supplying a security guard along with other items and securing air-conditioned tents, mobile showers and restrooms from non-profits.

“The city of McAllen has been wonderful in supporting this humanitarian relief effort,” Boyce said. “I think it’s a model program for the world.”

Pimentel and Boyce estimate that around 100 people arrive at the center each day needing food and clothing. Although many don’t spend the night, the increasing numbers of people without bus tickets have stretched their resources. At times, Pimentel said, they had to “hustle” to collect donations.

To handle the crowds, volunteers of different faiths from around the country responded to calls for help on Facebook. “We have had people of all political persuasions.” Boyce said. “Politics are parked at the door.”

But even if the number of immigrants without bus tickets declines, Pimentel said she is thinking of making the respite center more permanent.

“I see that in the future we should move in that direction,” Pimentel said. “It looks like until the problem in their country gets fixed and they [immigrants] don’t have to migrate into our country, it looks like they are going to continue to come.”

Ramirez believes that the numbers could increase. According to Ramirez, the local Border Patrol and ICE have been "stating that there could be an increase in the numbers due to some federal laws that could change,” he said. “We don’t know what that is, but we’d just like to be prepared just in case.”

Immigration officials may have been talking about the recent ruling by a federal judge who found that detaining mothers and children violates the 1997 Flores Settlement Agreement. The judge is giving the federal government 90 days to comply. That could mean more women and children will be released at the border instead of going to detention facilities.

“We are not going to leave them stranded at the bus station,” Boyce said. “We’re living the gospel, Matthew 25. We’re welcoming the stranger we’re giving them the opportunity for a warm meal a warm shower, new clothing, toiletries, new shoes.” 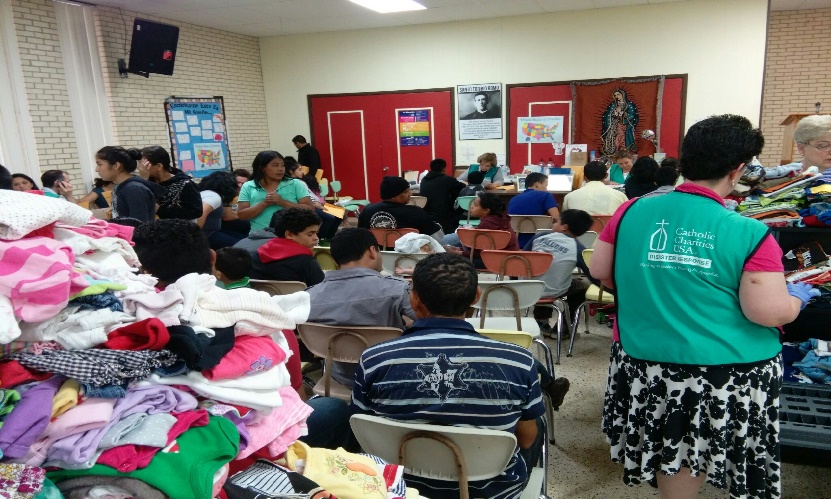 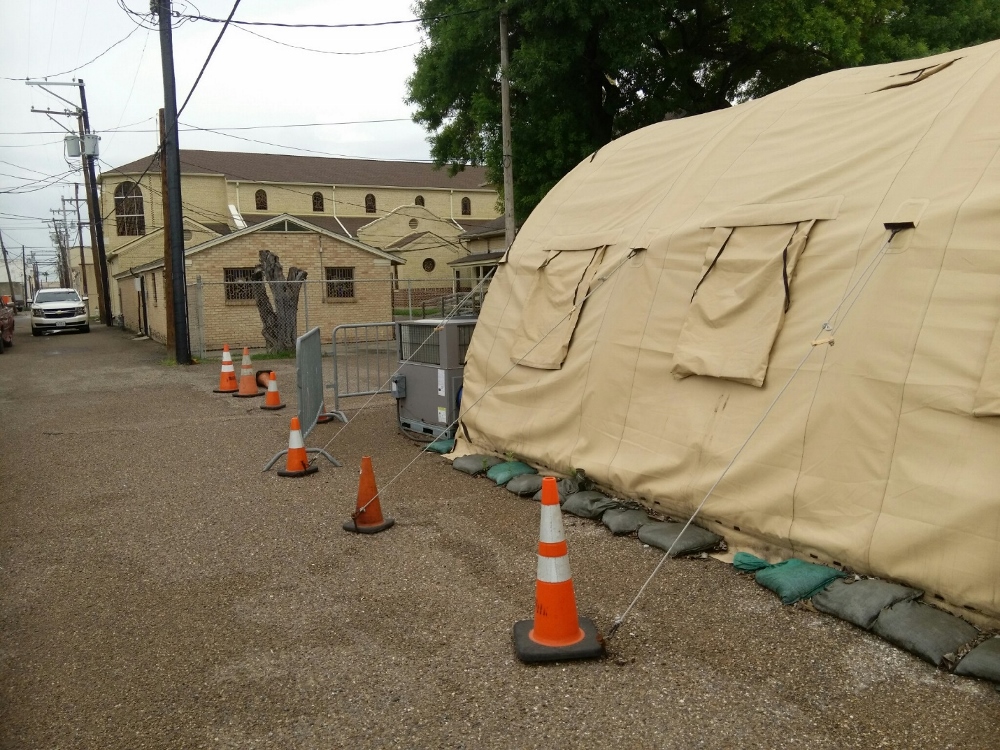 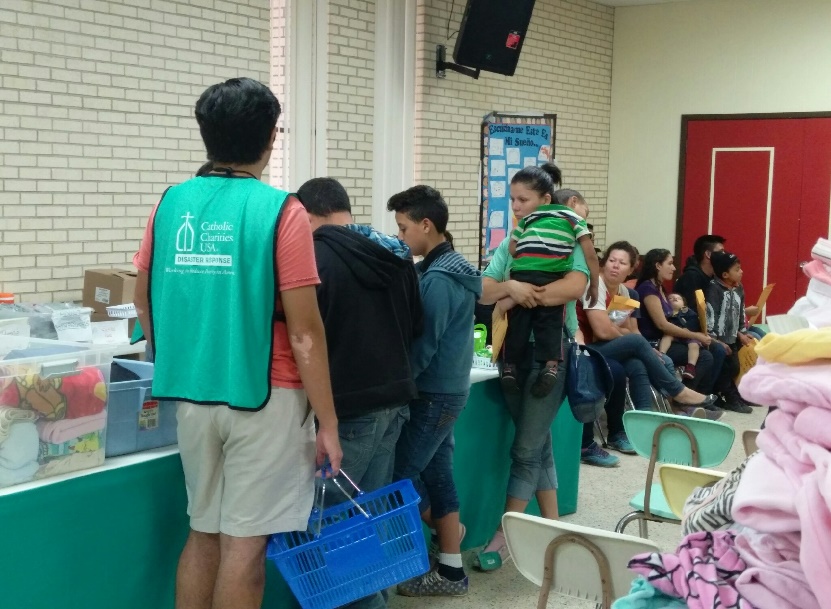