More than a decade after war disrupted their lives in Mosul, Iraq, Chamel Sarmad Gazgouz and his family now find themselves part of the human tidal wave of refugees seeking safety in Lebanon and neighboring countries.

Their journey took them first to Al-Hamdaniya, Iraq, for nine years. Then in 2014 as the so-called Islamic State (ISIS) posed a new threat, they fled to Erbil in Kurdistan, staying just three months before ISIS again appeared. So, the family set out for Lebanon — "a Christian country" as Gazgouz's wife, Amira Hamokan Bolos puts it — and with hopes that they could eventually land in Europe or elsewhere. They have resided in Beirut since November 2014.

At age 48, Gazgouz knows it will be difficult to start a new life elsewhere. But he is still betting on doing so in a Western nation — Germany, Canada or the United States — than in Iraq or in Lebanon. "We don't have a country," he said. "It's gone."

One reason the family is so determined to see their quest through is for medical reasons. Three of their five children, ages 8, 14 and 15, suffer from a genetic spinal condition that leaves them incontinent and bed-ridden much of the time.

For day-to-day medical needs they are grateful for a nearby dispensary, or medical clinic, run by a consortium called the Assembly of Female Religious Congregations. Located in the Nabaa-Bourj Hammoud area, the clinic provides medical care and also food packages for a clientele that includes Iraqi and Syrian refugees, as well as Lebanese seeking assistance.

Sacred Heart Sr. Jean-Marie Channis directs the clinic's work. The clinic sees about 500 to 600 people in a month — maybe up to 150 a week — and there has been a decided uptick in the number being served in the last year or so, she said.

Given limited resources, there is only so much the clinic can do, she said, though acknowledges the welcome support of such groups as the Catholic Near East Welfare Association/Pontifical Mission.

"Yes we feel the pressure," she said. "They [the clients] have lot of demands and needs, and we can't cover them all."

In the midst of the largest movement of population since the end of World War II, and with civil war in Syria and civil unrest in Iraq still raging, cities like Beirut are feeling the pressure like never before.

Much of the world's focus in the last year has been on Middle East refugees headed to Europe — with dramatic images of people bound for Europe in boats, often with tragic results. Less known and less visible are the realities of refugees stuck in Lebanon and neighboring countries.

The announcement earlier this week that Russia will start to withdraw its forces from Syria is encouraging news, say refugees and humanitarian workers in the region, and may help end that five-year conflict.

But the pressure points in Lebanon are real, and may be reaching a boiling point. Tony Keady, a Lebanese project director for the humanitarian agency Jesuit Refugee Service (JRS), says that assistance for Syrian and Iraqi refugees is absolutely necessary now.

The outside world, he said, also needs to see that the pressures on Lebanon and its citizens are considerable. "It's a small country," Keady said. "People are saying, 'We don't have work.'" That is one reason why JRS's response to families in Nabaa-Bourj Hammoud includes providing food assistance to Lebanese who need it.

That is a welcome salve. Though there is a long tradition of Syrians working in Lebanon as laborers, Lebanese are worried, and even angry, about the numbers of Syrians they say are taking away jobs at lower wages. In its 2015 profile of Lebanon, the United Nations' refugee agency noted these problems, saying, "The impact of the Syrian crisis — including on the economy, demographics, political instability, and security — continues to deepen across Lebanon." It added: "Lebanon's exceptional hospitality will be extremely stretched."

Stretched is perhaps understating it. Khaled Kabbara, a Lebanon-based spokesperson for the U.N. High Commissioner for Refugees, said that the total number of Syrians registered as refugees with the agency now living in Lebanon is 1,067,785. There are also nearly 10,000 Iraqi refugees or asylum seekers, and smaller numbers of refugees from other countries. In addition, Lebanon hosts a substantial Palestinian population that may be as high as 450,000.

In a country where the permanent population is estimated to be about 4 million — and in an area that is slightly smaller than the size of the state of Connecticut — that is a remarkable influx of people, say those responding to the crisis. Keady of JRS calls it "high-tension."

Where are the new arrivals living? Kabbara said nearly 60 percent of Syrian refugees in Lebanon are in "substandard shelters, including garages, warehouses, unfinished buildings and tents." Another 17 percent live in tents in camps or informal settlements. And the rest find apartments. Among them is Hanan Hretan, 36, her husband, Khaled Dibo, 44, and their five children.

Like others, the family is dealing with landlord pressures. While Lebanese will often say that landlords favor Syrians, Hretan and her husband, a day laborer, say their landlord wants to raise their rent from U.S. $400 to $600 for a small two-bedroom apartment. Now in their fourth year in Lebanon, and in their third home, the family of seven is struggling to stay put.

Sharleen Issa and Sleiman El Khoury, both Syrian humanitarian workers with JRS, note that families like Hretan's have no legal status in Syria and, thus, no legal recourse to fight a landlord. At the same time, they don't want to emigrate to the West. Their hope, said Hretan, is that "the raging war" in Syria will end. "I am praying to go back to Syria," she said. "Without hope you don't live."

Davide Bernocchi, country representative for Catholic Relief Services, says he is amazed by "how well the Lebanese have been able to cope with the situation," adding that, "all in all, social tensions remain under control."

History and social relations — with a long tradition of welcoming the stranger — account for some of this. "The Middle East, unfortunately, is used to tragedies, to man-made disasters," Bernocchi said in a recent interview at the Beirut CRS offices. "The key to understanding the Middle East is that it's a region that has always found a way to cope. Coping-mechanisms are at the heart of life skills for the Middle Eastern people."

But Bernocchi and others acknowledge that a lot, and perhaps too much, is being asked right now of Lebanon — a country still recovering from years of its own civil wars and conflicts with neighboring Syria and Israel.

"I'm surprised the country hasn't blown up," said Jesuit Fr. Tony Calleja, who oversees Jesuit Refugee Service's work in Lebanon. He paused, then surmised why that has not happened. "The country can't afford to blow up."

Catholic institutions have remained steadfast during the ongoing crises, with members of Catholic orders and congregations still at the forefront of Lebanon's educational and health institutions — most of which serve more Muslims than Christians.

"The church and the sisters are always working at the service of everybody," Bernocchi said. "The church is really embracing its social mission and working for the common good."

In the Beirut medical clinic, that means Salvatorian Sr. Susanne Rahhale, 62, a self-described "nursing sister," is on duty every morning, dealing with a patient load she said has tripled in the three years she has been at the facility.

Yet and she others feel they have no other choice. "We are giving some hope for the patients."

Similar aspirations undergird the work of such congregations as the Antonine Sisters, a Lebanese Maronite Catholic order that has education and health ministries throughout Lebanon and is among the many groups responding to the refugee crisis.

But as a congregation that has a long history in Lebanon, the sisters see today's "huge needs" as part of a larger story of crises that have enveloped Lebanon, said Sr. Judith Haroun, the congregation's general superior.

The pressure is intense right now, she said, but Lebanon has faced crises before and has survived. "We are not worried, worried, worried. But we are searching for a solution" — a solution to the wider issue of how to end wars in the region and achieve some level of peace.

Having the long view is essential, said Antonine Sr. Isabelle Nassif, local superior of Our Lady of Grace Convent.

"If you think only politically, you'd go crazy," she said. "But we can't just rely on that. We pray, we hope, we rely on God. Everything is in his hands. We know that."

Chamel Gazgouz's family also talks about endurance and hope, strength and fortitude — not to mention God's mercy. The family is intact — no one died while in Iraq, and all survived the troubled passage from Iraq to Lebanon.

But difficult moments are common. Gazgouz, a former driver for a bank manager, can't find work legally. So the family is making do — just barely — from his wife's salary as a caregiver to an older woman. Medical bills and rent are eating up the family's bare income.

Just the other day the family was saddled with a $180 medical bill — the sister's medical clinic can only provide so much in assistance. "It's very difficult. We are suffering here," said Amira Hamokan Bolos. "It's very expensive in Beirut."

They are waiting for a promised phone call from the United Nations refugee agency about the family's official refugee status which will determine whether they go to another country or remain in limbo in Lebanon.

Two weeks ago, Gazgouz went to the agency inquiring about any news. He was told to wait for the call and not to come back. Khaled Kabbara, the UNHCR spokesperson, said waiting is, unfortunately, part of the process. It can take months — or longer. "It is a lengthy process, as it entails several interviews to be conducted and depends on case-by-case basis," Kabbara said.

Would Gazgouz ever return to Iraq? He shakes his head. He doesn't even have to say "no." 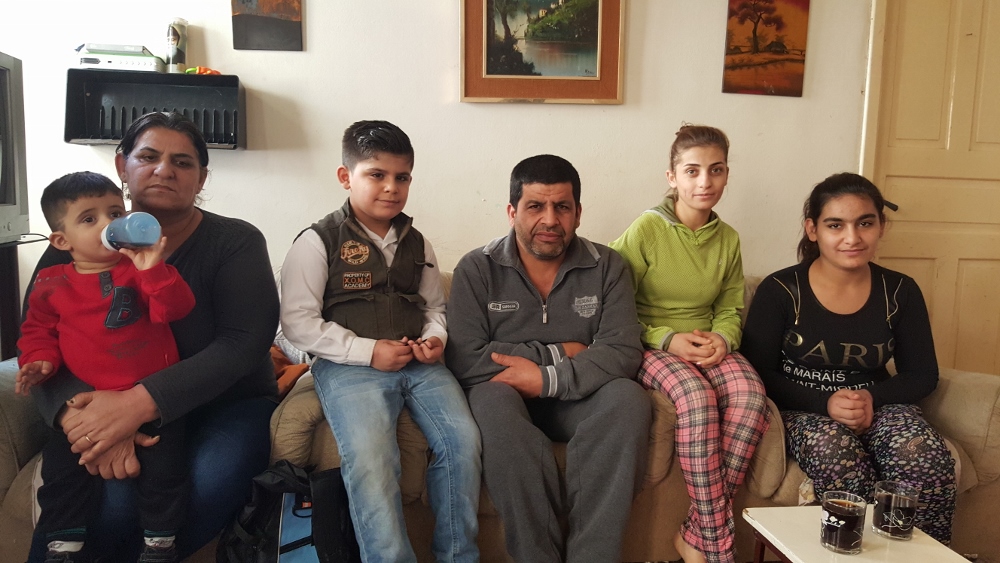 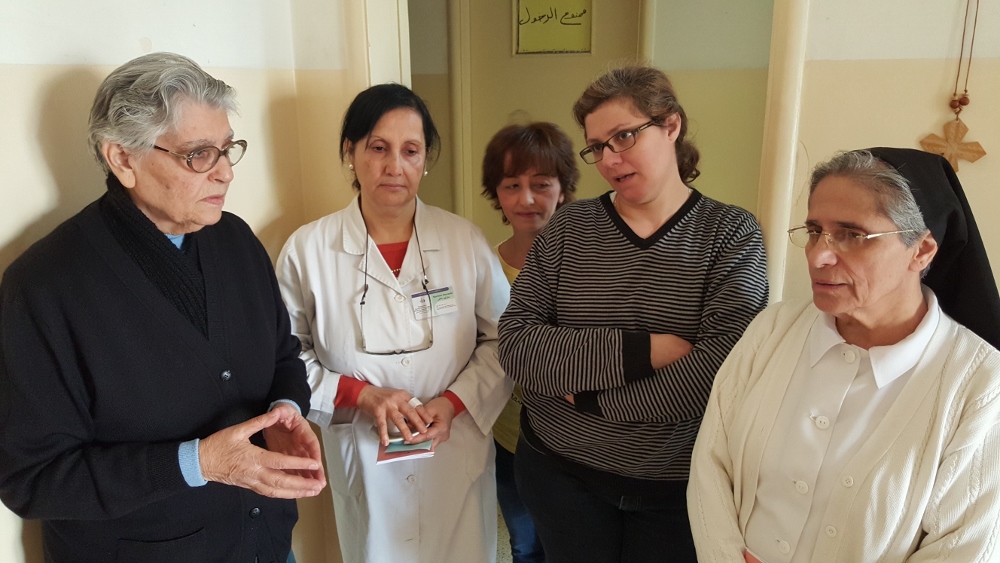 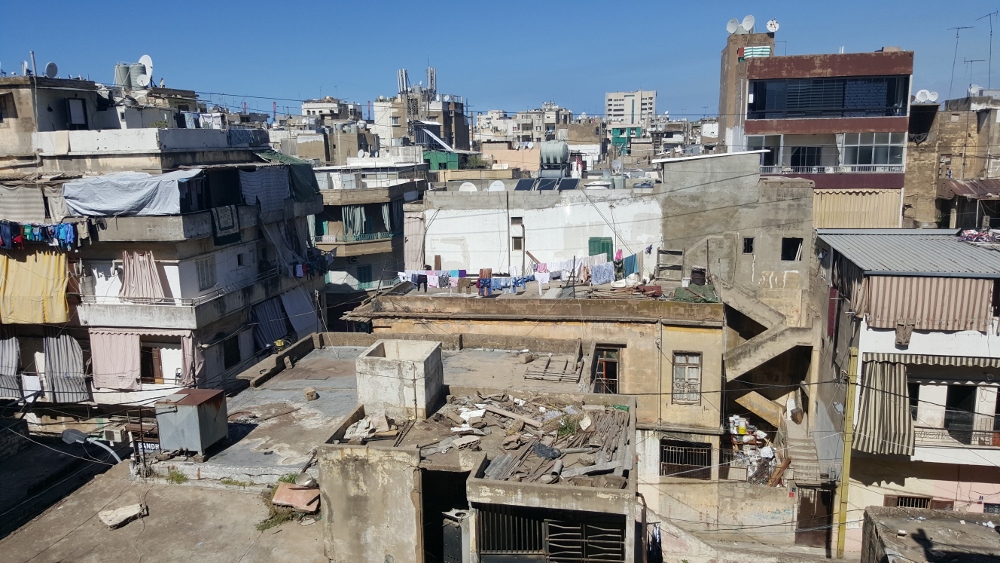 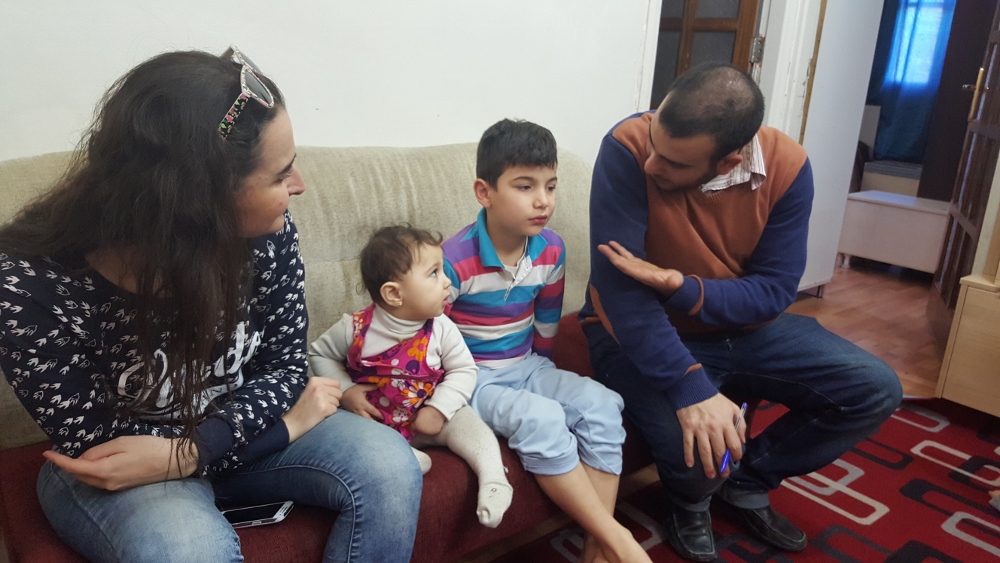 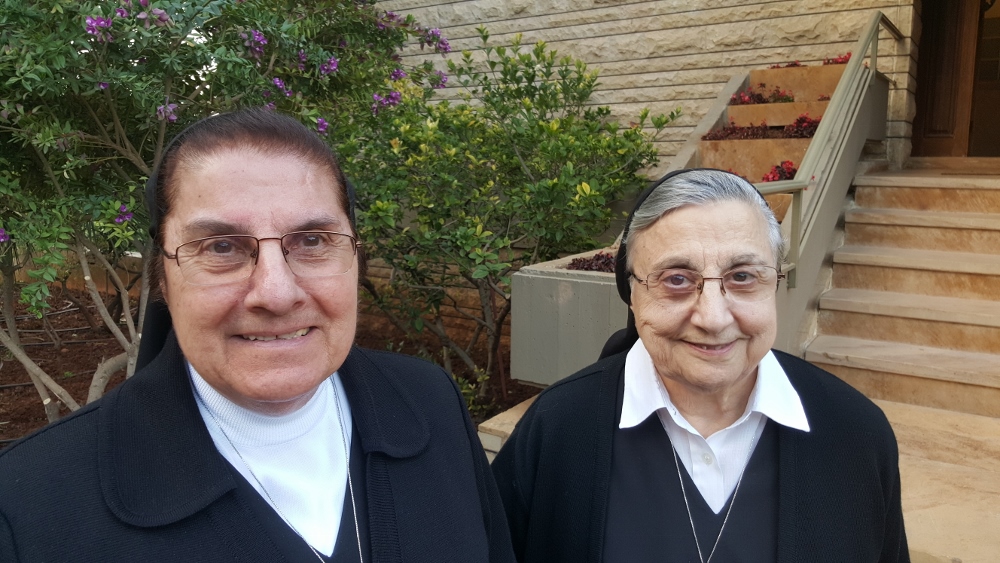