The life, work and tragic death of Sr. Dorothy Stang is commemorated in books, documentaries, an opera, a U.S. congressional resolution and a United Nations Award in the Field of Human Rights. A study center — the Sr. Dorothy Stang Center for Social Justice and Community Engagement — was established at Notre Dame de Namur University in Belmont, California, in 2008. One of nine children born in a farming family in Dayton, Ohio, Stang applied to join the Sisters of Notre Dame de Namur at the age of 18. While she initially wanted to serve as a missionary in China, she lived and worked in Brazil for almost 49 years. She first arrived in Brazil in 1966 with five other sisters and, after learning Portuguese, trained catechists and taught religion to adults.

As Brazil's government encouraged poor people to move to the Trans-Amazonian region, Stang joined the homesteaders in the state of Para. But obstacles in distributing land — mostly ranchers and developers who resisted the land distribution programs and corrupt local authorities — presented challenges to those seeking a new, more equitable life. In Anapu, she helped develop a new form of agrarian system to help small farmers and formerly landless agricultural workers work the land in a sustainable way.

Related: Follow our love for the poor: Dorothy Stang

She also helped create schools and get teachers trained. On Feb. 12, 2005, on her way to meet with a group of poor farmers, she was confronted by hired assassins. Raising her Bible toward them, they fired six shots, killing her. Four men were arrested and charged with the murder a month later, and eventually convicted. A fifth man, said to be behind the plan, was recently ordered back to prison.

Thousands of people attended her funeral in Brazil and memorial services were held around the world. She has been formally recognized by the Vatican as a modern day martyr. Commemoration ceremonies are held frequently to honor her work and legacy. The "Spirit of Dorothy Stang", for instance, was created on the fifth anniversary of her death by the Archdiocese of Cincinnati. It is presented toparish staff members, parishioners, and faculty, staff and graduating seniors of Catholic high schools who are nominated and demonstrate the values Stang exemplified: solidarity with the poor and care of the Earth. In 2018, the award was given to 15 students and teachers at Catholic high schools in the diocese.

Back to: 'The religion of this people is their land,' say Sr. Dorothy Stang's successors 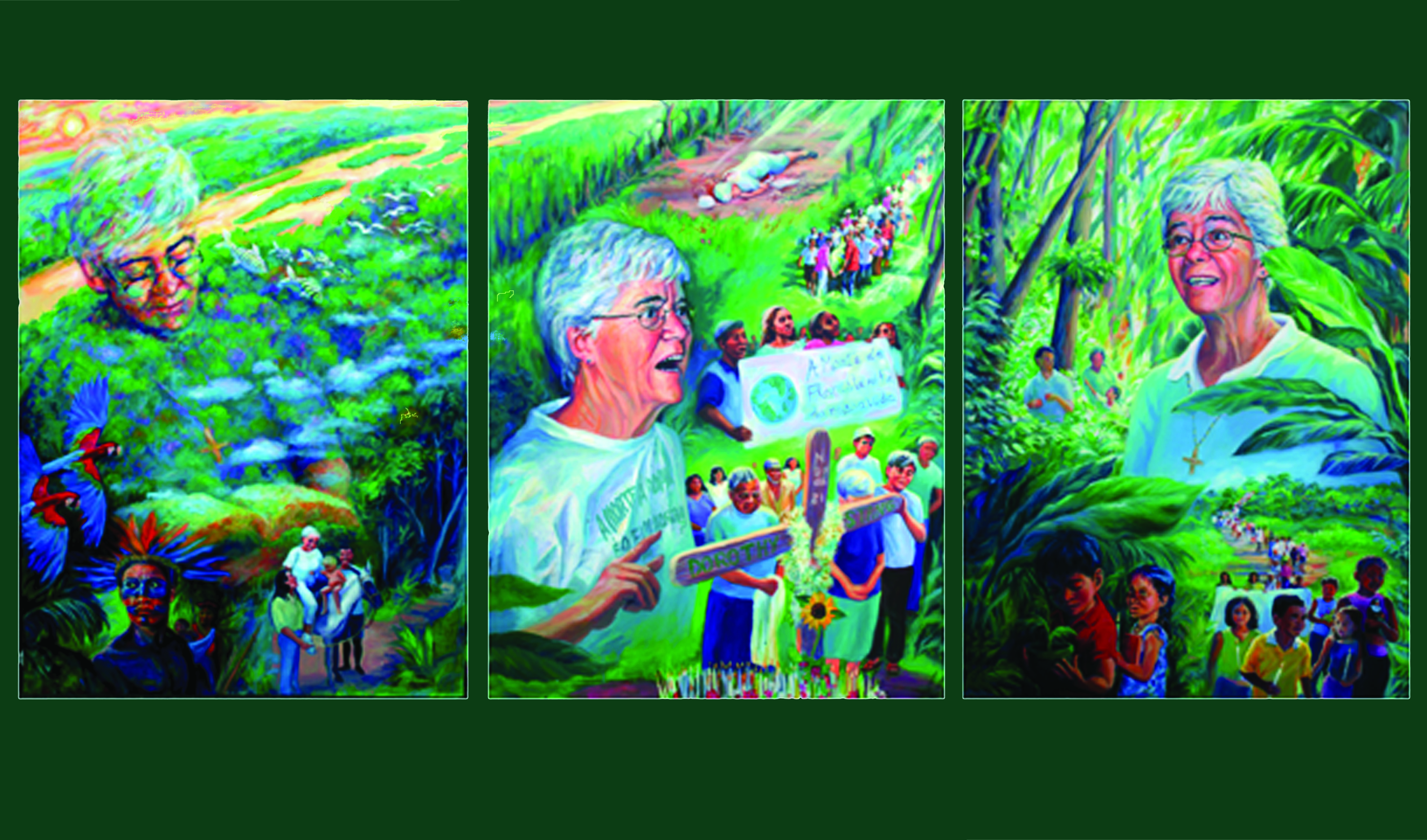