Ever since she was a young teenager, Sr. Clara Pitchai has worked to promote the welfare of domestic workers in India. Her interest prompted her to become a card-carrying member of the Communist Party for 14 years.

"I have found Gospel values in Marxism," says the sari-clad nun, who has done comparative studies on Jesus Christ and Karl Marx. The Oblate Missionaries of Mary Immaculate sister stepped away from the party in India years ago, although she stays in touch.

"I resigned from it in 2005 when I realized domestic workers were not a concern or priority for the party's local leadership," Pitchai told Global Sisters Report recently.

The 57-year-old nun has dedicated her life to domestic workers, who she says are among the most marginalized and neglected people in Indian society.

Pitchai now works as a trade union leader based at Madurai, a major city in the southern Indian state of Tamil Nadu. She leads the Tamil Nadu Domestic Workers Union, which has more than 5,000 members.

"As a social activist working for the poor, I find the Marxist party is still the best among pro-poor political parties in India," she asserted.

That is the reason she continues to associate with the party as a nonmember, attending local meetings whenever invited.

She says her reading on Marxism has convinced her that Christ's teachings and Marxist ideology have "convergences and similarities," such as a concern for poor and exploited people, and their ideas on classless society, justice, equality and human rights.

Pitchai has put her convictions into practice.

She now motivates and empowers the staff of the trade unions and the local leaders of domestic workers. She educates them on social justice and conducts leadership training programs for various groups.

Her students come from all religions, castes and political affiliations, she says.

When a problem arises in any part of Tamil Nadu, the nun visits the place to study the situation and find solutions.

Some cases are settled at the employers' homes, where many domestic workers live, others at police stations or in the courts.

"I'm involved in lobbying and advocacy as well. Every year, I organize sit-ins and rallies to demand from the government new legislation and welfare programs to benefit domestic workers," she explained.

Although she is a Marxist sympathizer, her union has no political affiliation. "But we get issue-based support from leftist trade unions in the state," she clarified.

The Catholic nun has resolved several cases in the last 25 years.

She recently handled a false case brought against a 40-year-old domestic worker by her employer.

"She came crying to me and told me that her employer had implicated her in a theft case. She pleaded innocence to me, but the employer ignored her pleas and filed a police complaint."

The woman became dejected when the police started questioning and harassing her. "I went to the employer's house and tried to sort out the matter. I also went to the police station and met the officer to present the domestic worker's version of the case," Pitchai said.

The nun argued that there was no evidence of theft. After a few rounds of mediatory talks, the employer as well the police realized the woman was innocent. "It was a case of the employer's misunderstanding."

Pitchai's trade union works in solidarity with the National Domestic Workers' Movement founded in 1985 by Sr. Jeanne Devos, a Belgian member of the Missionary Sisters of the Immaculate Heart of Mary, in the western Indian city of Mumbai. Devos, who worked from Mumbai, left for her home country a few years ago.

Pitchai says the movement now operates in 17 of the 29 Indian states. The movement and Pitchai's union ensure safe conditions for domestic workers, protecting them from cruelty and exploitation.

They also work for the domestic workers' capacity-building and empowerment and join their struggles for justice.

Pitchai says the domestic workers seek social security for those without income, fair and minimum wages, maternity leave, and protections against sexual harassment.

Sr. Christin Mary, national coordinator of the domestic workers' movement, says they collaborate with Pitchai's union to fight for the rights of the domestic workers. "When we work hand in hand, there is more power, and the demands of workers get stronger support from people and government agencies," the Immaculate Heart of Mary sister told GSR.

She finds Pitchai to be an "energetic person" whose "contribution to uphold the rights and dignity of domestic workers is remarkable."

The national coordinator hailed Pitchai as an asset to their movement.

"Her tireless commitment and dedication for the cause of domestic workers is very inspiring. I have learned from her many skills, like organizing and motivating people to fight for their rights," Mary said.

The members of Pitchai's union say they have found dignity in their work after joining the movement.

"Earlier, I felt I was being looked down upon by others. After attending Sr. Pitchai's classes, I realized that we are like any other workers in society," said Seetha Lakshmi, a domestic worker in Dindigul, a town near Madurai.

The 48-year-old mother of two married daughters said that the nun's union has "helped us to demand better salaries, better working conditions and holidays from the employers."

She said they are confident that Pitchai would come to their aid immediately whenever "domestic workers like me face problems at work and in our personal life."

Pushpa Saravanan, a domestic worker in Chennai, the capital city of Tamil Nadu, agrees. "The union has also taught us how to conduct ourselves at work and what to expect in return from employers," the woman, who is now a part-time staff member of the nun's union, told GSR.

She says the union has given her a sense of equality with other workers in society.

One of Pitchai's challenges is to help domestic workers who live in the homes of employers.

"Meeting them to hear their grievances becomes difficult as they are unable to come out of the homes regularly. So, regular interaction with them becomes impossible."

Pitchai, a native of Kanyakumari at the southern edge of Tamil Nadu, says working for impoverished and downtrodden people came naturally for her. "It was my childhood desire to devote my life for poor [people]," she said.

She started her community work at age 13 and it grew from there. "From 1982 to 1991, I organized fish workers in my home district," she recalled.

She said her parish priest and friends then told her the best way to serve poor people was to become a Catholic nun. "After much reflection, I decided to join a religious congregation."

She became an Oblate in 1992 and plunged headlong into the work for the domestic workers. "There was no looking back," she added.

Pitchai says her congregation has been supportive of her work. "It never asked me any questions or raised any objection when I joined the Communist Party," she recalled.

Sr. Mercy Savariyaradimai, who heads the congregation in seven Asian countries, hails Pitchai as a "very dedicated worker" who fights for the rights of marginalized people.

"We gave her all support and stood by her when she joined [the Communist Party]. She is bold and can speak to politicians, the rich and powerful with ease," the regional director, who is based at Kanyakumari, told GSR in a phone interview.

Savariyaradimai also points out that Pitchai intervenes "whenever and wherever" a problem affecting the people arises. "She literally lives for them and works for their well-being," the 60-year-old superior said.

[Philip Mathew is a journalist based in Bangaluru, southern India. He edits Asia Pacific Ecumenical News and writes for Matters India, a news portal that focuses on religious and social issues.] 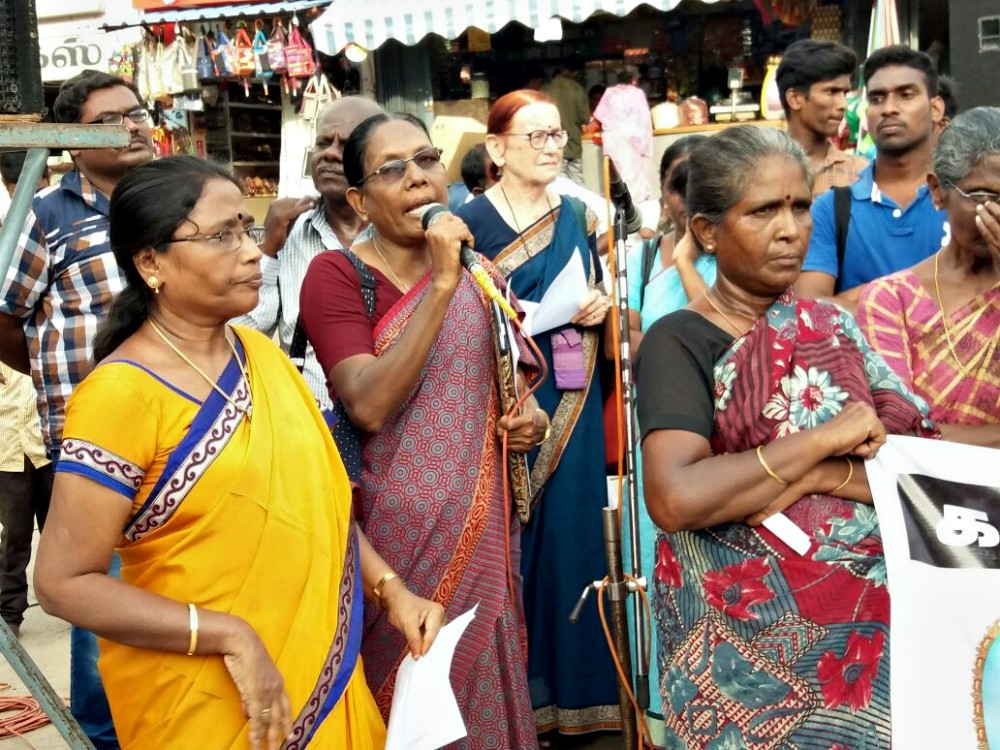 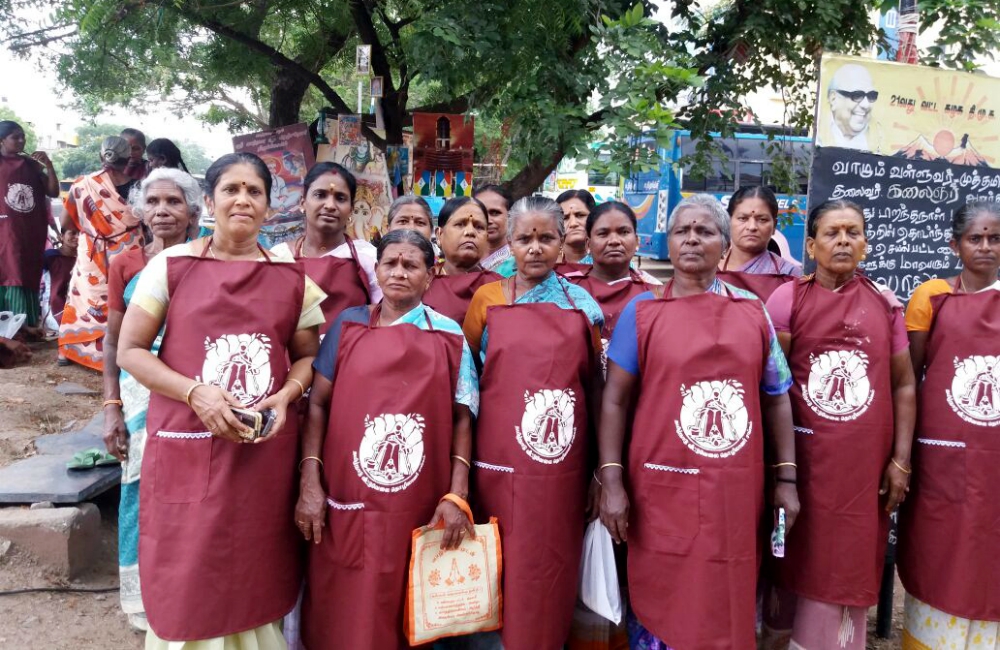 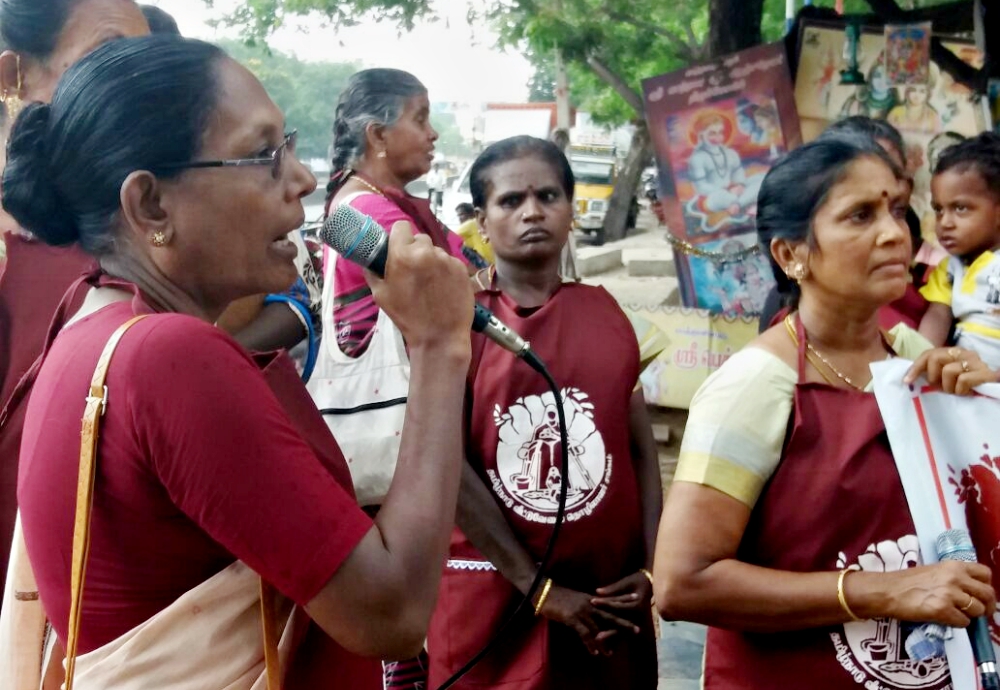 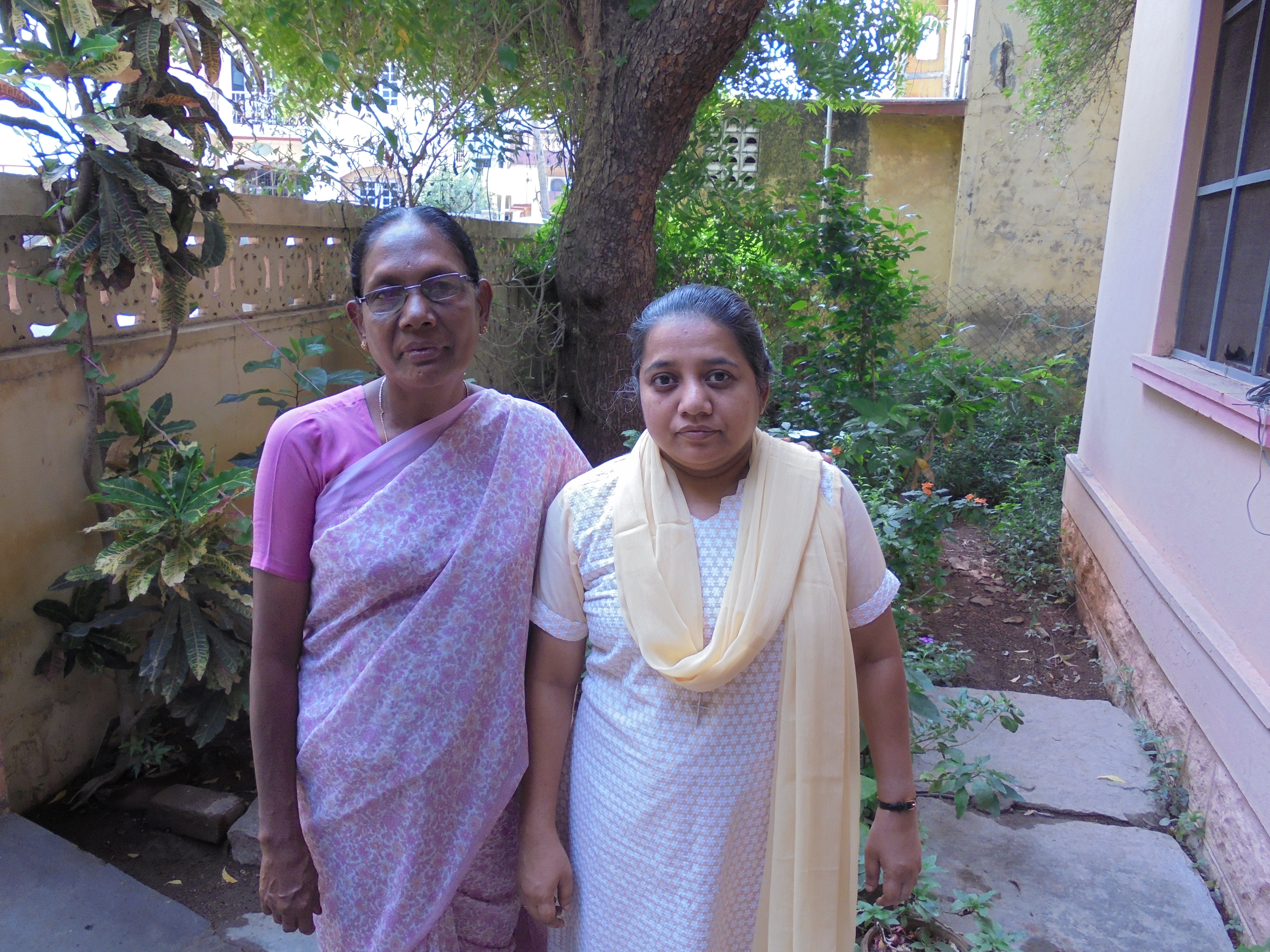 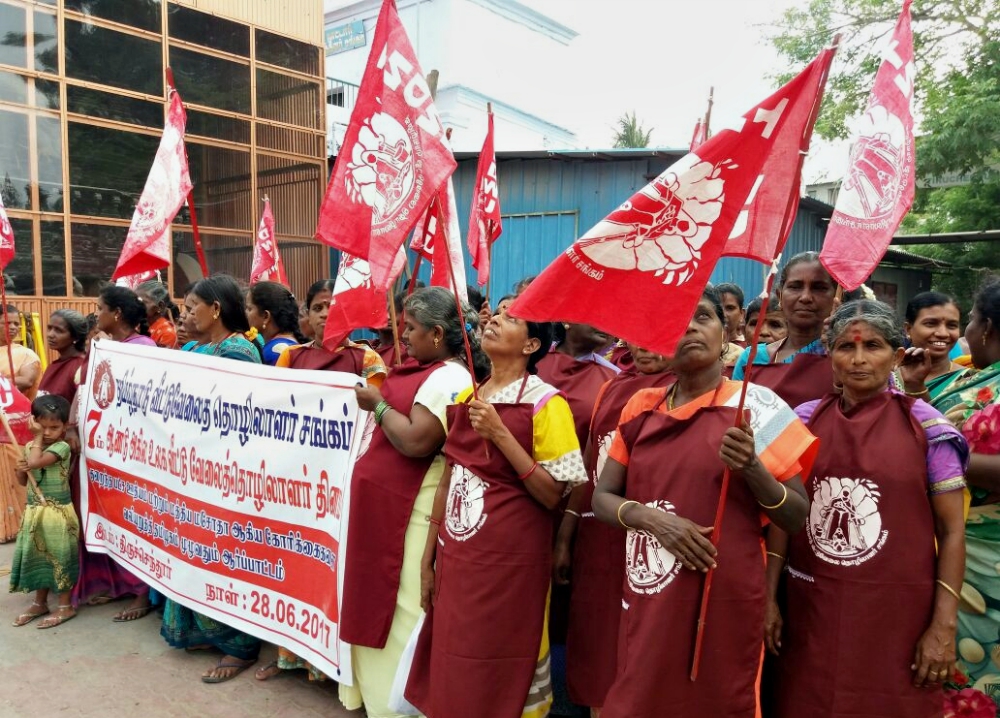