After emerging from a face-to-face meeting with six drug users, Sr. Maria Juanita "Nenet" Daño heaves a small sigh of relief that perhaps these men will not meet a bloody end like dozens of others in the San Andres Bukid slum area in Manila, where she works. They have come forward to undergo counseling, hoping to change their ways and avoid becoming victims in the government's ongoing anti-drug war.

Still, the sister of Our Lady of Charity of the Good Shepherd sees danger ahead for the self-confessed drug users because their names are on the police list. This means they are marked men, targets in massive police operations called "Oplan Tokhang" (Tokhang is a contraction of the Filipino words that mean "knock" and "invite"), which have been in force since Philippine President Rodrigo Duterte took office in July 2016.

"They are afraid they'd get killed," Daño said of her six clients, ages 25 to 47. "They also responded to the call of the barangay (a local governmental area) head, a woman, to make the barangay drug-free."

Depending on who is counting, the anti-drug war has claimed from 2,000 to 7,000 plus lives, both in police operations and vigilante-style or extrajudicial killings, carried out without any due process. Daily news reports carry incidents of summary executions whose perpetrators are unidentified. The killers often leave a note that the death is drug-related.

On the night of July 9, about five kilometers (3.1 miles) from Daño's area, a man was killed in front of the Pope Pius XII Catholic Center where the Catholic Bishops' Conference of the Philippines, also known as the CBCP, had just finished their meeting and election of a new president for 2018 and 2019. Daño and her group of lay partners had also just ended their prayer vigil there.

Archbishop Socrates Villegas, the president of bishops' conference, who finishes his term in December, reacted swiftly to the recent killing: "We cannot be reconciled with this situation. Silence in the face of this horrendous deed is complicity," he said in a Facebook post that was picked up by the media. "Let the public outcry reach all concerned, for there must be an outcry. To us all is addressed that voice from heaven: 'The blood of the brother you have slain calls out from the earth.' "

Duterte had vowed to end the drug menace in the country and exterminate those involved in it — whatever it took. Now, drug suspects can end up as victims of the extrajudicial killings, the perpetrators of which are unknown and operate with impunity. Innocent persons, children among them, have ended up as "collateral damage."

Duterte has been hitting back harshly at human rights groups, both national and international, and the churches as well, that have criticized his drug war.

Daño, a licensed social worker, has been doing outreach work since 2011 in San Andres Bukid, said to be the second most populous area in the Manila Archdiocese. She had spent eight years as missionary in Senegal, returning to the Philippines in 2011.* She worked in the sisters' infirmary for two months before joining the Welcome House/Tahanan, which is one Good Shepherd community with two locations.

Welcome House, which is in an adjacent district, specializes in crisis intervention among women and girls. Daño works as a counselor at Welcome House but spends half of the week in San Andres Bukid some three kilometers (about two miles) away, where the Religious of the Good Shepherd  maintains Tahanan (which means "home"). Tahanan is an outreach center that serves as an office, meeting place and Daño's sleeping quarters when she is in San Andres Bukid, located in a low-income tenement building built by the archdiocese. She is the only Good Shepherd sister working in that area.

The four-story tenement, a stone's throw from the parish church, stands out in a sea of patchwork houses and lean-tos made of light materials crisscrossed by a web of narrow alleys. San Andres Bukid is congested and overpopulated. There are 26 barangays, the smallest government unit which can vary in size and population, in San Andres Bukid; 11 of them are headed by elected women.

Before the drug war and the killings, Daño was busy with grassroots work in the area's Basic Ecclesial Communities, small Catholic communities whose members participate in the church's evangelical mission.

Helping Daño in her ministry is a group of women called Good Shepherd lay partners. The women are residents of the area, from poor families, but resolved to serve the church and improve the lives of their fellow residents.

The Good Shepherd Sisters in the Philippines have lay partners that help in their ministries. They come from different social classes depending on the areas where the sisters are situated.

They have been active in the Good Shepherd ministry and, recently but in a low-key manner, are helping families of the victims of the killings with Daño's guidance.

These lay partners helped gather members of families affected by killings for media interviews. One of the interviewees, Amina Merced, lost her two adult sons and a brother to a police operation in January.*

"I was told that two of them, my son Leo and my brother Bimbo were asleep, while Joshua, my other son, was taking a bath and was naked when shot," she said. "Bimbo was mistaken as his brother Crisanto who was being hunted. I rushed back and found blood all over the wall in our house." The police had taken their bodies to a funeral parlor that charges 66,000 pesos ($1,320) per body for funeral and burial services, she said, adding she had to borrow money for the burials even when the price was lowered.

Unlike many, she is unafraid of being identified. "And yes, please use my real name."

A seven-year-old boy told how he found his father lying dead in a pool of blood. With his mother now in jail because of drug-related charges, the boy is being cared for by relatives and neighbors.

The oft-repeated police reason for the killings is that the suspects "fought back," but in most raids, usually at night, the target suspects are unarmed or even asleep. As to unknown assailants in vigilante-style killings, people can only speculate whether the hired killers are from the police or drug lords, who both want to silence their operators.

The women lay partners and volunteers assist with funerals and join protests. They undergo paralegal training so they can document cases, and help grieving families. They spoke about their first-hand experiences of the drug war, but for security purposes asked not to be identified by their real names. "Ely" says she has had to comfort mothers of those killed and grieves with them. "I am a mother, too," she says. "Some nights it is hard to sleep when you hear little noises" that might signal a police raid nearby.

"When the residents notice unusual police presence, they conclude that there will be killings," Daño said.

The women also minister to drug users who are not yet badly addicted by giving them activated carbon capsules meant to help clean out their systems. The capsules are made from burned coconut husk and sourced from alternative health groups.

The most common prohibited substance used is methamphetamine hydrochloride, known as "poor man's cocaine" (locally called "shabu") and marijuana. But shabu is the substance of choice for most drug users and pushers because of its availability and easy transport. Shabu is now locally produced in hidden laboratories. Chinese nationals with Filipino accomplices who operate these laboratories have been apprehended, charged and imprisoned. Shabu is also sourced from outside the Philippines. It is common knowledge that policemen are also often involved in the drug trade.

"I approached some users and offered to help them," "Dianne" said. "For several weeks they take the capsules two to three times a day and later in lower dosage. After that they undergo a urine test." According to "Pia," it is a joy when someone tests negative but a disappointment when someone who tested negative turns out positive again.

The women, mostly middle-aged, have undergone paralegal training for those who, like them, have no college education but are eager to learn. The Free Legal Assistance Group, composed of human rights lawyers including a law dean, has conducted a seminar for them.

"They can now write fact sheets but in Filipino," Daño said with a hint of pride in her voice.

Sr. Regina Kuizon, province leader for the Philippines and Japan, and co-chair of the Association of Major Religious Superiors in the Philippines, is supportive of Sr. Nenet's ministry. "Like Jesus the Good Shepherd, Sr. Nenet reaches out to the most in need and the victims of [extrajudicial killings]," she said. "Undaunted, she speaks on their behalf and takes the risk to protect them. I pray for her and all those who are fearless to be on the side of the poor in our country."

A vocal critic of the bloody drug war of the Duterte government, Daño recently posted on her Facebook page: "Here in my area the morgues are happy when drug suspects are killed and brought to them. The poor families sometimes leave the dead there as they cannot afford to 'ransom' their loved ones."

Long wakes that last more than one week are common in depressed areas as bereaved families try to raise enough money for burial expenses.

In the post, she added with sarcasm: "This is a reality that shows this administration is anti-poor. Killing the poor is their poverty-alleviation strategy. Less poor people because many of them are 10 feet below the ground. A real change, is it not?"

In a follow-up interview she cited a recent casualty. "He was a 49-year-old father of two, a person with disability and known to rent out his place for drug sessions. He charged 20 pesos per person. He was sleeping in the alley that night. The raiders took him inside the house and killed him there. The police said he fought back. How could he fight back when he couldn't even raise his withered hand?"

Daño said that she is collating all her cases of extrajudicial killings for her congregation and others to read. But her main focus is to stop those who are addicts from becoming victims in the government's war on drugs and to live drug-free, meaningful lives. "When I brought a 14-year-old girl for drug rehab to the Department of Social Welfare and Development office I was told they did not have a budget for even a drug test that cost ten dollars," Daño said. "I told the social work official that the government has no intention to let the addicts live."

*This story has been updated to correct the month that the Merceds were killed, the year that Daño returned to the Philippines and time she spent working in infirmary. 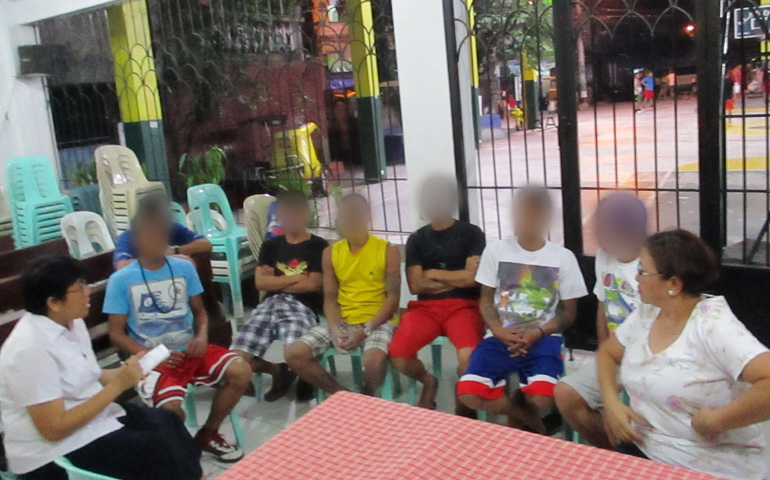 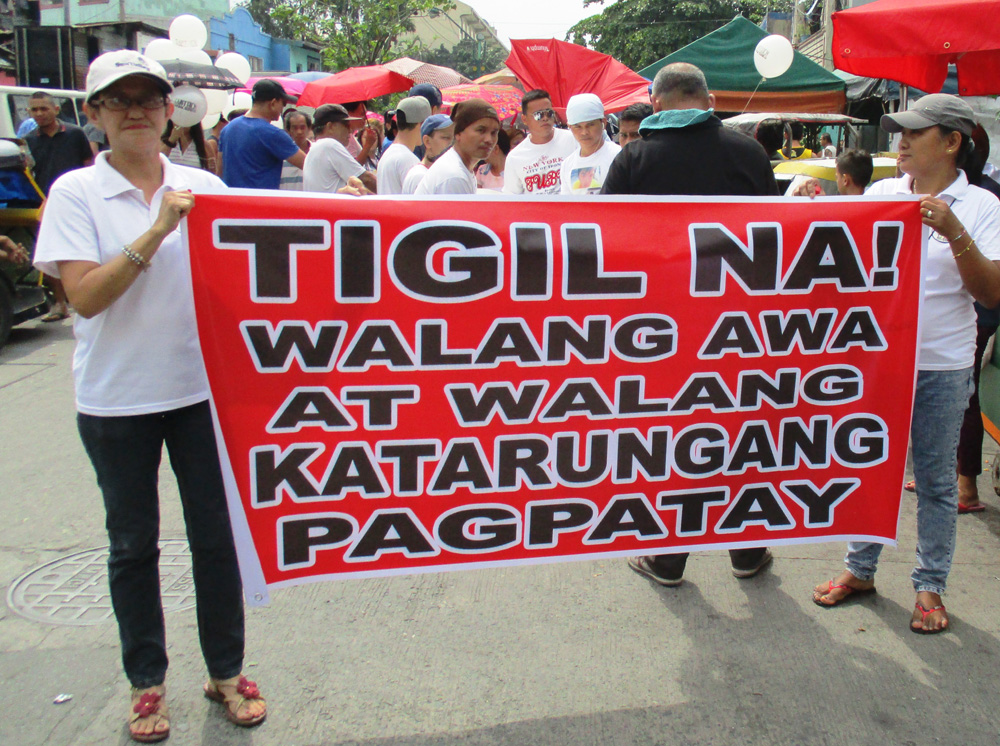 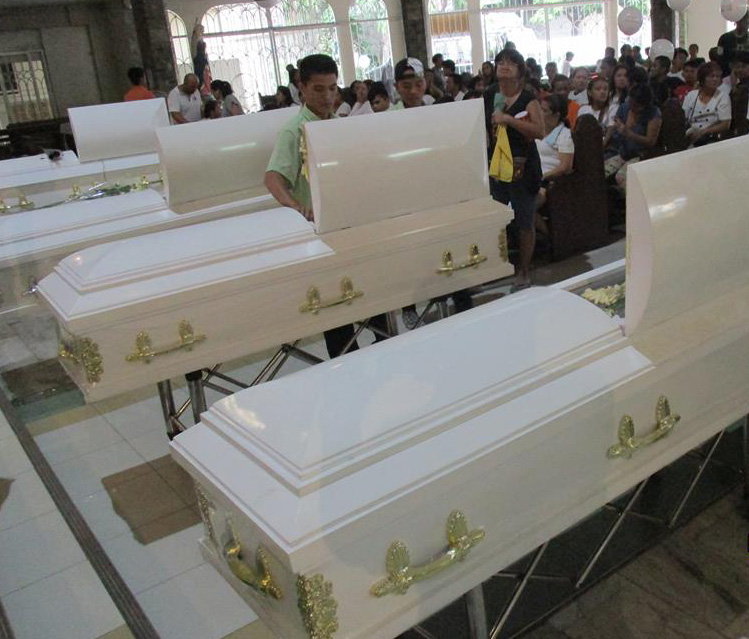 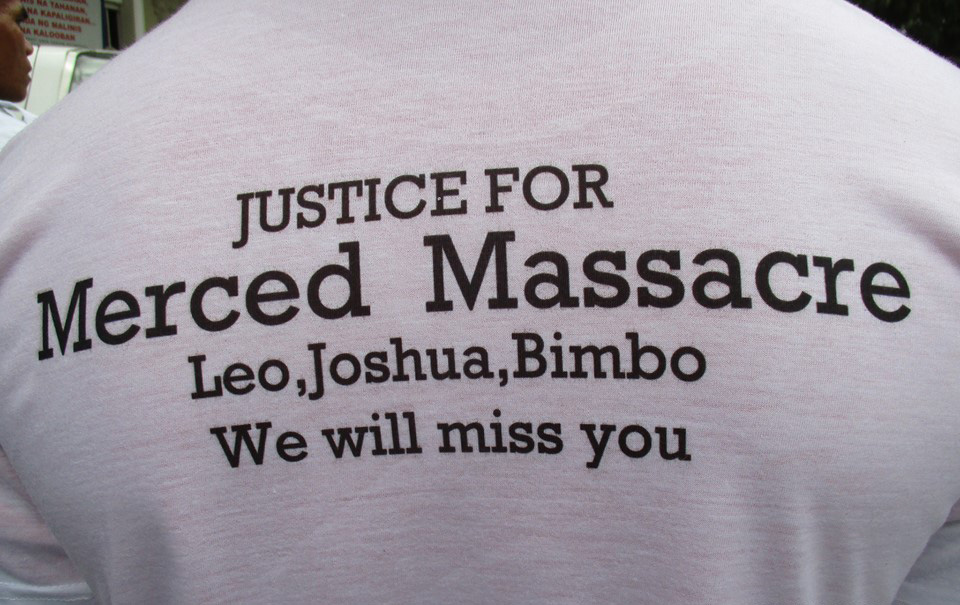 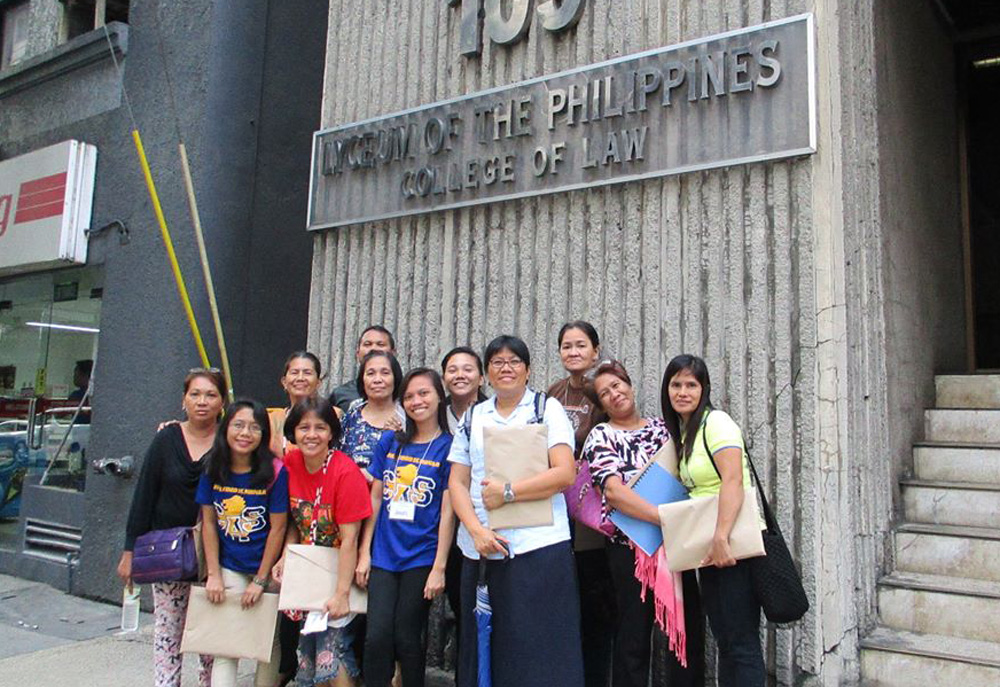 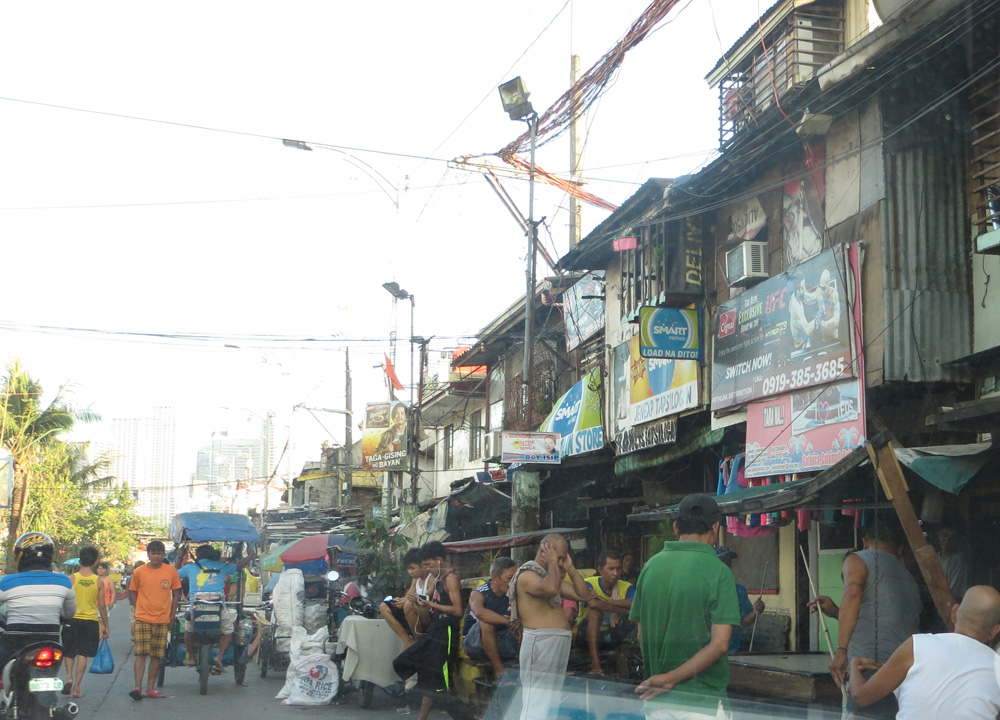