Sr. Leonella Sgorbati, an Italian Consolata Missionary working in Somalia, had no illusions about the danger of her work.

"I know there is a bullet with my name on it. I don't know when it will arrive, but as long as it does not arrive, I will stay [in Somalia]," Sgorbati said in a March 2006 TV interview in Italy while on sabbatical.

Six months later, Sgorbati's prediction came true. On Sept. 17, 2006, Sgorbati was leaving the Consolata nursing school she helped found within the children's hospital in Mogadishu; gunmen shot Sgorbati and her bodyguard several times. Both died of their wounds.

Their deaths came a week after Pope Benedict XVI gave a speech in Regensburg, Germany, quoting a Christian emperor's criticism of Islam, enflaming anti-Christian tensions across the Muslim world. Two days before Sgorbati and her bodyguard were shot, a hardline Somali cleric told worshippers at his mosque, "Whoever offends our prophet Muhammad should be killed on the spot by the nearest Muslim."

Sgorbati is one of eight people Pope Francis submitted to the Congregation for the Causes of Saints on Nov. 8 to further their processes to become saints. Others included Jesuit Fr. Tomas Morales Pérez from Venezuela and Pope John Paul I, who died after just 33 days as pope. Francis recognized Sgorbati as a martyr, clearing the way for her beatification, the step before sainthood, this spring. On May 26, Sgorbati will be beatified in her native Diocese of Piacenza-Bobbio, Italy, in a special Mass.

Sgorbati spent more than half of her life in Africa, first arriving in Kenya in the 1970s and serving as superior general of the Consolata Missionary Sisters in Kenya from 1993 to 1999.

Many people she worked with and served in Kenya wanted the beatification to take place in Kenya rather than Italy, said Sr. Joan Agnes Matimu, the current regional superior of the Consolata Missionary Sisters, who oversees congregations in Djibouti, Ethiopia, Liberia and Kenya. There will be a thanksgiving Mass on May 27 in honor of Sgorbati in Nairobi at the chapel where her remains are kept as well as honorary Masses after the thanksgiving Mass.

According to a biography by the Consolata Missionary Sisters, Sgorbati was born Dec. 9, 1940, in Rezzanello di Gazzola in northern Italy. In Kenya, she worked as a midwife for 13 years and was also the head of the Consolata Nursing School in Nkubu, helping women in rural areas located far from a health care facility.

Matimu said Sgorbati also served in leadership with the Association of Sisterhoods of Kenya on the team that helped create the Chemichemi Institute, a place for sisters to do academic, formation, and spirituality courses. It was important to Sgorbati that sisters have their own learning institution separate from religious men to fully realize their potential, Matimu said.

Sgorbati was in Somalia from 2000 to 2006, founding the nursing school in Mogadishu, the capital of Somalia, to support needed health services in Somalia and give career options to young people who could otherwise be lured into joining al-Shabab or other terrorist groups.

"She always looked forward to going back to nursing, so after her term [as superior general in Kenya], when she was asked to go to Somalia, it was like a confirmation of a desire she felt within her," Matimu said.

She enlisted help from the Nursing Council of Kenya to register the Somalia school, which had been difficult to do because an unstable government left the country's infrastructure in a state of disrepair. When the first group of trainees finished, Sgorbati returned to Kenya with four graduates so they could pursue more specialized training. The hope was that these nurses with extra training could eventually take over the management and teaching of the fledgling nursing school.

"We deeply believed that if we gave a chance to the young people, something different, they would lay down their weapons," Matimu said. "Sister Leonella believed deeply in that. She said, 'I know I am taking risks, I know I could be risking my own life, but I will do it for love.' "

Sgorbati expanded on this herself during an interview with a TV station, filmed after a month's sabbatical in Italy and directly before she returned to Africa.

"She said there was no problem of working with people of other culture and religion as long as there is respect for each other, for where there is fear, there is no love," Matimu said of the interview. "She said, 'I cannot be afraid and at the same time love. I choose to love.' And that was just a few months before she was killed."

After she was shot, as she was bleeding to death, Sgorbati extended this love to her killers.

Matimu said she thinks extremists in Somalia may have been worried about Sgorbati's success with the nursing school and worried she would try to convert the students to Christianity. Somalia is a majority-Muslim country.

"Leonella never talked to them about Jesus Christ, but human values, natural values, respect for life, these things that are embraced in any culture, any religion," Matimu said.

After Sgorbati's death, the United Nations helped move her body and evacuate the other Consolata sisters from Somalia to Kenya. The community has not returned to the country.

The Consolata sisters buried Sgorbati in Nairobi. As part of the process of becoming a saint, Sgorbati was exhumed Sept. 30, 2017. Her body is now kept in the Flora Hostel Chapel in Nairobi.

"When somebody is in the process of sainthood, she is declared blessed or venerable, she is put in a place where she is accessible to the people who would like to pray to God through her intercession," Matimu said.

"Although her martyrdom came suddenly, Sister Leonella put the lives of others first," she said.

Sgorbati is one of a number of sisters and priests who worked in Africa now going through the canonization process. She is the second Italian Consolata Missionary sister working in Africa to reach this position after Pope Francis beatified Sr. Irene Stefani on May 23, 2015.

Cardinal Maurice Michael Otunga, the first Kenyan to become an archbishop and a cardinal in the Catholic Church, is currently a servant of God, the first step toward sainthood. He died in 2003 and, if canonized, would be the first Kenyan-born saint in modern times.

To become a saint, two miracles need to be attributed to prayers made to the individual after his or her death. Because Pope Francis recognized Sgorbati as a martyr, she can become a saint after one verified miracle.

No group claimed responsibility for the attack against Sgorbati and her bodyguard, but many believe the attacks were related to Pope Benedict's speech before the shooting and his mention of a Christian scholar critical of Islam. Later, Benedict apologized for his remarks, which he said "were considered offensive to the sensibilities of Muslims."

Pope Benedict praised Sgorbati after her death during a general audience a few weeks later about how disciples must live in witness to Christ.

"Some are asked to give the supreme testimony of blood, just as ... Sr. Leonella Sgorbati, who fell victim to violence," he said Sept. 25, 2006.

"This sister, who for many years served the poor and the children in Somalia, died pronouncing the word 'forgive,' " Benedict said. "This is the most authentic Christian testimony, a peaceful sign of contradiction which shows the victory of love over hatred and evil." 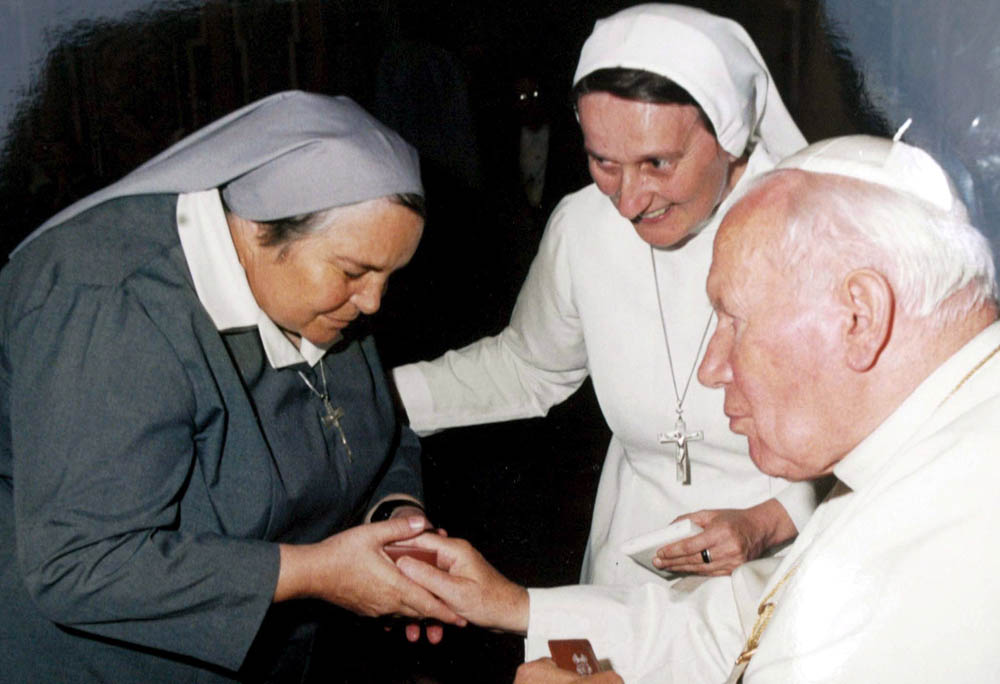 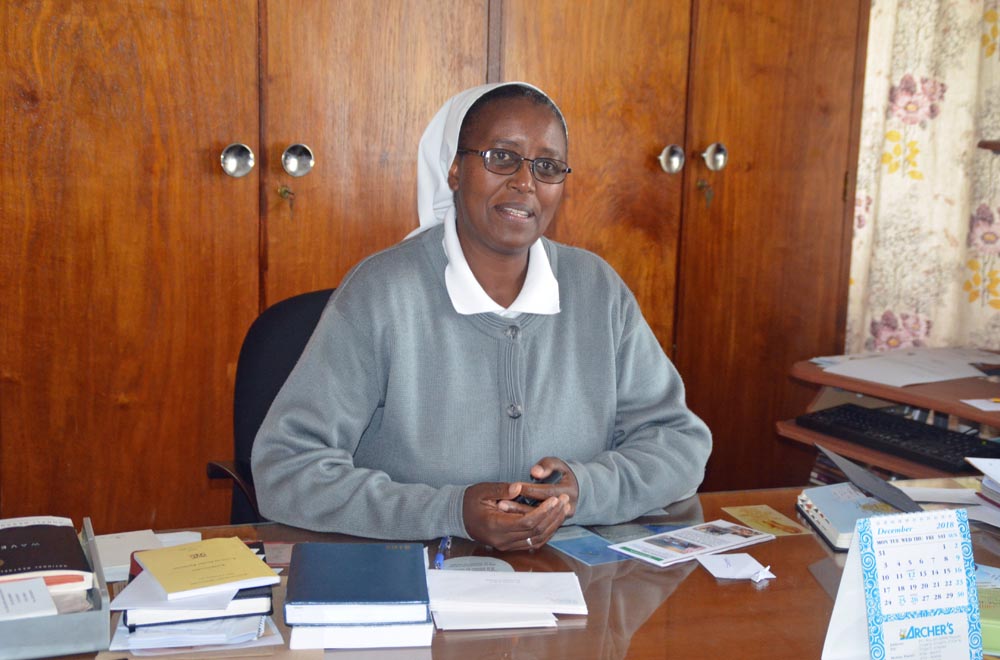 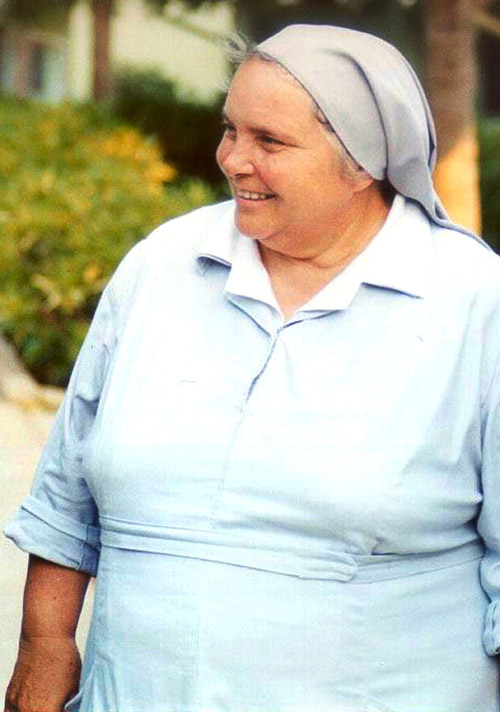 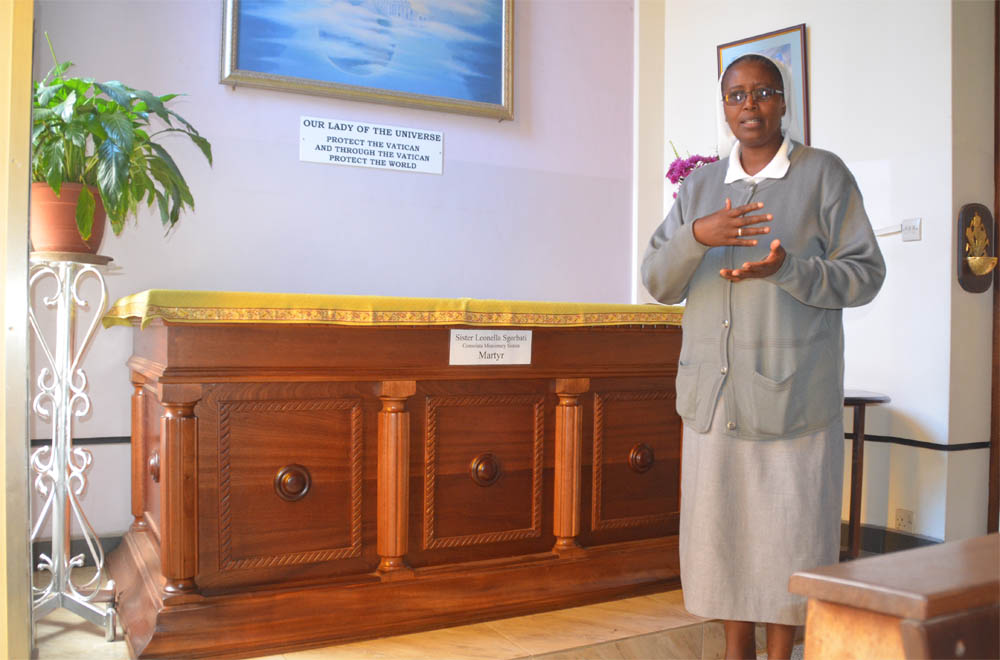 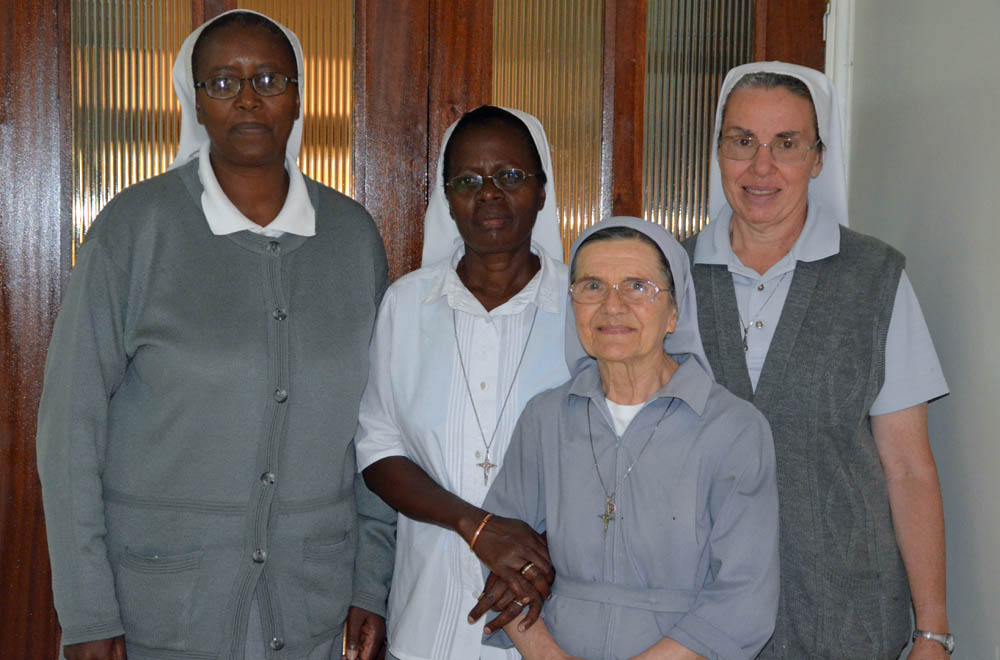