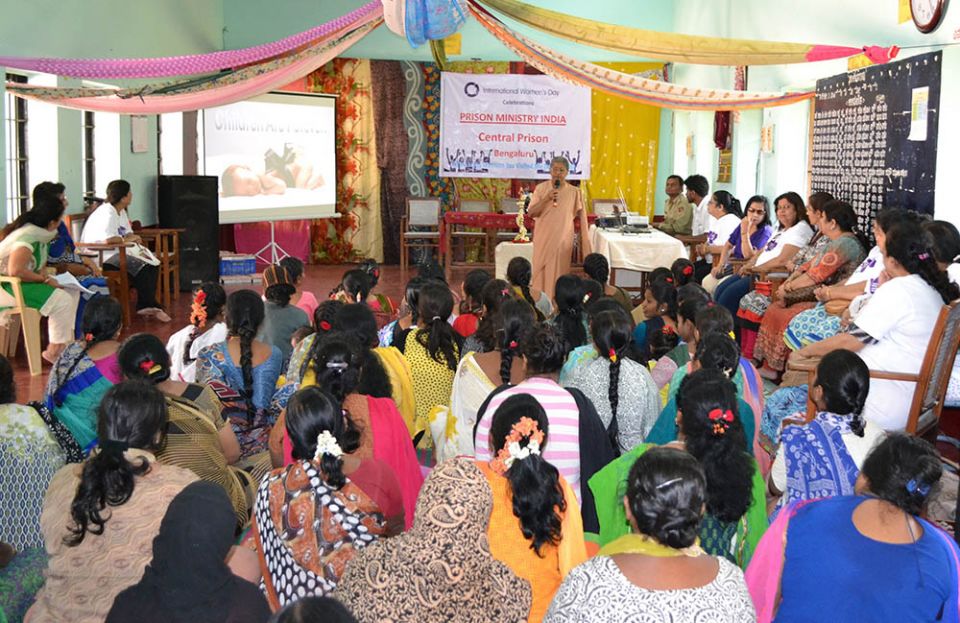 Sr. Adele Korah, a member of the Sisters of Charity of Sts. Bartolomea Capitanio and Vincenza Gerosa and a volunteer of Prison Ministry India, addresses a meeting of the families of prisoners in Bengaluru, southern India, in 2021. (Courtesy of Adele Korah)

Bengaluru, India — Sr. Adele Korah, 81, is a member of the Sisters of Charity of Sts. Bartolomea Capitanio and Vincenza Gerosa who joined Prison Ministry India as a volunteer in 2004 after she retired as a teacher and principal of schools run by her congregation in India and Nepal.

She says a section of the public thinks all prisoners are dangerous to society, that they are hardcore criminals who should remain always under punishment. However, Korah and other prison ministry volunteers consider them brothers and sisters who have lost their way because of certain circumstances or their backgrounds. She said she believes the Lord, who laid down his life for the salvation of all, calls people like her to reach out to prisoners as good shepherds.

During her 17 years of prison ministry, she has helped, counseled, guided and reformed many prisoners to lead normal lives in society. Korah shared her life and ministry with Global Sisters Report.

GSR: What made you work in Prison Ministry India?

Korah: After my retirement from educational institutions, I desired to spend the rest of my life in serving the last and the least in society and, in particular, the rejected brothers and sisters in prison who are neglected by society and their family. Hence, I joined Prison Ministry India, a nongovernmental organization under the Catholic Bishops' Conference of India.

After undergoing a training program for new volunteers, I started my work in the ministry in June 2004 with the permission of my major superiors. I stay with another experienced sister in the quarters allotted to sister volunteers of the prison ministry, close to the central prison in Bengaluru [southern India]. I hope to serve the prisoners and their families as long as I can.

How has the COVID-19 pandemic affected your ministry?

Our visits to the central prison in Bengaluru are suspended because of the severe impact of COVID-19. But as a member of the prison advisory board, I was invited to the administrative section of the prison in May 2020 to participate in a meeting in preparation for the premature release of convicted prisoners who had completed 14 years in jail. 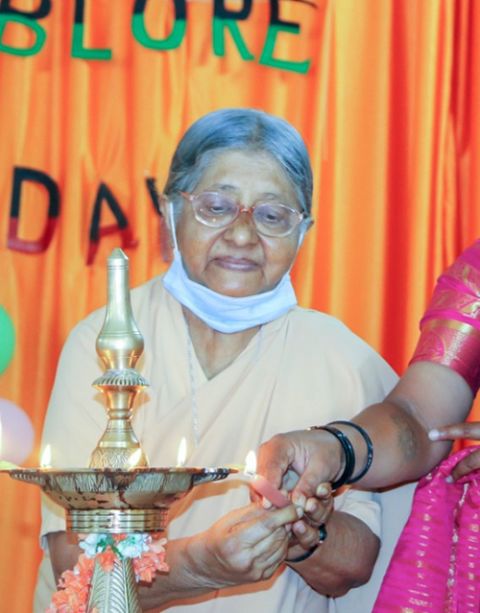 Sr. Adele Korah lights a lamp at the 2021 International Women's Day celebrations held in Bengaluru, India, for the families and relatives of prisoners. (Courtesy of Adele Korah)

Although regular visits to prison are not possible during the lockdown period, we reach out to the families of prisoners and provide school fees for their children. We got their bank details through the prison officials.

We were able to provide jobs to several released prisoners. Many of them were given money to go home.

We celebrated International Women's Day in March [2021] at the rehabilitation center for released women. Mothers, wives and children of other prisoners also joined the program. They had games and entertainment, and prizes were awarded to all the participants.

How many prisoners have you counseled, guided and reformed during their lives in prison?

I am afraid I cannot give the exact number of people I have helped. I visit the prison from Sunday to Friday. The Bengaluru jail has more than 5,000 prisoners. I help those who approach me. I listen to their woes and help them in whatever way I can.

I have helped a large number of them in the past 17 years. I have helped release more than 1,000 from the prison and get them reconciled with their families, educate their children. We also offer medical assistance in and outside the prison.

Have any prisoners been reformed by your counseling and guidance?

Yes. The most dramatic change happened in Wilson. I met him in the prison during a prayer meeting. He was brought by a Christian prisoner, a regular to our prayer sessions who was eager to bring others who had given up a prayer life.

The person who brought Wilson to me said, "Sister, I have brought one person for prayer today."

I was happy and said to myself, "Our brethren who have reformed in the prison are becoming fishers of men."

I welcomed Wilson to the prayer session. We conducted the prayer once a week in the prison chapel, and I had several occasions to listen to Wilson's story.

Wilson was born in a Catholic family. His parents had tried to bring him up in the faith with regular family prayers and Mass. But even as a child, Wilson wanted to be independent. He skipped classes. When reprimanded, he became angry, leading to fights at home. The school, too, punished him, as the teachers found him uncontrollable. One day, he ran away from school after a fight.

He walked aimlessly the whole day. An elderly person saw him and asked him why he was walking alone. Wilson said he did not know where to go and asked if the man could take him home. The stranger felt pity and took him home. Wilson was just 12 then and wanted to be away from those who punished him.

The stranger, Mohan, was a Hindu. He and his wife accepted Wilson as their child. As days passed, Wilson started mingling with the members of a gang. The gang used him as a helper in robberies, as he was young. Gradually, he became an experienced gangster. He indulged in burglary, breaking into homes, and other crimes. Once, during a robbery attempt, police caught Wilson while other gang members escaped. Thus, Wilson ended up in prison.

In prison, Wilson was regular for prayer and felt a desire to change his life. He started reflecting over his past life. As he listened to the Bible during weekly prayer meetings, Wilson opened his heart to God.

He wanted to learn the basic catechism of the Catholic Church and prayers. He also prepared for his first confession with true repentance. By regularly reading the Bible, he experienced the healing touch of the merciful and forgiving God.

As he began a renewed life, the Lord listened to his incessant prayers. He was released from the prison. He got in touch with his parents and took up a small job to support him and his dear ones.

I was happy to meet Wilson a few months after his release on the way to my convent. I was happy that he stuck to his decision. Wilson shared with me the glad news of his marriage and how he manages his family. I congratulated him for his perseverance and for continuing to live in the right path. When God brings an erring soul back to him, he also gives him or her the strength of his spirit to walk in his path.

Tell us about your life before becoming a prison ministry volunteer.

I have received a personal call from the Lord from my early childhood to become a bearer of God's light and love to those who are living in darkness of sin and ignorance. With this desire, I embraced religious life. I joined religious life after my graduation, and I was sent to teach in a high school soon after my religious profession.

I had to teach physics, chemistry and biology in a language I never learned before: Kannada [the language of the southern Indian state of Karnataka]. My provincial said, "God's foolishness is better than the wisdom of this world. A person of obedience will speak of victories." With the grace of God, I learned the language and was able to teach in that language as an act of obedience.

God blessed me at every step as I taught in high school as well as at a college of education. Later, I was sent to Nepal to begin a mission there. There, again I had to learn a new language, Nepali. We started a new school at the request of the mayor of a district. When the school had come up to a certain level, after five years of my service there, I was called back to India.

Before my retirement from the apostolate of education, I made use of the period of one year of leave available with pay for the ministry of evangelization. I joined a team from the Divine Retreat Centre in Kerala to go out to different parts of India and to the Andaman Islands to proclaim the Gospel to the people living in darkness of sin and to bring them back to God's kingdom. That was the year I felt that I was fulfilling my call to carry God's light to the needy.

After my retirement from my teaching career, I was permitted to enter the prison ministry. 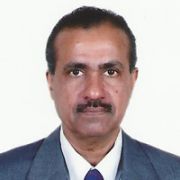 Philip Mathew is a journalist based in Bangalore, southern India. He edits Asia Pacific Ecumenical News and writes for Matters India.

Q & A with Sr. Dianna Ortiz, advocate for victims of human trafficking