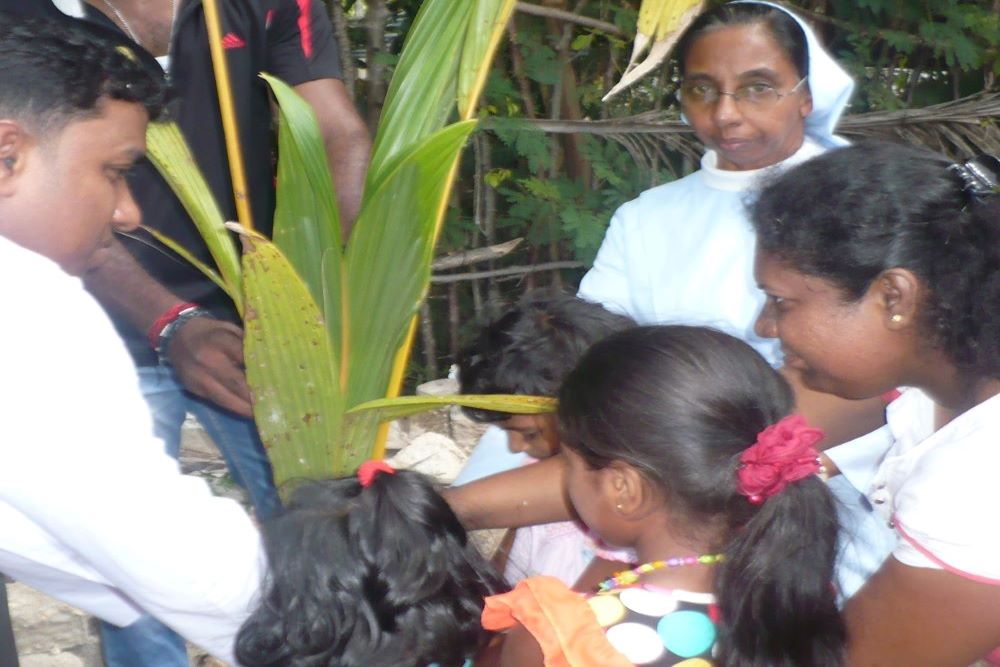 Sinhala guests of a Tamil family plant a coconut tree in memory of their live-in experience as Salvatorian Sr. Dulcie Peiris looks on. (Courtesy of Dulcie Peiris)

Until early 2021, Salvatorian Sr. Dulcie Peiris was on the forefront of a project to reconcile Sinhalese and Tamils, members of two ethnic communities in Sri Lanka that fought a bitter civil war for more than 25 years.

The trouble dates to 1948, when Sri Lanka became independent from the British. The Sinhalese, who dominated the Sri Lankan parliament, denied Tamils citizenship. More than 700,000 Tamils were made stateless. Many were deported to India, their ancestral home. Tamils received Sri Lankan citizenship in 2003.

Tamils received another blow in 1956, when Sinhala replaced English as the country's official language. It kept Tamils from government jobs, and many lost their jobs. Aggrieved Tamils later formed the Tamil Tigers militant group, which fought to create an independent nation. 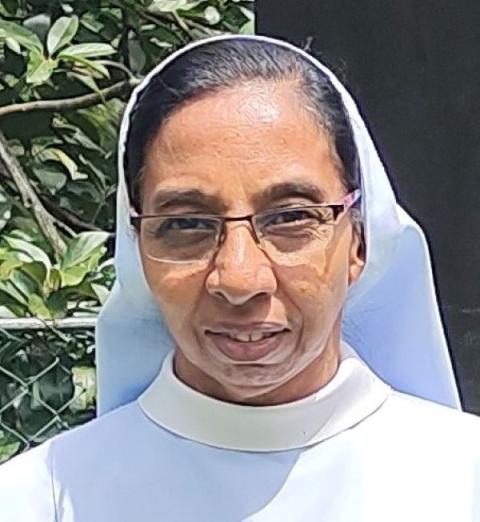 Peiris coordinated a live-in experience that encouraged Sinhalese and Tamil families to host people from the other ethnic community. The program began in 2010 under Caritas Sri Lanka, the aid agency of the Catholic Bishops’ Conference of Sri Lanka. The effort was boosted when Pope Francis visited Sri Lanka in 2015. Catholics compose around 8% of Sri Lanka’s 21 million people.

Peiris, who now leads formation for her congregation, discussed reconciling the bitter enemies.

GSR: Why did you get involved in the peace and reconciliation program?

Peiris: Our convents have sisters from Sinhala and Tamil communities live together as one family. So I had the firsthand experience of what it means to be a Sinhala and Tamil in Sri Lanka. We had a lot of dispassionate sharing on the horrors of the civil war. We truly experienced peaceful coexistence in our congregation, and I wanted to share this harmony with others.

The civil war was already on when I joined the congregation. My batch had seven candidates — three Sinhalese and four Tamil. We learned the language of each other during formation. As part of our formation, we visited the families of each other and developed a better understanding of the commonalities and strengths. Today we have almost equal number of members from both the communities. This live-in experience is the foundation of my mission.

My interactions with Tamils increased when I became the vocation promoter and visited Tamil villages in Jaffna region. It was challenging for a Sinhalese to visit Tamil-dominated northern Sri Lanka during the civil war. I found barricades everywhere and faced constant harassment from the military, but my proficiency in Sinhala and Tamil languages helped me. Our live-in experience campaign stressed greater interactions between the communities to remove fear and misunderstanding.

How do you assess the impact of the program?

Sri Lankans have lived in a state of conflict, mistrust and civil war for decades, so it was not easy for them to go for peace and reconciliation immediately. No doubt, the end of war brought some relief to the people. After the war, we built high-tech roads, bridges, electronic communications and improved infrastructure. Economic activities have also increased.

However, the suspicion between the two communities has not yet melted enough. They do not easily mingle with each other. Bridging the gap between the hearts needed much [more] effort than political willpower.

The government was more interested in rebuilding the nation with infrastructure and economic activities. It has succeeded in reviving the ruined country but did not do much to help the Sinhalese and Tamils interact with each other. 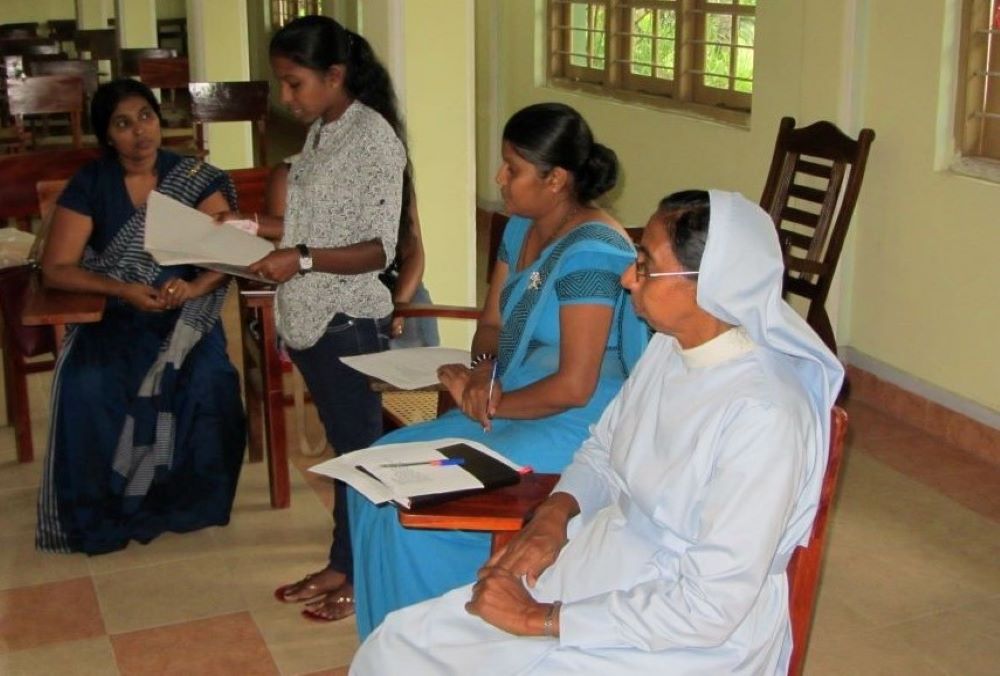 The program aimed at promoting reconciliation through mutual hosting of guests. I coordinated the program at Kurunegala, a Sinhala-dominated region in central Sri Lanka. We motivated families to host people from [the] other ethnic community and share hospitality. Several Sinhala families in southern Sri Lanka hosted Tamil families, and Tamils hosted Sinhala families in the northern districts of Jaffna, Kilinochi, Mannar and Vavuniya. Initially, we started with the Catholic families and later expanded it to Buddhists, Hindus and Muslims.

How did you implement the program?

The first step was to identify and motivate a group of volunteers from both Sinhala and Tamil villages who are ready for the live-in exposure camps. This was done through awareness campaigns, networking with the community groups and home visits.

Once people volunteered, we taught them the language of people they are going to host or [visit] as guests. We teach them how to greet and speak with respect and how to communicate with their hosts. The language learning has reduced the Tamil-Sinhala gaps considerably, leading to better understanding of one another. Some young people have gone ahead and studied the literature of the language and became an expert in it. I am one of them. Language really bridges gaps

The second step encouraged Sinhala families from the south to visit a Tamil village in the north and vice versa. A family hosts the guests [often husband and wife] for two to three days. They cook together, eat together and spend quality time. Sometimes the hosts take the guests for sightseeing or meeting their relatives.

Peace and reconciliation must first happen internally, not externally. When people put up guests in their houses, the attention is to give importance to the guests and keep them happy.

We have seen guests getting moved by their hosts’ hospitality. Most often, guests and hosts cry when they depart. Our records show most people continued to keep in touch with their hosts. I have seen people continuing to visit their hosts after our program. They celebrate festivals together.

I remember a villager from Jaffna coming to Kurunegala to attend the funeral of a Sinhala host. The voluntary response showed how people valued relations beyond ethnic boundaries.

What is the schedule of an exposure camp?

We usually start with a meeting of the guests and the villagers and explain the camp. We also hold a memorial service for the war victims with candles and prayers. The hosts take the guests to their homes. The program ends with another common gathering [including] cultural celebrations and a community meal. Gifts are exchanged, and trees are planted. The hosts and guests do common welfare activities for the village like widening roads and cleaning school grounds. We noted lots of changes in people’s mindsets at the end of the camp.

How do guests spend their time?

They do not go there as tourists to relax or for sightseeing. The guests join the host family's routine, cook, clean and engage in farming and gardening. They play with children or go out for shopping. The idea is to experience the lifestyle, sufferings and culture of the host family.

I have seen tremendous changes in people's attitudes and perception about each other. Both the guests and hosts share their experience with neighbors, relatives and friends. In this way, one person's experience reaches at least 10 people.

We did, despite orienting the hosts and guests in advance. The wounds were so deep that some found it difficult to forgive. During an exposure program, one person became upset and violent. He had lost his father and a brother in the Sri Lankan army shelling. His suppressed anger against the Sinhalese burst out. We were frightened but listened to him patiently until he became normal. Then he cried and sought pardon for his outburst. Later, he accepted his guests' invitation and visited them in their village.

Some could not tolerate the Tamil presence in a Sinhala village where at least 12 bodies were brought after a Tigers' suicide attack. But the timely intervention of the village chief and the parish priest brought the situation under control.

In another incident, a Tamil boy refused to stay [with] a Sinhala family, saying the house was too big. "We have lost everything in war, and the Sinhalese live in luxury," he shouted. But kind words and welcome by the Sinhala family changed his mind and he stayed there. The family also helped him to get a job later.

How did the coronavirus pandemic affect the program?

We did not have the exposure camps during the [coronavirus] period, but people used their social media platforms to keep in touch with their hosts or guests. Some youngsters have organized Zoom meetings, exchanged gifts and engaged in learning the language. Since we could not go ahead with the actual live-in exposure camps, we concentrated on giving online classes on languages. We have observed that people keep in touch with each other and maintain the relationship made during the program.

My vocation was motivated by the desire to work for peace in a troubled world. I grew up with this thought, when our country was divided by north and south on the basis of language and culture. I joined the Salvatorians, as they work with the common people. I believe my vocation is to present Jesus, who is the greatest peacemaker ever.