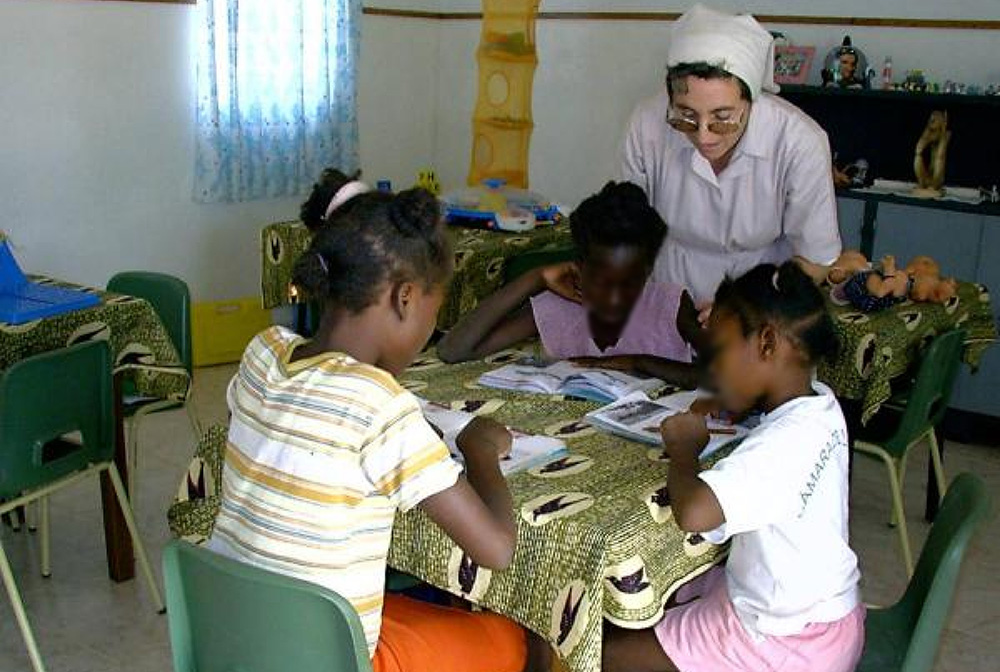 A Sister of St. Vincent de Paul of Lendelede with children at the St. Vincent de Paul Children Rehabilitation Center for daily care. The center treats children with mental illness and physical disabilities, but sisters say they lack the proper resources, including wheelchairs, to care for the number of children in need. This photo has been edited to protect the children's identities. (Aimable Twahirwa)

Murenzi was 12 years old and weighed only 52 pounds (24 kilograms) when he was brought from a remote rural village to a local hospital in Northern Rwanda specializing in the treatment of serious mental disorders.

Abandoned by his mother, he received initial treatment at the hospital, which then sent him to a nearby rehabilitation center run by the Sisters of St. Vincent de Paul of Lendelede.

Living without any hope before his stay with the sisters, Murenzi, now 14, is slowly recovering from mental illness after an intensive treatment plan, including medication, psychotherapy and social support provided by the St. Vincent de Paul Children Rehabilitation Center. These days, Murenzi is seen with a slight smile on his face. An occasional unhappy grimace crosses his face, but doesn't last long.

"In the very beginning when I was transferred to [the] center, I used to hear voices and sounds that are not real and I have been struggling to manage these feelings," he said. After receiving psychological talk therapies and antipsychotic medications, Murenzi says that his journey to recovery has not been a straightforward road.

Like other patients admitted to the center, Murenzi is extending his stay pending his full recovery by undergoing further psychological examinations and therapies. Treatment of psychiatric illness for some patients sometimes takes a considerable length of time, according to Sr. Marie Claire Benie Nyiramugisha, the deputy coordinator of the center.

Special rules govern the admission of mentally ill children in this center in Musanze, a district about 59 miles (95 kilometers) north of Rwanda's capital and largest city of Kigali.

One of the criteria is that there must be a reasonable likelihood that inpatient care will result in substantial benefit to the patient who needs specialized psychiatric treatment at St. Vincent de Paul Children Rehabilitation Center, which currently serves 135 children. Most of the children, who range in age from 3 to 16, have some form of mental illness. Some others with physical disabilities are also served. 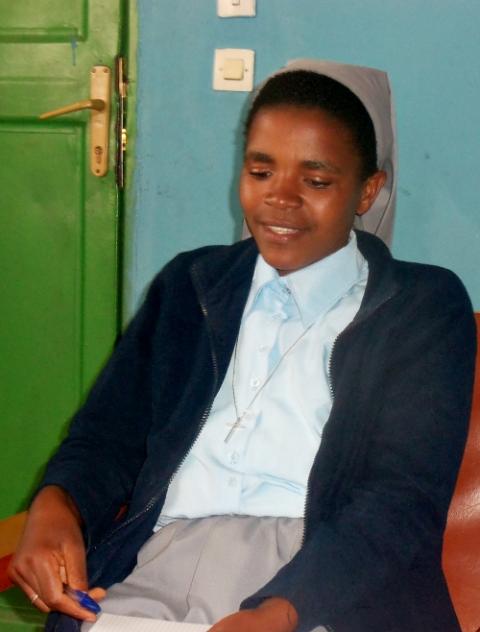 About 25 children are admitted to the center for emergency treatment, the length of which depends on how each patient shows signs of improvement. After that, some patients can stay longer in a residential program, like Murenzi who spent almost two years there before recently beginning an outpatient treatment, which includes a combination of psychotherapy and medication.

The center provides mental and physical health and medical services, as well as food, clothing, showers and toilets. The facility lacks the resources and equipment required to accommodate the growing number children in need of such care, said Nyiramugisha.

The center resumed its activities in Rwanda in 2011 after the Sisters of St. Vincent De Paul of Lendelede left the country in 1994 during the genocide. (The sisters had run a similar ministry at the center.) The congregation was officially established in Rwanda in 1956 from its origins in Belgium in 1833.

The congregation has currently 92 members in Rwanda across four main dioceses, including Musanze (north), Nyundo (northwest), Kigali and Huye (south). Apart from providing care for mentally ill and disabled children, the sisters' community in Musanze also runs a school complex with currently 454 students in primary and secondary levels.

St. Vincent De Paul is described as their spiritual leader and these sisters follow Vincentian spirituality. Members of the congregation meet both the physical and spiritual needs of the poor community especially by providing care to mentally or physically disabled children.

Like Murenzi, most of the children at the center have been abandoned by their parents because they were viewed as useless in their family and communities.

"This is a bad mentality; it is the reason we decided to bring [the children] here to rehabilitate them," said Nyiramugisha.

While undergoing outpatient care after emergency treatment, the children rejected by their biological family get adoptive parents to whom all rights and responsibilities to care for the children are transferred by competent authorities.

Rwandan children with physical disabilities or psychological conditions are being abandoned daily. Research by Rwanda Aid, a local nongovernmental organization advocating for vulnerable children show that children with disabilities typically face discrimination and are excluded from school and the community.

Very poor families sometimes discover that they are unable to cope with the disability and children can be neglected or even abandoned, Rwanda Aid said. In many remote rural regions across Rwanda, families with many children or young mothers are most likely to abandon their children with disabilities. 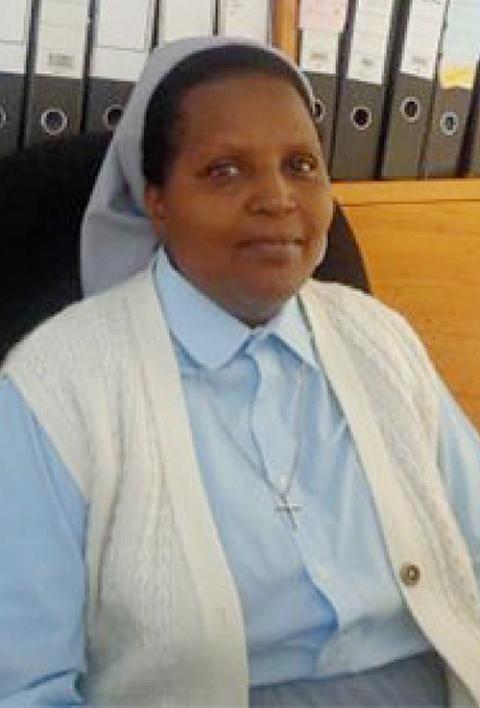 "But in most cases, the biggest common denominator for these children [at the center] tends to be family rejection, but if they don't get appropriate treatment, they will become an enormous cost and burden to society," she said.

Children represent almost 43% of Rwanda's total population, currently estimated at about 12.3 million. The latest official figures available from the Fourth Population and Housing Census conducted in 2012 indicate that nearly 400,000 children are abandoned and do not live with either of their biological parents in the same household, representing about 8% of all children.

The initiative by the sisters' congregation is part of a community-based rehabilitation program that is being supported by a number of different partners, such as National Union of Disability Organizations of Rwanda and the government's National Council of Persons with Disabilities.

In a bid to address the growing phenomenon of abandoned children with disabilities while promoting their inclusive education, One UN Rwanda has been supporting grassroots empowerment of this social category. 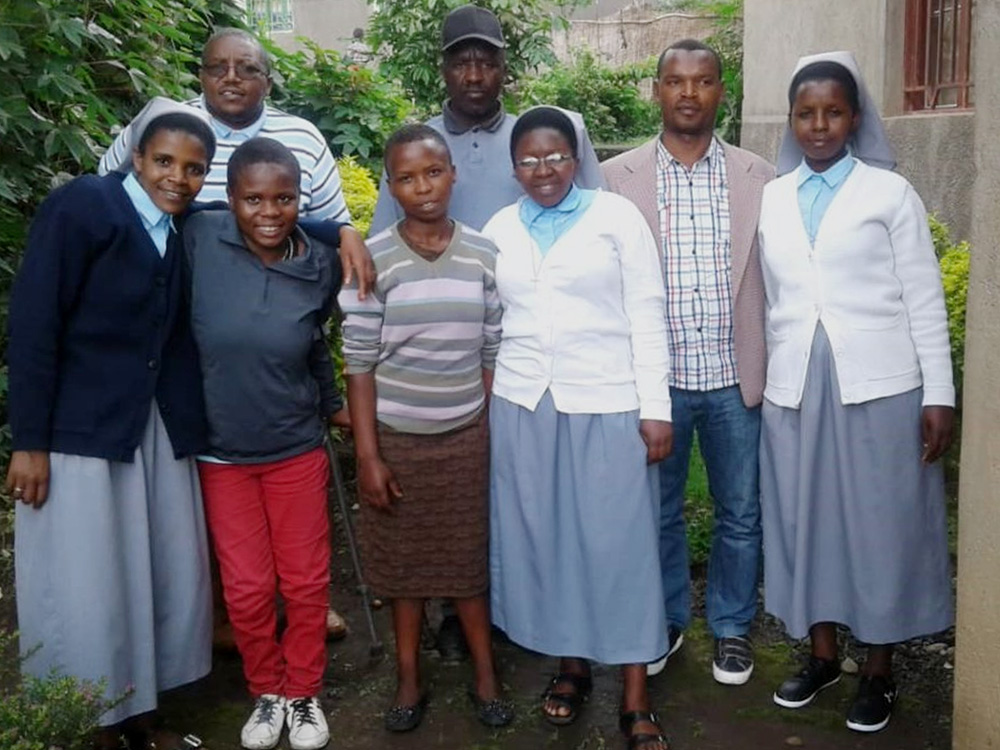 The Sisters of St. Vincent de Paul of Lendelede also provide assistance to children with physical disabilities and help them to be reintegrated into their communities. Here, a delegation of sisters visits a family in Musanze, a district in Northern Rwanda. (Aimable Twahirwa)

During 2018-19, six civil society organizations were supported by One UN Rwanda in various areas, including the right to education for children with disabilities, promotion of Rwandan sign language, and improving living conditions for deaf and blind people, as well as people with albinism.

Moreover, the National Council of Persons with Disabilities has also been advocating for the issues affecting this social category and has pledged solutions over time as the country's financial means become available.

Even without national action, all 30 districts across Rwanda are moving toward implementing both child mental and physical care on their own — including the established center managed by the Sisters of St. Vincent de Paul of Lendelede congregation.

The center has comprehensive care and treatment for children with mental and emotional issues with specific counseling and psychological services. Most of the counseling services provided focus on adjustment to living with a disability and preventing and addressing social isolation. 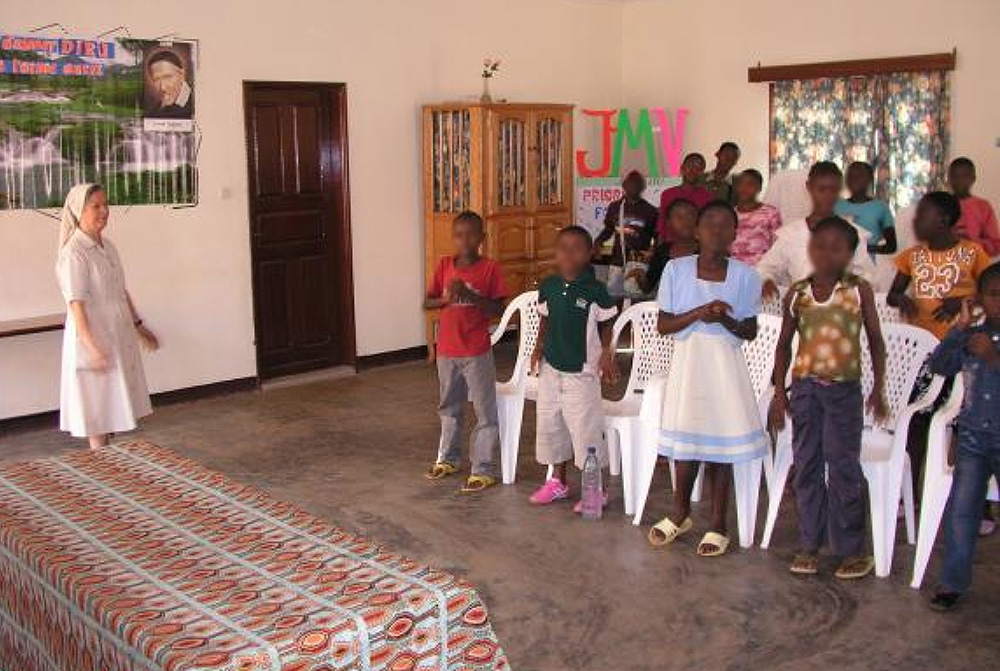 A Sister of St. Vincent de Paul of Lendelede oversees a group of children in daily care at the St. Vincent de Paul Children Rehabilitation Center in Musanze, Rwanda. This photo has been edited to protect the children's identities. (Aimable Twahirwa)

While there is a waiting list for a few days to enter the residential program within the center for inpatient care, for those who are accommodated, a group of up to three sisters, trained as specialists in mental health care, work together with a team of other hired professionals to provide psychological counseling and services.

Other support to the center — such as mattresses and some food — is provided by the local and national government departments, and local and international nongovernmental organizations.

While positive steps, they are not yet enough as some disabled children at the center still lack treatment and assistance for devices such as wheelchairs, Nyiramugisha said.

The resources are not enough to care for those already at the center, or those on the waiting list, who sometimes arrive at random times for emergency treatment.

"These children with physical impairments are being left behind, due to inadequate resources," Nyiramugisha said. One of the key factors preventing the inclusion of disabled children in society, she said, is the ongoing discrimination against them by their families and segregation into special schools. 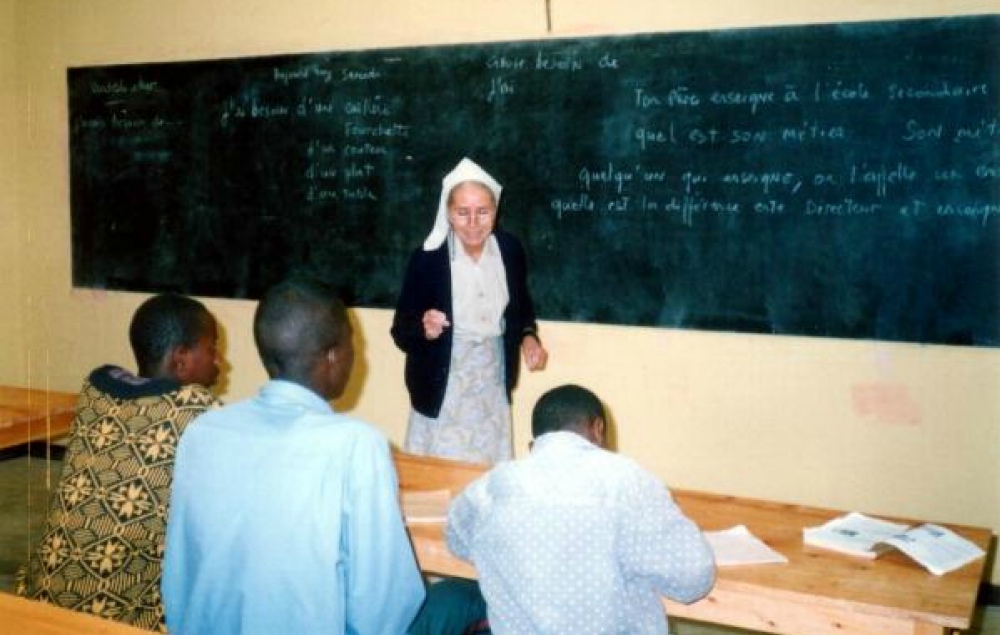 The sisters' congregation is now seeking more support from the central government and local administrative entities for funding and equipment such as wheelchairs and other devices.

"The provision of more mobility devices adapted to the needs of children with disabilities who are accommodated in the center is another important step in making sure this social category is supported," Nyiramugisha said.

In the meanwhile, local administrative officials in Musanze districts have donated three Friesian dairy cows to improve the nutrition for children with disabilities who are admitted to the center.

The St. Vincent de Paul of Lendelede congregation is making a difference in Rwanda in the management of poor mental and physical health for children who were living without any hope before they entered the center, Nyiramugisha said. "We are catching up with a lot of unmet demand."

[Aimable Twahirwa is an award-winning journalist and editor based in Kigali, Rwanda.]