Leaving their habits behind and disguised along with police in regular clothes, a small group of three or four nuns raid brothels in Kolkata, India, at night, snatching young women and girls as young as 12 from the clutches of their captors.

In four years, "we have put 30 traffickers in jail," Sr. Sharmi D'Souza, a member of the Sisters of Mary Immaculate, told journalists at a Vatican news conference Dec. 10. She and a number of other religious women attended the event that presented Pope Francis' World Day of Peace message, which urged everyone to fight modern forms of slavery.

"In one night, we saved 37 girls," she said, adding that 10 were minors. The sisters take the women to safety and offer them support and assistance; the women also provide critical information to police, such as names of traffickers and the location of other brothels.

If police refuse to go with the nuns on a raid because they have been bribed by traffickers, the nuns go to someone higher up on the chain of command, "and they take action," she said.

"We never go alone. We go along with other NGOs together. But we need our pastors to come along with us, our bishops, our priests to support us, because if they are with us we can still do more," she said.

The ongoing call to get more priests and men religious active in the fight against trafficking was reiterated by a U.S. priest in the audience during the question-and-answer portion of the news conference.

"The presence of such dedicated women religious is extraordinary. The absence of priests and male religious (at the news conference) is even more noticeable," said Fr. Jeffrey Bayhi, pastor of St. John the Baptist and Our Lady of the Assumption churches in Zachary, Louisiana; he appeared to be the only priest in the audience who was not part of the Pontifical Council for Justice and Peace, which presented the pope's message to the press.

Even though Feb. 8, the feast of St. Josephine Bakhita, will be the first International Day of Prayer and Awareness Against Human Trafficking, Father Bayhi said "in the United States, very few people are going to know who she is, and very few priests will be able to tell them about her" or about the global problem of human slavery.

As a child, St. Josephine was kidnapped and sold into slavery in Sudan and Italy. Once she was freed, she dedicated her life to sharing her testament of deliverance from slavery and comforting the poor and suffering.

Bayhi suggested the church develop a short practical guide to help priests develop homilies for the day of prayer as well as offer courses or information for priests and seminarians about human trafficking.

While women religious are on the streets helping victims, priests need to take advantage of "the pulpit" to speak out against the exploitation of other human beings.

"That's the one microphone we have got worldwide, that the priest in the church can help educate" others, he said.

Pastoral letters about trafficking "are great, but until it gets in the parish on the pulpit with the priest" where it might lead to a conversion of hearts and action, "I'm afraid very little will be done."

The real cause behind all the new forms of slavery and exploitation is "human life has been so devalued," he said.

"Life is seen only as something for profit, pleasure or possession. Unless we address that societal ill that is worldwide," exploitation will keep happening. The "snakes" of evil, he said, will never be wiped out "as long as there is a market for venom."

Sr. Monica Chikwe, a member of the Hospitaler Sisters of Mercy who works with trafficked Nigerian women in Italy, said former victims sometimes become traffickers themselves, deceiving others into thinking they can go abroad to make lots of money.

Women and girls keep falling prey to traffickers because even rescued victims who are ready to start a new life back home never explain what really happened to them and the risks involved, she said.

Chikwe said prevention programs are aimed at schools and families because family members, too, traffic their children.

Father Bayhi, who is currently trying to build a shelter for exploited minors, said a number of youths they are rescuing from exploitation and prostitution are children who were being trafficked by a parent, close relative or guardian.

He said a classic example is an uncle or "a mother who is addicted to drugs, she needs the money, she has a daughter. . . ."

The priest was in Rome as part of his efforts to fight trafficking in Louisiana.

Father Bayhi said Consolata Sr. Eugenia Bonetti, the head of anti-trafficking initiatives for the Italian Union of Major Superiors, helped educate Louisiana state officials about the problem and "we've had 500 arrests in the last two years."

Sr. Bonetti said the only way to help potential victims or people at risk is to go to them – "direct contact," which is why she and her community hit the streets of Rome late at night and speak to foreign women who have been trafficked into prostitution.

"We tell them there is an alternative" and that they can be free, she said.

"We enter into communion with them, without judgment, without condemning them, trying to really understand their situation and lend a hand," she said.

A toll-free hotline has allowed women to get help, she said, resulting in freeing more than 6,000 women in Rome from traffickers the past two decades. 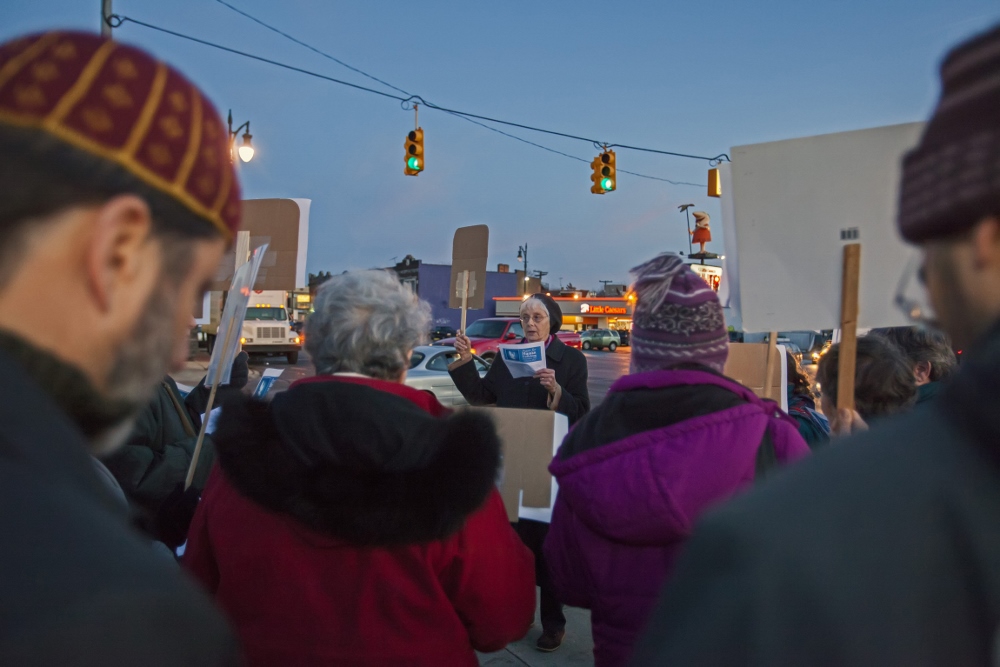