For 16 years, Loreto Sr. Ephigenia Gachiri has traveled across Kenya desperately trying to halt female genital mutilation. Though millions of women are still at risk for the ceremonial cutting, there are success stories. Mary Nasibo is one.

When Mary Nasibo was growing up in Ongata Rongai, a town on the southern fringe of Nairobi's sprawl, she vaguely knew about female genital mutilation. She had heard about it, but didn't really understand what it was.

When she was 11, Nasibo and her schoolmates attended one of Gachiri's seminars in their school, a lecture designed to help girls understand exactly what female genital mutilation is and why it is dangerous.

"We watched movies about FGM and got information, and I decided I did not want to undergo that process," Nasibo, now 18, told Global Sisters Report. "But when I went back home, my dad passed away," she recalled.

"My grandma was pushing my mom to circumcise me. I overheard them talking about how they were going to do it. So I went to my teacher and I told her. My teacher collected me and talked to Sister Ephigenia and they went to the chief. Then I went to a small children's home nearby for two weeks. My mom was advised not to do it, so I went back home for a while."

But during that time, Nasibo said, she was mistreated and scared. When she overheard talk about circumcising her again, Nasibo went to her teacher, and they decided to find a permanent solution.

Nasibo's story is unique in Kenya for a number of reasons. First, she received the education about the dangers of the ceremony before she underwent the ceremony herself. But most importantly, Nasibo had a place to go when she needed to get away.

A safe house with the chief

Ewuaso Kedong Town is a small Masai village in southern Kenya where the flat arid land stretches for miles in every direction. The dusty village center is a single road with half a dozen shops, located more than 80 miles from the nearest paved road.

The Masai tribe who live here are herders, completely dependent on the rains for the survival of their cows and goats. The elders still dress traditionally in flowing, colorful fabrics and beaded jewelry in a variety of piercings.

Twenty years ago, a local anti-FGM activist in Ewuaso named Grace Sekento won an important victory. She got the police to arrest the tribal chief, Simon Lasiti Nkipai, for his role in failing to prevent a cutting ceremony. Although the law making FGM illegal in Kenya was only passed in 2011, grounds for arresting people complicit in FGM already existed.

Even more incredible, Nkipai was put into prison for his failure to stop the FGM ceremony. Though Nkipai was quickly released, that moment was pivotal for the chief, and he suddenly understood his responsibility in the community regarding FGM, his wife, Agnes Katata Lasiti, told GSR.

Lasiti, the chief's wife, is the first woman in the community to go to university, and she works as a third-grade teacher in the local government school. Lasiti is proud to tell everyone that she is not cut, and she refuses to cut any of her daughters.

After the jail stint, and because of Lasiti's anti-FGM activism, the family began offering their house as a safe haven for girls who did not want to be cut. Almost three-dozen girls cycled through the house over the years, though the chief had difficulty providing food and school fees for them. When the Catholic church opened a parish in Ewuaso in 2004, the chief approached the parish to ask them to create a permanent solution for girls who were forced to flee their homes.

Fr. John Fortune, a Rosminian priest from the Institute of Charity, and two sisters from the Daughters of the Heart of Mary, Sr. Ilona Fernandes and Sr. Carol Kimani, started working to build a center in 2010 and opened their doors to the first girls in 2011.

Sr. Jane Wakahiu profiled the Maria Adelaide Center in September 2014 for GSR. The center is home to 17 girls who attend the local government school. They cook for each other every evening and work on traditional beaded projects, including decorated dresses that they use for performing songs and dances they made up about stopping FGM.

Before a girl can move to the center, Chief Nkipai tries to reconcile her with the family, which is always the first step. He and his wife try to extract a promise from the family that they will not carry out the ceremony, explained Lasiti. Sometimes, they are able to come to an agreement, and they have never had an instance of a family reneging on their promise.

But if parents refuse to agree to the chief's demands that they not circumcise the girl against her will, the girl comes to the Maria Adelaide Center.

The first girl to move to the center in 2011 was Nasibo. At the center, she thrived. She is the first girl from the center to attend high school, a boarding school run by the Loreto Sisters in Kitale in Western Kenya.

"We call her our pioneer," explained Sekento, who used to work with the NGO Compassion International. For the last four years Sekento has worked as a coordinator at the Maria Adelaide Center and is known as "Mama Grace."

When GSR visited Ewuaso nearly a year ago, Sekento had just returned from a 12-hour round-trip to visit Nasibo at the school during an awards ceremony, acting the role of a parent. "She was the best girl in business class and received so many awards, I took a lot of photos!" said Sekento, beaming like a proud mother.

Nasibo was ranked third in her school, and 215th out of 6,000 students in Kitale.

She graduated on Nov. 6, 2015, and hopes to study accounting at the University of Nairobi, if she can secure funding.

Nasibo's academic success if the best proof for the community that uncircumcised women can excel. Traditional elders argue that women must be circumcised in order to be successful. The girls at the center, who are all excelling in their studies, obliterate this argument.

"We ourselves are the examples," explained Lasiti. "When I go [to the community] I tell them, I said no to FGM. I have not passed through that. They see me, and they can see that I'm OK. And they see my daughters who are not cut. One of my daughters is a nurse, the other is an accountant."

The center has empowered the girls, as well as another subset of the community: local men who oppose the practice.

"All the educated men in this community don't want to marry circumcised girls, so the boys will help us change the community," Sekento said. "As soon as this center started, [these men] also got a voice. Last December [2014] we had a forum, and invited the chief, and the boys came and this is what they told us. They said, 'If you don't want us to marry from other tribes, then leave your girls complete; let them be whole and we'll marry them.'"

This accelerated, intense change in Ewuaso is a result of the Maria Adelaide Center, explained Sekento. "If a place wants to change very fast, they need a center so that parents can see what happens [when girls are not cut]."

Nasibo credits Gachiri and her Christian Rite of Passage with saving her life. "From that seminar onwards, I got to know myself, I understood the consequences and the danger of the FGM," Nasibo said by phone from Ewuaso. She felt a transition into maturity as a result of the seminar, Nasibo explained. "When you're given skills and you learn these things, you can feel older without undergoing FGM. "[FGM] doesn't help, it's just really harmful."

The education component of the seminars is so important, because most girls simply don't understand what exactly FGM involves.

Nasibo wants other girls in Kenya to take charge of their future. If a girl hears her family planning a circumcision, she needs to act, Nasibo said. "They should be communicative and look for ways of getting help, not stay at home and wait for the circumcision to happen."

But the problem is most girls at risk don't have anywhere to turn to for help.

Ewuaso's rapid change was possible because the small village was a perfect storm of forces aligned against stopping genital mutilation. The village lies within the area where Gachiri holds seminars. NGOs such as Compassion International have been active there for decades. It has a local parish with a priest and sisters who have made this issue a priority. And most importantly, the tribal chief is supportive and involved.

But this is just one village in Kenya. Across the entire country, there are fewer than 10 centers where girls can turn if they want to flee their homes rather than get cut. And Chief Nkipai only gets involved in Ewuaso if the girl is being forced against her will to get cut. If she wants to take part in the ceremony, he does not stop it.

Sekento's dream is that eventually the center will be obsolete, and girls will no longer need to flee their families to get away from FGM and the early forced marriage that often follows. When that day comes, she plans to turn the cheerful dormitories into a college for girls. After 20 years of activism to end FGM, she knows the journey is long and difficult. Still, she feels Gachiri and the Maria Adelaide Center are on the right path towards empowering women, and their communities, to end this practice.

"There is power in a woman," said Sekento. "Give a girl the right shoes, and she'll conquer the world."

The Maria Adelaide Center's first resident now has her high school diploma in hand, another concrete example of a girl without FGM growing up to be a successful woman.

"Don't dwell on what traditions people used to do," Nasibo added, especially when those traditions are so harmful. "We can make changes — we need to look to the future."

Related - In rural Kenya, a path to adulthood without female genital mutilation 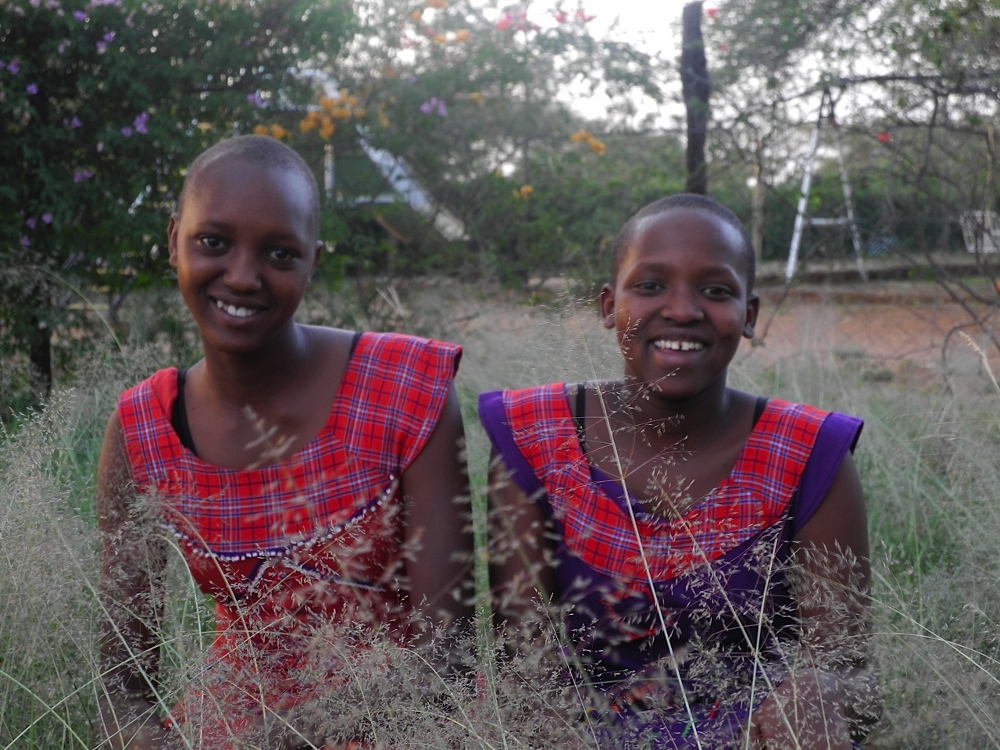 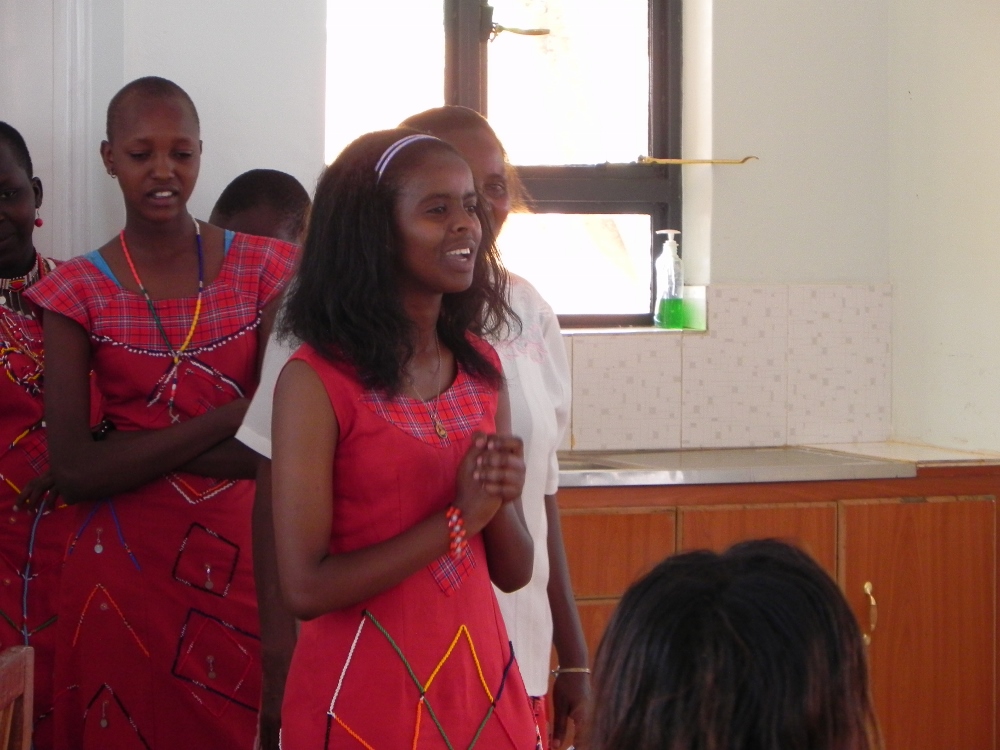 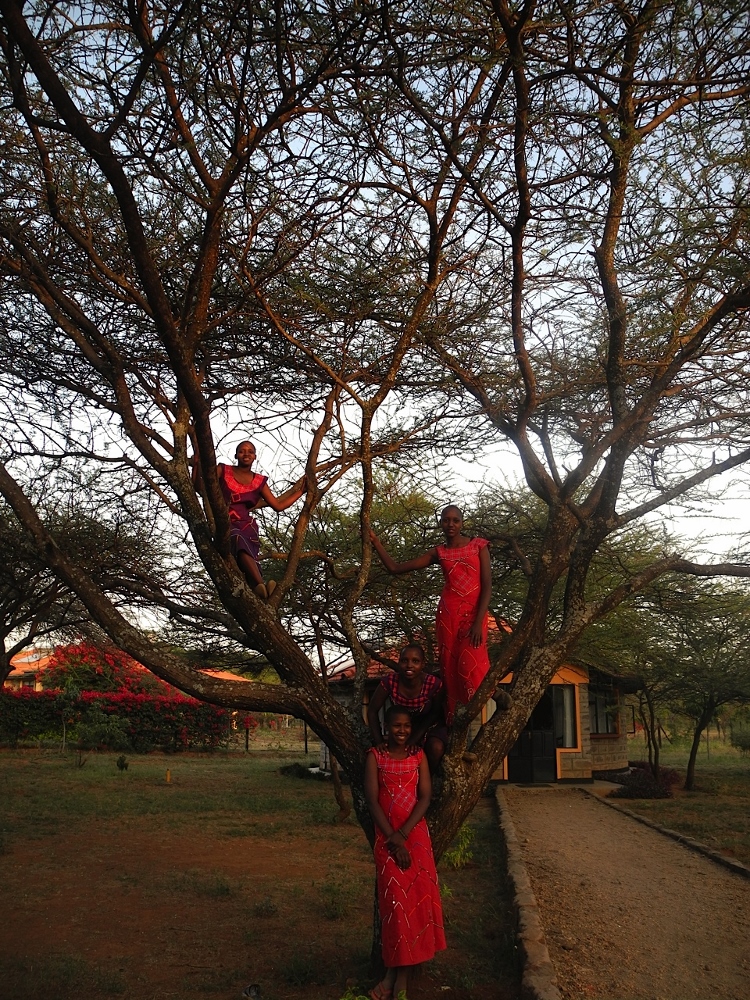 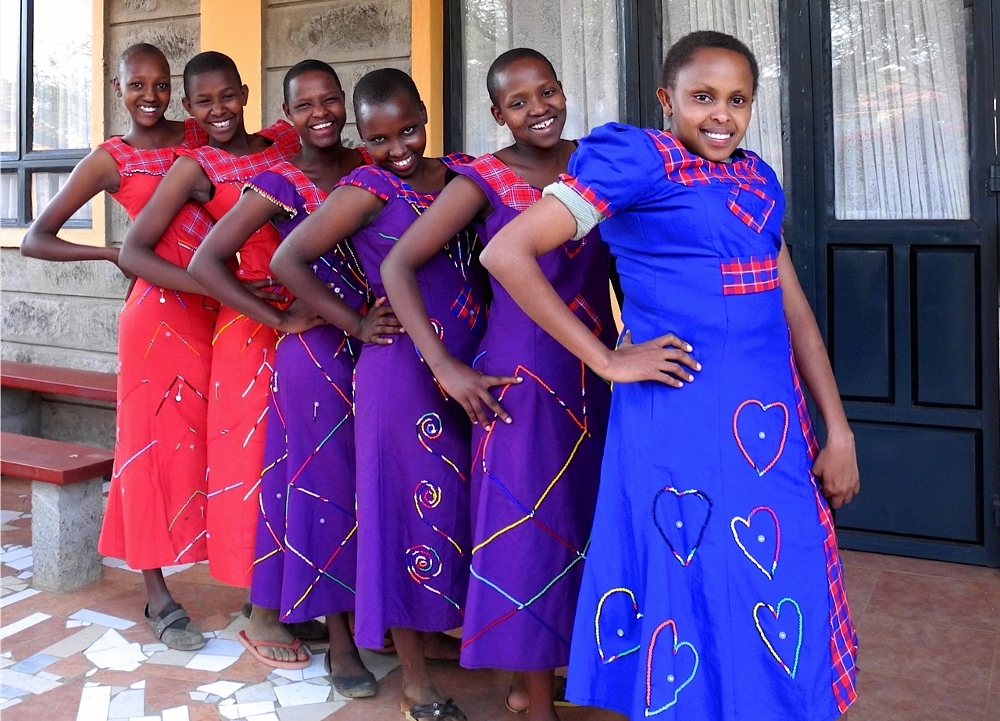