On Saturday nights at different time slots, three religious sisters are in radio booths with their priest co-anchors on the Philippines' widely broadcast DZMM Teleradyo that airs live on both radio and television.

Following at 11 p.m. to 12 midnight is "Usapang Kapatid" ("fraternal conversation") hosted by Fr. Emmanuel "Nono" Alfonso of the Society of Jesus and head of Jesuit Communications or Jescom, and Sr. Rosalyn "Yna" Oñate of the Religious of the Cenacle.

These two "talk shows" have anchors or hosts in radio booths but are seen on TV in a format called Teleradyo (television + radio). These programs can also be viewed live on the station's website. Owned by ABS-CBN, a giant multi-platform media network, Teleradyo is aired abroad by ABS-CBN's The Filipino Channel and can also be heard online.

The radio anchors or hosts on DZMM Teleradyo appear on TV the way they are in their radio booths. Both "Light Moments" and "Usapang Kapatid" use varied formats of Scripture readings, spiritual guidance and counseling sessions with call-in questions from listeners.

DZMM Teleradyo has dozens of programs that tackle a variety of subjects, including politics, education, health, agriculture, legal issues and sports. The programs give way for some minutes to breaking news or "flash reports." The four Catholic programs all air on late nights, but only "Light Moments" and "Usapang Kapatid" have religious sisters. There are no non-Catholic religious programs aired on ABS-CBN's radio stations and TV channels.

These Teleradyo programs steer clear of antagonistic comments and proselytizing, unlike some non-Catholic religious programs that often criticize or bash Catholic practices and beliefs.

"Light Moments" was first anchored by Society of the Divine Word's Fr. Jerry Orbos and Fatima Soriano, a visually challenged young woman whose singing voice and spirituality have endeared her to many. Several years ago Orbos left "Light Moments" in the hands of Marquez. Orbos who writes a Sunday column for the Philippine Daily Inquirer, took on other assignments while Soriano, a kidney transplant recipient, had to leave for medical reasons.

Padre Juan describes "Light Moments" not only as light as opposed to heavy, but light because it should give brightness. The program still begins with Soriano's popular religious song from her album. Marquez first reads the gospel for Sunday, and Padre Juan gives her reflections that last for about two minutes. Padre Juan says she gives herself some quiet time on Saturdays to prepare for the night's reflections.

Then begins the discussions on particular chosen topics usually related to the gospel readings: humility, for example, or what do the weeds in Jesus' parable signify? Why was the prodigal son seem so favored? They also have occasional program guests.

Padre Juan is not new to broadcasting. While both in Rome for studies and other assignments, she and Marquez hosted a weekly program from 1998 to 1999 on Radio Centro Filipino for Filipino overseas workers (commonly called OFWs) in Italy who now number more than 120,000. Marquez is a canon law expert, pastor of the Sacred Heart Parish in Quezon City and vice provincial superior of the Divine World Missionaries' Philippines-Central Province.

"I was out of the country for 17 years," Padre Juan says. She was assigned in the U.S., Mexico and India. She came back to the Philippines in 2011 and has since been working at Adamson University run by the Vincentian Fathers and where she finished her bachelor's degree in chemical engineering. "Now it is human engineering," Padre Juan laughs about her chosen field. She works in the university's international relations department and for the care and education of international students.

"Besides tackling the Sunday Gospel on radio, we discuss social and spiritual issues," the Scalabrianian sister says. "We invite guests, we play music. We do not crack jokes that have no value. On the third Sunday of the month we discuss the Old Testament books of the Bible with an expert."

"DZMM is like family, like community," Padre Juan says. By being on radio one can provide "occasions of joy" and glimpses of God's love, she adds.

Panganiban was provincial leader, then vicar general of her congregation, after which she spent two years in Brazil. She was, at one time, also president of the College of the Holy Spirit. (She also is one of 20 panelists for "The Life," a new monthly feature by GSR highlighting the views of sisters around the world on various topics.)

She accepted the invitation to be on radio, she says, because it is "good evangelization" and a chance for her "to share from my heart." Having a doctorate in education, she had been in academia for many years and has no previous radio hosting experience. Being on Teleradyo has its surprises. "One time, in the province, I was called to minister to the dying," she said. "There was a little girl there, about 6 years old, who said to me, 'I recognize you, you are on television.' I thought, she's awake at that late hour?"

Also a Saturday night religious program hosted by a Jesuit and Cenacle sister, "Usapang Kapatid," draws on listeners-viewers for much of its content. Discussions, reflections, advice and answers to questions are also in Filipino and Taglish (Tagalog-English). "We really wanted to go mainstream," says Jescom's Alfonso who co-hosts "Usapang Kapatid" with Oñate. The program started in 2004 after Alfonso approached the network's top official for a free time slot and got a positive reply.

He had for co-hosts a layman and Cenacle Sr. Nerissa Bandojo, popularly known as  "Sr. Bubbles." Alfonso and Bandojo co-hosted until last year when the latter, at that time the Cenacle's regional superior for Asia, became a member of the Cenacle's general council based in Rome. Oñate took the place of Bandojo.

"Usapang Kapatid" opens with Diana Ross' hit song "Do You Know Where You're Going To" from the movie "Mahogany." Although the program is also topic-driven, the third Saturday of the month is for counseling. Listeners either send text messages or call: Where to go for discernment of a religious vocation. How to save a marriage. How to deal with children in the wrong company. Even Filipinos based abroad send in text messages.

But unlike in spiritual direction where people may seek answers but are encouraged to find them or arrive at decisions themselves, the radio listeners who call or send text messages are handled differently, Oñate says. "We give advice right away." Callers and texters expect a reaction, advice, admonition, encouragement.

Oñate is not new on radio. "When I was a student, I briefly worked as a deejay in an FM music station in Davao City where I come from," she says. "We played mostly jazz." Turning 40 soon, Oñate has been in religious life for less than 10 years and not yet made her final vows. She has finished her masters in systematic theology at the Loyola School of Theology. The Cenacle Sisters focus on spiritual direction and retreats.

That these religious sisters and priests have made it to radio broadcasting and television in mainstream, secular media, and in a giant network especially, could be considered a boon to the Catholic Church's broadcasting ministry in the Philippines.

The Manila archdiocese has TV Maria, a cable channel, but because of funding limitations, cannot quite compete with those owned by non-Catholic groups, Fr. Alfonso says. There are, in the provinces, small radio stations run either by dioceses or by religious congregations but they have limited reach.

Sr. Panganiban says that the exchanges during the program, especially the sharing portion by invited guests — be they are from the movie sector or the youth — give her "rich insights" that she takes home after the show.

In his message for the 48th World Communications Day in 2014, Pope Francis stressed the importance of good media communication. "In a world like this, media can help us to feel closer to one another, creating a sense of the unity of the human family which can in turn inspire solidarity and serious efforts to ensure a more dignified life for all. Good communication helps us to grow closer, to know one another better, and ultimately, to grow in unity." 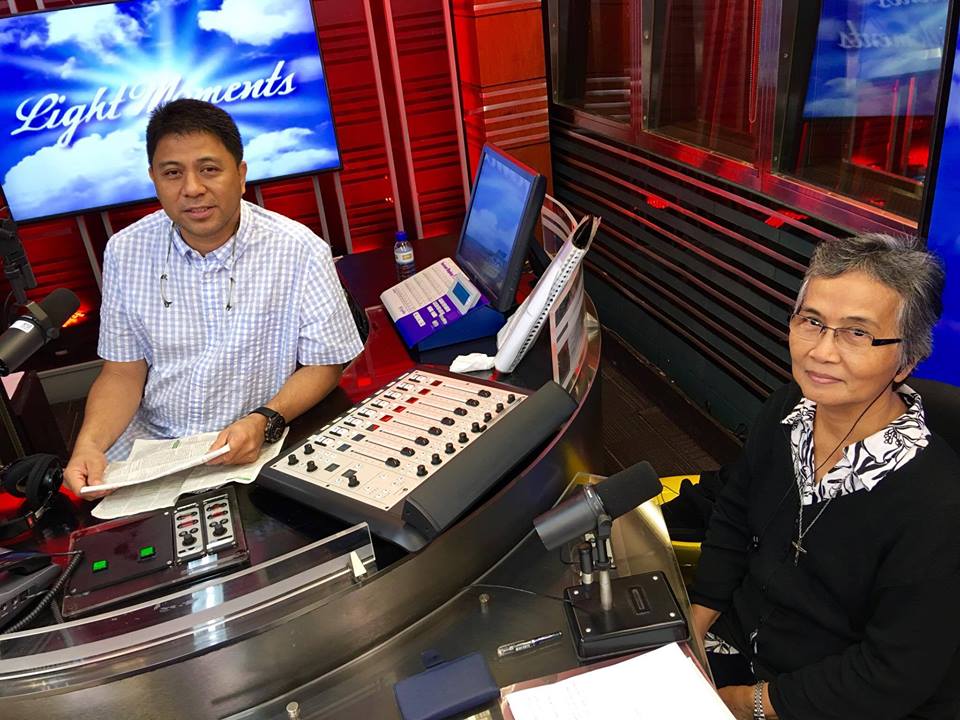 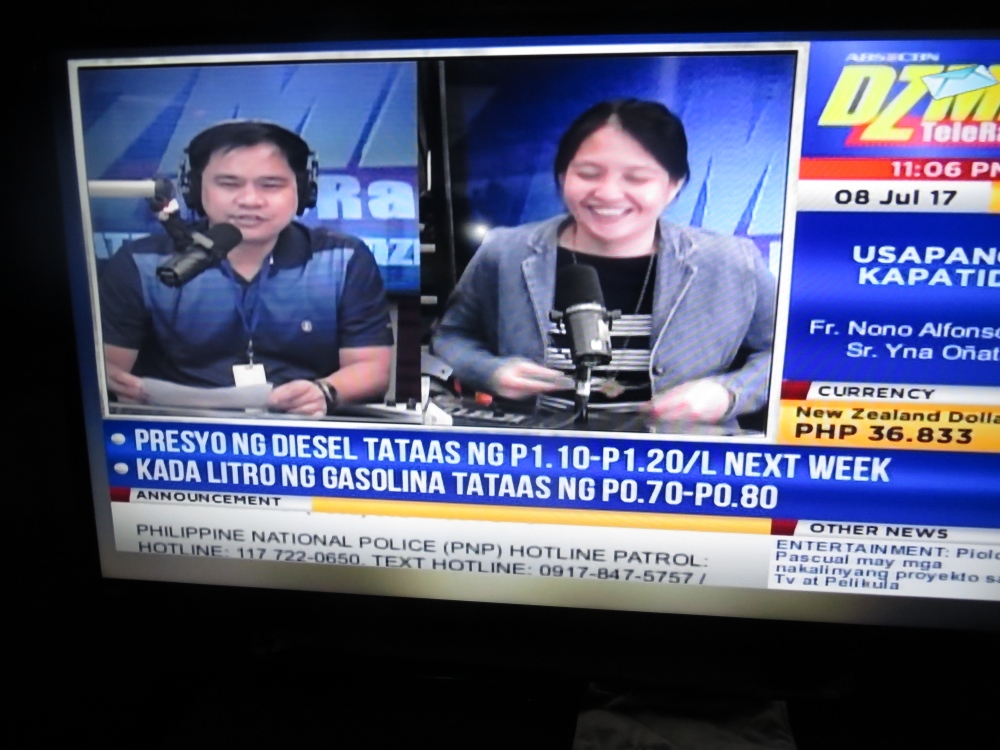 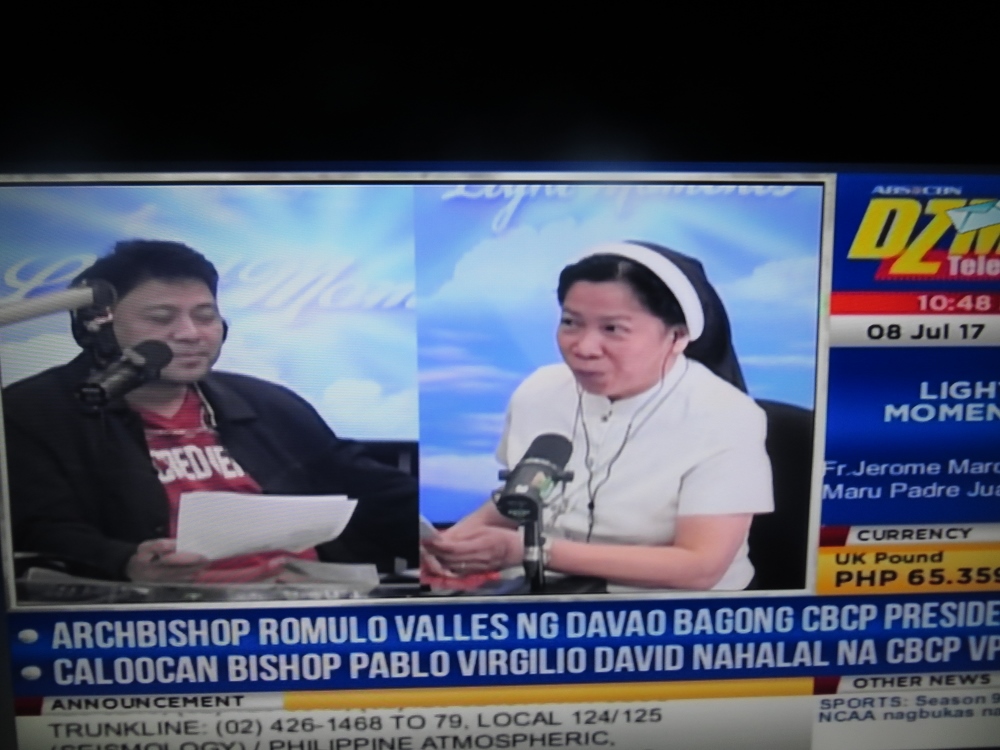 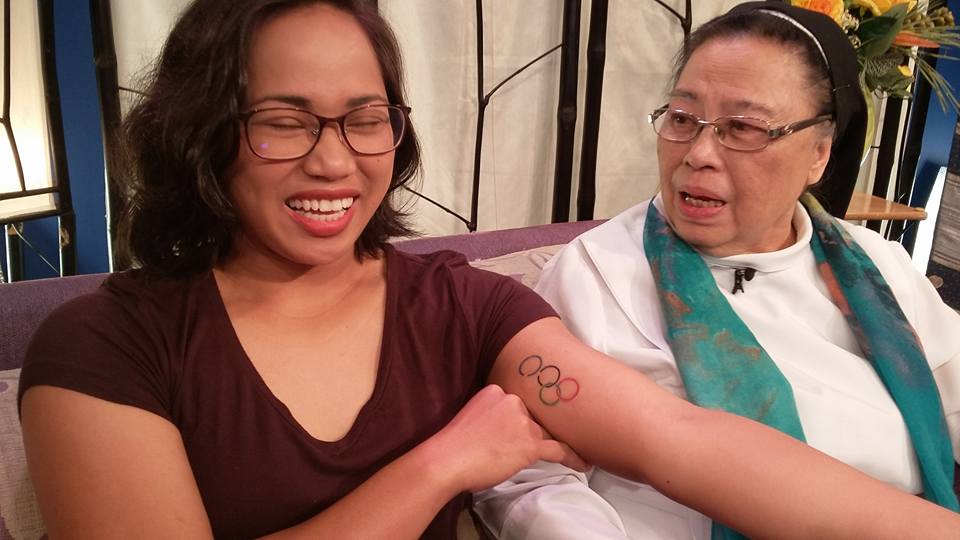 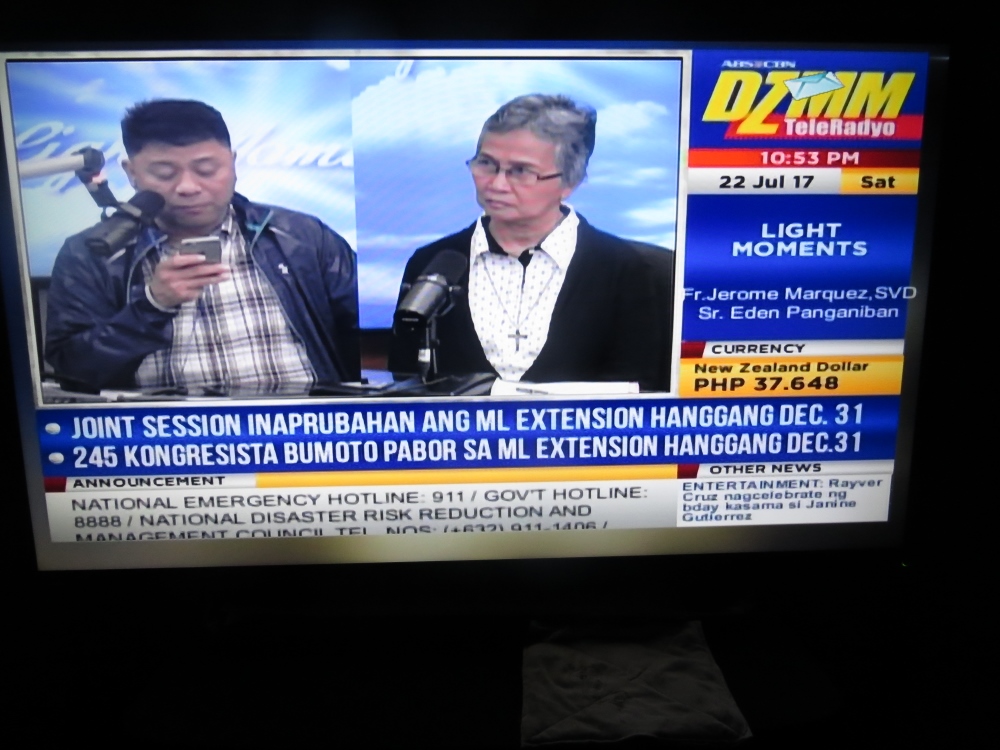