Though Catholics make up less than 1 percent of the population in Ethiopia, Catholic sisters have always had a strong presence in the country, especially in the area of children's orphanages. The Missionaries of Charity sisters alone had 19 orphanages, including hundreds of children in their central orphanage in the capital of Addis Ababa. Many other congregations, including the Daughters of Charity, the largest congregation in Ethiopia, also had dozens of orphanages.

According to UNICEF, Ethiopia has more than 4.5 million orphans under the age of 18 in a country of 90 million people — half of them children. UNICEF counts children with just one parent as "orphans" and children with no parents as "double orphans." The fact that 10 percent of the under-18 population is orphaned is due to a variety of circumstances, including the HIV/AIDS crisis, drought, war and poverty. The high number of orphans, and the state's inability to provide care for them, meant that Ethiopia was a popular place for international adoptions.

But in 2011, Ethiopia did an abrupt about-face. It announced it would be cutting international adoptions by 90 percent, as well as closing orphanages. Part of this was due to concerns of "baby buying." International adoption fees in Ethiopia are usually around $25,000, and this has conversely created a market of rural villagers in dire economic straights giving up their children, either willingly or unwillingly, in hopes of cash payments from the adoption agencies or middlemen. This is unfortunately a common issue for developing, rural countries around the world. It's one of the reasons why the Hague Convention on Protection of Children and Co-operation in Respect of Intercountry Adoption tries to create accountability that the children put up for adoption are truly orphans. Ethiopia has not signed on to the Hague Adoption Convention.

Later in 2011, a freak case captured the headlines, further decreasing Ethiopian international adoption. Thirteen-year-old Hana Williams, who had been adopted from Ethiopia three years earlier, was beaten and starved to death in Washington state by her fundamentalist adoptive family. While the case was not indicative of the thousands of successful adoptions that take place each year from Ethiopia, the issue embarrassed the Ethiopian government. Two months after Williams' death, the government started announcing orphanage closures, especially orphanages geared towards international adoption.

Before the severe cut in adoptions, "We used to have 400 kids in Addis Ababa," said one Missionary of Charity sister who refused to give her name, citing a congregational policy not to seek media attention.

"If we stopped, it means everyone stopped," she said. "Lots of organizations, as they were closing, brought their kids to us, because we were the last ones to close." She said that was because the Missionaries of Charity had a good reputation in Ethiopia, and especially with the government.

"The government wants to close all the private orphanages so they can run them [themselves]," the sister added. "They claim people were making money selling kids. There were 'chickachick' — illegal things going on — but not at Missionaries of Charity orphanages," she said, using common Amharic slang.

"Now we are not taking any more kids," she added. They still have a number of children in their care, but it is temporary. "We are trying, at least, to find their relatives, siblings or aunts or uncles that can care for them," she said.

Ethiopia's move away from institutional orphanages and international adoption is part of a global trend that places greater emphasis on keeping the child close to home. Mini Bhaskar, a social welfare specialist with UNICEF Ethiopia, said her agency has adopted the Guidelines for the Alternative Care of Children, which the U.N. released in 2009. "Among the core principles of alternative care, [it] notes the need to keep the child as close as possible to his/her community of origin and recognizes that formal care and informal care by relatives or others are valuable care options," she said.

One such measure the government promotes is guddifecha, Bhaskar said, a term in the Oromia region for informal adoption by other family members, though it is practiced widely elsewhere under different names. In guddifecha, a relative or neighbor will take in an orphaned child, either on a temporary or permanent basis. The practice only works when the strong social networks of the community are intact. Families scattered over large distances, as is increasingly happening due to globalization, weakens the ability of communities to find their own local solutions for orphans through kinship care.

Besides promoting guddifecha, the government is employing other options, including a small but growing foster care system. Ethiopian foster families, screened by the government's social services branch, can end up adopting orphaned children.

While guddifecha is a good solution for some orphans, other children simply do not have the support or social network to stay in their home communities. In an effort to minister to these most vulnerable children, sisters in Ethiopia are now running what they call "semi-orphanages." Semi-orphanages are temporary group homes for children. The child lives at the semi-orphanage, generally for a period of less than two years, while social workers or religious leaders locate family or community members who will agree to care for the child.

Since the relatives or neighbors are often impoverished, they may need extra support as a way to mitigate the costs of caring for an additional child. Some sisters in other countries are pioneering projects whereby these adoptive families are folded into economic empowerment programs.

In Adigrat, in the northern part of Ethiopia, the Sisters of St. Lucy Filippini, known as the Filippini Sisters, care for 22 children at a semi-orphanage. On a recent spring day, the children were excitedly running to their rooms after coming back from spending Easter holidays in their villages. Part of the semi-orphanage approach is having the children return to their families or communities on holidays to ensure they stay integrated with their roots.

"They have relatives, perhaps one parent, but they are unable to care for them at this time," explained Sr. Letteselassie Alemayohu, the regional superior. In Adigrat, the children at the semi-orphanage live in two big rooms and study at the school the sisters operate next door. In the evenings, they have activities, such as embroidering scarves and pillowcases.

Since the semi-orphanages program is new, it's hard to judge the long-term effects compared with international adoption. The concern is that some children may fall through the cracks of the system, forced to return prematurely to situations in their home communities that are not stable enough. Social welfare services, both governmental and non-governmental, are already strained and cannot adequately follow up with every child to ensure they are safe and healthy.

Bhaskar, of UNICEF Ethiopia, stressed that the most important thing is that all children can find "appropriate and stable family-based solutions … to enable the child to grow up in a loving, caring and supporting environment." 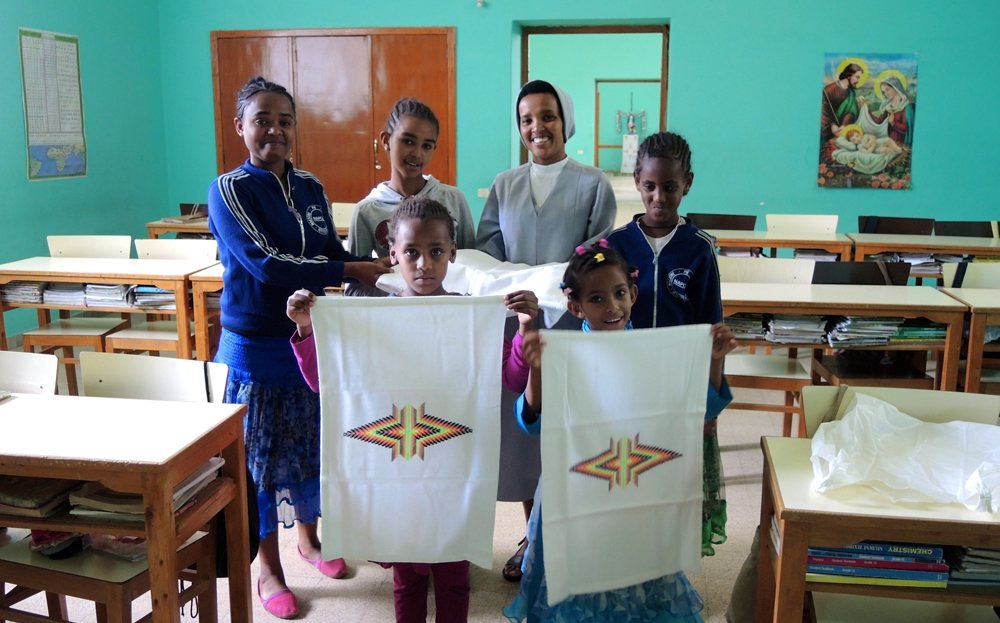 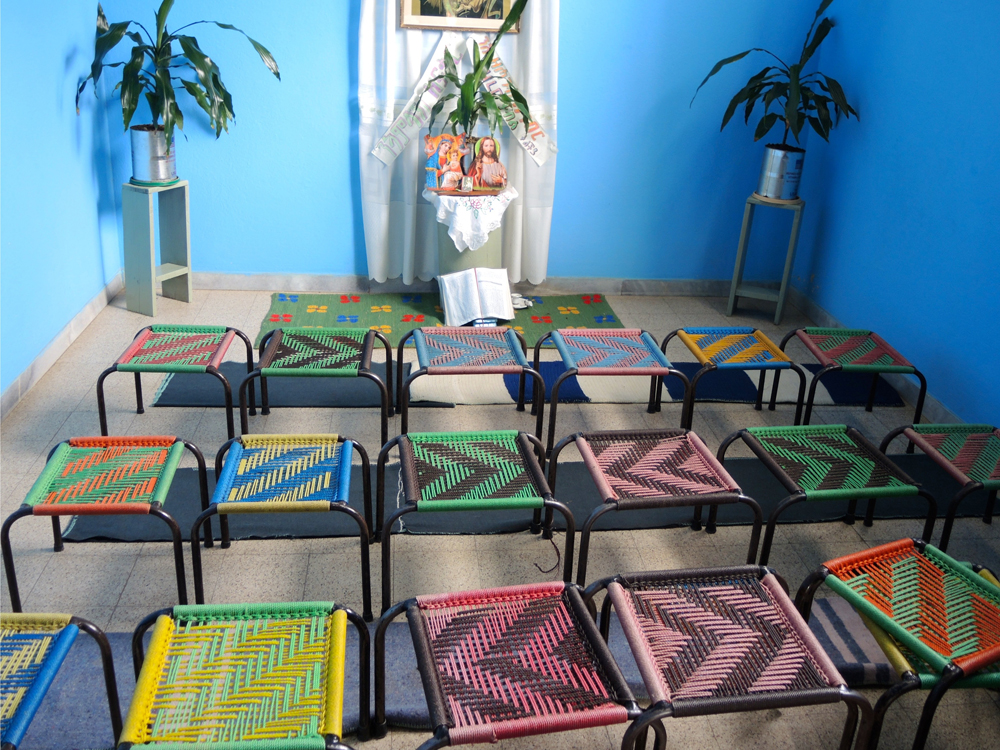 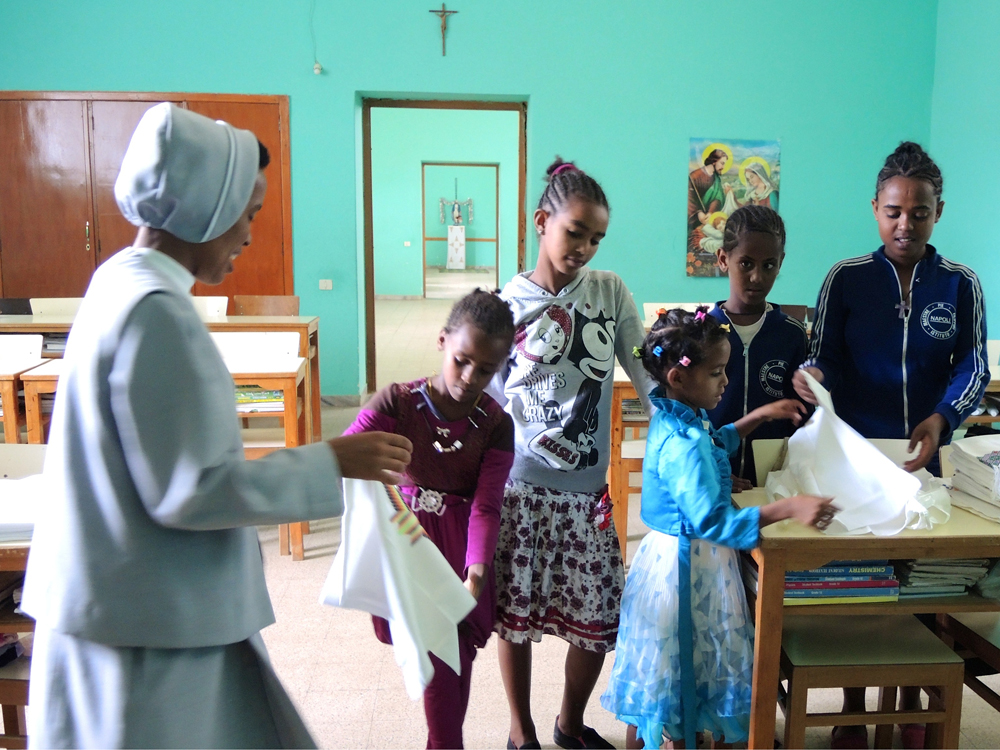 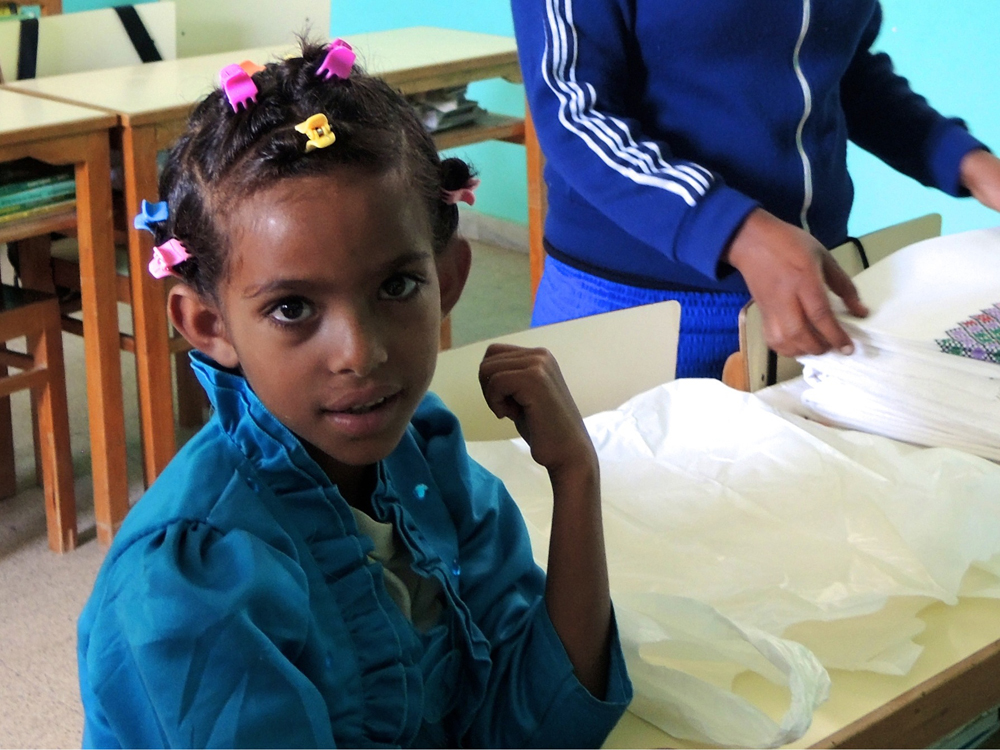