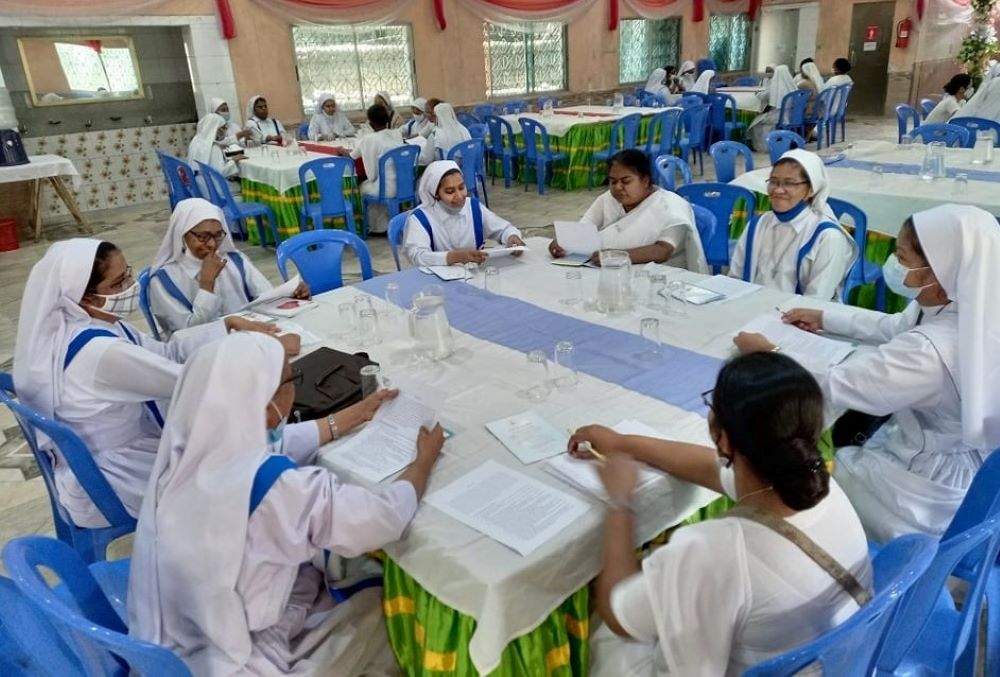 A total of 46 Missionary Sisters of the Immaculate participated in the March 12 synodal church meeting at Tejgaon Church Community Center in Dhaka organized by Tejgaon parish. (Sumon Corraya)

The three-year process of the Synod of Bishops on synodality will strengthen people's participation in the church, sisters said after taking part in the process themselves.

On March 12, nearly 50 Missionary Sisters of the Immaculate in Dhaka, Bangladesh, participated in a parish synodal event organized by Fr. Subroto Gomes.

"As nuns, we want to make people more active in the church," Sr. Chandana Rozario said. "Many people have become weak in their faith, but through positive discussion, we can stand by them. We also talked about how we can work with them in the church, how we can strengthen them in terms of faith."

"It is important to listen to the way the Holy Spirit is illuminating. That is, we will listen to each other, but we will hear in the light the Holy Spirit's illumination," she said. "Everything we do in the church, this synodal church process will help make the faithful more participatory."

Gomes said the synodal process is about walking together.

"Nobody will be excluded from the church," Gomes said. "There is hope, despair, chaos in human life, and from this situation, there are many obstacles in society. With this in mind, our holy father, Pope Francis, has taken the initiative to bring renewal to the church. We should not think of the church is just an infrastructure or a building. The church is the people of God."

Trusting your care and well-being to a religious community and taking a vow of obedience can put you in a vulnerable position that can unfortunately be abused.

Now, Voices of Faith has produced a series of videos to educate sisters and nuns on their rights and how to avoid abuse.

Called "Red Flags in Religious Life," the short videos — the longest are just over 5 minutes — cover joining a convent, training and formation, spiritual life, the three vows and sexual abuse.

For example, the video on the vow of chastity discusses how it can, if abused, lead to isolation and loneliness and can even be dangerous to one's health: It notes that some convents have used the vow to prohibit personal relationships, all forms of physical contact, and even gynecological care. The video on the vow of poverty discusses how being overworked, improperly trained or given inadequate equipment is not evangelical poverty, but exploitation.

"The aim is to educate Catholic nuns/sisters about their rights and how they can protect themselves from abuse and avoid a number of specific risks they face in their position as nuns," the announcement of the series says. "All eight videos focus on some of the most vulnerable situations in a nun's life and help to understand how to spot the signs of possible abuse." 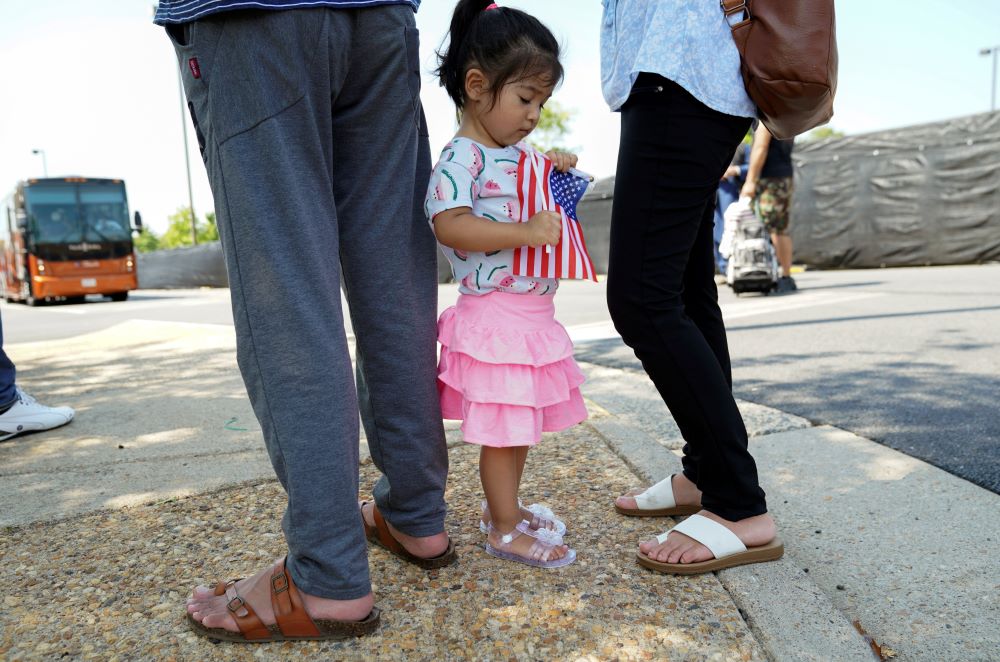 A girl holding a U.S. flag waits with her parents Aug. 24, 2021, at a processing center for refugees evacuated from Afghanistan at the Dulles Expo Center near the airport in Chantilly, Virginia. (CNS/Reuters/Kevin Lamarque)

Afghanis in the United States get temporary protected status

The Catholic Legal Immigration Network Inc. is applauding decisions it says will protect tens of thousands of immigrants to the United States.

The federal government on March 16 granted temporary protected status for Afghan nationals who are in the United States as of March 15. The status, which lasts for 18 months, protects immigrants who qualify from having to return to their country, even if their permission to stay would have otherwise ended.

According to the Department of Homeland Security, "a country may be designated for TPS when conditions in the country fall into one or more of the three statutory bases for designation: ongoing armed conflict, environmental disasters, or extraordinary and temporary conditions."

TPS for Afghanistan is a crucial part of the United States' response, but it is just that: one part. A robust humanitarian response to the crisis in Afghanistan also includes the passage of the Afghan Adjustment Act, which would allow tens of thousands of Afghan evacuees to access a pathway to legal permanent residency and gain the stability they need to build new lives. Our Catholic faith reminds us that we worship a shepherd God that is willing to leave most of his sheep to find the one that is missing (Matthew 18). While TPS for Afghanistan is the right decision, we must consider all Afghan people in our midst and ensure that we do not allow any one of them to fall through the cracks of our immigration system.

Mother Rosalie Hill founded the San Diego College for Women in the 1940s, when she was superior vicar of the Society of the Sacred Heart. The college later merged with a men's college and is now the University of San Diego, which is hosting a Zoom and in-person discussion of Hill and her life called "Future Saint? Mother Rosalie Hill: Who She Is and Why She Matters."

Sacred Heart Sr. Juliet Mousseau, vice president of academic affairs for the university's Franciscan School of Theology, will give the lecture at 7 p.m. Eastern time on March 22. Registration for the Zoom version is free but must be made by midnight March 21.