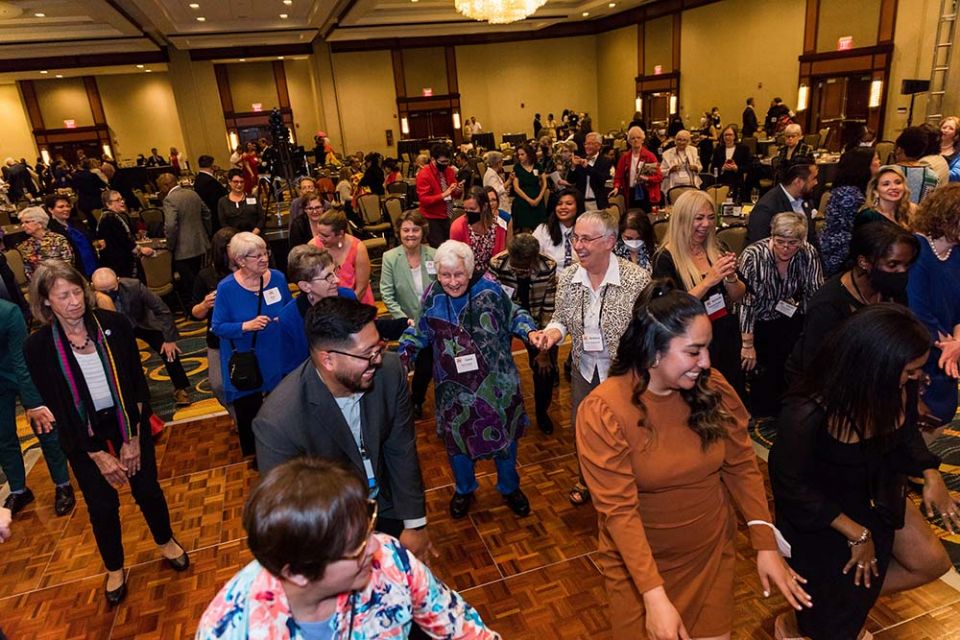 Women religious and other guests at Network's 50th anniversary gala take to the dance floor after the conclusion of the gala program April 22 in Washington, D.C. (Courtesy of Network/Shedrick Pelt)

Washington, D.C. — The Catholic social justice lobby Network celebrated its 50th anniversary April 22 with a gala dinner on Capitol Hill that featured the gathering of several of the group's original sister-founders, a presentation of awards, and the performance of a new song written especially for the group.

The final event of the evening's program — before attendees, including many Catholic sisters, took to the dance floor in celebration of the occasion — was the presentation of Network's inaugural Distinguished Justice-Seeker Award, which was given to the National Black Sisters' Conference. 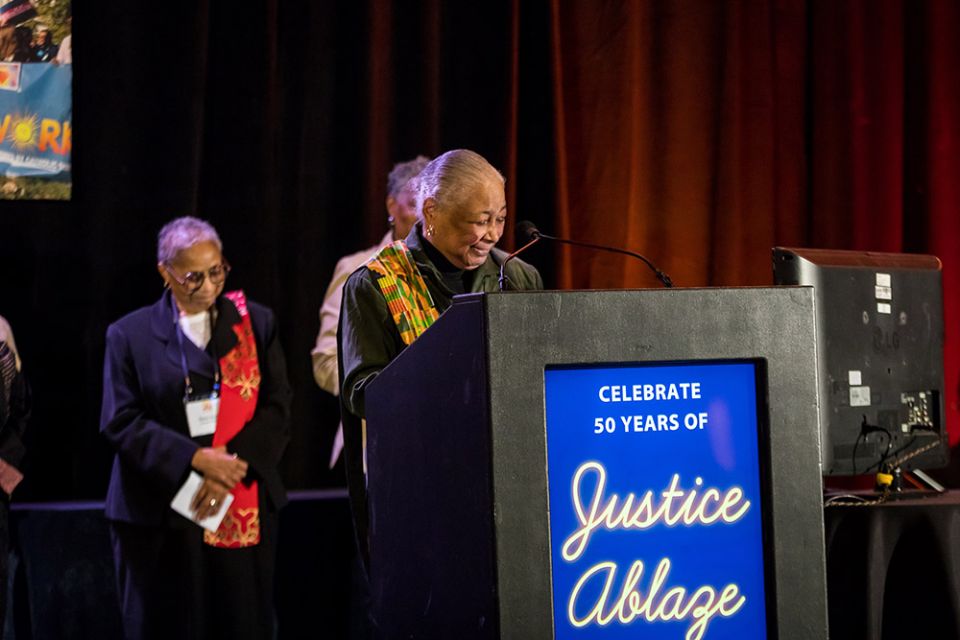 The conference, which was founded in 1968, currently represents about 150 Black Catholic women religious and associates in the United States and focuses on supporting those sisters and speaking out against injustice in the church and wider society.

In announcing the honor to the group April 22, Joan Neal, Network's deputy executive director and chief equity officer, said Network wanted to recognize the women for their "pioneering and heroic stance ... and their willingness to challenge racism, wherever it is found."

Accepting the award on the group's behalf was Sr. Josita Colbert, president of the conference and a member of the Sisters of Notre Dame de Namur*.

Network also bestowed several other inaugural awards, including the Bridge Builder Award to honor a member of the group's grassroots advocates teams; awards for "social poets," or young community organizers; and the Sr. Catherine Pinkerton Legacy Award, intended to honor the Sister of St. Joseph who worked as a lobbyist for the organization for 24 years and died in 2017.

The Bridge Builder Award was given to Tom Volkert, a member of Network's Philadelphia advocates team. 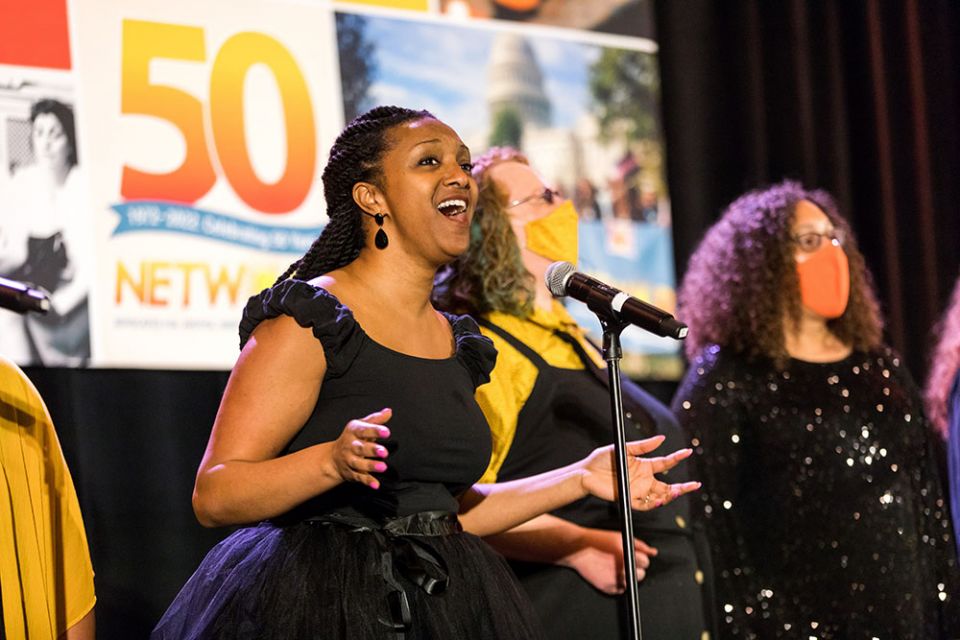 Members of SongRise, a D.C.-based a cappella group, perform a song written especially for Network at the organization's 50th anniversary gala April 22 in Washington, D.C. (Courtesy of Network/Shedrick Pelt)

The Social Poet Award recipients were Taylor McGee, a student at St. Edward's University in Austin, Texas; Ivonne Ramirez, a catechist at Our Lady of Guadalupe Parish in Ferguson, Missouri; Christian Soenen, an education and advocacy intern at the Kino Border Initiative in Nogales, Arizona; and Jennifer Koo, a staffer at the anti-poverty advocacy organization RESULTS.

The new song was written for Network by SongRise, a D.C.-based women's a cappella group. The closing lyric is: "Built on the shoulders of our sisters' grounded spirituality, we see the dignity of all, working in community. With our God, we walk humbly, love mercy, act justly."

*An earlier version of this story gave the wrong name for Colbert's congregation.

Photo gallery
Read this next: Network's 50th anniversary gala shows how the group will march into the future

A Place to Call Home: Take a second look at these sisters working in homelessness and affordable housing