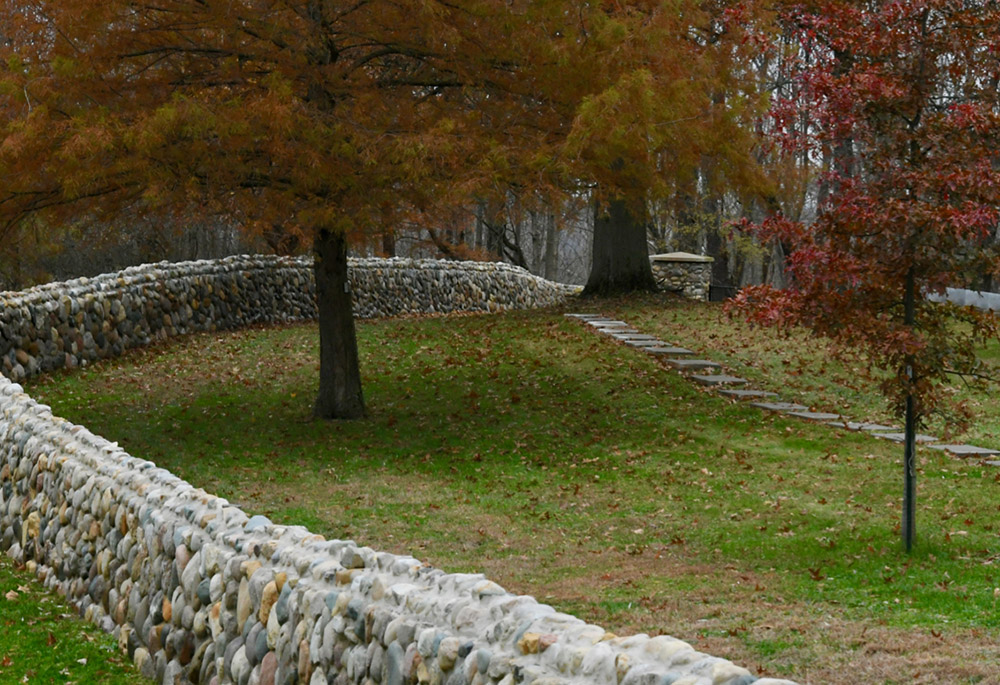 The Victory Nolls cemetery in Huntington, Indiana, is the only land still owned by the community after it sold its motherhouse to the county community corrections program. An endowment to care for the cemetery in perpetuity is being created. (GSR photo/Dan Stockman)

Editor's Note: Please share with us! If your congregation is transforming its assets — land or buildings – to new uses especially as "engines of change" please let us know. We may include it in a future article. Please write to us at info@globalsistersreport.org.

Though it seems as if there has been a flurry of activity and progress in recent months, the members of Our Lady of Victory Missionary Sisters have been taking steps toward completion for several years.

Since October, the congregation — better known as the Victory Nolls — has sold its motherhouse to the county community corrections program, asked the Vatican to appoint a pontifical commissary, made arrangements for the care of its cemetery and is working on the preservation of its archives.

But the process leading to those steps has been going on for a long time.

Congregations across the U.S. are transforming their remaining assets, such as land and buildings. Some simply sell what they have, out of need. Others, like the Victory Nolls, are going further.
Read the accompanying story here.

In 2016, they sold much of their land to a preservation trust and partnered with a local Catholic nursing home to build an assisted-living center and nursing care facility on the grounds, which is open to laypeople while providing a guaranteed place for the sisters until the end of their days.

But preparing for completion is more than just dealing with buildings and land. There are the church and civil corporate structures and governance decisions.

As for governance, on Aug. 6, 2022, the congregation will celebrate the 100th anniversary of its founding. They hope that the next day, they will transfer leadership to a pontifical commissary, appointed by the Vatican, to lead the community until completion.

They have already sent their request to the Congregation for Institutes of Consecrated Life and Societies of Apostolic Life, recommending another congregation to provide their future leaders — which itself was a yearlong process, working with three other communities for months before choosing one to recommend. The Victory Nolls asked that the recommended congregation not be published until it is approved by Rome. 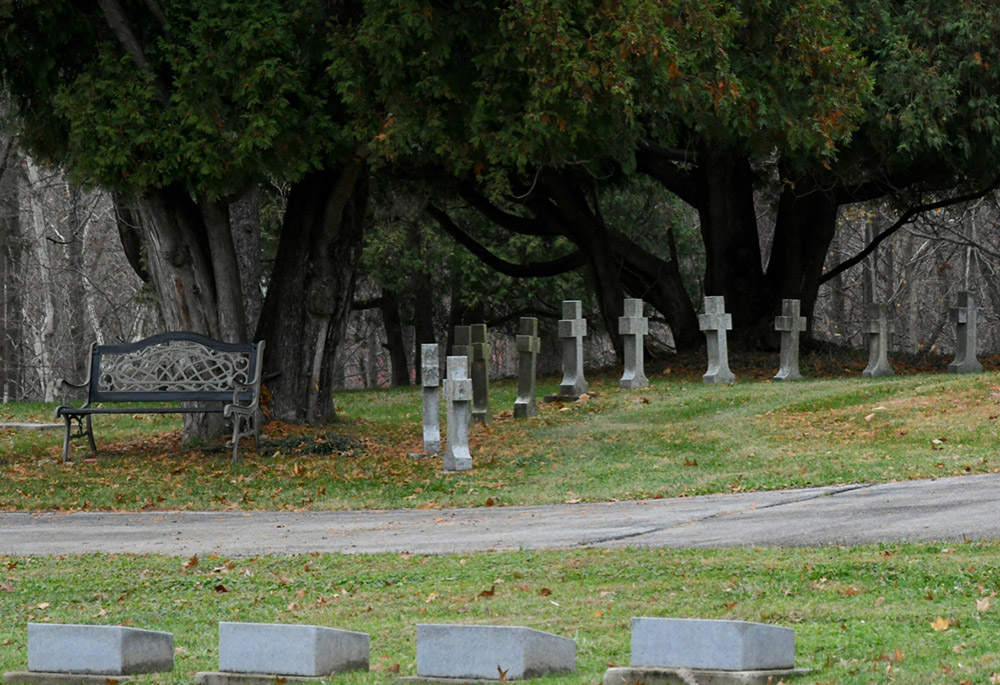 The Victory Nolls cemetery is the only land still owned by the community after it sold its motherhouse. Once the last sister dies, the cemetery will be closed to any new burials. (GSR photo/Dan Stockman)

"All of them said the process made them look at their own congregation and what the future holds," Downey said.

The congregation is shifting the membership of the board for the civil corporation from the leadership team to mostly nonmembers; the board that oversees the congregation's retirement funds has already been converted.

Downey was general secretary from 2012 to 2016. She said they lost half of their members in that time, dropping from 96 at the start of her term to 52 by the end.

"We've now lost almost two-thirds since then," she said. "We don't have the capacity for electing leadership." She said the Chapter vote to ask for a pontifical commissary brought "a sense of deep gratitude and sadness."

The cemetery will still be owned by the sisters, and they are creating an endowment so that the diocese can take care of it in perpetuity. For the archives, they are working on a collaborative archive with eight other regional congregations, to maintain and give access to all their records in one location.

But those are all just temporal things. And while the community corrections program hums along in the old motherhouse, the spiritual work of the Victory Nolls continues.

As the leadership team explained in an interview, the community sees this simply as the beginning of a new phase of their ministry, a new shape to their religious life.

"This [new] life is our mission," Nelson said. "We have a chance to live this life in a deeper way than we ever have before."

Read this next: Sisters divesting their assets work to transform them into agents of change