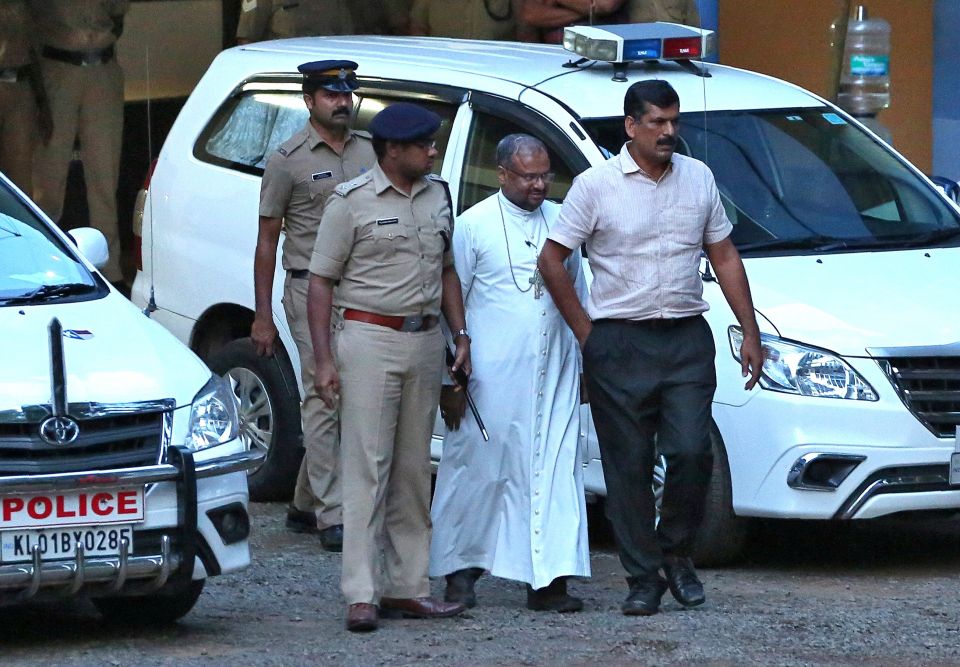 Bishop Franco Mulakkal of Jalandhar, India, is led away for questioning by police Sept. 19, 2018, on the outskirts of Cochin. Pope Francis accepted the request of Bishop Mulakkal, accused of raping a nun, to be relieved of his duties during the investigation. Mulakkal was acquitted Jan. 14, 2022. (CNS/Reuters/Sivaram V)

The verdict acquitting Bishop Franco Mulakkal in the much-awaited case of the sexual abuse of a religious sister has been disappointing to many of us, and has made us suspicious. I write this for many reasons; first, because I have journeyed with this case from a distance; and because I feel the need for speaking up in defense of our sisters, and sounding a wake-up call for us as women religious.

What has pained me more than anything else is that some women religious that I know have rejoiced about the verdict of acquittal of a bishop who was accused of nothing less than rape — and worst of all, he happens to be the patron of that local congregation. We all know now that at Kottayam the Additional District and Sessions Court Judge G. Gopakumar acquitted Franco.

Some women religious raise very naive questions: Why was she silent for all these years? Why was there such a delay in reporting the crime? I am afraid those who say that lack empathy and can't imagine the trauma she has been going through. As women religious, some think: "He is a bishop — he obviously cannot do it!" Wait a minute, he is also a human being, a man invested in power.

For too long we women in the church have accepted dominance and hierarchy and never questioned this because of the socialization processes we have gone through. Right from our childhood and into our teens we have been taught to accept everything without questioning. Because "they" know and you don't; this is internalized and every institution in our society has reinforced this belief.

I know that a very small number of sisters in India have moved out of institutions and are living among or working with those on the periphery. I have been living by myself for more than two decades in Patna, and many priests who know me say "not everyone can be like you." As if finding my space was so easy! I have often been perceived as "aggressive," and my responses are "assertive." So — it seems our institutional church does not want assertive women. Enough is enough; the time has come for women religious to break their silence. When the Forum of Relgious for Justice and Peace (of which I am the national convenor) invited her for a webinar, Rebecca Mammen John, a senior advocate at the Supreme Court of India who works primarily in the field of criminal defense, said, "The time has come to work towards structural and systemic change in the church."

My years of working with women religious in India has disappointed me, as most of us seem to feel that "we are comfortable with our stand and don't disturb us." So, unfortunately, we fail to take responsibility of our actions and we find refuge in the vow of obedience — because the onus will fall on our superior. For too long we have lived with an imbalance of the power equation; even the manner in which we address those in authority is always unequal. A position of authority is merely a role or responsibility we are called to fulfill; or — as some of us will say — it is servant leadership.

We need to revisit some of the structures within the church. Unfortunately, every church commission in India is headed by a bishop, even the Women's Commission. The subsequent chairperson in every diocese has always been one who will always say "yes" to the ones in authority.

Why is it that women religious so often choose to go to men for guidance and spiritual direction? For that matter, when we live in community and we hurt and sin against one another, why shouldn't the forgiveness in the community meetings suffice — why do we have to confess to a priest?

We as women should become aware, and take into account the fact that women constitute half the members of the church. The time has come for the church as an institution to self-correct the inbuilt structures of impunity. We need to take a pro-victim position and ensure that survivors get justice. In case after case, we see women losing the struggle — we do not see women winning the struggle.

We do not lack policy documents, what we really lack are mechanisms to make these systems functional. We have come to the time when we cannot sit on the fence; we need to speak up. And what better time could we think of doing this if not the time of year dedicated to consecrated life?

Pope Francis has already given us the wake-up call to push back against the church when treated unfairly. Let us as women of the church gather our courage, and support each other to reform the church. Let it become the church of Jesus, not a church of laws and rules that speaks of justice, but acts most unjustly when it comes to issues of sexual abuse. 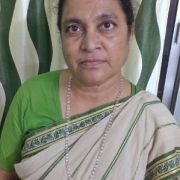 See, I am doing something new! Do you not perceive it?

UISG's 2022 assembly to focus on vulnerability, synodality in four meetings