Raised in 'love for God and neighbor' in Romania's underground church 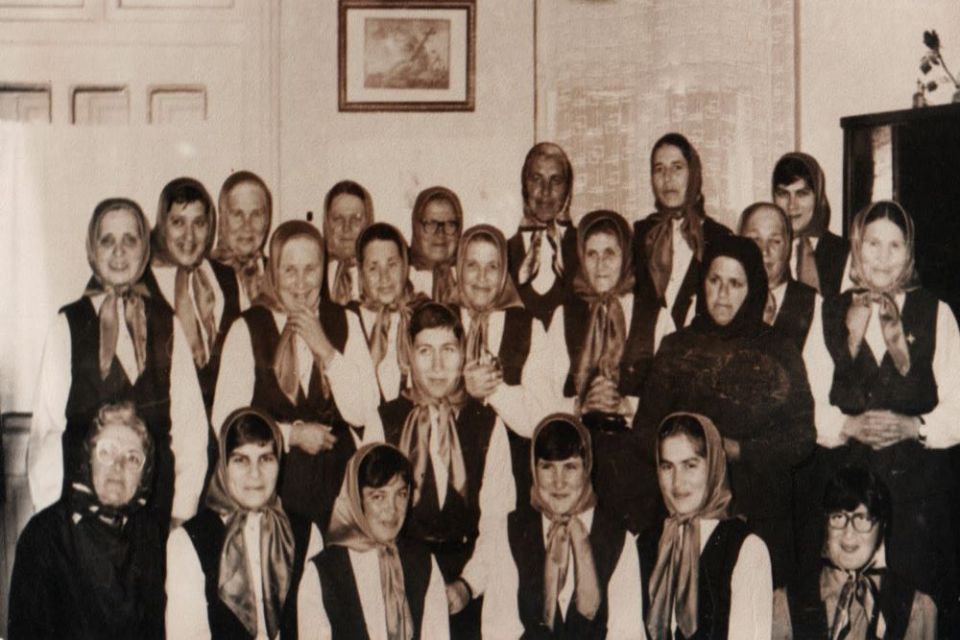 Basilian sisters held a three-day underground spiritual retreat in a two-room Romanian apartment in May 1988, a year before Romania's communist regime was overthrown. Sr. Ioana Bota, center, was provincial superior at the time. She dressed in a habit, in secret, only twice in the 18 years of the underground church. (Courtesy of Sisters of St. Basil the Great)

Writing to the Greek Catholic Church in Romania in 2000, Pope John Paul II stressed the need to document past events to "enable future generations to know their history" and urged that "the testimony and martyrdom offered by your Church be examined in a larger context of the sufferings and persecutions endured by Christians in the twentieth century."

These words resound for us today, inviting us to remember the past with gratitude, to live the present with passion, and open ourselves to the future with confidence: "Jesus Christ is the same yesterday and today and forever" (Hebrews 13:8).

Looking over the 50 years of my monastic life, this prayer wells up in me: "What shall I repay the Lord for all He has given me?" (Psalms 116:12). My entire ministry and my whole life, I put under obedience to the will of God, careful to respond to all that God requires of me.

With no written texts, no prayer books, I was raised in the love for God and neighbor and learned my faith by listening to my parents praying morning, evening and mealtime prayer.

I learned a love for Scripture from my mother; I learned that the Psalms were the strong currency to overcome any difficulty. My mother had great confidence in God's help; the sound of the Psalms rang in the attic to implore God's help whenever we were in difficulty. Anyone could enter the house at any time, so it was the safest and best place to pray without anyone knowing what we were doing. We knelt in front of a chair on which the Psalter was placed between two lit candles. We, the three older girls and our mother, from morning to evening, with small breaks, would finish reading the whole Psalter.

We lived in simplicity in a modest house with no electricity, using only a candle and a small oil lamp to consume less fuel. We had no phone, radio, TV or refrigerator. We didn't even have a notion of such things. "Learn, learn," my dad told us, "If you want it to be easier for you than it is for us now." So my sisters and I were concerned only with prayer, work and lessons.

The traditions of our holydays were very beautiful. At Epiphany we had the beautifully adorned vessels for water we took to church. At Easter, after returning from Resurrection services — starting with my father — each of us washed our cheeks in a bowl of water in which there was a red egg, a silver object (a penny or an earring) and a stem of nettle with leaves. My mother explained: The red egg stood for Jesus Christ, the overcomer of death who rose and gives us life; silver represented Jesus Christ the Healer and Defender against all evil; the nettle symbolized the suffering of Jesus, beaten with nettles during the Passion.

My mother advised us to pray always. I received my first lessons in religious education from her. I remember an illustrated book with yellowed sheets from which she read to us and which sat on the beam of the house or hidden behind the icon. We children could not touch it. 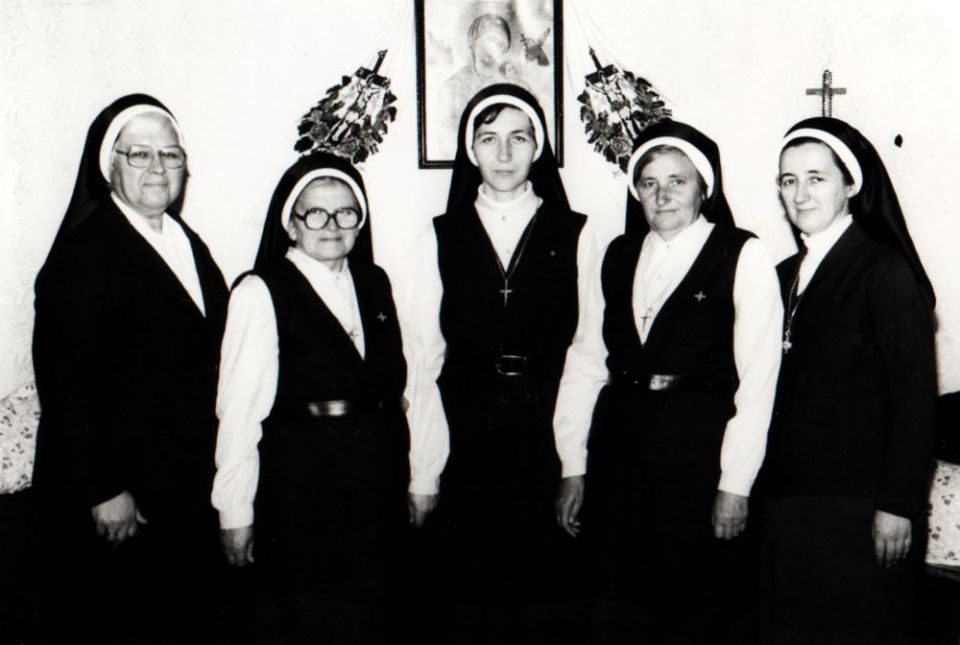 As a child, I attended Divine Liturgy at the Orthodox church in the village — a 6-kilometer round trip. My mother accompanied us to church every Sunday and holyday, and she made sure we arrived on time (sometimes even earlier for matins).

The Bible was a rarity in my childhood. We didn't have one, but some winter evenings the neighborhood women gathered in our house for handicrafts. An older man often came, carrying a plain black-covered book wrapped in a white woven cloth. Unfolding the napkin, he would place the Bible on the table and begin to read to us. We children listened carefully, noting his respect for that book, which he carried close to his heart, in his chest pocket. We were not allowed to touch it.

We did not have rosaries, but we made knots on our apron binder, or kept 10 beans or grains in our pockets. There was not always time at home, so we prayed this devotion on the road between the house and the field, on the way to work.

Our mother told us that holy water has miraculous effects, giving us a drink when we looked ill. She sprinkled us and the animals to protect us from all evil, and sprinkled the house to get rid of evil spirits. Another good memory was our respect for bread. The blessing of food was commonplace, and the bread was cut with the sign of the cross.

We did not have rosaries, but we made knots on our apron binder, or kept 10 beans or grains in our pockets.

The family contributed to the maturation of my calling, even though I consecrated myself secretly. Many years later my mother saw a picture of my entrance to the convent, and wept with joy. Another reason I became a Basilian Sister is because of Brother Peter, who always said: "I want someone in the family to be consecrated to God with a consecrated life." But how I became a nun remains a mystery. We had no churches, no monasteries. I hadn't even seen any monks or nuns in the religious habit. We only saw Christians.

My first spiritual director, Father Sabin, was not limited to the present in his vision. He believed that in the seed is already the flower, and in the man is the eagle. He saw our youthful zeal but he also saw the consecrated person of the future, the "eagle" in all of us.

Starting in 1971, as the Basilian community was being refounded, the first postulants entered formation in the spirituality of St. Basil the Great and received the habit after six months. It was still a critical period: Priests were barely out of prison and still pursued by security — interrogated, intimidated and even threatened. The community program took place discreetly, in sisters' apartments, with windows covered and doors locked. I dressed in a habit, in secret, only twice in the 18 years of the underground.

One miracle of God's fidelity during my term as provincial superior: In the spring of 1989 when we were still watched by security agents, our superior general from Uniontown in the U.S. and our general councilor from Argentina came to visit our underground community in Romania. Then the miracle: By Chapter Decree of July 19, 1989, the General Chapter incorporated our small community into the Order of Sisters of St. Basil the Great, with the status of a province.

Magnificat! I praise and thank you for choosing me and calling me to live 50 years of consecrated life in the Community of the Basilian Sisters in Romania! Make my heart open wide to thank you for all that you have given me in the years I have lived, moment by moment and day by day! 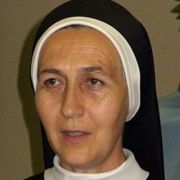 Ioana Irina Bota is a sister of the Order of St. Basil The Great, Immaculate Heart of Mary Province in Romania. She was a civil engineer and teacher and served as provincial superior in hiding for many years. Later, she was president of the Federation Conference of Major Superiors of Romania and an auditor at the 1999 Vatican Synod of Bishops. She was general councilor and general treasurer for her congregation in Rome. She lives in Cluj, Romania.