Equity, not equality, is the Christian ideal 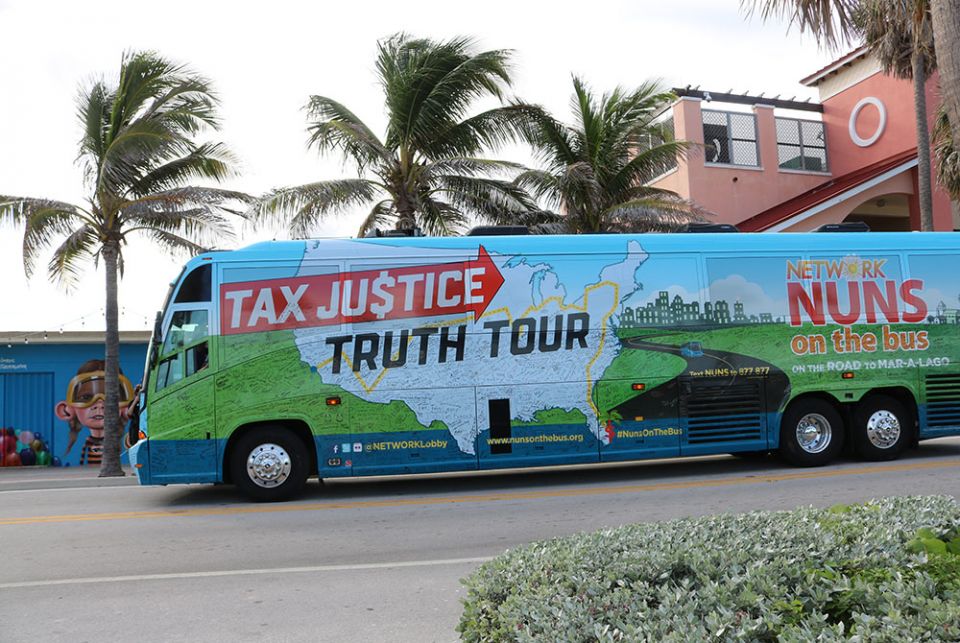 The 2018 Nuns on the Bus: Tax Justice Truth Tour travels down the road in West Palm Beach, Florida during the 27-day trip from California to Mar-a-Lago. Over the past several months, Emily TeKolste has been leading interactive workshops about the intersection of racial justice and the tax code. (Courtesy of Emily TeKolste)

At a recent gathering of Giving Voice sisters, one of our Dominican sisters stood up and described equity by comparing it to the Rule of St. Augustine that Dominican congregations follow, which reads: "Food and clothing shall be distributed ... not equally to all, for all do not enjoy equal health, but rather according to each one's need." The rule points to Scripture: "For so you read in the Acts of the Apostles that "they had all things in common and distribution was made to each one according to each one's need (Acts 4:32-35)."

For much of my life — especially growing up in a mostly white suburb of Indianapolis — conversations centered on equality, not equity, as the ideal. I heard so much about the importance of equality: the founding declaration of the U.S. that "All men are created equal," a regular focus on the so-called "equality of opportunity" and equal treatment, and so on. It was easy for our mostly white, mostly homeowner parents to embrace that narrative without realizing the ways that their whiteness, homeownership, and the tax code automatically gave them benefits most Black families couldn't access.

Over the past several months, I have been leading interactive workshops about the intersection of racial justice and the tax code. My colleagues at Network Lobby for Catholic Social Justice and I have trained more than 250 people in the complex realities of the U.S. tax code and the ways it protects white wealth at the expense of Black, Latinx, Asian American and Pacific Islanders, Native American communities, and all working people.

These policies are not just innocent byproducts of complicated federal policy. Over the first 13 months of the pandemic, billionaires grew their wealth by 55%, or $1.6 trillion in extra wealth. Meanwhile, millions of people are still fighting to avoid eviction, hundreds of thousands have died, and many states have blocked unemployment insurance payments specifically to force people to return to work at dangerous jobs in the middle of a pandemic.

During the workshop, when we work with the Tax Justice Calculator and look at policies that could begin to fix the tax code, we inevitably hear pure shock from workshop participants about the vast amount of revenue we could raise. By implementing just two new tax policies aimed at the ultra-rich and fully funding the IRS to crack down on tax evasion on the top 1%, we could pay for massive improvements to our social infrastructure. We could expand Medicaid in states that refused expansion under the Affordable Care Act, adequately fund public schools, provide a tax credit for family caregivers, and still have money left over.

With just $900 billion – around half of the billionaires' wealth growth during the pandemic – we could establish baby bonds to reduce the wealth gap and, in particular, address the racial wealth gap in our nation. Another $200 billion could ensure everyone has access to affordable housing, and we'd still have about half a trillion left over.

Studying this data, I've become convinced: There truly is enough to go around.

When both a billionaire and someone who works for minimum wage have to rent an apartment for $3,000 a month, that's equality of opportunity, but it leaves the minimum wage worker homeless on the street. Equity says that is not enough. We must look at our society critically and make sure that everyone truly has access to a safe and decent place to live.

As I reflect on equity, I realize how closely it aligns with our Catholic and Christian notions of human dignity. With an equity lens, we see that it is actually an injustice to ignore social, political, and economic systems, our history, and our own individual abilities, needs, and circumstances. Refusing to consider these realities ignores the very image of God that resides in each of us as individuals.

I believe that love, like equity, demands both that we meet each other's needs and that we contribute to the common good according to our ability.

This is central to the call of our faith and to the lived reality of the Ten Commandments in our modern times. As Pope Francis says in Evangelii Gaudium, "Today we also have to say 'thou shalt not' to an economy of exclusion and inequality. Such an economy kills."

This has always been the call of people of faith, proclaimed repeatedly by the Hebrew prophets, made clear in the Gospel, and repeated by early Christian saints like St. Ambrose, who said, "You are not making a gift of what is yours to the poor [person], but you are giving [them] back what is [theirs]. You have been appropriating things that are meant to be for the common use of everyone. The earth belongs to everyone, not to the rich."

Or St. John Paul II, who said, "It is not in accord with God's plan that this gift be used in such a way that its benefits favor only a few."

On Twitter recently I saw a tweet from Nichole M. Flores, an author and religious studies professor, that read, "I've been spending a lot of time in toddler theology 101 explaining how Jesus teaches us that when we share we actually make more to go around rather than less to keep to ourselves."

I think of sharing less as "toddler theology" and more as the miracle of the loaves and fishes that too many of us still don't get. What we learn from this story is incompatible with American individualism and our economy's pursuit of profit above all else. From the loaves and fish, we learn that when we each bring what we have and offer it generously, there is enough to go around. Shared prosperity brings us together and allows us to care for each other.

Let us each commit — individually and together — to creating a society shaped around acting as Jesus's apostles did when they shared their loves and fish. When everyone contributed, there was more than enough to go around. Don't you want to live in a society like that? I know I do. 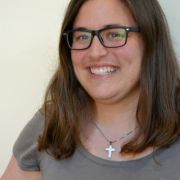 Emily TeKolste is a Sister of Providence of St. Mary-of-the-Woods, Indiana. She ministers as grassroots mobilization coordinator at Network, a Catholic social justice lobby.

Social Justice | Equity, not equality, is the Christian ideal

Why Catholic sisters are good at getting arrested

Sisters in India discuss how attacks, rapes are affecting their ministry