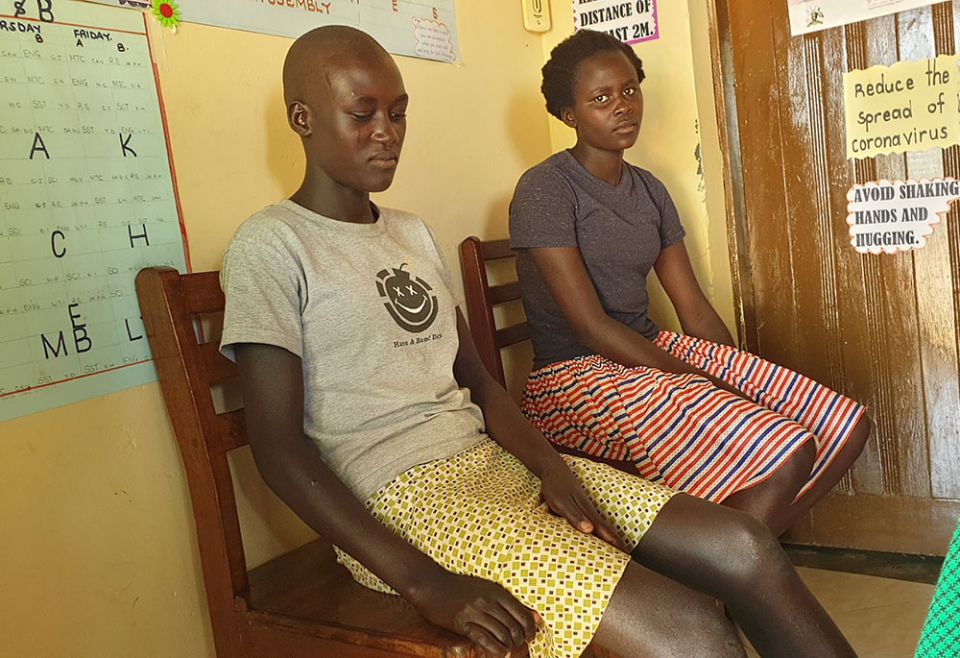 Esther Nangiru, left, and Susan Cherotich are victims of forced marriage who are taking refuge at Kalas Girls Primary School in Amudat, northern Uganda. The school, run by Sisters of the Immaculate Heart of Mary Reparatrix-Ggogonya, provides counseling and psychosocial support to girls who have escaped genital mutilation and child marriage. (Gerald Matembu)

Merriam-Webster defines "safeguard" as "to make safe or protect." With the many forms of abuse that are being discovered in modern society, we are using this word more than ever, as we see the need to create safe places for children and vulnerable adults in our families, churches, schools, institutions and societies.

The UNICEF Convention on the Rights of the Child invites governments, agencies, families and institutions to make it their policy to adopt measures that will protect children and vulnerable adults.

The Convention defines a child as "any person under the age of 18." Thus — as accepted universally by many nations — such a person should be cared for and protected by adults until he/she attains that age. Is that always the case? In many cultural settings, no.

For example, in the northern part of Nigeria and Burkina Faso, girls are often married off at the age of 12 and 13. According to a 2018 UNICEF report, over 52% of all women were married before the age of 18, and 10% before 15 in Burkina Faso — almost always against the will of the girlchild, in my experience. I have also observed that girls who marry as children usually do not achieve their full potential, because they stop their education early, suffer domestic violence, contract HIV/AIDS and die due to complications during pregnancy and childbirth because of their young age at marriage.

A vulnerable adult is one who cannot reasonably provide for himself or herself at some point in time, and one who can be exploited due to his or her vulnerability. That would include "People with learning disabilities, mental health problems, older people, and disabled people particularly when their situation is complicated by additional factors such as physical frailty, chronic illness, sensory impairment, challenging behaviour, lack of mental capacity, social and emotional problems, poverty, homelessness or substance misuse."

However, as a religious, I would like to add that we are all vulnerable, especially as women. Everybody can be vulnerable at some because our needs change, and so do our feelings.

So what is vulnerability? It is usually defined as the "diminished capacity of an individual or group to anticipate, cope with, resist and recover from the impact of a natural or man-made hazard … and is most often associated with poverty, but it can also arise when people are isolated, insecure and defenseless in the face of risk, shock or stress."

Every religious can be considered a vulnerable person when they are exposed to certain risk factors in community, society or institution, or when their needs are not properly met or are ignored for whatever reasons.

On the individual level, risk factors may include competition, prayerlessness/lack of spiritual accompaniment, influence from outside, lack of in-depth formation/internalization, and unwillingness to discuss abuse and consequences. Possible risk factors also include basic needs not being met, lack of contentment, uncontrolled need to acquire, low self-esteem/immaturity, and family pressure.

Risk factors on the community level include lust for power, emphasis on work rather than process, lack of availability and a listening attitude, poor supervision, competitive spirit, imposition of will on the young, lack of uniform support for everyone, double standards, favoritism and patriarchal style of leadership.

These are just some ways that people become vulnerable to abuses in our religious communities. Where the above risk factors are consciously and systematically tackled with the idea of protecting the individual, the individual's vulnerability is safeguarded. They are no longer a "thing" to be exploited by others.

A lot must be done for both children and vulnerable adults to protect them from all the possible forms of abuses they could experience and to create a safe place for all. Similarly, it is a call for religious congregations and the church to make honest efforts to raise awareness among their own members about how to adapt to the demands of life. This can be done through good and healthy formation programs that will encourage and empower them to give the best of themselves, while understanding that they can be vulnerable.

I think Kevin McClone, writing on intimacy and healthy affective maturity for formation, summarizes it well:

To be an effective pastoral minister in the diverse church of today is to be relational. This implies the growing capacity to relate in more honest and conscious ways with oneself, with others and with God. These various relational dimensions are interconnected and influence each other's growth. For example, to the degree that I become more in touch with my true self, I grow to be more authentic in my relationships with others and my intimacy with God.

Thus, one who is at home with every aspect of his/her being can equally give of himself/herself to God in others in a loving, mature and healthy way.

Furthermore, in creating a safe environment of trust for all, victims of abuse should be given attention and a listening ear to enable them to disclose incidents when they occur. We should remember that survivors of abuse need time to heal. They should not be told to forget their hurts or forgive the past so easily, as the pain they went through cannot be quickly dismissed by others. Rather, they should be allowed to grieve their pain and begin their healing.

This is not all: Since family members of the victims suffer so much pain and stigma themselves, they should be given the necessary pastoral care and support that will help them heal. Finally, even the perpetrators should be treated with compassion and their dignity protected until they are proven guilty.

It has been a revealing experience for me to do a course on safeguarding minors and vulnerable adults. I have come to deeply appreciate the safety I and others have enjoyed as people who are fortunate to have been protected from harm by our parents and childhood guardians. Not all children today can say the same.

It has made me determined to try to see that children living with and around me are given the best possible care we can offer in their upbringing. This is what Jesus wants and calls us to do as his servants when he says, "Let the children come to me and do not stop them, because the Kingdom of heaven belongs to such as these" (Matthew 19:14). 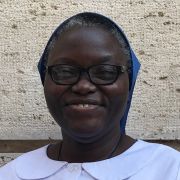 Janet E. Deinanaghan is a Daughter of Charity from Nigeria, living and working in Nouna, Burkina Faso. With an academic background in English education from the Federal University of Port Harcourt, Nigeria, she is an English teacher at St. Louise Inclusive Socio-Educative Centre, Nouna.

Q & A with Sr. Juana Yakelin Vásquez Díaz, advocate for indigenous communities in the Amazon

As we enter triduum, a prayer for hope in a time of fear and uncertainty