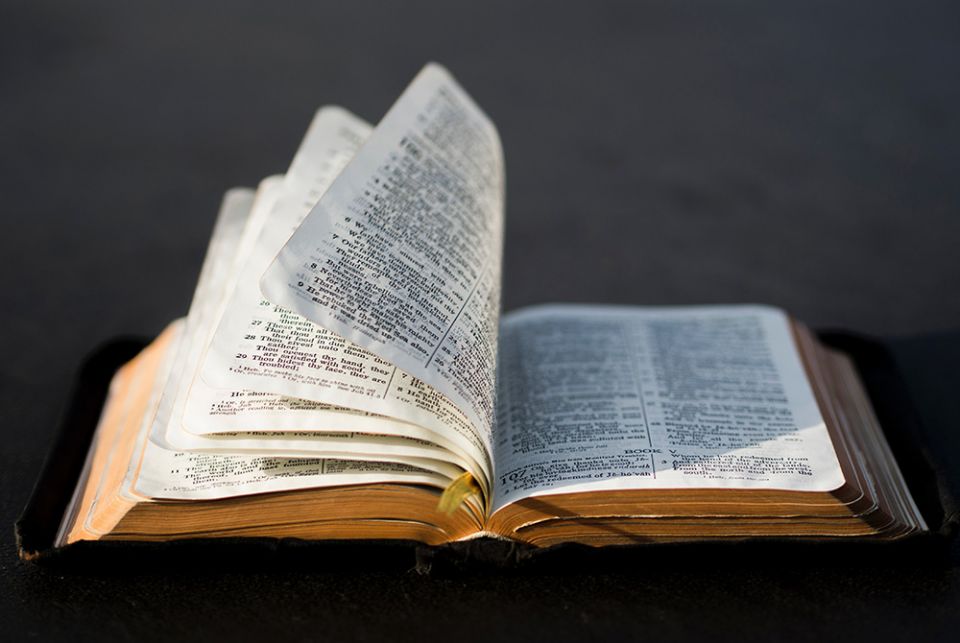 Recently I attended a virtual funeral of a friend in his 90s who was the oldest of 12 children and the father of 10. He was a staunch Catholic, referred to by many as a pillar of the church. His siblings sat on the left side of the church; I assumed it was his grandchildren on the right side.

It was interesting to note that his generation all received Communion, while the grandchildren asked for a blessing. While noticing this I wondered about their images of God that may have kept them from receiving Communion.

This experience brought to mind an article by Oblate Fr. Ronald Rolheiser, "What Does it Mean to Focus our Attention on God?" Rolheiser takes note of all the seemingly good people in the world whose lives seem rooted in compassion for others, but who never go to church and hardly ever give a thought to God. Their default consciousness, he says, focuses on the things of this world, its joys and its sorrows.

I resonate with Rohlheiser's questions: Does this mindset dangerously shrink one's horizons? Does it choke out the word of God or render it shallow and extraneous? A radical shift in consciousness, he asserts, would need to occur for any explicit notion of God to enter the lives of these good people.

After describing their ordinary consciousness as mostly agnostic, Rohlheiser wonders if God demands attention from us, or does God delight when we go about simply enjoying life?

My experience of God, the Source of all being, is that God never demands anything of us. God is freedom and always lets us free to make our choices in life. Rather than be demanding, God always invites us into loving relationship with God's self, ourselves, each other, and the Earth; an image that suggests that God delights when we enjoy life. At the same time, God delights when we pay attention to God.

After reading Rohlheiser's article, I noticed a sadness in me for the people he described, because they focus on the joys that the world offers without experiencing God. They are missing out on the delight of a relationship with God shaped by the Gospel, the story of God's ongoing love affair with creation.

I am reminded of the biblical story of Philip and the eunuch (Acts 8:26-40). Philip asks the eunuch reading from the prophet Isaiah if he was understanding what he was reading. We are all familiar with the eunuch's response: "How can I unless someone explains it to me?" Upon invitation, Philip went up into the chariot, sat with the eunuch and proclaimed the word to him. Then the eunuch asked to be baptized.

The people that have captured Rohlheiser's attention probably come from different backgrounds. Some of them were probably never introduced to God; others, like some in my own family, did pay attention to God until they woke up, and were no longer open to images of a narcissistic white male God who had power over them and controlled everything going on in the world. This was an image of a God who had a plan for them and it was their responsibility to figure it out and do it. Unfortunately, there was no one in their lives who was proclaiming images of God that were life-giving and challenging to them. There was no one introducing them to a spirituality and theology that was current and relevant to their experience.

Lumen Gentium asserts that the task of the laity is to transform the world (Paragraph 30). This is no small call from the council, especially today when we are bombarded by stories of racial injustice, COVID-19, domestic violence, wars perpetrated by dictators, and so much more. As we work side by side with the laity in their efforts for transformation, is it not our call to break open the word and proclaim the Gospel to God's people, who are desperately thirsting for the Living God, no matter how they give expression to it?

In my reflection on our approach to ministry today, I notice that justice issues seem to have taken center stage. I often wonder if this lessens the attention we give to proclaiming the word of God and to preaching the Gospel, especially to those who never give God a thought? I am not suggesting that this is an either/or situation, but I wonder if there is a balance; is our approach to ministry a both/and?

One of the challenges that the church faces today is to move to a new level of consciousness, away from a medieval framework. Women religious can make a contribution to this challenge by creating circles of conversation with those many good people whom Rohlheiser describes as having an agnostic consciousness. They deserve to hear the good news about what God is doing in and through the significant spiritual movements of our time.

Might it be that God is inviting us to climb into their chariots to share with them — and others we meet along the way — the joy of the Gospel?

[Helen Cahill is a Dominican Sister of Peace who earned both her master of theological studies degree and doctor of ministry degree from Catholic Theological Union. Cahill's ministry includes workshops and retreat facilitation as well as group supervision for religious community formators, and she does spiritual direction on FaceTime and Skype.]

The joy of giving it all

Gifts for this COVID Christmas — the conscious circle of humanity

Four effective habits for calming the tempests in your spirit