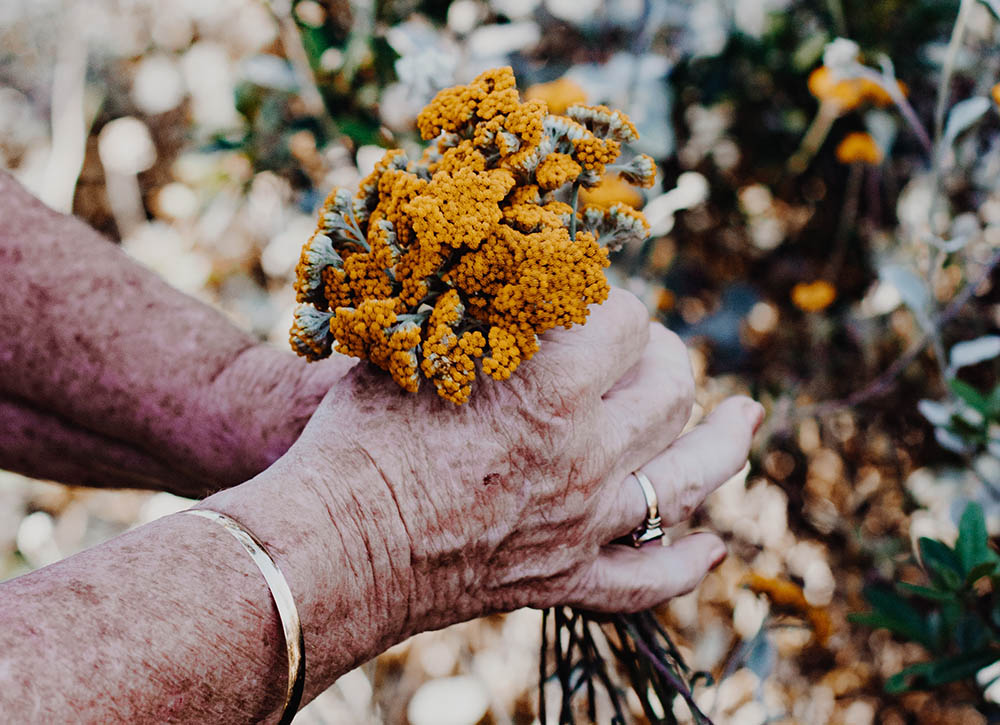 Thomas Hinsberg, a priest in the Detroit Archdiocese, invited me in 1971 to be part of a team to facilitate anti-racism workshops throughout the diocese. This experience was very significant in my life and helped shape my own commitment to social justice.

His commitment to justice was expansive. He was committed to worker justice, having been staff at the Detroit Industrial Mission, and he was the first director of the Justice and Peace commission of the archdiocese. He wanted to address the inequalities of our economic system, and — believing women were his equals — challenged patriarchy in himself and in the church. He was for me the embodiment of post-Vatican II ecclesiology and consciousness.

He recently died, and I found myself reflecting on the years since I first met him and my own justice journey. The work for justice both within society and the church that so many of us have been involved in over these past decades: the workshops we have designed and facilitated; the legislation we advocated in the halls of Congress; the church reform efforts we engaged in; the meetings attended; the lectures given; the alternative rituals we created to give new meaning to the sacraments of our lives.

The successes we experienced seem lost amid the unbelievable political paralysis; the racial violence spreading throughout our country; the growing economic gap; the increasing use of guns and sophisticated armaments; the breakdown of trust in almost every area of our lives.

Within that reverie, I found myself saying, "It is the end of an era!"

The feeling that came with it was a sadness and a weariness.

'If the elderly, who have seen it all by that time, keep intact their passion for justice, then there is hope for love, and also for faith.'

And then the words of Pope Francis were brought to my attention. At one of his weekly Wednesday audiences, he reflected on "old age." Old age from a very different perspective. He addressed the weariness of a society that relies on reason devoid of any passion for justice and truth.

He spoke to how the questions like "Have our efforts changed the world?" and "Why make such an effort?" can lead to disenchantment, which often comes in old age. He writes, "The resistance of old age to the demoralizing effects of this disenchantment is decisive."

But what he said next is what captured me. "If the elderly, who have seen it all by that time, keep intact their passion for justice, then there is hope for love, and also for faith."

Later, he writes, "Elderly people rich in wisdom and humor do so much good for the young! They save them from the temptation of a knowledge of the world that is dreary and devoid of the wisdom of life."

Although I resist thinking of myself as elderly, I found those words transforming something within me. Tom's death is symbolic of all those, women and men — too many to list, who have died or are aging — who by their lives, have inserted justice and love into the evolutionary journey.

I realized this is not the end of an era; rather it marks another threshold from which we are creating the future.

I wondered whether those of us who are aging could tell our stories of our past efforts without the qualifications of "in the good old days" or "life was so different then" or "I am so glad I'm not 30 now," but rather with a sense of promise and yet unfulfilled desire in who we are as the people of God.

Could we reflect on the values that were present when Republicans and Democrats worked together for the common good; when conservatives and liberals in the church met together to discuss critical issues; when international efforts were galvanized to address world hunger, devastating disease or environmental disasters, and together explore how those values can be embodied in today's world?

Could we share what it is like to fail, to see what we worked so hard for apparently disappear? To reflect on the struggle to keep hope in the midst of it all, and what gives meaning to life?

Could we share the transformative power of contemplation in our lives over these years? How in entering the dark night of the mystical journey we've accessed the deepest dimensions of human existence — the light and the shadow within us. How we've had to let go of our image of God so that we stand open to the Divine Mystery beyond all knowing. How the chaos and suffering of our world cries out for the compassion and mercy of Love Incarnate, now ours to offer. How our present experience of faith offers hints of an emerging future inviting us to respond out of love and not fear. 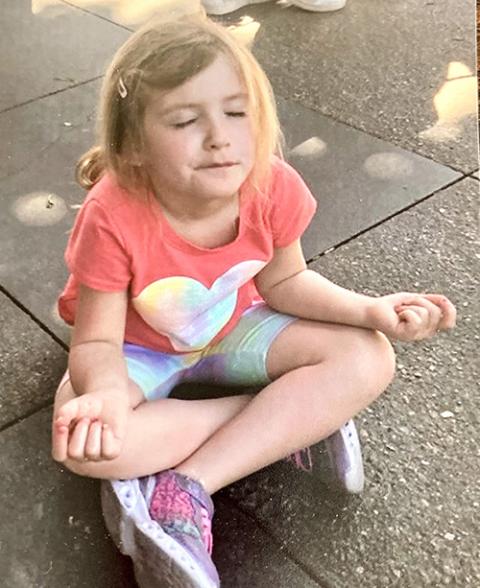 The youngest generation is already emerging across the threshold desiring to enter the chaos from a centered place, as Carmella Scarlet Rooney does here when, in entering Disney World, she stopped and sat for five minutes in mindful meditation before she could enter the noise and busyness all around her. (Nancy Sylvester)

If those of us who are aging can resist surrendering to weariness and continue to fan our passion for justice — rooted in our desire for God in new ways — perhaps those younger will experience a renewed energy and courage. They will see that the "history" from which they came is not ending; rather it is propelling them forward to discover new ways of responding and deepening the wisdom that is their inheritance.

Whatever our age, we all are approaching the final threshold of our life. May we come to it not weary but full of life and passion for justice and love. Let us be, as Pope Francis wrote, "the ones to sow the hunger and thirst for justice in the young."

The last time I saw Tom was on Holy Thursday. My local community had a Holy Thursday eucharistic meal to which Tom and his wife were invited. Tom had left the active ministry of the priesthood in the '70s and married an equally justice-oriented woman.

The Holy Thursday ritual was drawn from the Jewish Seder meal and reflections on the new universe story, with a feminist sensibility. After we all celebrated sharing bread and wine, Tom expressed his deeply held belief that this was what church is all about ... this is what he had hoped for ... what he had worked for and he wanted to experience it again in the years he had remaining.

I see that hope of Tom's as the past beckoning us to commit to the future. We are the future unfolding. Those who go before us are not an end of an era. No, they are bringing us to the threshold from which we must carry on creating the next steps on the journey of love full of passion and hope.