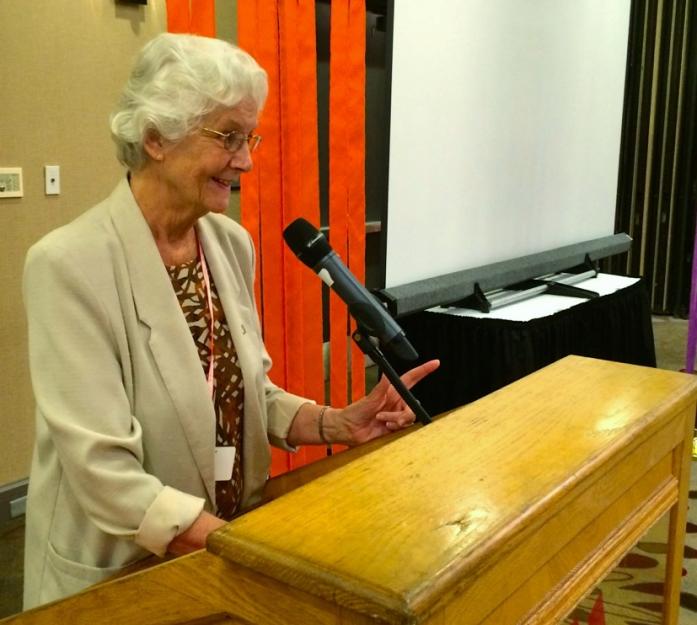 “A revolution has taken place in the Roman Catholic Church’s understanding of the Bible,” St. Agnes Sr. Dianne Bergant told a group of priests in Saint Louis last week. “As a result, the life and mission of the church have been transformed.”

Bergant, recently profiled on Global Sisters Report, spoke at the third annual assembly of the Association of U.S. Catholic Priests whose theme was Dei Verbum, Revelation in our Lives and Times.” The association, made up of some 1,000 priests who were formed by the Second Vatican Council and want to see it fully implemented, is studying a council document at each of its annual meetings. Dei Verbum was promulgated at the council and opened the church door to serious scripture study.

Bergant is the Carroll Stuhlmueller, C.P., Distinguished Professor of Old Testament studies at Catholic Theological Union in Chicago and is viewed as one of the nation’s leading Catholic scripture scholars.

Before the Second Vatican Council and dating back to the Protestant Reformation, Catholic Church authorities were highly suspicious of independent scripture study and interpretation, she told her audience. Authorities silenced these scholars, forcing them underground.

The first official church move, she said, to recapture the life, energy and meaning of the sacred word came in Pius XII’s encyclical Divino Afflante Spiritu (On Promoting the Study of Sacred Scripture) in 1943. Bergant said that document represented a dramatic change in church teaching on the Bible. That document finally ended the defensive Catholic reaction to the Protestant embrace of scripture.

Vatican II was the next – and largest step.

While Catholic biblical scholars were still not to be trusted and many of them had been silenced, this was now about to change. In an ironic twist the very church authorities that had banned these scholars were not seeking them out, going to hear them talk, and gaining insights from their work. “This prepared them [the authorities] to consider biblical revelation as they made decisions at the council,” Bergant said.

It was Vatican II that fully embraced scripture and opened the scholarship floodgates. “The Second Vatican Council threw the door to biblical study wide open. It was almost as if the Bible had been rediscovered, and in a matter of decades hundreds of years of [Catholic] unfamiliarity with the bible were quickly spanned.”

After pausing and looking carefully at her audience to emphasize a point, she said: “Never underestimate how quickly the People of God can turn a corner.” She then added: “Some say we have not come far. But don’t forget what we’ve done. The lives of women and men in the Bible are now being appreciated as people called to be faithful, as people whose lives have messages for us, and not just characters to appear in some Hollywood movie.”

The 1965 council document, “The Dogmatic Constitution on Divine Revelation” (Dei Verbum), considered one of the most significant to come out of the council, finally began to allow the church to get beyond biblical suspicion and instead see it as the foundational means of understanding theology, according to Bergant. The language in which the text was written, the culture and times of the author, and the religious concerns of the people for whom it was originally written were now to be taken into account. Interest now would focus on the meaning intended by the original author, not just on the literal meaning of the words. 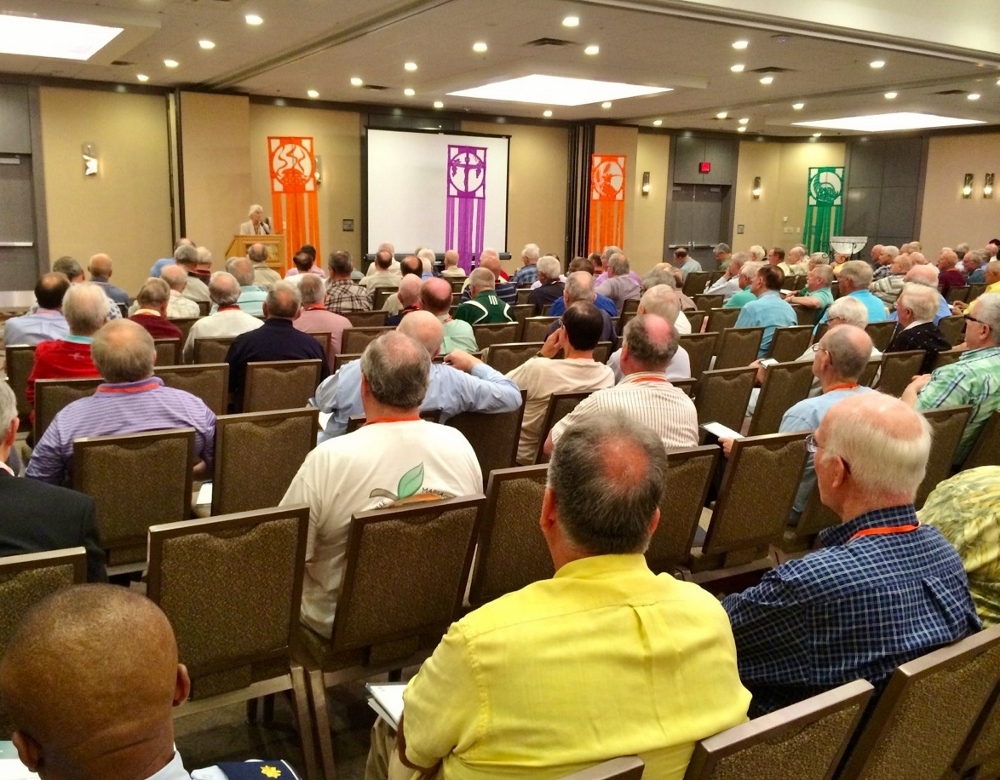 Members of the Association of U.S. Catholic Priests at their third annual assembly listening to Bergant. (Tom Fox)

While the first five chapters of Dei Verbum were theological in character, the final chapter was pastoral in focus. It sought to release the bible, Bergant said, from the shadows in which it had been confined and to place it firmly in the hands of the Christian faithful. The Bible was now to be considered the very soul of theology and priests, deacons and catechists were to receive solid biblical training.

New graduate programs sprang up across the country and around the world. These programs were usually open to both women and men who were not pursuing ordination. At the same time, seminaries began to revise their courses of study. No longer was the Bible taught as a way of “proving” or reinforcing a particular doctrinal teaching. It was now considered a theological field in its own right and was studied from an entirely different point of view.

Meanwhile, the first groups to run with this new openness toward Scripture and to take it to heart were the base Christian communities. All over the world, she said, these “ordinary” Christians met to discuss how the messages of the Bible could make differences in their lives, that is, “how the biblical message could transform them.” She noted that while these groups had leaders, their members were seldom trained in any form of biblical interpretation.

Biblical understanding was now to be considered vital for the spiritual life and health of believers. Dei Verbum insisted that access to sacred Scripture ought to be widely available to the Christian faithful. As a result, catechetical programs grounded in Bible study began to be established and liturgical preaching became biblically based.

Nearly two decades after Dei Verbum was promulgated, the Pontifical Biblical Commission, under the aegis of Congregation for the Doctrine of the Faith, in 1994, published another document, “The Interpretation of the Bible in the Church,” saying that as important as is an understanding of the meaning of the texts, it would be even more important that preaching be concerned with what those texts mean in the world today in the lives of Christians.

She told the priests what she said they almost certainly already know, that they have “a serious responsibility to proclaim the Word of God, to nourish the People of God.” This, she said, is achieved through good preaching, a task made infinitely more possible by the church’s embrace of sacred Scripture.

[Tom Fox is NCR publisher and director of Global Sisters Report. He can be reached at tfox@ncronline.org. His Twitter tag is NCRTomFox.]

Uncovering the courage to speak

Why we stay: 'I was called by God, and I desire to respond generously'

In community, I saw that we are all crepuscular beings

Reports from the fringe