With a large tapestry bearing the portrait of the woman known as the "Saint of the Gutters" suspended above him, Pope Francis proclaimed the sainthood of Mother Teresa of Kolkata, hailing her courage and love for people who live in poverty.

Despite the formality of the occasion though, "her sanctity is so close to us, so tender and fruitful, that spontaneously we will continue to call her 'Mother Teresa,'" Pope Francis said to applause at the canonization Mass Sept. 4.

"Mother Teresa, in all aspects of her life, was a generous dispenser of divine mercy, making herself available for everyone through her welcome and defense of human life, those unborn and those abandoned and discarded," the pope said in his homily during the Mass in St. Peter's Square.

An estimated 120,000 people packed the square, many holding umbrellas or waving fans to keep cool under the sweltering heat of the Roman sun. However, upon hearing Pope Francis "declare and define Blessed Teresa of Kolkata to be a saint," the crowds could not contain their joy, breaking out in cheers and thunderous applause before he finished speaking.

The moment was especially sweet for more than 300 Albanians who live in Switzerland, but came to Rome for the canonization. "We are very proud," said Violet Barisha, a member of the Albanian Catholic Mission in St. Gallen.

Daughter of Divine Charity Sr. Valdete, a Kosovar and one of the Albanian group's chaplains, said, "We are so happy and honored. We are a small people, but have had so many martyrs."

Born in 1910 to an ethnic Albanian family in Skopje, in what is now part of Macedonia, Mother Teresa went to India in 1929 as a Sister of Loreto and became an Indian citizen in 1947. She founded the Missionaries of Charity in 1950.

Mother Teresa, Sister Valdete said, is a shining example of how "Albanian women are strong and our people are hardworking."

In his homily, Pope Francis said God's will is explained in the words of the prophets: "I want mercy, not sacrifice."

"God is pleased by every act of mercy because in the brother or sister that we assist, we recognize the face of God which no one can see," he said. "Each time we bend down to the needs of our brothers and sisters, we give Jesus something to eat and drink; we clothe, we help and we visit the Son of God."

Like Mother Teresa, he said, Christians are called not simply to perform acts of charity, but to live charity as a vocation and "to grow each day in love."

"Wherever someone is reaching out, asking for a helping hand in order to get up, this is where our presence — and the presence of the church which sustains and offers hope — must be," the pope said.

Mother Teresa, he said, lived out this vocation to charity through her commitment to defending the unborn and bowing down "before those who were spent, left to die on the side of the road."

She also "made her voice heard before the powers of this world so that they might recognize their guilt for the crime of poverty they created," Pope Francis said. "For Mother Teresa, mercy was the 'salt' which gave flavor to her work, it was the 'light' which shone in the darkness of the many who no longer had tears to shed for their poverty and suffering."

For all Christians, especially volunteers engaged in works of mercy, the life of the saintly nun remains an example and witness to God's closeness to the poorest of the poor, he said.

"Today, I pass on this emblematic figure of holiness!" Pope Francis said. "May this tireless worker of mercy help us to increasingly understand that our only criterion for action is gratuitous love, free from every ideology and all obligations, offered freely to everyone without distinction of language, culture, race or religion."

As she made her way through the tight security and past several closed streets to St. Peter's Square, Maria Demuru said, "I couldn't miss this. Even if there's no place left for me to sit."

The small Italian woman said, "Mother Teresa is a sign of the times. In her smallness, she revealed the calling we all have. She said we are all saints by our baptism and we must recover our original holiness. She lived in humility and simplicity like the poor of the earth and was never ashamed of that."

Mother Teresa's simplicity did not keep the powerful away from the Mass, though. Some 20 nations sent official delegations to the Vatican for the canonization. Queen Sofia of Spain led a delegation. The president and prime minister of Albania attended, as did the presidents of Macedonia and Kosovo and the foreign minister of India.

The first reading at the Mass was read by Jim Towey, who served as Mother Teresa's legal counsel in the United States and Canada from 1985 to 1997, and as director of the White House Office of Faith-Based and Community Initiatives, 2002-2006. 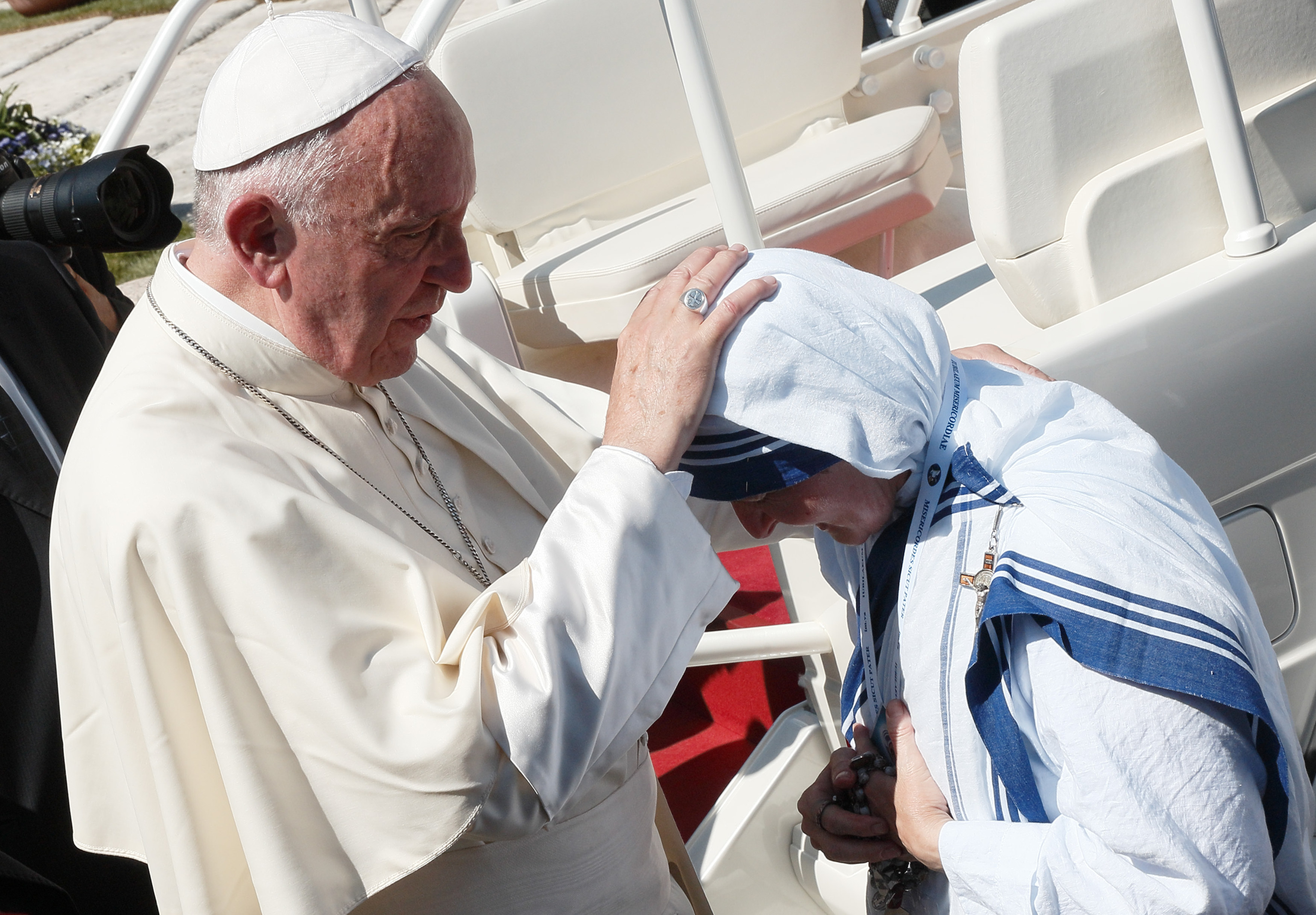 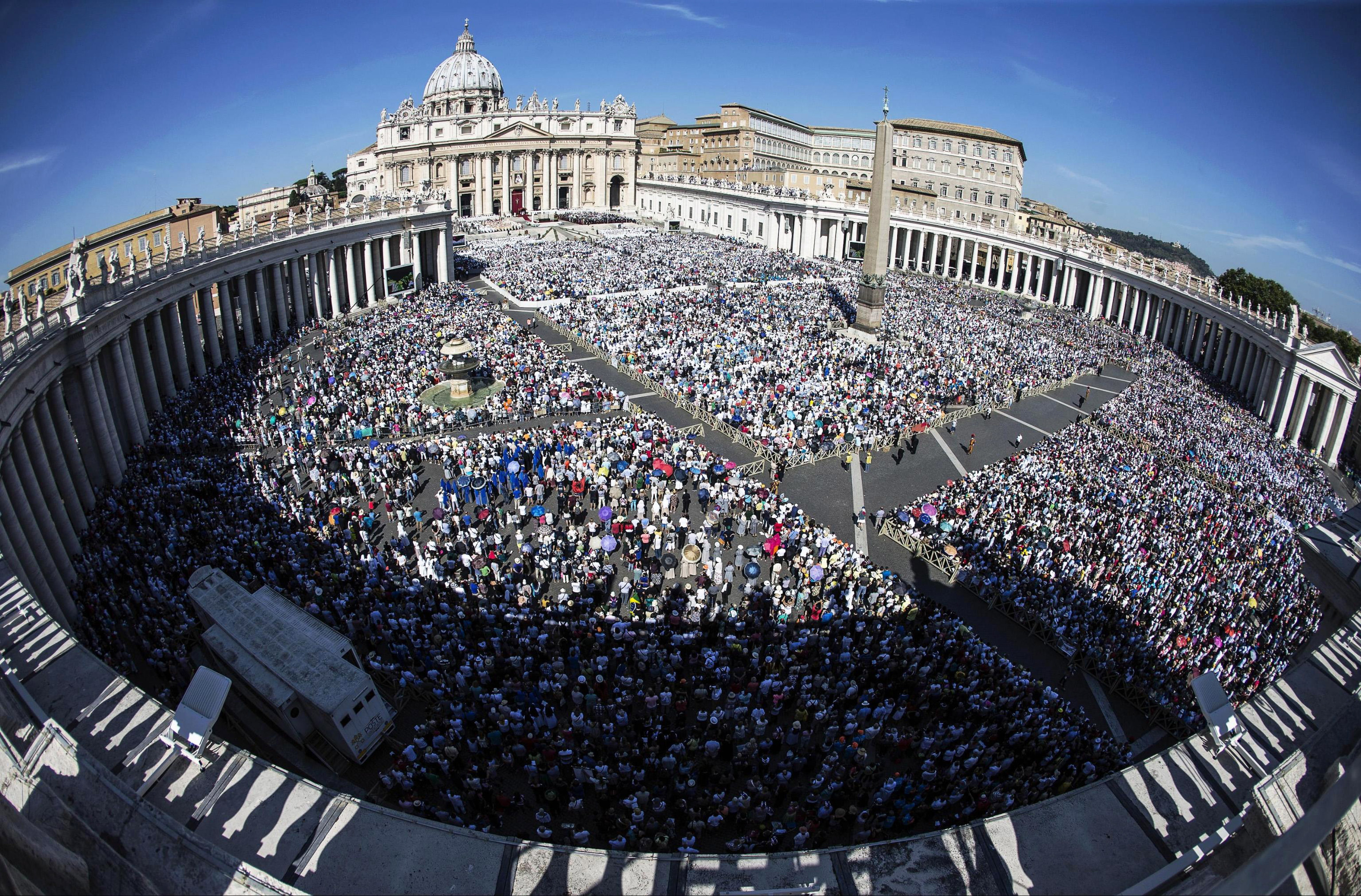 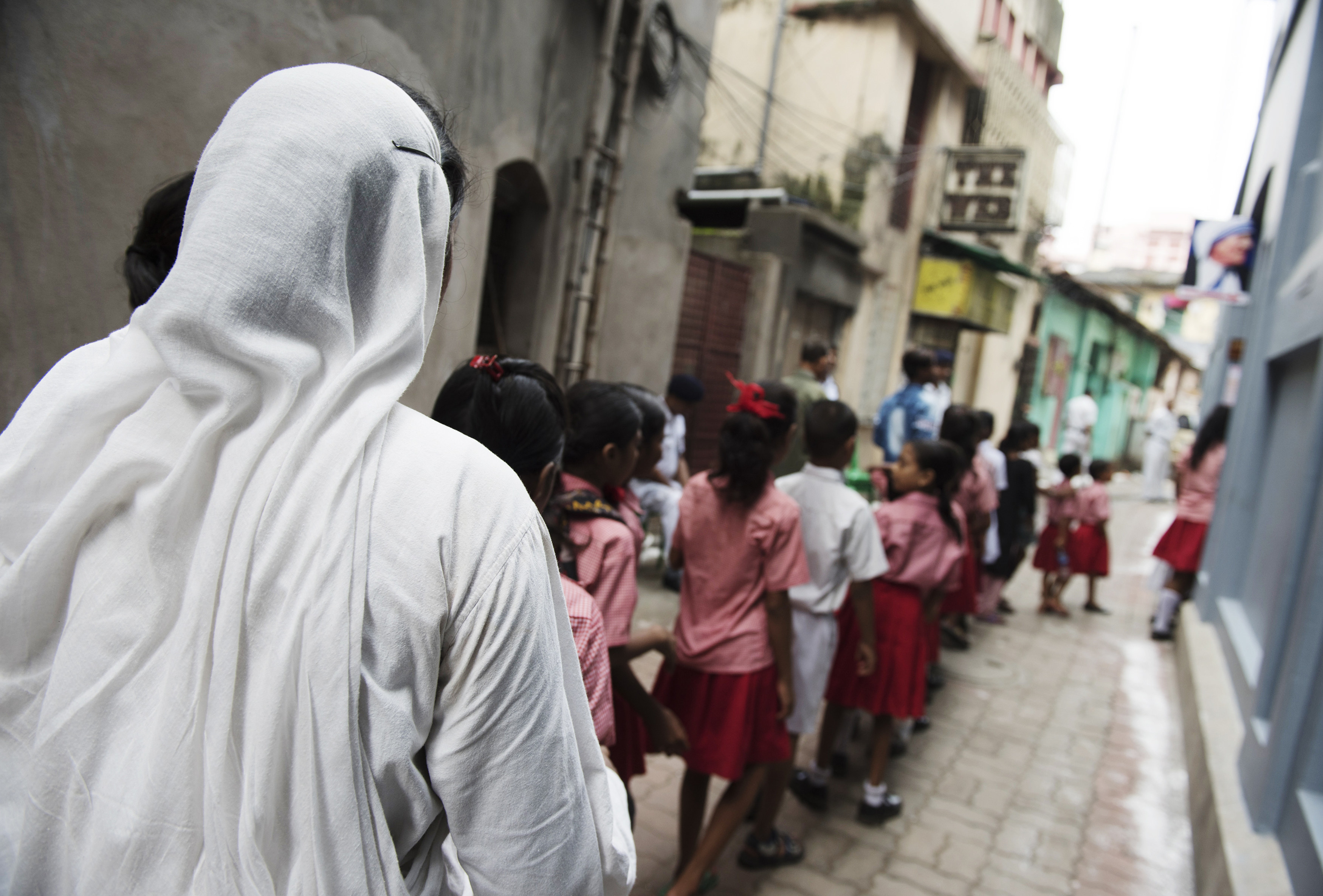 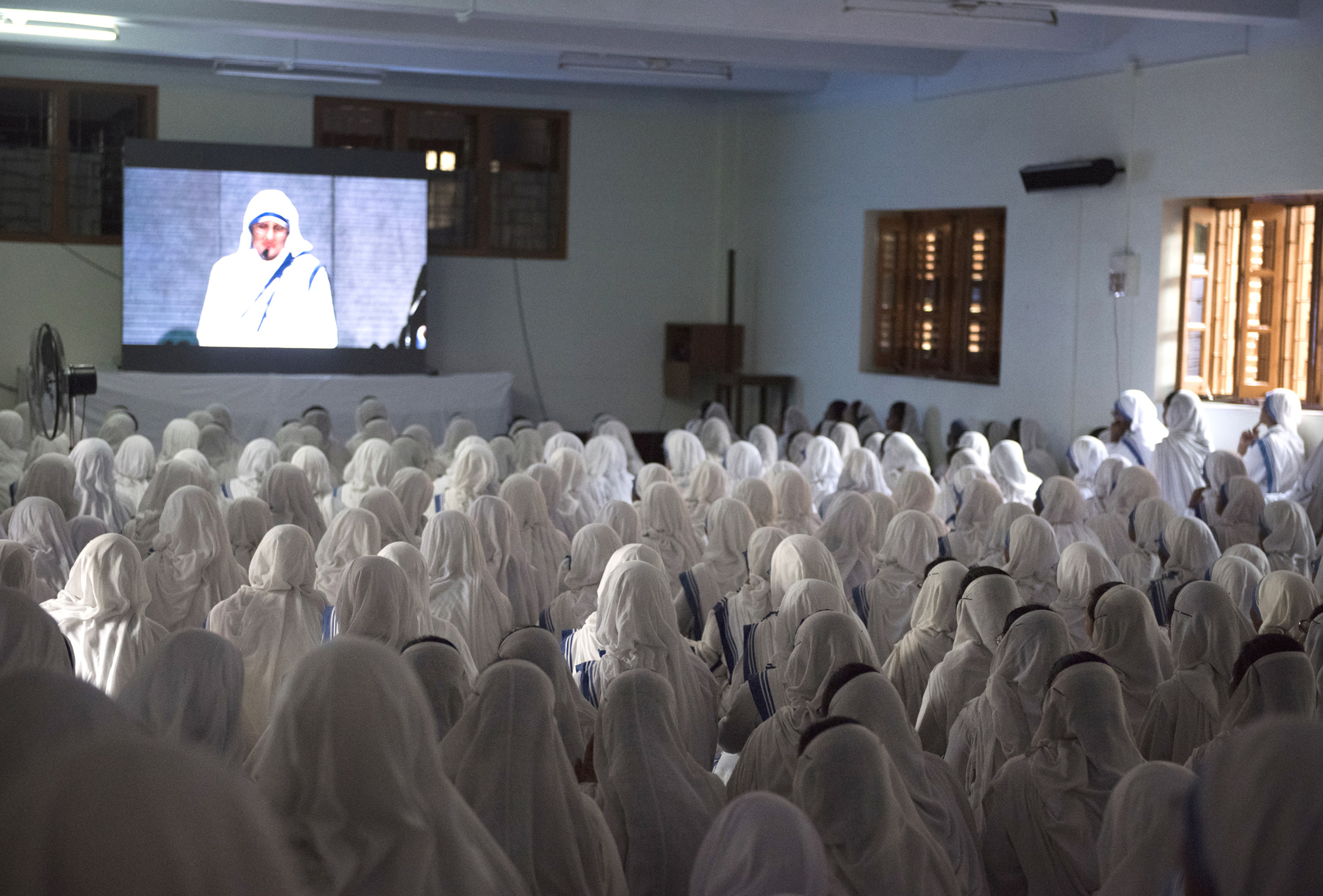