It’s been a month since the Vatican quietly ended its controversial oversight of the Leadership Conference of Women Religious. With no press conference and little fanfare, the Congregation for the Doctrine of the Faith and LCWR – the umbrella leadership group that represents close to 80 percent of the United States’ 57,000 Catholic sisters – issued a joint statement on April 16 announcing the fulfillment of the 2012 mandate for LCWR reform.

And then they went silent.

Per a request from Congregation for the Doctrine of the Faith, for 30 days, neither party would speak about what had transpired, leaving observers to speculate about the implications. Did LCWR capitulate? Did the Vatican? How much did Pope Francis have to do with this?

But now, after the month-long moratorium, the sisters have spoken, acknowledging the sadness, scandal and humiliation of both the doctrinal assessment and the subsequent mandate, but expressing gratefulness for the process and hope for the future.

That LCWR leadership acknowledged the pain of the doctrinal assessment and the mandate was crucial to Sr. Eileen Campbell, vice president of the Institute of the Sisters of Mercy of the Americas, one of the largest congregations of women religious in the United States. A nine-year member of LCWR, Campbell said she was thrilled when she read the statement early Friday morning.

“I was appreciative that they talked about how this was a difficult process, because it was the truth,” she said. “I was very happy that they acknowledged the pain of this – the public humiliation – but they kept that in perspective.” Perspective meaning while the sisters’ very real pain wasn’t swept under the rug in the name of progress, it also wasn’t the entire story.

In their statement, LCWR leadership expressed their wish that their experience contribute to a new understanding of conflict resolution – one that needn’t be contentious and bitter but that instead rests on dialogue, integrity and mutual respect.

That point wasn’t lost on outside observers.

“The tone of the doctrinal assessment did not indicate that this was going to be in any sense a two-way conversation,” said Kathleen Sprows Cummings, director of the Cushwa Center for the Study of American Catholicism at the University of Notre Dame. “So to learn now that it was, in fact that way – that there was a great deal of listening on both sides – is tremendously reassuring.”

Cummings noted that LCWR’s ability to dig into difficult conversations without compromising their integrity speaks volumes about the conference.

Similarly, Margaret Susan Thompson, a professor of history and religion at Syracuse University, said there’s a lot to be learned from the way LCWR handled the situation both externally and internally.

“This has not been a hierarchical process but a collaboration by the entire membership,” she said, “which is a very different model from that of the Vatican, which is top-down. They remained in control of the process and in a place of contemplation – and that was not easy to do because they had to do it for a long period of time, and their own leadership and membership turned over in that time.”

Mary Hunt, co-founder of Women’s Alliance for Theology, Ethics and Ritual, a feminist education center based in Silver Spring, Maryland, said in a statement to Global Sisters Report that LCWR was to be applauded for their commitment to communal contemplation and dialogue. It was now up to the rest of the church to pick up the mantle, noting that while LCWR performed exemplarily, that they had to perform at all was indicative of larger issues in the church.

“It is important to keep in mind the top-down structure in which the dialogue was set. LCWR did not invite, but was forced into the conversation from the negative starting point of the accused,” Hunt said. “Until structures change, even fruitful conversations are very limited in their power to generate justice.”

But limited as their influence may be, the hope is that that these conversations will ultimately generate justice and change structures – even if takes constant effort and a lot of time, like many nonviolent initiatives.

The way Social Service Sr. Simone Campbell – an associate member of LCWR and the executive director of NETWORK, a national Catholic social justice lobby – sees it, what the conference leadership just showed the world is Pope Francis’s words about peace-building put into action.

Mercy Sr. Helen Marie Burns, LCWR president in 1989, agrees. She said LCWR has provided the entire church with a model for conflict resolution that she would like to see implemented churchwide.

“The model suggests what within the Roman Catholic Church – within its own pastoral and theological understanding – it’s legitimate to present another view. You can say to those in authority, ‘We need to talk about this because we see it quite differently.’”  Burns suggested the model be applied in instances where theologians are censored by the Vatican before there’s been a dialogue, or in order to avoid lawsuits over closed parishes.

“So that’s the hope – that there might be a shifting so that we become more skilled by actually exercising a process that has, at the heart of it, dialogue,” she said, adding that, in her opinion, the section of LCWR’s statement about future conflicts was the strongest.

“That last paragraph is the substance of any value that might have accrued from the lengthy and unnecessary investigation,” she said.

Lengthy, perhaps, but finished. In August, the LCWR membership will convene in Houston for the first time since the end of the mandate, and the sisters will spend at least part of the time reflecting as a whole. Then they’ll issue a second statement about the mandate’s conclusion, this time from the entire conference.

The LCWR leadership is also looking forward. The ordeal of the doctrinal assessment and the mandate was painful, yes, but they say they were able to emerge on the other side with both a better understanding of themselves and with a new, mutual understanding between them and the Vatican.

“The process in which we engaged as a conference became a profound source of personal growth for each of us and deepened and strengthened the bonds that exist among us as women religious,” they wrote, and they described their conversations with the three bishops appointed to oversee their reform process as being conducted in a spirit of prayer and openness.

Interactive timeline of events (click the arrows to scroll a slideshow or click on specific dates in the timeline): 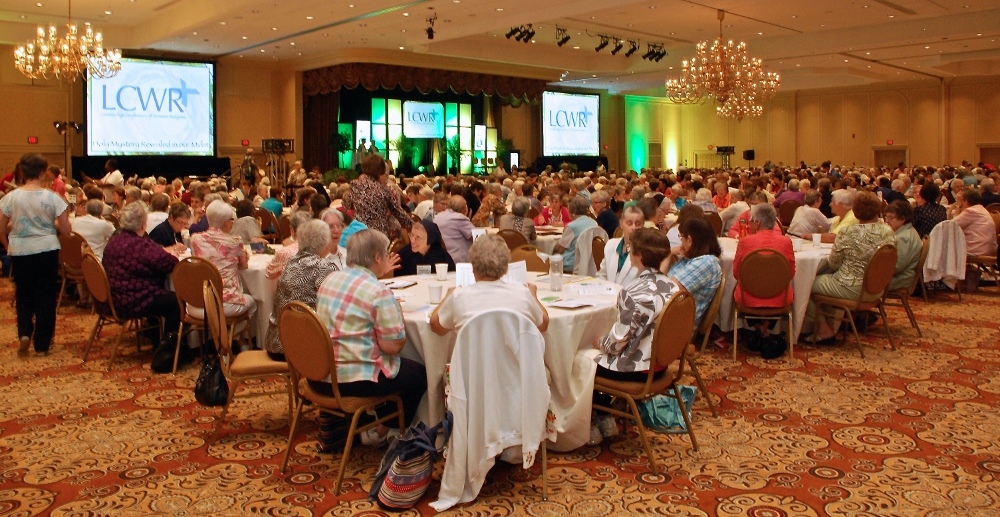