The controversial investigations of U.S. women religious by the Vatican — and resulting tensions — stemmed largely from a "cultural chasm," the group's president said Wednesday.

But that chasm is closing, she said, and a new era of communion seems to have begun.

Immaculate Heart of Mary Sr. Sharon Holland, president of the Leadership Conference of Women Religious, told the group's annual assembly that behavior that is very normal for a woman in American culture — such as asking questions and thinking critically — might easily be perceived as disrespectful in another setting.

Holland understands one of those settings well: She spent 21 years as a canon lawyer in Rome, where she was one of the highest-ranking women in the Vatican. Now vice president of her community in Monroe, Michigan, and in her final days as president of LCWR, Holland gave the presidential address Wednesday morning to the approximately 800 LCWR members gathered here in Houston. The organization is made up of Catholic women religious who are leaders of their orders in the United States; communities in LCWR represent about 80 percent of the nearly 50,000 women religious in the United States.

Openly addressing the apostolic visitation to women religious in the United States and the doctrinal assessment of LCWR, Holland said that at the 2012 assembly, she felt more tension in the atmosphere and the nagging question of why the two controversial investigations were happening. Both ended in the last year.

"I remember posing a rather rhetorical question during open-mic time: 'Is this about doctrine or docility?' " Holland said. "I had no doubt that it was about both. Some honestly believed we were off track on certain doctrinal matters; some simply were convinced that we were disrespectful of the ecclesiastical authority."

But those beliefs, she said, were caused by differences in perception — a cultural chasm between the church hierarchy and women religious.

"We somehow were looking at the same realities, but we were standing in different places," she said. "We didn't realize that we were experiencing the incomprehension of two groups who did not know each other's deeper assumptions. We risked slipping into talking about each other instead of talking more deeply with each other."

A good example, she said, was that the Congregation for the Doctrine of the Faith's mandate for LCWR recommended removal of the "Systems Thinking Handbook" from the group's website. Holland said the handbook, which was rarely used and had been replaced by newer programs, worked through a case study of a religious congregation experiencing tensions over eucharistic celebrations for sisters' jubilees and illustrated a process by which differing factions could understand one another and build communion despite differences.

Holland said some believed the handbook should have had the superior instruct on the value of the Eucharist; discussions on the topic seemed to invite relativism, "as if, by discussion, you could change doctrine." That wasn't at all the point, she said, but that was how the Vatican perceived it.

But that very process — of discussion and questions aimed at a deeper understanding — also led to the amenable conclusion of the mandate in April, she said.

"We — LCWR officials and the bishop delegates led by [Seattle] Archbishop [J. Peter] Sartain — continued to pursue the issues raised by the mandate, always trying to understand more deeply," Holland said. "Annually, we brought reports of the progress to you. . . . At the same time, Archbishop Sartain was navigating the way with us and with the other two bishop delegates and the Holy See."

But there are powerful signs that the cultural chasm may be closing, she said: the joint final report issued at the end of the mandate and the photo of LCWR officials with Pope Francis when the mandate ended two years early.

"It is not the usual practice to have a joint report in processes such as this," Holland said. "It may sound very sensible to Americans, but normally, delegates sent from the Apostolic See submit their report directly to those who sent them. They don't give it first to the persons they were visiting."

Not only was LCWR given the report; the group was invited to collaborate on it.

"In the case of the CDF mandate, this was truly a joint report written and worked through by the same people who had engaged in the dialogue," Holland said. "There will be more explanation of this in the coming days, but we were the prime authors of that report."

As for the photo of LCWR officials with Pope Francis, Holland said it was "immediately recognized as a long-awaited public symbol of the communion our sisters feel and desire with and within the church. . . . It is a powerful symbol; not a resting place, but a launching pad." 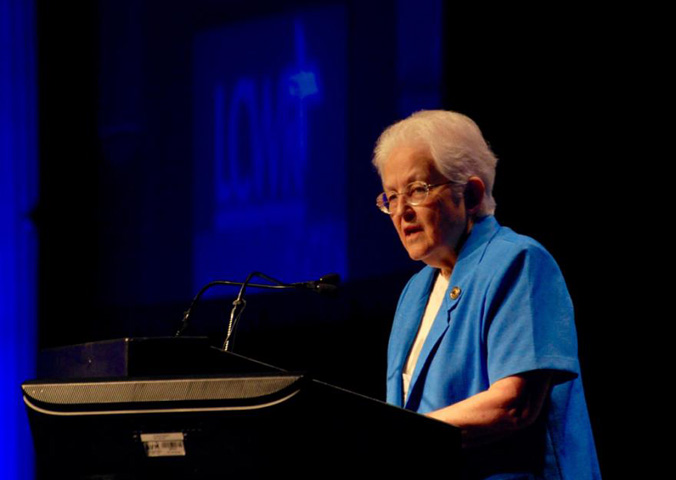 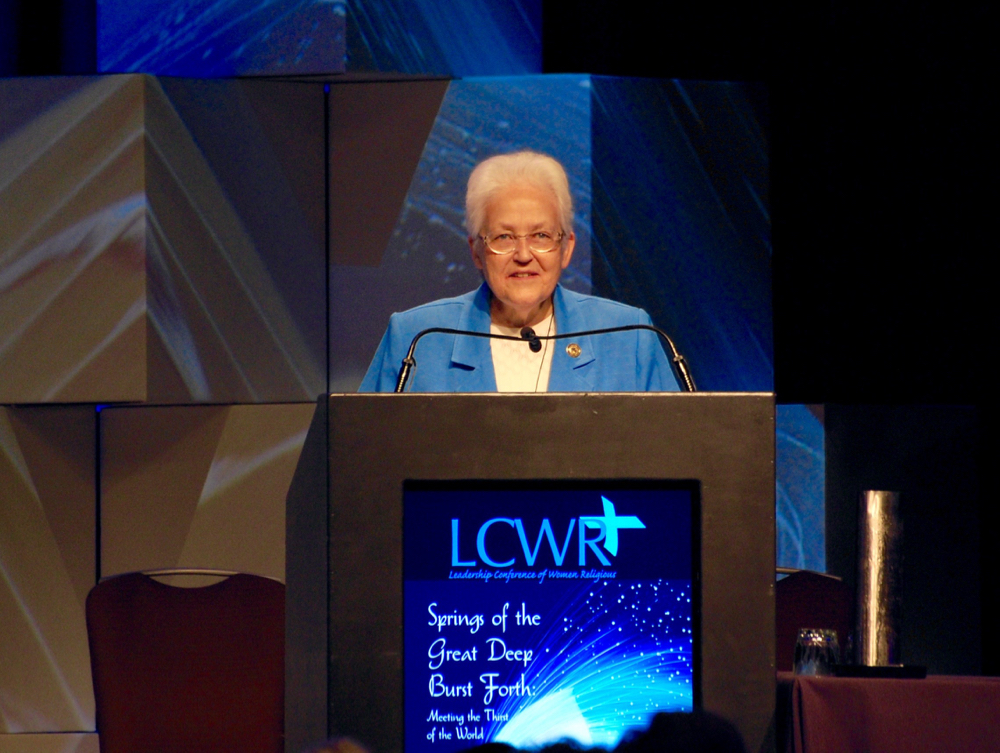