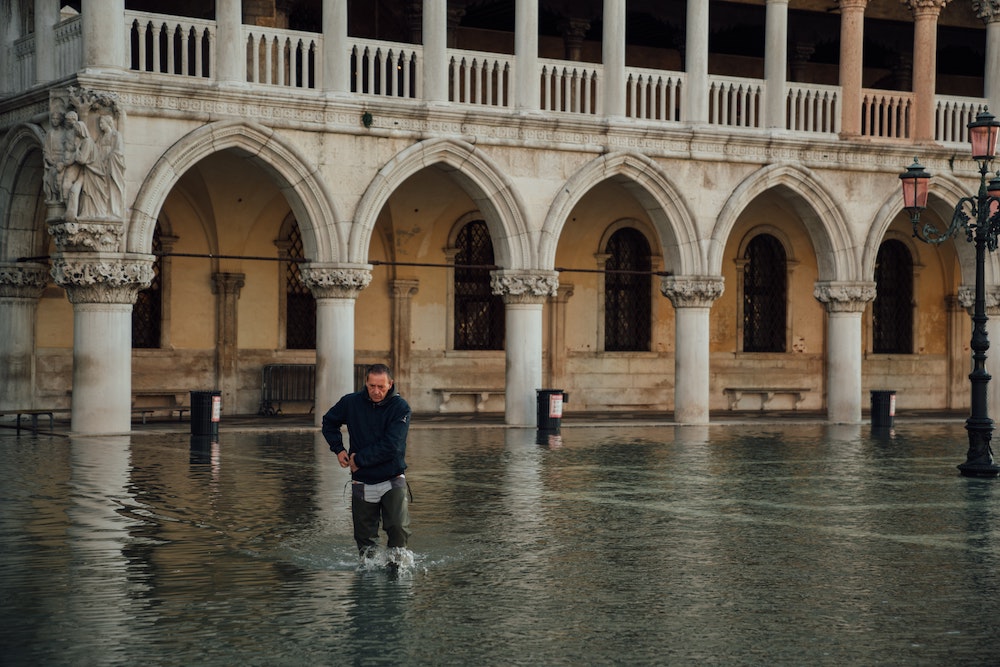 It is Advent. The Scripture that accompanies these days is rich, colorful and arresting: lambs and lions, floods and calamities, feasts with good wine, exhortations to repent. (Unsplash/Egor Gordeev)

As we bring this week to a close, I have been pondering the various ways our "virtual lives" have changed. Black Friday, Small Business Saturday and Cyber Monday have evolved into a month-long online shopping marathon; teachers and students have learned how to straddle laptops and classrooms simultaneously; meetings and conventions have gone to a Zoom format; and we can celebrate Sunday liturgy literally anywhere in the world from our own homes.

We are less tied to geography right now, less mobile and less physically connected, yet we have the possibility of becoming more global digitally, more settled, and more deliberately connected to those to whom we choose to reach out. So many paradoxes. How can the same reality have so many seemingly contradictory elements?

Well, isn't that just like God? Jesus — is he human or divine? Yes. The Eucharist — is it bread or is it Body? Yes. Death — is it an end or a beginning? Yes. Scripture — is it meant to be taken literally or figuratively? Yes.

It is Advent. The Scripture that accompanies these days is rich, colorful and arresting: lambs and lions, floods and calamities, feasts with good wine, exhortations to repent. What are we to make of these paradoxical Scriptures, particularly in these tumultuous times?

This has been a very rich reflection for me, causing me to carefully consider my beliefs about God and to examine what my own behaviors and actions indicate about God. I might suggest you also take a moment or two today to really ponder this: Is the God you believe in manifested in the way you treat the people in your life?

Scripture can be used for a variety of purposes. I learned early on in my studies that "proof texting" is a theological no-no. It involves choosing a Scriptural passage and removing it from its context in order to prove a pre-determined point of view, and it is both dangerous and unethical. Manipulating anything for our own purposes is just bad, plain and simple, but manipulating sacred Scripture — in particular, the words of Jesus — in order to prove a point we want to make is really bad. For example, take the familiar passage from the Gospels about the final judgment. In Matthew 25:31-34, Jesus talks about separating the sheep from the goats:

"When the Son of Man comes in his glory, and all his angels with him, he will sit upon his glorious throne, and all the nations will be assembled before him. And he will separate them one from another, as a shepherd separates the sheep from the goats. He will place the sheep on his right and the goats on his left. Then the king will say to those on his right,'Come, you who are blessed by my Father. Inherit the kingdom prepared for you from the foundation of the world.' "

This passage can be used — and quite effectively, I might add — to frighten people about God's judgment. It can be used to make people question whether or not Jesus' mercy has conditions or exceptions that would render us damned. It can be used to paint a picture of a certain kind of God. That is proof texting.

Taken out of context, in part only, this passage holds a particular flavor: a judging flavor. But when taken from within its context — its full and proper context — we realize that it is the tail end of a very long series of teachings entitled "Denunciation of the Scribes and Pharisees." In these teachings, Jesus doesn't claim the identity of judge and ruler; he claims the obscured identity of the sick, the hungry, the naked and the prisoner. This is not a passage about condemnation; it is a passage about recognizing God-with-us in the most unlikely of appearances, and it is a passage intended to teach those who didn't think they needed teaching. 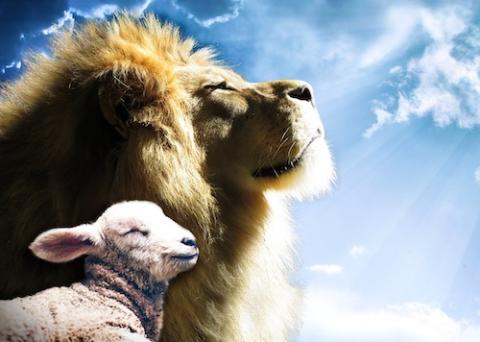 This is just one example of how easy (and how frightfully common ) it is to use Scripture as a weapon to achieve our own purposes. As the Mass readings led up to the start of Advent last month, we were given daily lessons from the Book of Revelation. Oh my, how easy it is to hear divine warfare and hellfire in those readings. One day, I found myself weeping as I prayed with those readings, begging God's mercy and imploring his forgiveness for all the ways I am unfaithful and undeserving of his love.

The next day, I opened my daily readings book to pray again with the readings and found myself profoundly humbled by God's tenderness and care. Interestingly, it was the exact same chapter, just a few verses later. I put down my daily readings book and picked up my Bible, reading the entire Book of Revelation from beginning to end. I cannot say that celestial inspiration filled me or that I now comprehend what in the world that last book of the Bible is really all about, but I can say that I have a much more complete, fuller picture of the God revealed in those chapters. If I had stuck with any one passage, my picture would be partial, probably even dangerous to my own faith. It takes the entirety of the story of God to reveal God's self to us — and even that is only an approximation of our God who is unfathomable.

God's self is revealed in Scripture, in sacrament, in relationship, in nature, in history, in tradition, in creed, in magisterium … in all things. This Advent, let us drink deeply of each of those sources in order to ready ourselves for his coming at Christmas: Jesus, the Incarnate Word of God.

[Virginia Herbers is an Apostle of the Sacred Heart of Jesus who is currently on sabbatical after serving as director of spiritual formation at St. Louis University.]