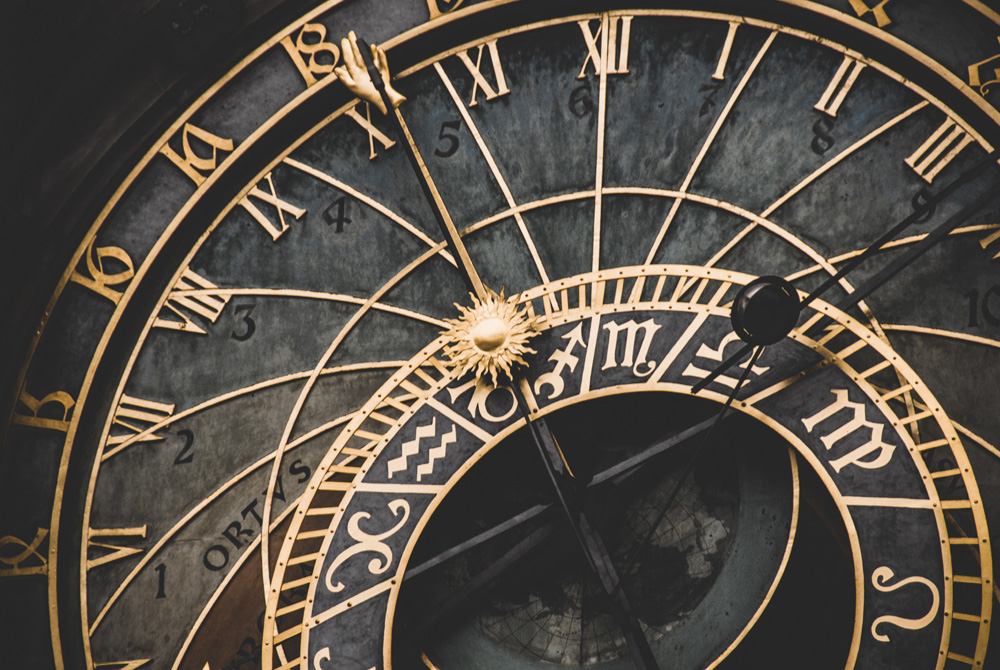 When I was teaching high school, I was fortunate to be asked to launch the Kairos retreat program for our school, and it was a tremendous experience that continues to shape my approach to spirituality and spiritual companionship. "Kairos" is a Greek word meaning "God's time," as differentiated from "chronos," meaning chronological time.

I remember giving the explanation to the students that kairos is the kind of time that allows us to know when a piece of fruit is ripe enough to pick. We can't very well put a banana on a timeline and berate it for being too green when time is up. Kairos is the time of rightness, the time when things are readied; it cannot be hurried, delayed, or scheduled.

Like the example of the banana, kairos is affected by a variety of factors beyond the control of time and even beyond the banana itself. These factors include the health of the tree from which it comes, the environment, the weather, its consumers, and a whole host of other natural and unnatural forces working either for or against its growth and full development.

Lately I've been wondering a bit about this sense of God's time, this kairos. Ever since Dec. 28, to be precise. That was the feast of the Holy Innocents last month, and something in the Gospel reading that day reached out and grabbed me for the very first time. The reading included this Scripture verse: "Behold, the angel of the Lord appeared to Joseph in a dream and said, 'Rise, take the child and his mother, flee to Egypt, and stay there until I tell you. Herod is going to search for the child to destroy him' " (Matthew 2:13).

The life of the infant Jesus was endangered due to the jealousy and rage of King Herod the Great, a figure with both political and religious power in Jerusalem. Indeed, we discover in Verse 16 that "Herod ordered the massacre of all the boys in Bethlehem and its vicinity two years old and under" (Matthew 2:16). Herod's fear, greed and love of power seem to be the motivations for his murderous behavior, and the angel of God is insistent to protect the infant Jesus from being killed. Then, six verses later, we learn that "[w]hen Herod had died, behold the angel of the Lord appeared in a dream to Joseph in Egypt and said, 'Rise, take the child and his mother and go to the land of Israel, for those who sought the child's life are dead' " (Matthew 2:19-20).

Hmm. I sat in church that day, listening to that Gospel, and I wondered, "God, what happened? Did you change your mind?" When he was an infant, you rigorously protected your Son from being murdered by the authorities in Jerusalem, refusing to subject him to a life cut short before its time. But 33 years later, you seemed to be silent in the face of the same murderous threat from the Jerusalem authorities. Then, you allowed for the murder of your son without any angelic messenger sent to the rescue. What changed?

King Herod, the "bad guy" of Christmas, did indeed die, but by the time Jesus had begun his public ministry in Galilee three decades later, Herod the Great's son, Herod Antipas, was in power. He wasn't as ruthless as his father, but he was no "nice guy" by any stretch of the imagination. (This is the Herod who had John the Baptist beheaded as a reward to his stepdaughter [cf. Mark 14:1-11, Luke 9:7-9].) In both Mark and Luke's Gospel, he is curious about Jesus, wondering at what the "word on the street" is about this healer and preacher.

In the context of this second-generation Herod's attention toward him, Jesus makes a decision, and it is not to "flee to Egypt" since his life was in danger. This time, in response to Herod's not-exactly-good-intentioned-interest, Jesus "resolutely determined to journey to Jerusalem" (Luke 9:51). The literal translation is that Jesus "turned his face" toward Jerusalem, facing the threat and the potential end of his life head on. Against the protest of his closest friends, Jesus decides that this time, the answer is Jerusalem, not Egypt.

Jesus' death was not a good in itself. If it were, then it would have been a "good" at whatever time it arrived, but Scripture tells us that the Father did not want his son to die as an infant. Jesus' death was "allowable" once his life and ministry had demonstrated who he was and why he had been sent from the Father. Would humanity have been redeemed if Jesus had been killed at the massacre of the Holy Innocents? Speculative theology would say yes, I imagine.

I remain captivated by this reflection. God the Father refuses to cheapen our relationship with himself by shortening the full story of the life, death and resurrection of Jesus. God refuses to water down our relationship with him by short-circuiting the journey to Jerusalem that is required in each of our lives. God's view is the long view, the view from eternity, and from that view, all things happen in the right time.