Editor's note: This story was updated at 4:20 p.m. Central time with comments from Sr. Janet McCann.

A federal appeals court issued the latest legal blow to the Adorers of the Blood of Christ in their stand against a natural gas pipeline crossing their land in southeastern Pennsylvania.

In a ruling filed July 25, a three-judge panel for the U.S. Court of Appeals for the Third Circuit upheld a lower federal district court's decision from September to dismiss the case because it lacked jurisdiction.

The appeals court affirmed the sisters did not follow proper procedure in filing a complaint against the pipeline's construction by Oklahoma-based Williams Companies and said they should have followed guidelines under the Natural Gas Act, which regulates pipeline construction, rather than seek relief from the alleged burden on their religious practice through the Religious Freedom Restoration Act (RFRA).

While the appeals court said the Adorers could have raised their religious freedom concerns through the process spelled out in the Natural Gas Act, the judges did not weigh in on whether the pipeline's construction on the order's land constituted such a violation.

In a statement, the Adorers expressed disappointment in the decision and said they are exploring what options they have left "to address this wrong."

"Even though the Adorers are up against a powerful federal agency and a massive oil and gas industry with unlimited resources, the Adorers believe that their faith and religious beliefs will ultimately prevail. At issue is nothing less than the future of our sacred earth," the sisters said in their statement.

Sr. Janet McCann, a member the Adorers' leadership team for the U.S. region, told GSR the sisters are determined to push their case forward and "to see what we can do to have our voice be heard."

"We feel like this has been handed to us for a reason, and we feel like we are obliged as a group of religious women, and religious and Catholic women, to stand up for creation. We see creation as sacred, and it's our responsibility to make sure that it's sustained for future generations," she said.

Since July 2017, the Adorers have joined an estimated 32 landowners in Lancaster County, Pennsylvania, opposing construction by Williams and its parent company, Transco, of the Atlantic Sunrise pipeline, a $3 billion, 183-mile extension of a natural gas pipeline system that currently runs 10,200 miles from New York to Texas.

The Adorers have opposed the pipeline on religious grounds, pointing to the order's 2005 Land Use Ethic in which they recognize the earth as sacred and commit themselves "as part of their religious belief and practice to use the land they own in a manner that does not harm the earth and recognizes the sanctity of life in the earth's current and future inhabitants."

A natural gas pipeline crossing their land would interfere with their ability to live out those religious beliefs, the sisters have argued. They also contend that the drilling and extraction of natural gas could lead to leaks of methane into the land and atmosphere, accelerating global warming.

As a symbol of their opposition, the sisters dedicated a chapel on their land in Columbia, Pennsylvania, along the pipeline's path on July 8, 2017. Earlier this month, they held a prayer service to mark the chapel's anniversary and the start of their legal fight against the pipeline.

On July 14, 2017, the Adorers filed a lawsuit in federal district court against the Federal Energy Regulatory Commission (FERC), stating that its approval of the pipeline project violated the practice of their religious beliefs under RFRA — the same law used by the Little Sisters of the Poor in their legal fight against a federal mandate under the Patient Protection and Affordable Care Act to provide employees contraceptive access at no cost.

District Court Judge Jeffrey Schmehl dismissed the Adorers' case in September, a month after he granted Transco immediate access to the sisters' land; Williams broke ground on the Adorers' farmland in mid-October, with the piping laid not long after that. In January, the sisters argued their case in the 3rd Circuit Court of Appeals in Philadelphia.

In the appeal court's opinion, Judge Joseph Greenaway Jr. wrote that the Adorers failed to express objections to FERC in writing or at public meetings throughout the duration of the pipeline's application process, from July 2014 to February 2017. At that point, FERC authorized construction and granted Williams the right to seize private property by eminent domain where landowners refused the energy company's right to use their land.

By not issuing their objections through FERC and under the Natural Gas Act — "the exclusive remedy for matters relating to the construction of interstate natural gas pipelines" — the Adorers "have foreclosed judicial review of their substantive RFRA claims," Greenaway wrote.

While acknowledging the Adorers never formally filed a complaint, McCann said the sisters repeatedly told representatives for the energy company they didn't want the pipeline on their land.

McCann said other nearby landowners who did follow the formal channels and procedures still ended up with a pipeline on their property.

The sisters and their legal team have argued that RFRA in this case should supersede all other federal laws, that regardless of what formal complaint processes are in place, the pipeline has still placed a burden on their ability to practice their religious beliefs.

"We are saying, 'Our religious freedom has been violated.' So it doesn't matter when we told them or how we told them that we did not want that on our land," she said.

The appeals court also disagreed with the Adorers' claim that they were unable to express a burden on their religious beliefs until such a violation occurred — in their view, not until Williams sought to seize their land via eminent domain.

"The Adorers' contention is unavailing," Greenaway wrote, "because FERC may hear any claim raised before it — even potential violations of federal law. There is no inherent inhibition to FERC hearing a potential claim in the first instance because it is statutorily granted the authority to hear any claim from an affected party when raised timely."

The proper process, the judge said, would have been to bring a claim to FERC. If the agency ruled against them, they could have appealed to either to the Court of Appeals for the District of Columbia or the 10th Appeals Court Circuit, which has jurisdiction where Williams is headquartered.

"Under these circumstances, the Adorers would have, at the very least, had the opportunity to seek the relief they so desire today. But because they failed to engage with the [Natural Gas Act's] procedural regime, we are without jurisdiction to hear the Adorers' claims," Greenaway said.

He added while the appeals court upheld the necessity of adhering to that process, "nothing in this opinion should be construed to call into question the sincerity of the deeply-held religious beliefs expressed by the Adorers."

The sisters said in their statement, "There is no question in this case that the actions of FERC and Williams have substantially burdened the Adorers' religious beliefs and practices."

A FERC spokeswoman told GSR that it is the commission's policy not to comment on court cases.

In an email, Williams spokesman Christopher Stockton said the company believed the court "made the correct decision."

"While we respect the Adorer's [sic] position, we disagree with their opinion with regard to this important infrastructure project. Access to inexpensive, domestic natural gas is a huge benefit to all people, especially the economically disadvantaged," he said.

The company anticipates the final installation of facilities for the Atlantic Sunrise pipeline will be completed by August, with it in full service by the latter half of the month. 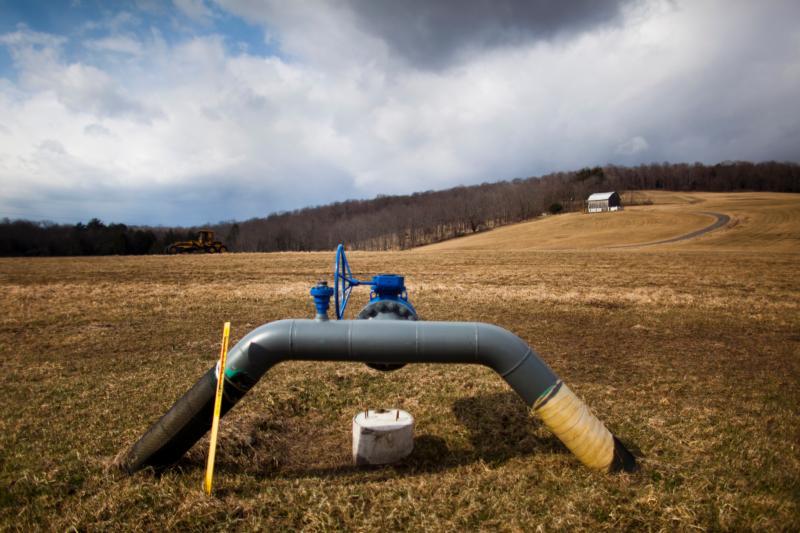