As President Donald Trump continues to advocate for increased coal, oil and gas production in the United States, the Adorers of the Blood of Christ are protesting a pipeline set to run through their property in Columbia, Pennsylvania.

On July 9, the sisters — along with the community organization Lancaster Against Pipelines — will hold an interfaith service to dedicate an outdoor chapel built in the path of the planned Atlantic Sunrise pipeline. According to a press release, the chapel will be used as a "24/7 site" of prayer and vigil when and if construction of the pipeline begins later this year.

The Adorers are one of an estimated 32 local landowners who have refused to sell their land to Williams, the company that would own and operate the $3 billion, 183-mile pipeline, an extension of the Transco pipeline system that currently runs 10,200 miles from Texas to New York.

Williams has already sought to obtain some Pennsylvania lands via eminent domain, that is, the government's ability to seize private property for public use. Additionally, according to local media reports, the company has asked a U.S. district judge to expedite the land seizure process against the Adorers to prevent this weekend's chapel dedication, claiming the sisters were seeking to "obstruct construction of the project."

As of July 6, the court had not made a decision, according to the Lancaster Against Pipelines Facebook page.

In an email to Global Sisters Report, Chris Stockton, a Williams spokesperson, said the company respected both the sisters' religious convictions and right to protest yet disagreed with their opinion of the project.

"We have tremendous respect for the Church and its strong history of social tradition, which include the fight against poverty and being a good steward of the environment," he wrote. "Access to inexpensive, domestic natural gas is a huge benefit to all people, especially the economically disadvantaged. Sufficient access to affordable natural gas supplies keeps our energy costs low and supports thousands of good-paying jobs."

Members of the Loretto Community, whose singing protests helped halt production of a Williams pipeline in Kentucky three years ago, are expected to join the Adorers for the chapel dedication. 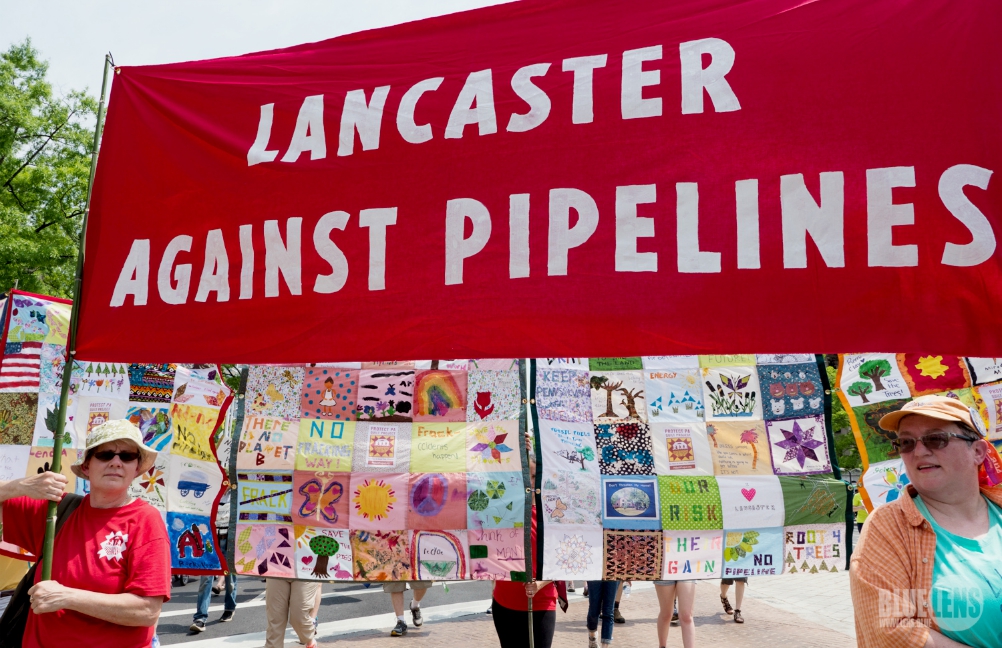