The fight by the Adorers of the Blood of Christ against a natural gas pipeline went to an appeals court Friday, Jan. 19, as their attorneys argued that the case should be heard by a lower court that had dismissed it.

The hearing was the latest chapter in a two-year battle against the building of a natural gas pipeline through Lancaster County. The courtroom for the 3rd Circuit Court of Appeals was standing-room-only, with more than a dozen Adorers and their fellow activists filling most of the available spaces.

"The Adorers have a deep and longstanding commitment to safeguard the sanctity of the Earth," the congregation said in a press statement a few days before the hearing. "As such, the forced installation of a fossil fuel project on their own land represents a gross violation of their deeply held religious convictions."

The sisters are basing their case on the Religious Freedom Restoration Act (RFRA), the same statute that the Little Sisters of the Poor have cited in their case against the contraceptive mandate in the Patient Protection and Affordable Care Act.

In 2005, the sisters adopted a "Land Ethic," proclaiming that, as a matter of religious belief, they will not use their land in any manner that does harm to the Earth. The Adorers have used Pope Francis' environmental encyclical, "Laudato Si', on Care for Our Common Home," to further bolster their argument.

In its legal briefs, Transco, the construction company that is building the pipeline, questioned the sincerity of the sisters' defense, calling their convictions a "subjective religious experience."

At the hearing, the three-judge panel pressed the Adorers' lead counsel, Dwight Yoder, as to why the sisters did not raise a formal complaint with the Federal Energy Regulatory Commission (FERC) or Transco before construction began.

Yoder pointed out that the notifications that the sisters received from the federal commission did not offer an opportunity to object on the grounds of a violation of religious freedom.

Lawyers for the commission and Transco told the judges that they would have taken the Adorers' claims seriously if the sisters had raised them months ago when other Lancaster landowners were filing their objections through FERC's formal administrative process.

At the conclusion of the hearing, the judges requested a written argument from the Adorers' lawyers. If the court rules in their favor, the sisters will be allowed to present their case in the district court. A decision by the appellate judges is expected within a few months.

In an interview with reporters after the hearing, Yoder explained that a religious freedom claim requires a judicial process, as opposed to the administrative process that the Federal Energy Regulatory Commission offered to landowners before Transco broke ground.

"We think the District Court has jurisdiction and would be the proper forum to hear their RFRA claim," Yoder said.

Yoder said that, according to the Religious Freedom Restoration Act, the sisters could not file a claim until there was a substantial burden on their religious beliefs.

"That didn't happen until Transco condemned their property and took it against their will in July 2017," Yoder said. The congregation that month filed a complaint against the federal commission.

Yoder said that Transco's construction permit did not give enough cause for the sisters to take action. "There was no ability for them to assert those claims until the pipeline actually went through."

The Atlantic Sunrise pipeline would be a $3 billion, 183-mile extension of the Transco pipeline system that currently runs 10,200 miles from Texas to New York.

In early July, the sisters built an open-air chapel on their land as a protest against the construction. A short video presented to reporters at a press conference after the hearing showed that the periphery of the chapel was damaged by the construction.

In their press statement, the Adorers claim that Transco altered its construction schedule to install the pipeline on their land first, "in a bald attempt to insulate themselves against a future legal victory for the Sisters."

If they ultimately win their case, the Adorers may demand that Transco remove the pipeline, since the construction company proceeded at their own risk.

"If you proceed knowing that there's a legal challenge pending and you lose, you have to remove it," Yoder said.

[Jamie L. Manson is a columnist and books editor at the National Catholic Reporter.] 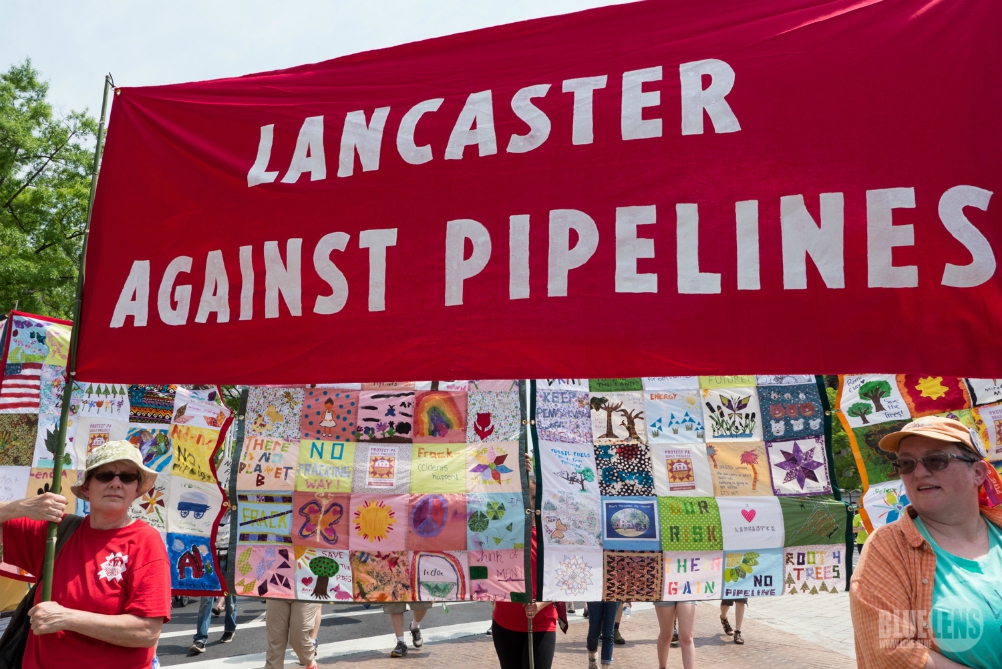