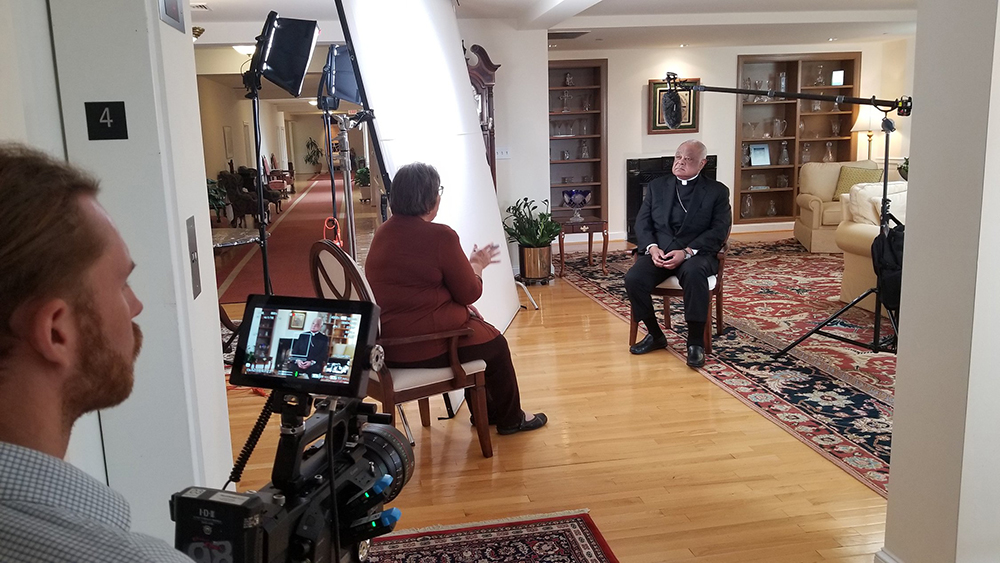 Washington Cardinal Wilton Gregory is interviewed for the documentary "Going Home Like a Shooting Star: Thea Bowman's Journey to Sainthood," in Washington on Oct. 13, 2021. The documentary will air on ABC stations nationwide beginning Oct. 2. (CNS/Courtesy of NewGroup Media)

A new documentary on Sr. Thea Bowman shines a light on her life and work as an advocate for racial justice and intercultural understanding.

The idea for the documentary came to Franciscan Sr. Judith Ann Zielinski, who wrote and produced the film, after the 2020 death of George Floyd while in police custody in Minneapolis.

"I thought, I have to do something, what can I do?" and "Thea Bowman popped into my head. She was a Franciscan sister, a woman who had been fighting systemic racism in her own time and in her own way."

The documentary is a comprehensive look at Bowman, the first African American member of the Franciscan Sisters of Perpetual Adoration and one of six Black Catholics known as a "Servant of God."

It also makes a case for her sainthood and for contemporary spirituality, Zielinski said.

"Going Home Like a Shooting Star: Thea Bowman's Journey to Sainthood," comes from NewGroup Media and the Diocese of Jackson, Mississippi. Along with archival media of Bowman, the documentary features interviews with her colleagues, friends, fellow Franciscan Sisters of Perpetual Adoration, former students and African American scholars, priests and bishops. 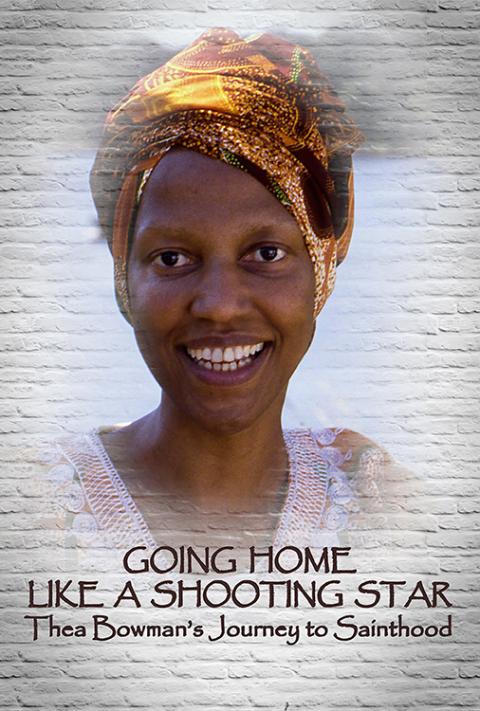 An official promotional poster for the documentary "Going Home Like a Shooting Star: Thea Bowman's Journey to Sainthood" (CNS/Courtesy of NewGroup Media)

Redemptorist Fr. Maurice Nutt, associate producer and biographer of Bowman, called her an "apostle for racial reconciliation in our church today."

Noting that Bowman died in 1990, Nutt said the film would make her known to a new generation. He also said her life resonates with much of what younger Catholics are looking for in the church — someone who speaks truth to power.

"Her call for justice, justice for the roles of women, justice for those who experience no matter what ethnicity, oppression or hatred" speaks to "us as a church being the body of Christ," he said.

He also said her call for people to come together and share their gifts is a pivotal message to put a stop to "some of the racial hatred that we see in our society even today," Nutt told Catholic News Service.

Bishop Joseph Kopacz of Jackson, Mississippi, petitioner for Bowman's cause and executive producer of the documentary, said the film "speaks the need for the church to never give up that desire to be more united and more universal."

He said Bowman had a "timeless message" that included a desire for greater harmony, unity, racial understanding and reconciliation and "being the body of Christ in a more faithful way."

The bishop also remarked at the depth of her call, describing her as gifted, charismatic, prophetic and a "dynamo of energy."

Bowman was born Bertha Bowman in 1937 in Yazoo City, Mississippi, to Theon Bowman, a physician and Mary Esther Bowman, a teacher. Her family moved to Canton where she encountered the Franciscan Sisters of Perpetual Adoration at Holy Child Jesus School.

At age 9, Bertha became Catholic and at age 15, she left home for La Crosse, Wisconsin, to attend the Franciscan Sisters of Perpetual Adoration's high school, later joining the community and taking the name Sister Mary Thea.

Bowman went on to receive her doctorate from the Catholic University of America and returned to La Crosse to teach English and linguistics at Viterbo University.

Her parents' deteriorating health called her back to Canton, where she led the Diocese of Jackson's first Office for Intercultural Affairs. Her gifts for preaching, singing and teaching led her to countless speaking engagements across the United States.

She was declared a "Servant of God" in May 2018 and the U.S. bishops voiced their consent to her canonization cause at their Nov. 2018 fall general meeting in Baltimore.

Sr. Eileen McKenzie, president of the Franciscan Sisters of Perpetual Adoration, said Bowman's canonization would "hold up the spirituality and the gift of the Black Catholic Church" and "give courage to our African American brothers and sisters who often don't have platform."

It would also be significant for her order. One of the primary values of Franciscans is continual conversion, McKenzie explained, noting that Bowman's canonization would call the community into deeper conversion.

"Her spirituality, her witness, her prophetic spirit resonates with us today. It's hard to even speak of Thea in the past tense. It's as if she's with us today," Nutt said.

"Going Home Like a Shooting Star" was funded in part by the Catholic Communication Campaign. Streaming opportunities will be announced by the Diocese of Jackson. Watch a preview of the film: