Skip to main content
This story appears in the Web of Life feature series. View the full series.

A biologist worried about losing what's left of her habitat. A political scientist trying to work within a political system that's broken. A historian trying to give the background, and an environmental director sanctioned for trying to enforce the law. All were put to the test June 25, the fourth day of the Web of Life retreat with the Maryknoll Sisters.

The day was to be dedicated to setting the scene for today's 3 a.m. departure with the tide in the wetlands of Matusagaratí — there'd be time enough to get into the political aspects later, Maryknoll Sr. Melinda Roper promised. But the political context weighed heavily on all of them, and with good reason.

Hermel López, Darién's regional director for the Ministry of the Environment, had recently been sent on an involuntary "vacation" for an indefinite period after filing a series of lawsuits aimed at enforcing environmental protections for the wetlands and for other threatened areas throughout the province. Earlier, the Panamanian minister of the environment, Mirei Endara, had resigned, and her replacement seems to have a different philosophy, he said.

López, a native of Darién, said the vast territory of Matusagaratí is sacred to people throughout the region. He spoke of a legend that says the sparkle from its mirror-like waters is the ancient gold of the Spaniards.

The conditions surrounding environmental enforcement in the region are difficult in the extreme, said López, who said he has endured death threats to himself and his family after standing up to agribusiness interests that are operating outside the law.

His team used a drone to document the illegal drainage of the wetlands, he said, and found canals 10 meters (33 feet) across that were draining the protected reserve. They also found that 408 hectares (1,008 acres) of African palm had been planted within the wetlands without doing the necessary environmental impact assessment. Around 26,000 hectares (642,000 acres) of land had been illegally titled, he said. His agency has filed more than 50 lawsuits in these and many other cases during his administration. But with Endara's resignation, those processes have come to a halt, he said.

Anthropologist and historian Francisco Herrera said one reason protections for Darién are hard to get on the national agenda is a widespread perception of the region as a dangerous no man's land.

Besides establishing a stronghold in the district of Chepo, on the edge of the province, the Spaniards didn't venture far into the region for many years. Thousands of indigenous Kuna warriors allied with French and English pirates to dominate much of the region, while rebel slaves who had escaped set up Afro-descendant communities that dominated other parts.

"There used to be a saying that if you were going to go to Darién, you should commend your spirit first to St. Mary because you probably wouldn't be coming back," Herrera said.

Biologist Alicia Ibáñez said Panama — and, in particular, Darién — is a biodiversity hotspot like no other. Tiny Panama has a greater diversity of species than enormous Brazil, which has huge expanses of Amazon and Andes. Part of what makes Panama unique is its high level of endemism, the presence of species that only exist in a certain place.

But research has really only scratched the surface in Darién because of the dangerous and difficult conditions, she said.

"Nobody wanted to come here for many years," she said.

The last big expedition to Cerro Tacarcuna, one of the highest points in Panama* at over 6,000 meters (3,280 feet), was in the 1970s; in one day, they collected hundreds of species, and 40 percent of them were new species, she said. No one has returned to follow up on that work, she said.

"People are waiting for the problems to go away so we can come back," Ibáñez said.

As far as Matusagaratí, she said, it's barely been explored at all.

"We don't really know what kind of species are there; it's a new habitat, and it's a really amazing area," she said. "Ten years ago, I flew [over the wetlands], and I couldn't believe what I was seeing. I thought I was seeing Africa or some other country. I didn't know Panama had something like that."

Osvaldo Jordán, a biologist, political scientist and executive director of the Alianza para la Conservación y el Desarrollo (Alliance for Conservation and Development), said a big part of what makes Matusagaratí in particular and Darién in general is the combination of moisture and heat. Just 100 km (62 miles) from the wettest place on Earth — the Colombian department of Chocó — Darién is among the wettest.

Jordán has witnessed the destruction of vast expanses of Panama's remaining forests and wetlands and worries about planned highway, mining and hydroelectric projects. Another concern is a plan to open much of the country to cultivation of oil palm, a lucrative monocrop currently spurring major land grabs and vast clear-cuts of rainforests throughout the tropics to make way for toxic, chemical-dependent plantations.

He has more hope for Darién retaining intact ecosystems than other parts of Panama, however. Development didn't begin there until much later, and the Kuna have maintained tight control over their forests and don't allow incursions of highways or other megaprojects.

"This is ultimately a spiritual fight," he said of ongoing efforts to preserve the remaining biodiversity. "The people who believe that money and greed is the highest value are not going to change sides. It's going to require a lot of education, and the citizenry needs to mobilize. We have to have people move into action, to go to the radios, to the schools, to the streets sometimes to try to stop the destruction. We need changes that are decisive, which is why protected areas are to some degree successful."

The most successful movements, he said, are those where the rural communities join forces with groups in the cities to coordinate their efforts, as happened in the fight led by the indigenous Ngäbe-Buglé to stop a major mining project.

"The other people who are saving us are the indigenous people," he said. "If you see on the map the largest of the green spaces, those that are in the best shape are the indigenous areas. Otherwise, we would have lost much more, because they've been willing to say, 'No, you're not going to cross over here.' "

The next Web of Life dispatch will include a virtual tour of Matusagaratí and Santa María la Antigua del Darién, one of the oldest towns in the Americas. Read all Web of Life coverage.

*An earlier version of this piece incorrectly called Cerro Tacarcuna the highest point in Panama. 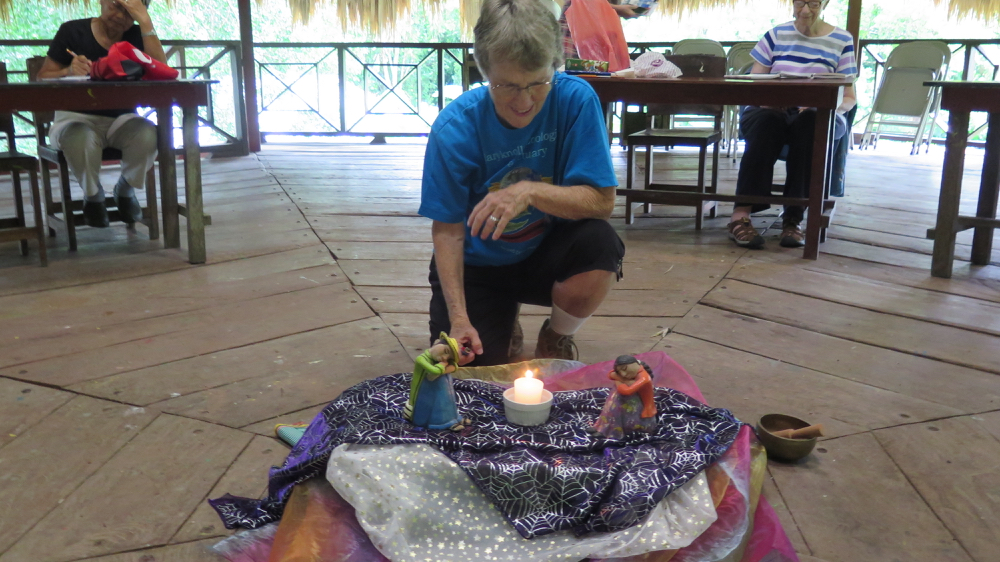 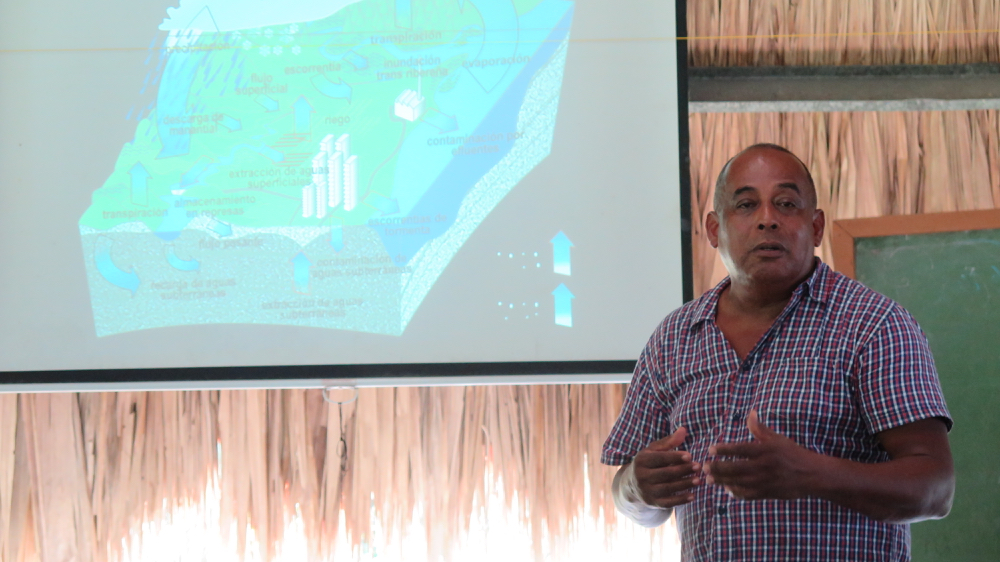 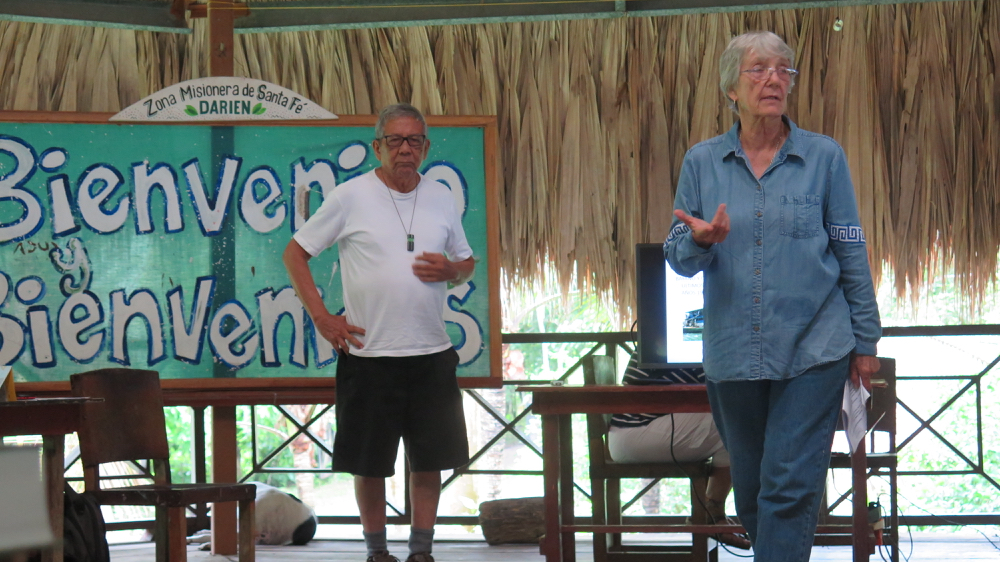 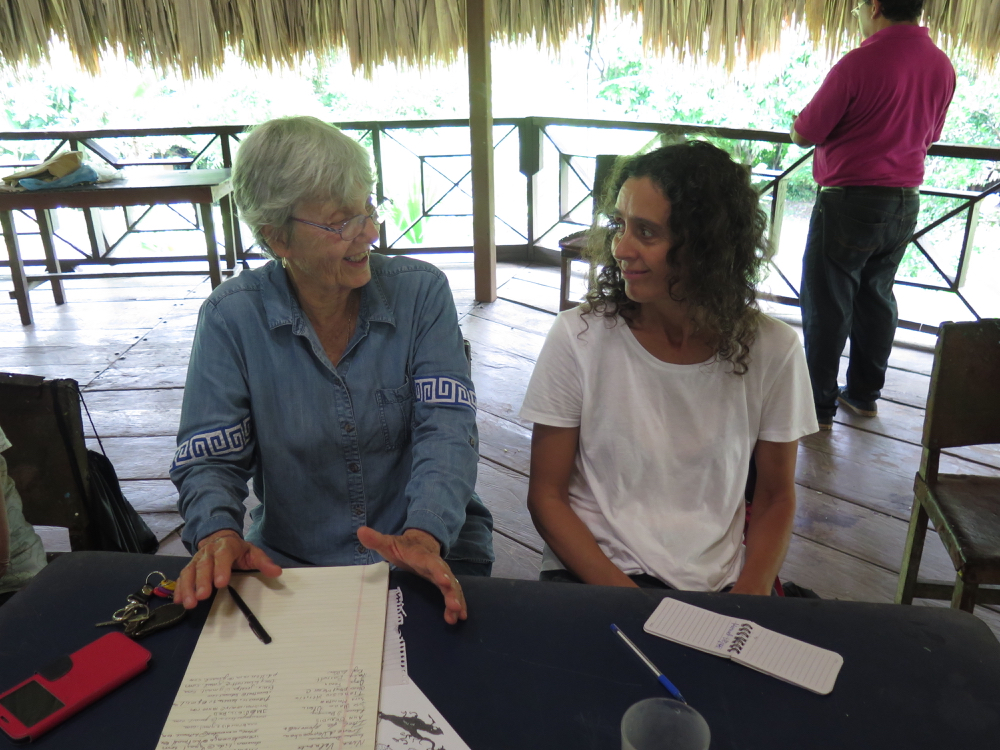 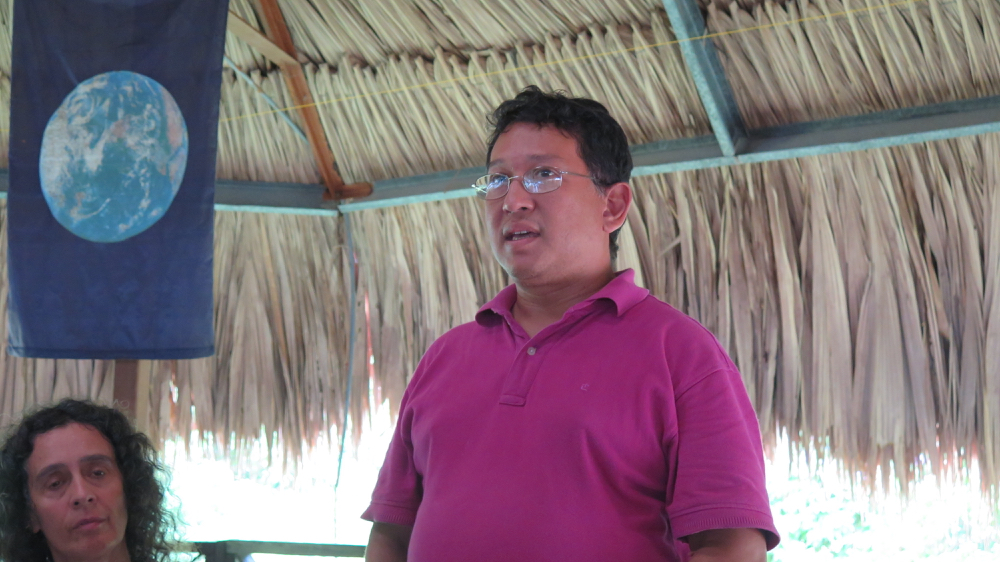 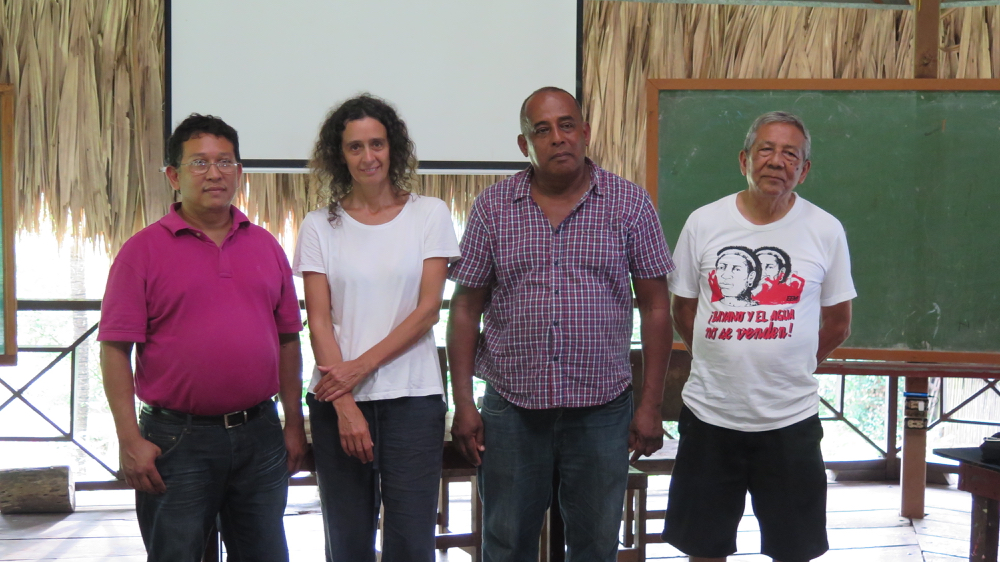