What can UN International Day of Peace mean for South Sudan? 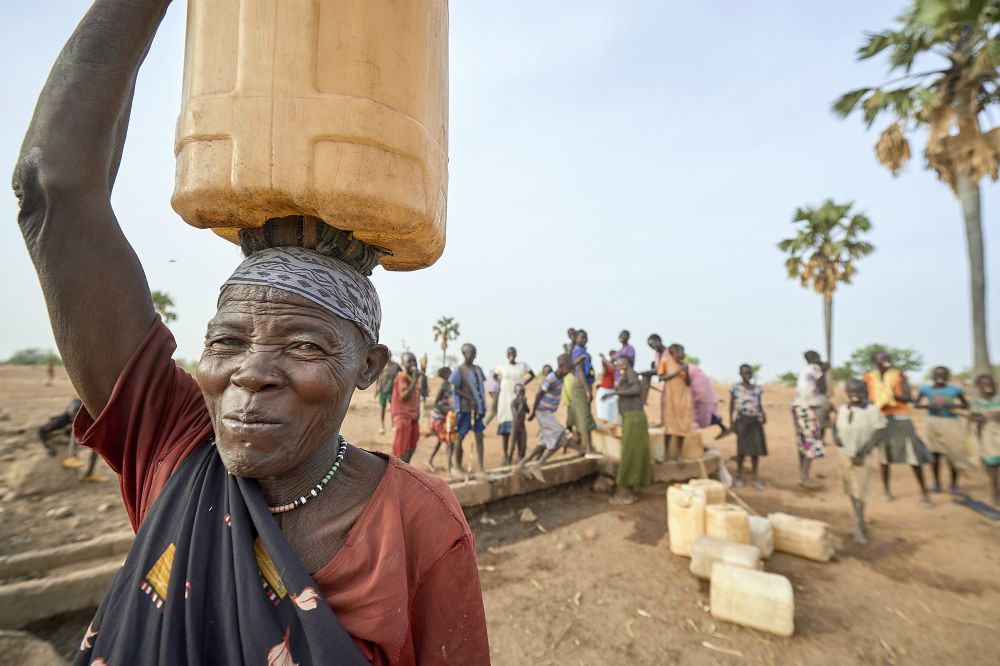 A woman carries water from a well in Lugi, a village in the Nuba Mountains of Sudan, controlled by the Sudan People's Liberation Movement-North and frequently attacked by the military of Sudan. Catholic Church workers have accompanied people in the region, experiencing the same challenges as the people they serve. (CNS / Paul Jeffrey)

The determination, courage and commitment of women religious and others working to bring peace to war-torn South Sudan should be honored daily.

But today is a particularly good occasion to do that. Sept. 21 is the annual observation of the United Nations' International Day of Peace, a day the U.N. describes as "strengthening the ideals of peace, both within and among all nations and peoples."

As I reflect on the day's meaning, I am struck by the word "within."

Wars between states are increasingly rare. But civil wars and internal conflicts and unrest continue to haunt the globe. Nowhere is this more evident than in South Sudan. As Amnesty International notes, 4 million South Sudanese have been displaced from a five-year conflict in which tens of thousands have died and as many as 7 million need humanitarian assistance.

Caution, though, is the watchword here. Previous peace agreements in South Sudan have been quickly broken.

"What can we say about it?" Sr. Carla Magnaghi, a member of the Italian congregation Little Apostles of Charity, wrote in an email earlier this week. Magnaghi has worked two stints in South Sudan over 25 years. Her current ministry focuses on a center for mentally and physically disabled children providing rehabilitation, medical care and schooling. The center, called Usratuna, also provides training and education for those who want to provide care for the children.

"In spite of the peace proclamation, we do not see any signs of [peace]. Most of the local people are skeptical about it," Magnaghi told me. 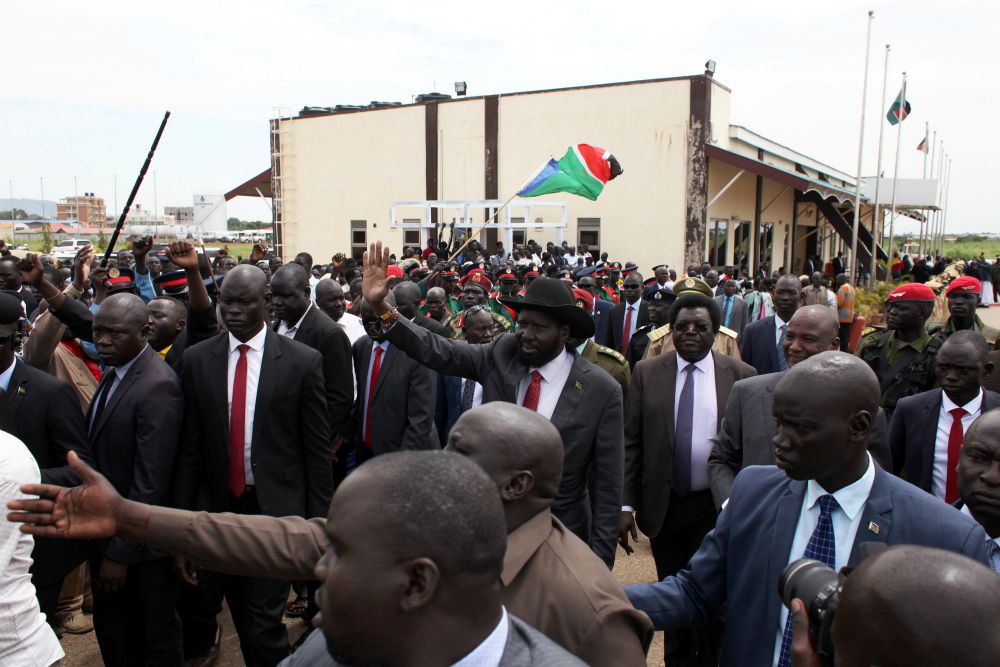 South Sudan President Salva Kiir is welcomed by supporters on his return from peace talks in Kampala July 9 at the Juba Airport. As South Sudanese peace negotiations tackled the last outstanding issues, church leaders called for genuine dialogue, healing and trust building, so that politicians have the will to implement a peace pact. (CNS / Reuters / Andreea Campeanu)

The extreme level of bloodshed is one reason for skepticism. The overall violence in South Sudan, to quote Amnesty International, has resulted in "civilian suffering on a staggering scale."

Neither side has availed itself well, with human rights abuses occurring by all military parties. In its most recent report on South Sudan, released this week, Amnesty International accused government forces and their allied militias of a military offensive earlier this year in Unity state. Amnesty International said what happened amounted to war crimes. According to the United Nations, hundreds of civilians were killed.

That's the rub: the deaths of so many civilians. People are tired of being victims of war.

"The people here cannot escape. They are too poor to become refugees. There are no boats here heading to foreign shores, but if there were, most of the South Sudanese could not pay to board them," said Br. Bill Firman, an Australian LaSalle Christian brother who heads Solidarity with South Sudan, a global network of religious congregations of sisters, brothers and priests who collaborate to train leaders, nurses, teachers, midwives and others in South Sudan.

I got to know Solidarity's fine work firsthand during assignments I had to South Sudan in 2014 and 2017. I interviewed a number of sisters, priests and brothers involved with Solidarity and was particularly moved by the work I saw in Wau, where sisters and priests assisted thousands of displaced who found refuge on the grounds of the city's Catholic cathedral. I also met dedicated teachers who, despite the violence, continued their work in training young medical personnel at the Catholic Health Training Institute.

Working to uphold human dignity in a war environment is never easy, particularly when it often feels like the country's rival political leaders don't share the same commitment.

"The situation in South Sudan is increasingly anarchistic and I sometimes wonder what is the point of endless peace talks between leaders who are not in control of the opposing forces they are supposed to be leading," Firman told me in an email earlier this week.

"The people long for peace but it has not come. No wonder people are weary of peace agreements."

The news about the latest peace agreement comes as Solidarity marks its 10th anniversary. Firman, in a recent letter to religious congregations supporting the network, noted that when he arrived in South Sudan in 2009, "there were 21 religious in South Sudan — 18 sisters, two brothers and one priest."

Solidarity, he said, "still has five of those religious sisters who arrived before me. Our numbers rose to around 35 in 2013 but since then have been reasonably stable around 30. As I write, we have 26 religious from 18 different congregations from 16 countries and three lay volunteers, 16 women and 13 men, plus many employees working in South Sudan."

In his email to me, Firman noted that Solidarity and other groups are focused on young people, who he and others believe is the country's best hope. 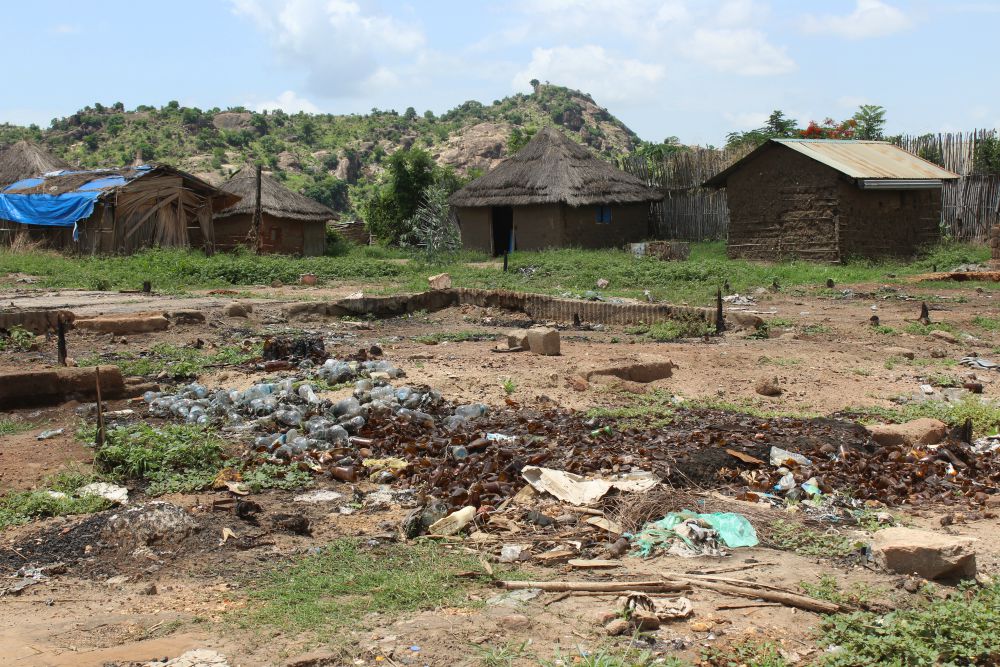 "The real hope is in the next generation who will be better educated and better prepared for leadership," he said. "In educating registered nurses, midwives, teachers, pastoral workers, farmers, in standing in solidarity with them, in sharing their burdens and in offering relief where we can, I see our Solidarity members as 'apostles of hope.' "

He added, "I salute my colleagues here in South Sudan who refuse to be diverted from their ministries by possible danger and threat of attack. 'Could you not watch one hour with me?' It was a call to all Christians down the ages that they are heeding."

Placing work in the context of the larger history of Christian witness and commitment is striking; so is the fact that Solidarity's educational institutions — "one for training nurses and midwives and the other for training primary school teachers, each with over 120 in residence," as Firman notes — have, despite the odds, "continued to function well through all the troubled times," with students from varied ethnic backgrounds learning to live and study together.

That is important. Ethnic differences are sometimes blamed for the civil war. But as many South Sudanese told me during my assignments, political leaders have more often than not exploited those differences for their own political gain. The result is more violence.

"Our students are learning to live in peace with their neighbors," Firman said. "Unity in diversity is possible. These future leaders of the next generation are the sign and promise there can be a resurrection — if we stay with them in their hour of greatest need. "

In a special nod, Firman noted that five of the sisters who came to South Sudan in 2009 "are still here. 'Solidarity with South Sudan' is our name and we are resolved to continue to work in solidarity with the people here."

On an international day dedicated to peace, that fact is inspiring and worth celebrating. But so is Magnaghi's cautionary note: "We need a prayer, strong faith and hope in God." 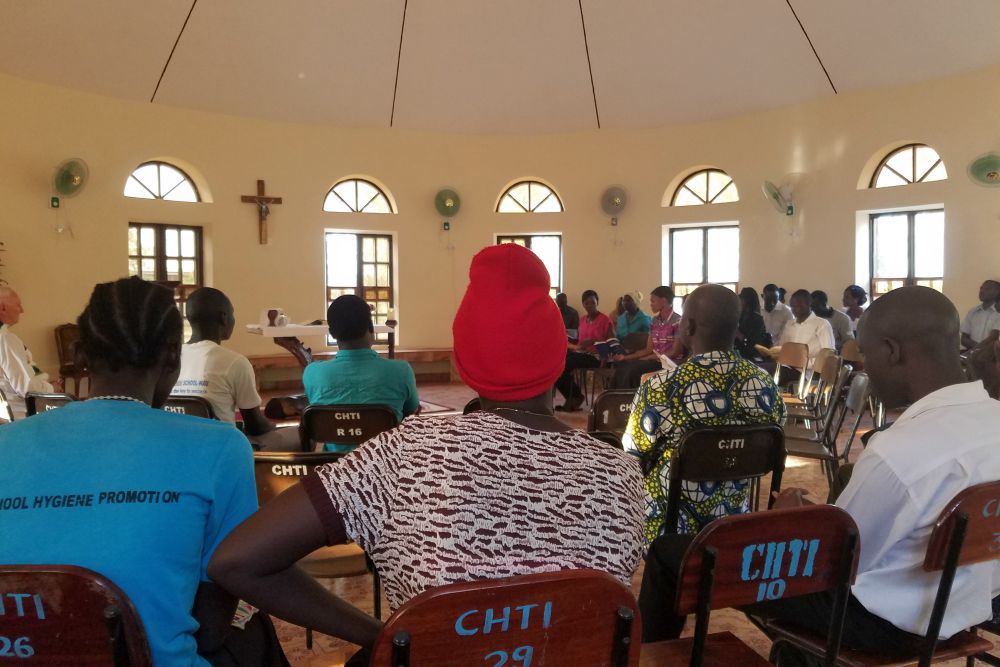 Students and staff attend a May 2017 service at the chapel at the Catholic Health Training Institute in Wau, South Sudan. (GSR photo / Chris Herlinger)

Ministry | What can UN International Day of Peace mean for South Sudan?

Why are we silencing women (and lay) preachers?

Wherever you go, the Lord will be with you

Q & A with Sr. Virginia McCall

Q & A with Sr. Mary Do Thi Thuy, working with Vietnamese people with HIV/AIDS