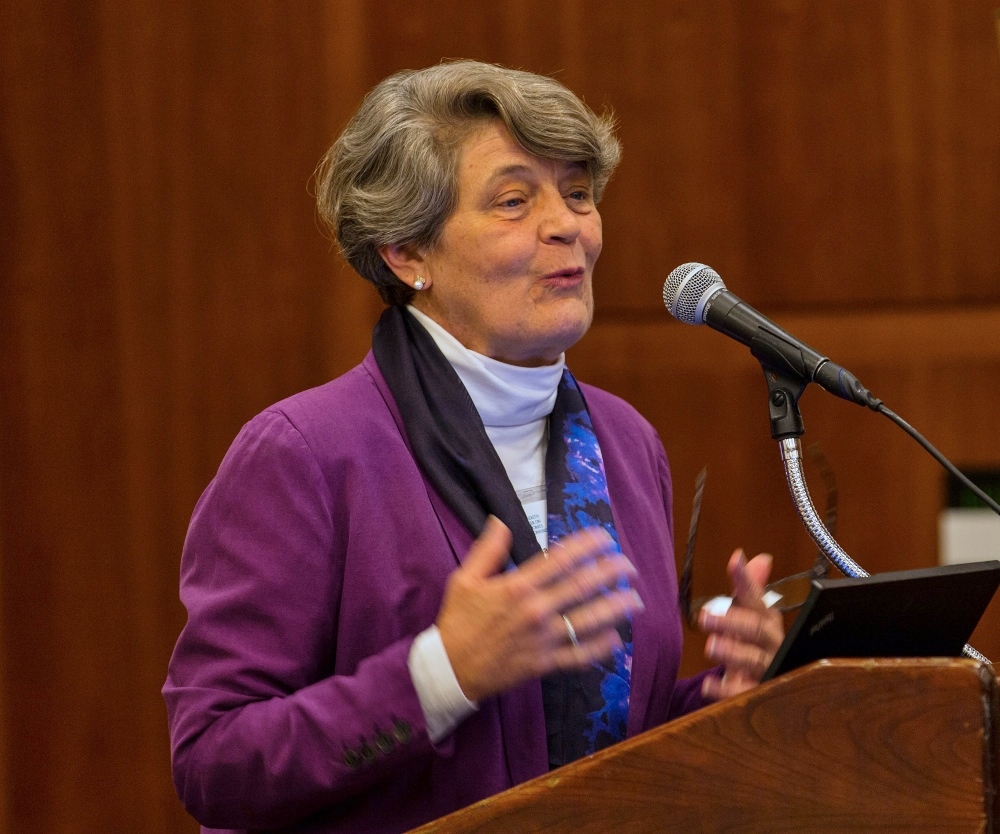 Big corporations do not intimidate Sr. Patricia Daly. The Caldwell Dominican's job is to work with them, educate them, and help them be more socially and environmentally responsible, not to embarrass or cajole them.

That doesn't mean she won't prod them gently — or not so gently — when needed.

Daly, 59, is the executive director of the Tri-State Coalition for Responsible Investment, which works with corporations on issues that include ensuring human rights in their supply chains and preventing climate change. While most of the coalition's work is behind the scenes in corporate boardrooms, the push occasionally becomes public.

This spring, Daly was the lead filer on an ExxonMobil shareholder resolution to a "moral imperative" to address climate change and limit global warming to 2 degrees Celsius. The company tried to prevent the resolution from being voted on, but federal regulators forced its consideration, which only gave the dispute more press and put more pressure on ExxonMobil.

GSR: How did you get into this work?

Daly: I went to grade school in Queens [New York] with the Amityville Dominicans, so we dealt even then with the ruling class and poverty. All through school, we learned about the Vietnam War, violence, pollution. So going through high school and college, you had this full understanding of government and corporations.

I graduated from Sacred Heart University, and two weeks later, I started with the novitiate. I wasn't sure this was going to work, so I thought, 'Let's get this over with!'

When I was a novice, I went to my first stockholder meeting. It was at that meeting that I met both people from the Interfaith Center on Corporate Responsibility and the Tri-State Coalition for Responsible Investment. So our congregation got involved very quickly.

Most people may not think of investing as a traditional ministry.

It's amazing. When you look at it, it's probably the most effective interfaith effort on the planet. Corporations influence nearly everything. Now there's a huge market for [socially responsible investing information]. It's not just faith-based institutions anymore. Nearly every financial manager looks at this.

It's about risk. Yes, these are the right things to do, but they're also good for the bottom line.

This spring, you took on ExxonMobil publicly with a shareholder resolution on climate change. It only got 18.5 percent of the vote, but you still consider it a victory.

These corporations are not democratic institutions. You can get 98 percent of the vote, and the board of directors is not obliged to do anything. That being said, for us to get 3 percent of the vote the first year we present it is huge. For us to get 18.5 percent on a resolution that references the moral obligation of a company, that's amazing.

For most companies, when a resolution gets 10 percent, the board starts working on it. Some start even earlier than that because they know it's an issue. They can't ignore this.

And remember, for the most part, these are nice people. In the vast majority of companies I work with — and I work with dozens and dozens of companies — there are people who have really found a vocation within their companies, where it's not just about making money. They know they're in a place of power where they can turn this company around, whether it's [in] supply chain human rights or the environment. That's what we're sharing with these people. We have the language to invite people into that.