Several weeks ago I found myself sitting in the rotunda of the New Mexico State Capitol surrounded by beautiful Navajo, Laguna and Acoma people. The 60-day legislative session was in process. We gathered seeking support for petitioning Congress to put in effect the Radiation Exposure Compensation Act (RECA) for uranium miners and mill workers who are dying from various cancers and diseases. The legacy of uranium mining leaves New Mexicans with 500 abandoned uranium mines, homes built with contaminated mine-waste rock and contaminated water wells even as companies seek new permits to mine. In New Mexico we also face an escalating oil and gas industry, hydro fracking, pipelines and various other mines.

Even 10 years ago I never thought I would be engaged in extractive industry issues. Now I am like a magnet with the minerals and the concerns of communities attaching to my clothing wherever I go. I can understand in a small way Jesus’s reaction to the many people who clung to him and his need to go into the desert for prayer, reflection and wisdom. Today, we find ourselves in the midst of an immense extractive industry boom everywhere on the planet that gravely affects our sacred water, air, land and communities – disproportionately affecting the indigenous communities.

In December, when I was in Peru, I experienced firsthand the enormity of extraction’s effects in that mountainous mineral-rich country where 85 percent of the mineral rights are owned by corporations. Mineral rights there include use of water. I was impressed with the work of Mercy Sr. Angelita Roldan Santiago, who is so concerned with water in Trujillo, and Alita Sanchez who had just attended a meeting on mining in Brazil where the presence of churches and faith communities was seen as integral to the struggle. Her work is one of accompanying communities to defend creation, the land and water and food sources.

From my airplane seat high above the Andes I could see scars from gold mining. Later, I heard stories of the results of mining from Graciela and Alfredo Fernandez, who are community leaders living in the Alti Plano, trained by Mercy Sisters. Graciela still tends her sheep in the high mountains and experiences them suffering and dying from drinking water polluted from mining. In addition, drought and dying glaciers due to human-caused climate change make clean water ever more scarce, while the extractive industry uses the last drops of pure glacier water with little concern for the pastoral lives of the campesinos. Tributary waters wend their way to Lake Titicaca, once a jewel, now polluted.

A visit to the Office of Derechos Humanos y Medio Ambiente (Human Rights and Environment) in Puno shed even more light upon the struggle of the indigenous people to protect Pacha Mama and their sacred land and water. Founded by the Maryknoll Fathers and Sisters, the office originally was part of the work of the Catholic diocese. In the last few years, the diocese severed its relationship with the office, stating that human rights and environment were not part of the work of the church. As a result the office, now a separate non-profit, continues to work out of a Gospel justice frame, doing amazing work and struggling to find financial support.

Aymara Director and lawyer Cristobal Yugra Villanueva, Yolanda Flores Montoro, Maryknoll Srs. Pat Ryan and Analyn Manauis and other staff and collaborators won a legal case against the Peruvian government in the fall of 2014. Their case states that indigenous communities’ land, water and minerals are owned by the community. One president or director of a community cannot turn over their resources to the government or extractive industries or make decisions for the whole community. Environment is integral and part of the community and cannot be separated from the community, and decisions are made by the community.

Such victories are large and yet small in light of the issues. Struggles on numerous fronts escalate. Indigenous communities of the Andes now need to prove they are indigenous and thus protected by laws of Peru with rights to their land, water, culture, livelihood and spirituality. Oil and gas extraction and the creation of distribution pipelines, in a country known for earthquakes, present new challenges to communities and Pacha Mama. But the faith of those working on these issues is rooted in the Gospel. Their stories of struggle and small victories read like a combination of the Book of Nature and new Gospel parables of the spirit moving in powerful ways with such joy. These are inspired stories we desperately need to hear.

There are too many stories of courage to retell. Recently New Mexico Interfaith Power and Light and New Mexico Faith Coalition for Immigrant Justice co-sponsored a speaking tour of Jorge Armando Lopez Pocol with the Chico Mendes Reforestation Project from Guatemala. Their 17- year-old project plants trees to address devastation left from wars of the 1980s, climate change and economic violence that cause migration, but the communities around them face encroaching extractive industries. Nearby indigenous communities just recently witnessed the death or perhaps martyrdom of three women protesting mines’ coming onto their sacred lands.

At the recent OXFAM Sister Ambassadors on the Planet gathering in Des Moines to celebrate International Women’s Day, I heard of the struggle of women from Ghana and other countries in Africa. As a sister Ambassador on the Planet, I am spreading the word to petition the Securities and Exchange Commission to finish the rule-making on section 1504 of the U.S. Dodd-Frank Wall Street Reform and Consumer Protection Act, which requires extractive industries and mining companies to make public financial disclosures. After this meeting, I attended a meeting of my Franciscan Community Finance Committee where we are discerning divestment in the fossil fuel industry. We cannot escape the scope of the extractive industry.

Guatemala, Africa and Peru may seem very distant in my day-to-day life. Actually, my brothers and sisters and the issues of extractive industries are very near. We live in a time when companies move beyond national boundaries. Ultimately we share the same air, water, earth and contemporary Gospel parables and stories of struggle, death and small resurrections. 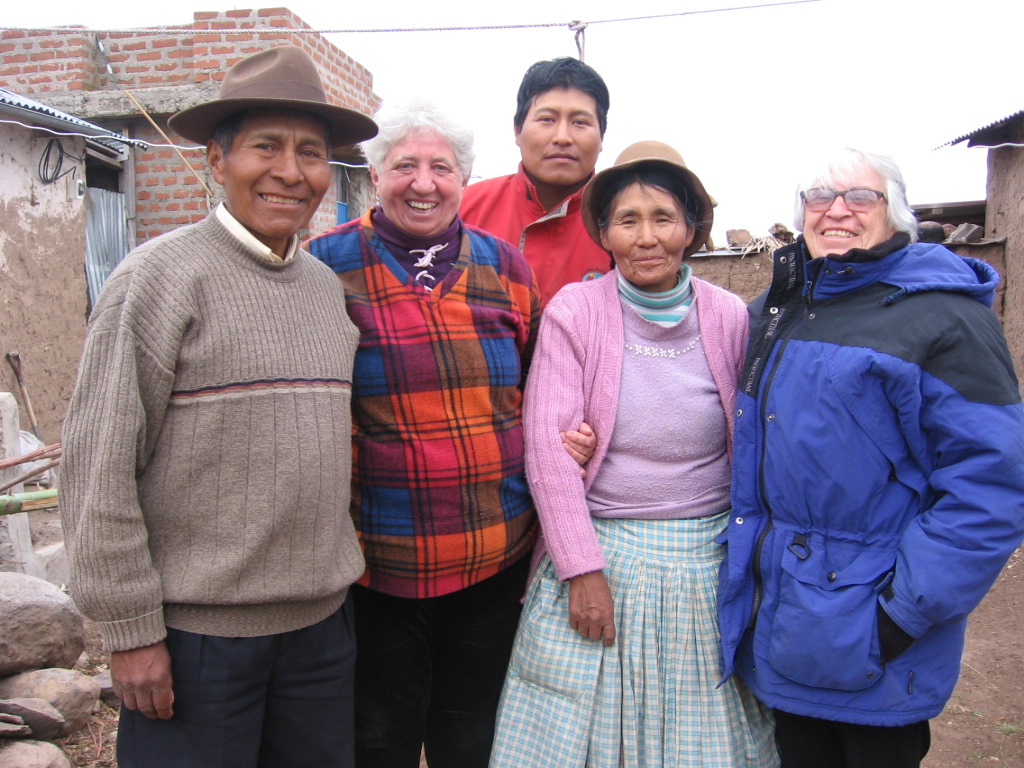 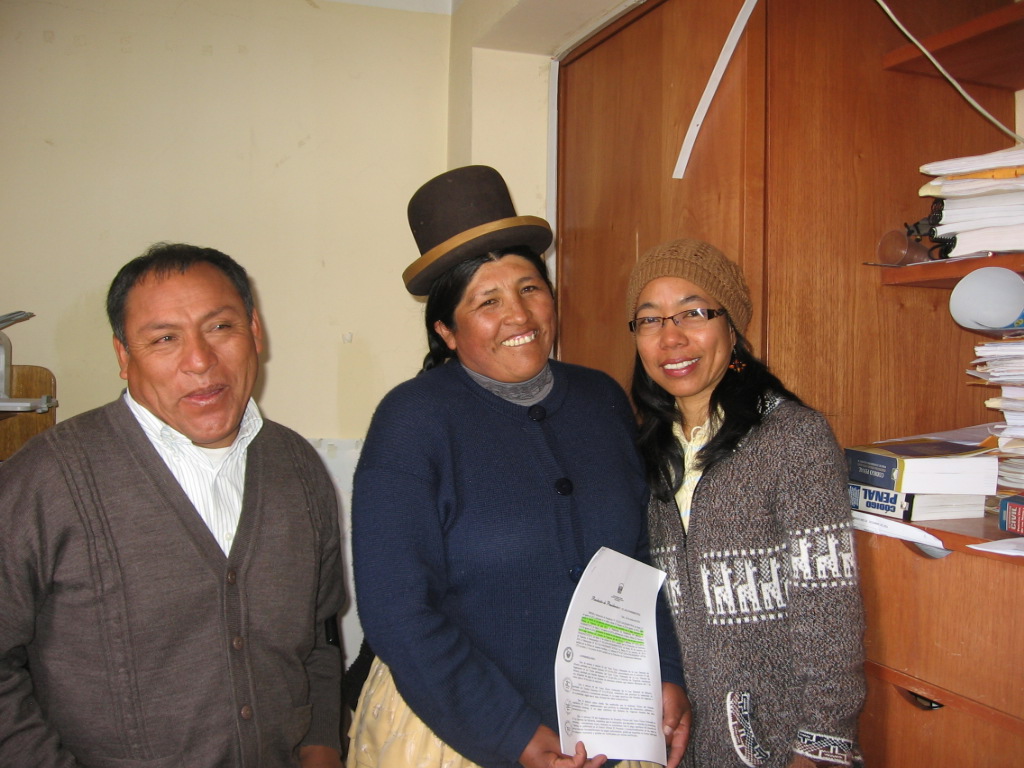