I was helping to lead a study and service trip to Peru with our University of the Incarnate Word students and faculty, as part of a Women's Global Connection team.

Peruvian Incarnate Word Sr. Katty Huanuco introduced us to the women of the Shipiba community who live in the hills of Cantagalio, Lima.

The Shipomi-Koniba communities are indigenous Amazonian people who have moved to Lima seeking work and education for their children. Not only were they poor and struggling, but a little over a year ago their small hillside homes were destroyed by fire. The Peruvian government has refused to recognize the people's rights to be there, but about 30 of these courageous women have been working together to demand their rights.

Sister Katty has been encouraging them in developing leadership skills and in creating a sewing co-op. It seems the greater their hardships, the more beauty they have been creating with the fabrics.

"The world will be saved by beauty," says the main character of The Idiot by Fyodor Dostoevsky. In his 1999 Letter to Artists, Pope John Paul II took up Dostoevsky's prophetic idea, suggesting that when humanity is challenged, beauty and wonder can draw them forward.

Two years ago, when we were on a service trip in Chimbote, a Peruvian costal city challenged by dire poverty and pollution, I began asking Peruvian artist Richard Jon Castañeda Estrada if we could serve in Chimbote by collaborating with him on art projects. People hunger for beauty as well as food. Nourishment for the spirit gives strength and creativity to pursue justice. Castañeda Estrada, one of the best artists in Chimbote, had created a mural for the city's Centro Cultural Centenario.

One of our Incarnate Word missionaries ministering in Chimbote, Selena Mitchell, made contact with Santa Rosa School in one of the most disadvantaged areas. The children's homes do not have running water and the school has no back fence, so the area where the horses and animals live is all one with the children's playground.

At the school, Stephanie Phillips Mitchell, a University of the Incarnate Word nutrition teacher, also tested the quality of water in the area with Juan Piña, an Incarnate Word missionary in Peru. Every week, families get water outside from what is left of the school water supply. The families often wash their clothes in the irrigation ditch across the street. The water does not meet safe standards and we hope to help the people get safe water.

They inspired me to go home and focus on water — lack of water, polluted water, and water as the source of life. As the United States has been moving away from the crucial Paris climate agreement, our sisters have made a strong statement in support of it and are calling others to do so also. I wanted us to be part of the Global Water Dances movement in support of the environment, so I contacted a former student, Catherine Cisneros, and her creative Urban-15 dance and music group.

We gathered at the Blue Hole for an event we called "Standing with the Paris Climate Agreement, Celebrating and Dancing with Creation," to raise issues about water. The Blue Hole is the source of the San Antonio River and is located in the Headwaters Sanctuary, our congregation's Earth care ministry that preserves 53 acres of beautiful land in the middle of the urban area of San Antonio.

See the video of our danced prayer in the dry riverbed where crystal clear water used to gush forth from a spring.

In this way, we joined people around the world in dancing to raise issues about water. Finally, people were invited to sign our sisters' Statement for Sustainability and Solidarity with the Paris Climate Agreement.

In the face of the challenges that I feel overwhelming us, let us dare to create beauty. Beauty can re-create us in hope. 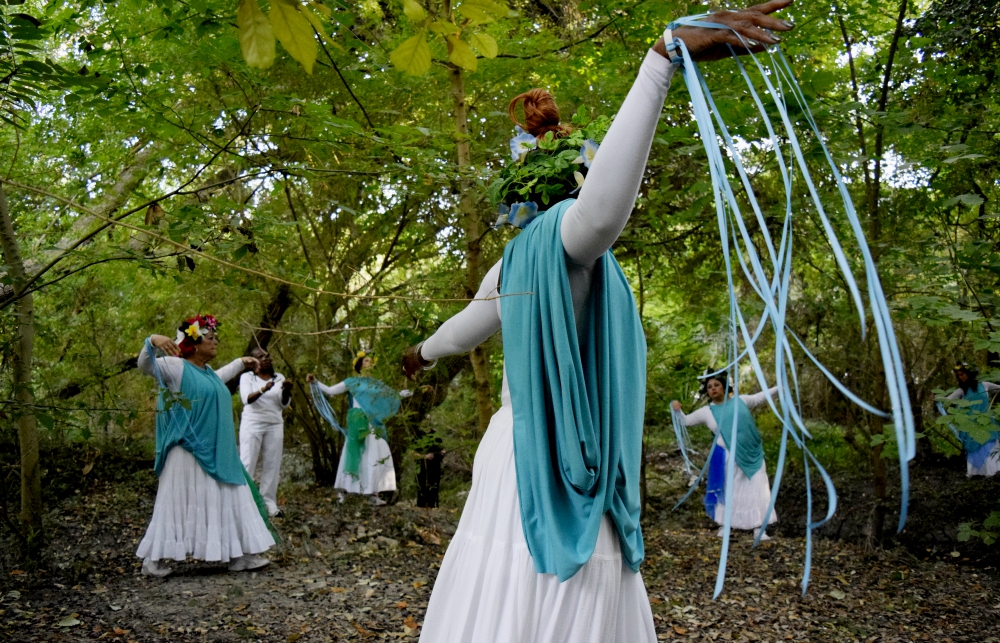 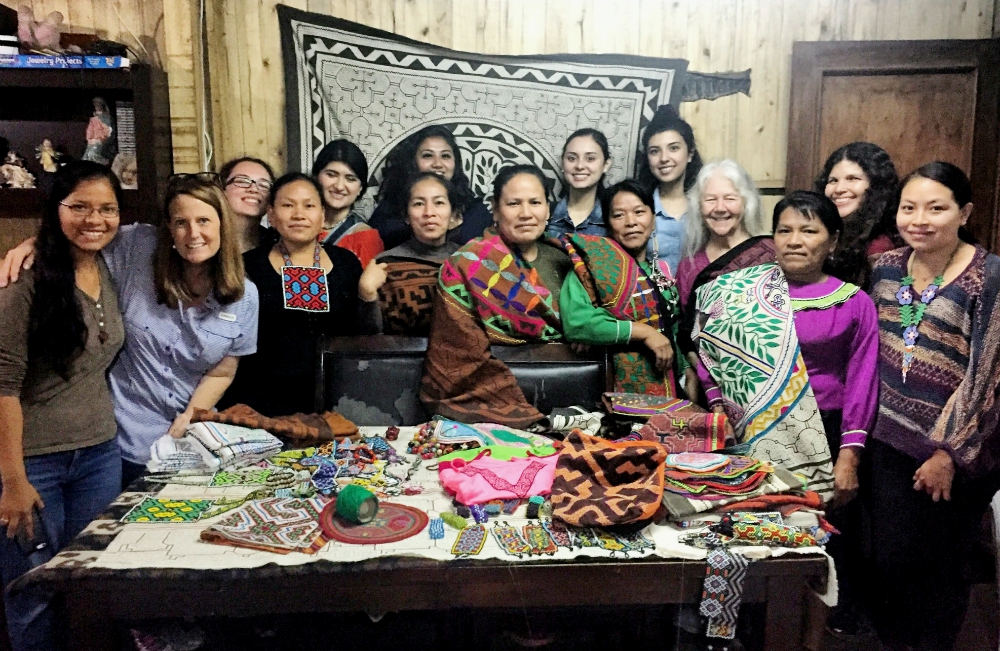 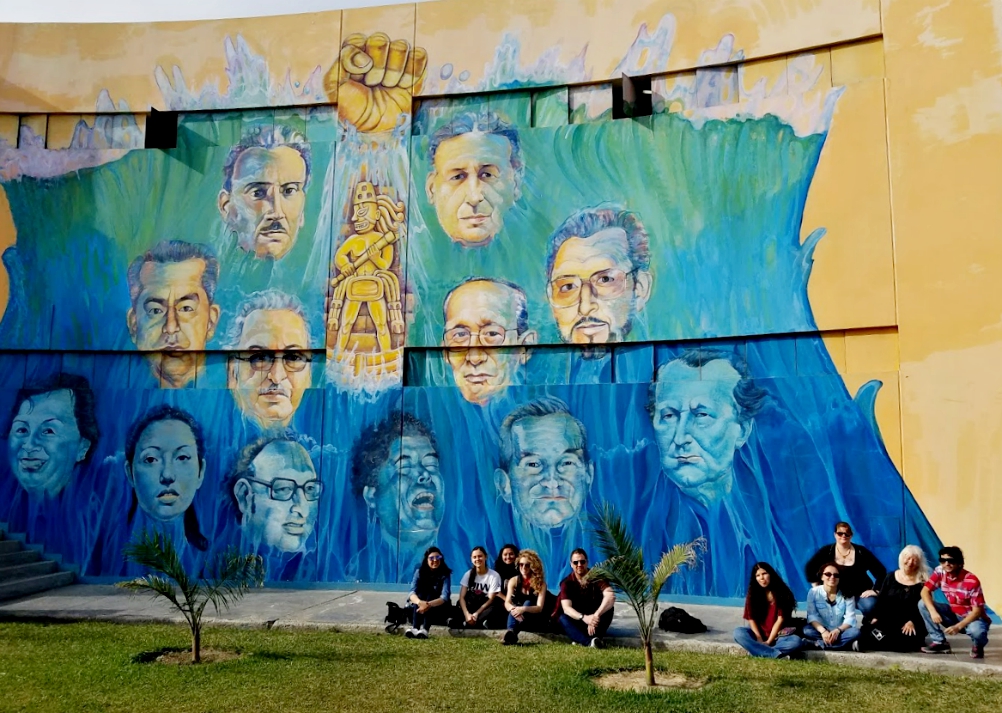 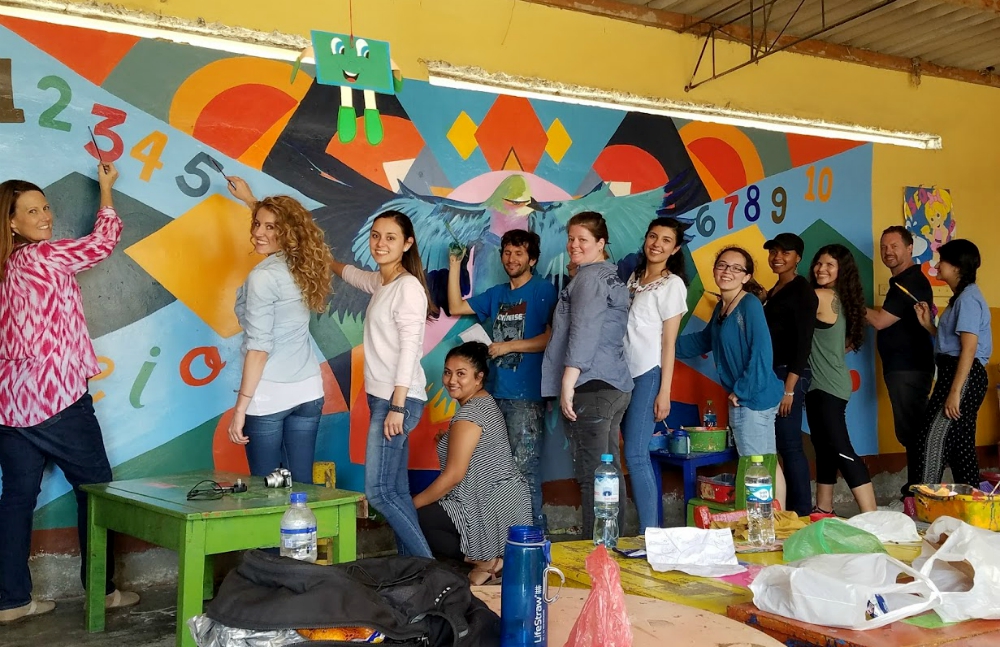 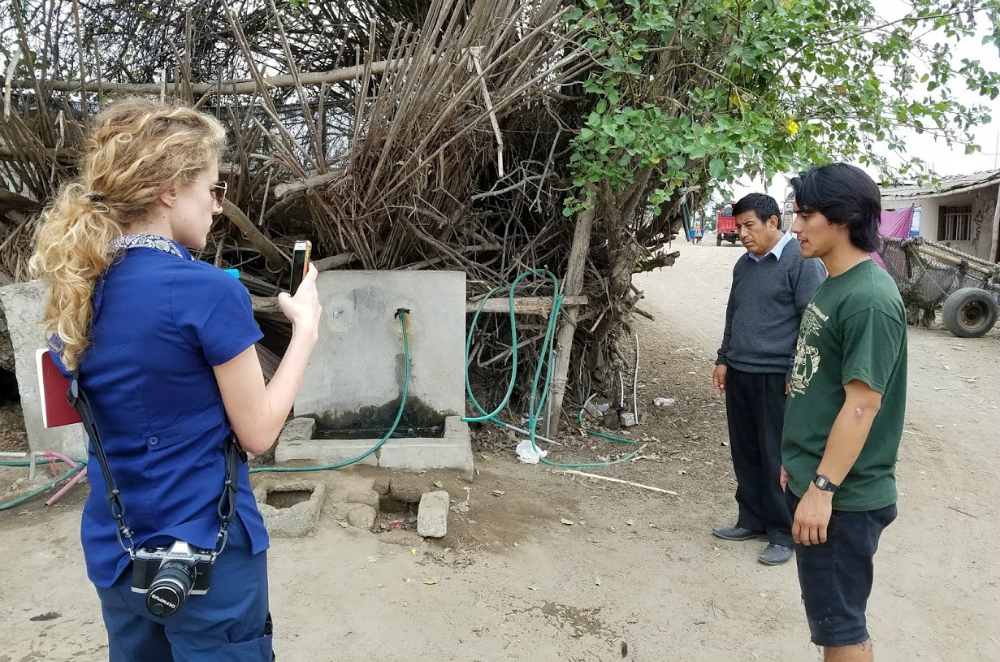