I come from a large extended family. My mom grew up on a farm in a little town in the middle of Ohio, and while she moved to the "big city" of St. Louis, her brother, and subsequently my cousin, took over the family farm and to this day maintain it with a variety of crops. We were the "city mice," but every summer we returned to visit our "country cousins" and whooped it up, running through rows of corn, swinging off tree branches into the Blanchard River, and sneaking through the barn trying to get a peek at the pigs and catch the feral cats.

Our cousins would laugh at us over our ignorance about how to milk cows, and we would wrinkle up our noses at how funny their well water tasted. Those summer vacations were the absolute highlight of our family experience, and to this day those memories are some of the warmest, happiest and most cherished — for both my siblings and our cousins.

This week I had the opportunity to get back to "the farm" for a brief visit and, oh my, but the array of stories and memories we conjured up. One of my cousins recalled that my dad (the epitome of a "city dude") would chasten us to "go read a book," if we ever complained that we were bored, and we remembered how Uncle Bob would reply that the stink of the farm was "the smell of money, kids!"

The difference between our two sets of lives and livelihoods was acute, but our admiration for our cousins' lives (both ours of theirs and theirs of ours) and our eagerness to be immersed in the others' world even for a little bit was as long-lasting as it was real.

This week on our visit, my cousin John proudly showed my sister and me all that has evolved at the farm since the last time we were there. He has torn down and replaced the original barn — no more cows and pigs, but instead a huge combine that can furrow and plant the land in about two days, compared to the four or five weeks it used to take his dad. John has done so much with the original farmhouse built by my great-great-grandfather that alongside the original woodwork and fireplaces sits Alexa (Amazon-style) and brand new appliances in his beautifully remade kitchen and living area.

And whereas Uncle Bob used to go to town to check the going price for feed and soy, my cousin now goes to the town courthouse to plead his case against the eminent domain threat to the farm that is pending due to the more-than-seasonal flooding of the Blanchard River.

It's a much different reality now than it was when I was a kid, and the memories I have of chasing kittens and eating peaches from the tree are yielding to an adult sobriety over the effects of the environmental realities of our day and the power of the government to alter the life and livelihood of a family who has farmed the land for a century and a half. I imagine my family story, with all its heartache and uncertainty, is neither unique nor uncommon.

Politics never came up during our visit, thank goodness. I have my hunches about the priorities that might accompany the independent farming community of the Ohio heartland, and I assume that my concerns regarding the current reality of our nation might not be a perfect match to those of my country cousins. But John said something as we were leaving the barn that has echoed in my mind and in my conscience ever since.

I noticed a half-acre of land freshly turned over right beyond the house, and my sister mentioned that she remembered the summer strawberries had been planted there and how neat she thought it was to have as many berries as her heart desired, despite the fact that our cousins grumbled about having to pick them day after day in the blazing sun.

I tried my wit with the comment, "Well, that's why you have six kids when you're a farmer!", to which John replied, "Yeah, and you better believe my dad never told us to 'go read a book!' "

Surely he didn't intend it this way, but somehow in my heart and in my moderately well-read intellect, I received what I now believe is a well-deserved reprimand.

This city mouse has pretty big ideas and pretty solid theories about what should be our societal values and our legislative priorities. Those ideas and theories are not whimsical, but rather have been formed from much reading, thinking, discussing and evaluating — and from lived experience as an educator, a religious sister and a United States citizen. I'd like to think my views aren't overly biased — but when I hear my cousin John, I realize that as I was reading and studying and formulating opinions, he was literally knee-deep in the earth, living into his opinions and gleaning his ideas and plans about how to gain better yields from the ground up.

Now don't get me wrong — I know how to put in a good day's physical work, and I know for fact that John enjoys reading and discussing ideas on the theoretical plane. But my day-to-day does not involve waking up to the question of whether this year's flood or drought or tornado or legislation might dramatically change the landscape of my or my children's future. And I certainly can't know how waking up to that question every day might alter how I perceive what's important, how government should be run, and whose political promises are most compelling.

What I do know is that I value my country cousins' lived reality. I treasure their future. I believe in their goodness. And I trust their judgment. Likely, we don't agree on everything when it comes to Congress, 1600 Pennsylvania Avenue or the Bill of Rights. But we are family, and nothing will or can change that.

Why has John's off-the-cuff comment stuck with me for days? I think because, in his voice, I heard the call to recognize something I have lost track of lately in our contemporary national discourse, something universally true of the human family. Our backgrounds and priorities are different and are minimized only at our own peril. We have grown up in vastly diverse realities — no single one better or truer than another — and those realities have shaped our worldviews. We will never ever agree on everything. But we are family, and unless we remember that we are a treasure to each other, we'll risk splitting this family right in two.

Nothing's worth that. I wouldn't want my family of origin to be less than or different from what it is, despite the fact that we might not all agree. Can we each say the same of our brothers and sisters gathered around the table and seated across the aisle?

We are family. And as my mom used to say when she interrupted a good argument among siblings: "You'd do well to start acting like it."

[Virginia Herbers is an Apostle of the Sacred Heart of Jesus. She has master's degree in pastoral studies and has ministered in education at both the elementary and high school levels in Connecticut, New York, Missouri and Taiwan. She currently serves as the vice-provincial and vocation director for the United States Province of the Apostles of the Sacred Heart.] 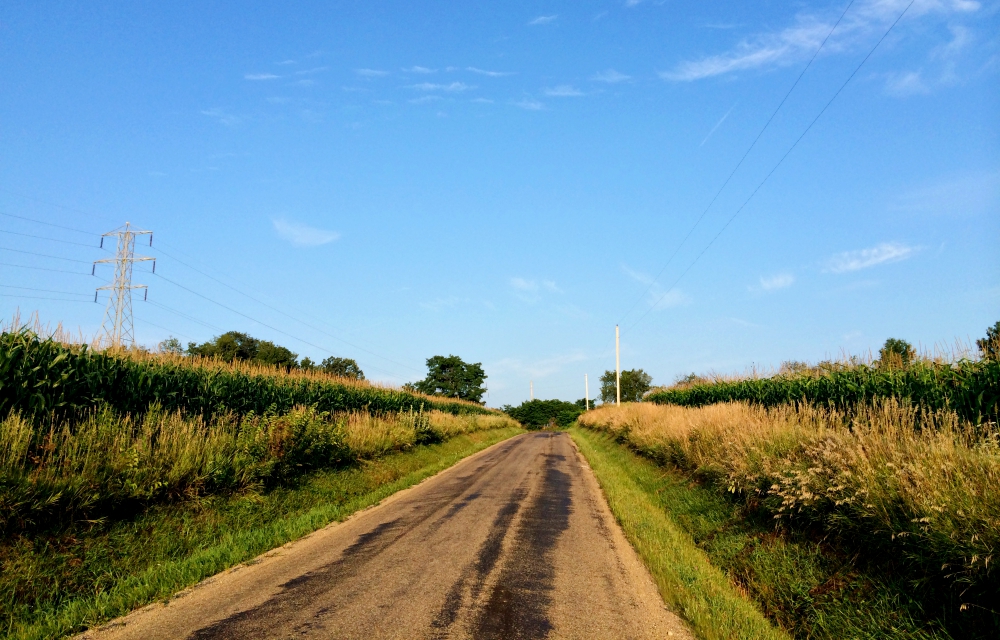