by Clare Nolan
Ministry
This article appears in the Nepal feature series. View the full series. 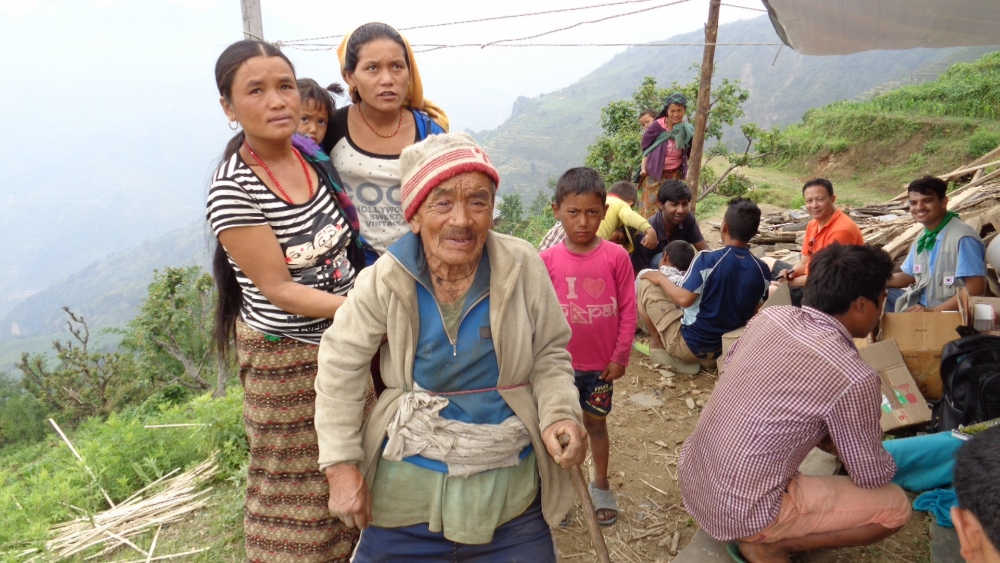 On April 25, 2015 the worst natural disaster to strike Nepal in over 80 years came in the form of the Gorkha earthquake named for the geographic district hit by the epicenter. Relief work continues. This report comes from written reports and email interviews with  Sr. Taskila Nicholas, a Sister of the Good Shepherd, who has been on the ground since day one, working in collaboration with government agencies, diverse NGOs and religious groups.

Can one still call it a crisis when the situation has turned a time corner toward the chronic, even as the level of human ruin remains acute? I think of the severe devastation in Syria continuing since 2011 and the volatile conflict persisting in Ukraine, sparked in 2013; add Libya or South Sudan, and the meaning of “crisis” is challenged. Compared to many flash points of global disaster, two months past the earthquake in Nepal seems a short period of time, except if you are living through it.

From the perspective of the relief workers, it has been two months of endless tending to the injured and distressed. Teams trek with supplies and provide some semblance of human comfort and long-term reinforcement, however fragile.

While no day is typical, a description of a “missionary journey” offers a feeling for the intense suffering that continues on the ground. One team mobilization, as described by Sr. Taskila, consisted of a multiple-leg journey to deliver medicine in outlying areas; it began with a 5 a.m. rising. From their location in Pokara they set out for the district office, Gorkha, to register and coordinate their work; nine hours later (2 p.m.) they reached the destination, delayed intermittently by vehicle breakdown and repair. By 4 p.m. they set out on the next lap to set up a medial camp in Saurpani, a mountaintop village 100 km (62 miles) from the district office. Landslides and heavy rains disrupted the journey, and they spent that night receiving hospitality from their soldier “brothers” in a military camp. The next day, again at the break of dawn, they resumed the vehicle-impassable trek on foot; the military helpfully carried supplies, aided by villagers who met them partway. Seven hours of trekking is long, but the demands they met upon arrival allowed little rest. 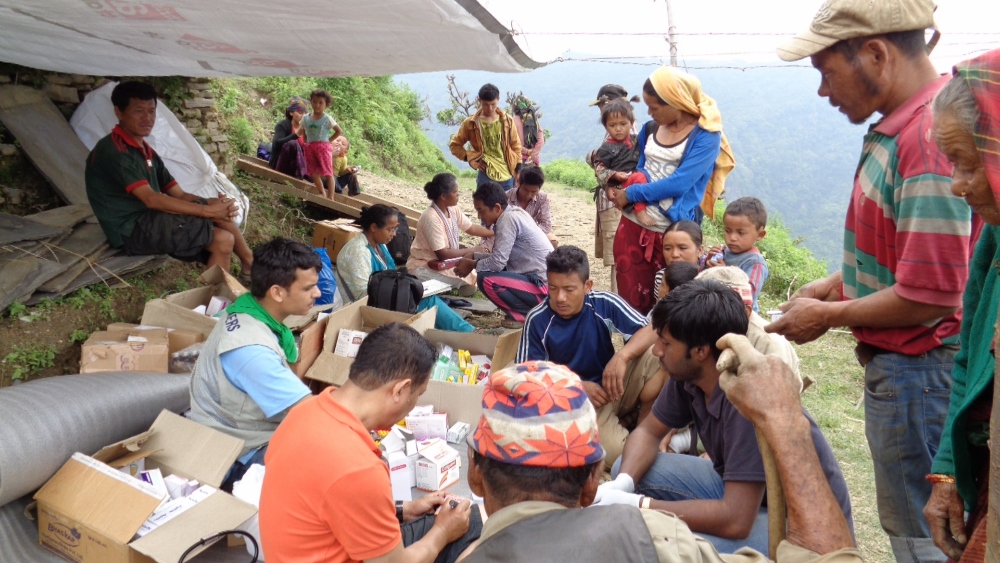 A medical camp set up to provide care after the April 25 earthquake. (Sr. Taskila Nicholas)

Names of villages and names of NGOs change according to the particular locale, but the routine of heavy trekking is a day-after-day repetition in these rural areas. One village had a death toll of 17; they are still staggering. In another area they met 300 families in thin tents (provided by the Red Cross of China), while another village held a group of 30 tented families, each group only now receiving rice, dhal, sugar, salt and biscuits that will last one month. As they met the waiting families, Sr. Taskila summarized what she has been experiencing these weeks: “Life is challenging, and the road ahead is dark. But the strong Nepalese folks look beyond; they hope for normalcy soon to be restored in their lives.”

Priorities are set and juggled; the urgent need is for food and basic medicine. Secure shelter is needed immediately, too, since the rainy season is now coming upon them; already the nights are cold, and tents will not restrain the heavy rain. But emotional support and trauma counselling is just as urgent and also time consuming. Reconstructing toilet facilities is another immediate task, and hygiene procedures are essential, especially for women. Somehow the team is aware of it all and deals with the concrete tasks of distribution, building, assessment for school resumption, listening to still-terrified villagers and reorganizing families to cope with the losses they have suffered – while still finding time to fill out the required reports for the district office.

From the perspective of those suffering, it has been two months of anguish, unknowing and sometimes despair. Sarita (not her real name) is typical, perhaps, of the children now being highlighted by UNICEF as highly vulnerable to trafficking. Already UNICEF has reported 245 children who have been intercepted from being trafficked since the earthquake hit. Sarita is a young girl student, grade 7. She lived at home with her mother and young brother; her father is a migrant worker in Qatar. She describes:

The 25th of April being Saturday, I was representing my family, contributing free labor to maintain the community forests. My mother was weeding the maize field for the land owners; at harvest they give us maize in exchange for such labor. We all were terrified by the earthquake, and all ran towards our houses and the village which was quite far away from the forest. I reached the house, and the whole house was flattened. I did not know what happened and what this earthquake was all about. All the families were worried about themselves. I was left alone in front of my house helpless. I could hear my mother crying faintly under the debris. I was trying to reach out to her but I could not remove the logs of wood under which she was trapped. I cried for help and my uncle came with a few villagers to remove the debris and save my mother.

The neighbors told me later that she had ran to the house to save my brother, but my brother died and my mother got severe head injury and was bleeding profusely. The villagers did some home remedy, but it did not help. She was crying and saying, ‘Save me, I want to live for my husband and children.’ Meanwhile we saw a helicopter flying towards a village which was the epicenter of earthquake, saving people and removing the corpses. We were shouting for help but nobody heard us. My mother was alive for three days, and on the fourth day, she died without medical help. It is my fate to live in this world without my mother – and nature is very cruel to me, whom we considered as our god and protector. 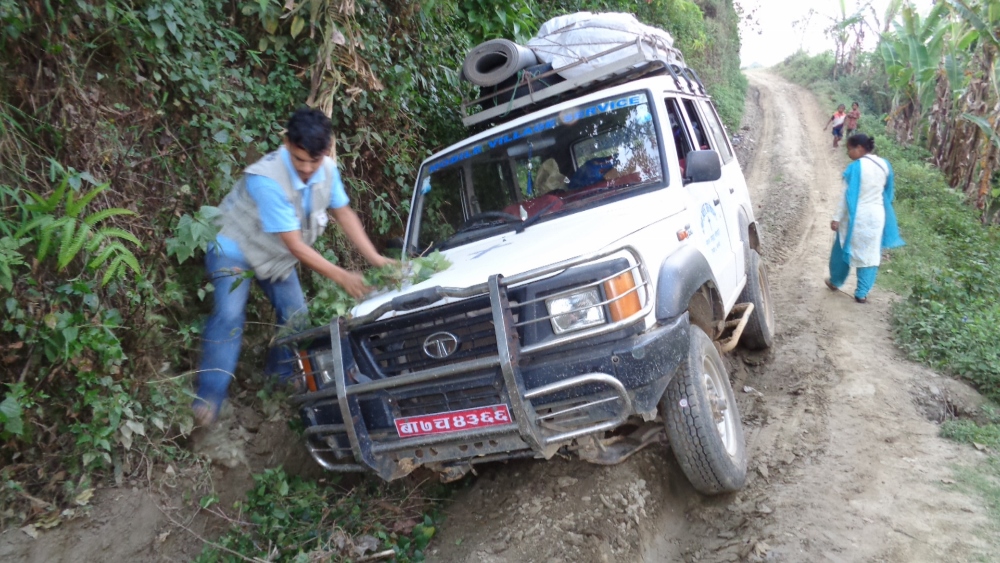 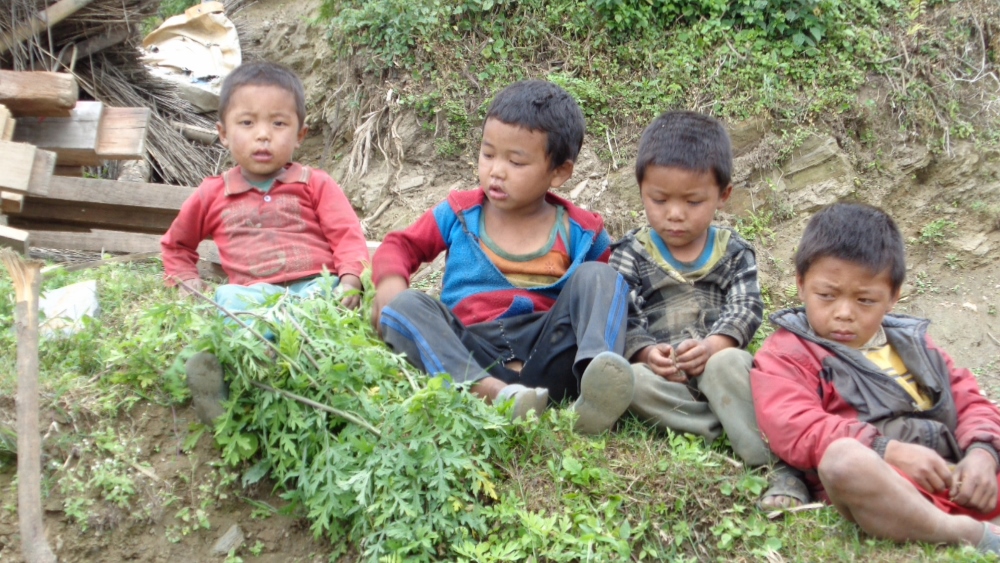 For Sarita, one wonders if crisis ever will have an end. Taskila describes her as “completely broken.” Sarita’s friend told Taskila that “every night she cries thinking of her mother.” Still, Sarita expresses interest in her studies and has accepted psycho-social counseling. She wants her story to be told. The Good Shepherd organization is coordinating with the district women and national child department so that Sarita might come to their shelter home, at least until her father has permission to return from Qatar; often migrant workers are locked into contracts of up to two years, during which they have virtually no freedom of movement.

This is a tiny view of how the crisis goes on in Nepal. Relief workers exhaustedly try to move beyond crisis mode, but for the 80 percent of Nepalese who live in mountain villages, “Everyone is in temporary shelters,” reports Taskila. Additionally, schools are not rebuilt, and the rains threaten land stability, made more fragile from exploitation of stone quarries in recent years.

Perhaps it is a message about the state of our world: Whether natural disaster, political crisis, or armed conflict, that which global media describe as a crisis and fades from view with the  routine of passage of time actually remains endless vulnerability that begs a far-reaching response beyond crisis relief, for the crisis is continual.

Related stories:
In Nepal, Catholics reach out to remote areas devastated by quake
Looking for God under the rubble in Nepal
Nepal authorities try to block Missionaries of Charity delivering aid

Ministry | Two months beyond the crisis, still a crisis: Relief work in Nepal

I'm proud to be an American sister, unafraid of coloring outside the lines