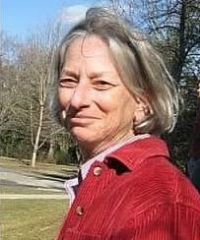 Sr. Clare Nolan recently retired as training coordinator of the Good Shepherd International Justice Office. Good Shepherd is an international woman's religious congregation that is involved in providing social services in about 70 counties, with a particular focus on women and girls in vulnerable situations. The organization has special consultative status with ECOSOC (Economic Social Council) of the U.N. From 1996 to 2008 Clare served as the nongovernmental organization representative for her congregation, working on policy and advocacy issues related to topics such as gender, poverty, trafficking, social protection, and violence against women and girls. She holds a master’s degree in social work and has a 25-year background in child welfare doing direct services with teenagers in residential care in New York City. Nolan has been a member of the congregation of Our Lady of Charity of the Good Shepherd (a.k.a. Sisters of Good Shepherd) since 1969. The commitment of the congregation to mercy and reconciliation are the prompts that guide her spiritual journey.

Good Shepherd is one of many religious congregations that supports a volunteer program, and I was with a diverse group of young adults participating in an orientation process for a year with the Good Shepherd Volunteers. I was a general support presence with limited responsibilities, so my days offered opportunity to reflect on what was happening around me. Why are these young people, only recently liberated from a four-year college structure, entering another program rather than pursuing their independent pathways?

Malaysia is the destination country of thousands of migrant persons known as Rohingya, an ethnic group long settled but denied citizenship in their birth country of Myanmar. The Rohingya ethnicity implies Muslim religious identification, making them a double minority in Myanmar. This column reflects the experiences of our Good Shepherd Sisters' shelters in Malaysia, giving a small glimpse of the vast perils and occasional small victories of the human spirit told through stories.

There is no 'other' because migration is an international concern

The complex struggles of migrants reached a peak in 2016; at the same time, nations receiving or refusing migrants were involved in bitter debates and social crises. Global stability trembled with protracted regional wars and uneasy economic situations; political pressure toward isolationism was associated with rampant terrorism across borders. Migrants were literally left out in the cold, reviled and dying on borders that were next to what seemed to be rich utopias.

Solidarity is a demanding spiritual practice

You know, of course, what solidarity means, don't you? Or do you? In our time when humanity is pushed and pulled through a vast wilderness, when refugees are massively scorned, when parents cannot protect children against violence and hunger, and when riches are hoarded as if life and salvation depend on extraordinary accumulation, it seems an apt season to re-examine solidarity.

Housing and humanity: A holistic vision is required

Things that get lost

A birthday party for Thomas Merton, a birth journey for me

Selma then – the world now: A visit to the Edmund Pettus Bridge and justice today

Into a new world, a new sense of mission

Sister to sister: Christians in Syria, Iraq and Lebanon