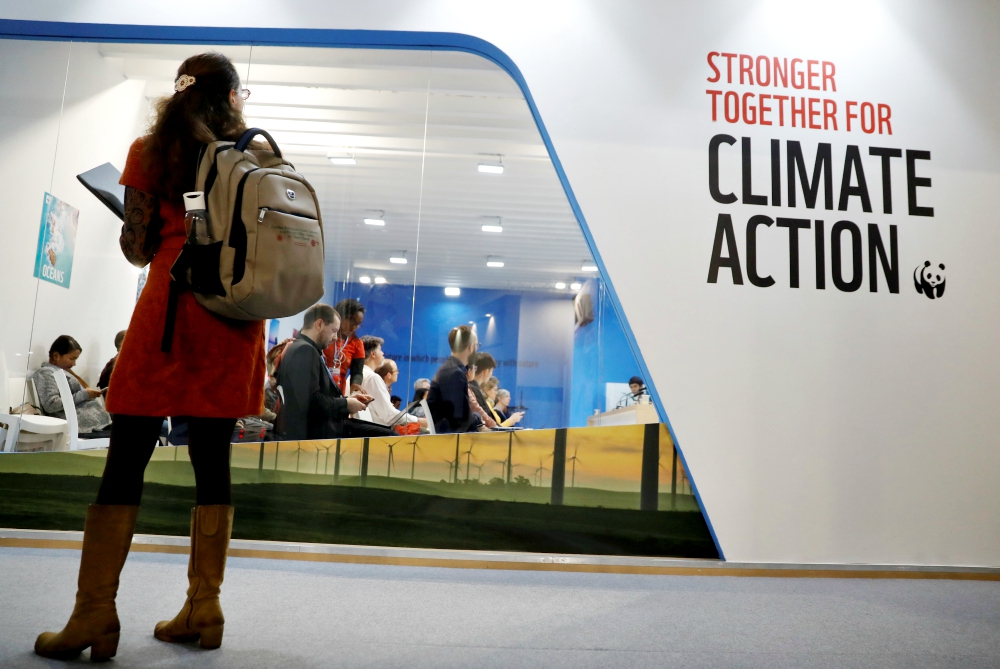 A woman watches an exhibition inside the venue of the U.N. climate change conference, or COP24, Dec. 8 in Katowice, Poland. (CNS / Reuters / Kacper Pempel)

I just came back from the U.N. Conference on Climate Change in Poland. It was a meeting we should all have been able to attend.

Almost 50 years ago, in 1973 during the Arab-Israeli War, OPEC imposed an embargo on oil exports to the U.S. in retaliation for U.S. support of Israel. It awakened the world to the dark side of the bright side of modern economics. All things have an end, even oil, the engine of modern productivity. Now, scientists estimate that at the current extraction rate, there are about 53.3 years of oil left on the planet, at least 80 percent of it in OPEC countries.

Years ago, in other words, the West woke up to a head-on confrontation with what would later be seen as our first serious experience of the finitude of resources. But no one panicked. "Oil shortage?" I heard a man in the airplane seat behind me say. "Oil shortage? There's no oil shortage! And even if there is, they'll just go into a laboratory somewhere and invent something to take its place. Till then, this is nothing but an excuse to raise the price of gas again."

Few Americans believed in the limitation of natural resources then and few believe in the real effect of climate change on daily life now, despite years of scientific data to the contrary. So what if it's real, we figure. We'll just go on, business as usual. Oceans refresh themselves, we argue. More methane emissions come from cows than from humans, we assure ourselves.

The regulation of carbon emissions hurts industry, we decide, and so resist it. Land always dries up from lack of water, but floods and wildfires repair the balance to nature as we go, we insist. But the scientists go on warning us. And so the world as we know it dies from lack of care.

Sisters of Earth: hopes and dreams