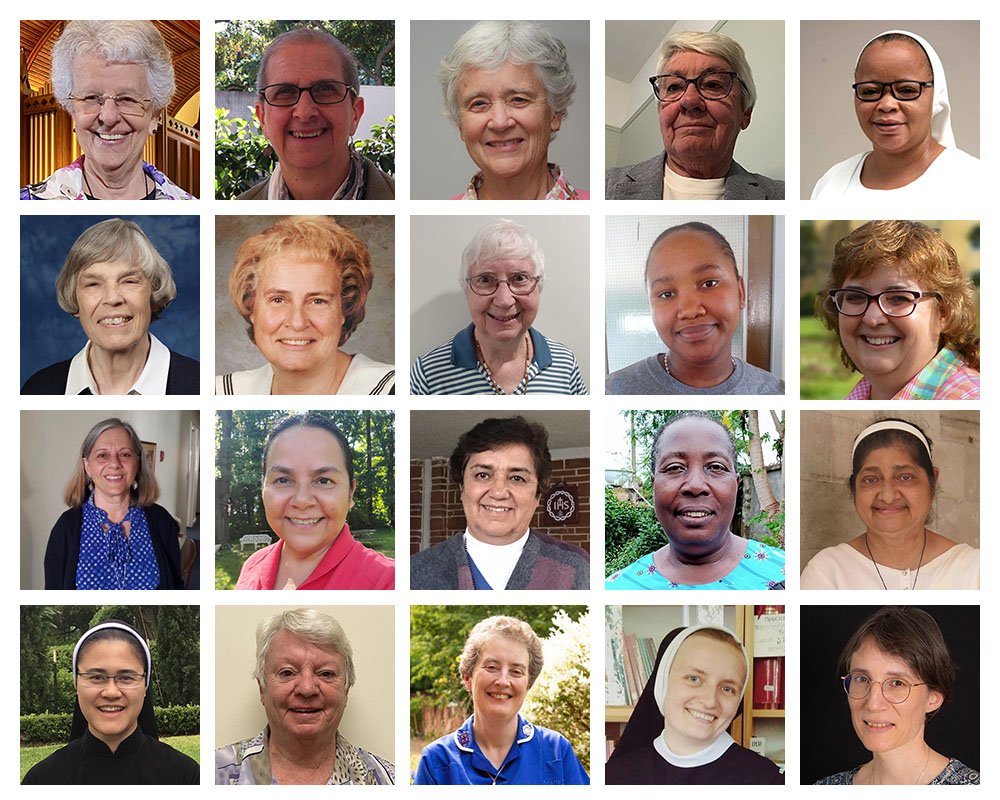 Welcome to our sixth year of The Life, featuring a panel of 20 sisters who will reflect on issues that impact the lives of Catholic women religious around the globe.

We chose our panel from 50 good applicants from around the world, and it reflects a diversity of ages, nationalities, religious congregations, ministries and charisms. They'll take turns writing responses to a prompt or a question about spirituality, religious life and other topics.

They include an account manager at a Fortune 500 company, an anti-racism activist, a bursar, a physician, a psychotherapist, a second-year novice and a mother. Our panelists are teachers and school administrators; parish ministers, theologians, spiritual directors and counselors; missionaries; and sisters who have worked with prisoners, youth, women, refugees, migrants. There are panelists in nursing, social work, eco-spirituality and journalism, and panelists who work in peace-building and development, anti-trafficking work and sustainable development. Some of the sisters are in internal community ministries — including leadership teams, vocations, formation and development — or with organizations like Pax Christi and Network. One sister was even in the New Zealand Air Force.

Read their responses to our request to write a reflection on Advent. 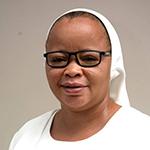 Gifty Atampoka Abane is a member of the Society of the Holy Child Jesus from Ghana. She is a teacher in a Catholic girls' high school in Ghana and serves their province in leadership. 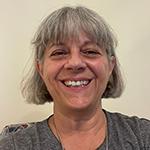 Maco Cassetta is a member of the Congregation of Notre Dame. She is a part-time licensed psychotherapist working with religious life, formation, resiliency, grief, transition, communication skills, sexuality, inner child work, addictions, PTSD, complicated grief, and reconnection to one's soul self, all within an eco-holistic framework. She also does spiritual direction. In her parish, she is the coordinator of the care of creation team and a member of the liturgical team, planning and facilitating prayer evenings. Presently, she is novice director for her community and lives in White Plains, New York. 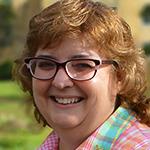 Lynn Caton has been a Sister of St. Joseph of Brentwood, New York, for 16 years. While raising a son, she spent many years in the corporate world, primarily in service and finance, leaving a career as a manager of the accounting department of a Fortune 500 company to enter religious life. Later, she served in prison ministry and as director of a parish outreach program. Her current ministry is as a certified addiction counselor in a hospital, serving women seeking treatment for substance abuse disorder in an inpatient setting. 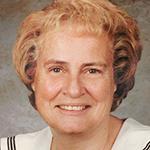 Judy Dohner is a Sister of the Humility of Mary from Villa Maria, Pennsylvania. She has worked with migrants and immigrants for the past 30 years. She returned to the United States in 2018 after ministering in Haiti for 16 years and currently works with Haitian immigrants and refugees in Immokalee, Florida. She has written for Global Sisters Report and the National Catholic Reporter. 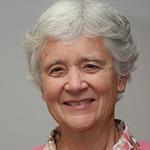 Catherine Ferguson is a member of the Sisters of the Holy Names of Jesus and Mary. First a high school administrator and teacher, she completed doctoral work in international studies that took her to Chile, Peru and Mexico. She interned with Pax Christi in Brussels and served as associate director for Inner City Law Center in Los Angeles. She was founder and coordinator for UNANIMA International, a coalition of several sisters' congregations doing faith-based advocacy at the United Nations. She served as U.S. provincial leader and as congregational leader and is now a board member of Network, a Catholic social justice lobby. 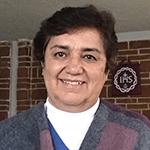 Maria Elena Gonzalez Galvan was born in Mexico City, where she studied interior design and social work. She entered the Congregation of the Religious of the Incarnate Word at the age of 24 and when she was newly professed was sent on mission to Kenya among the Pökot tribe. She worked in missionary animation and with young people in community apostolic works. She has done graduate studies in theology and later obtained the Diploma of Expert in Religious Life. She is currently pursuing a master's degree in missiology at the Intercontinental University in Mexico City. 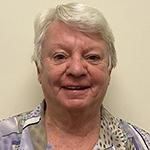 Nuala Patricia Kenny is a native New Yorker and a Sister of Charity of Halifax, Nova Scotia, Canada. She is a physician, pediatrician and bioethicist, who practices, teaches and works at several hospitals in Canada. She has received many honors for her work in child health, medical education and health policy. Past president of both the Canadian Paediatric Society and the Canadian Bioethics Society, she was chair of the Values Committee of the 1997 Prime Minister of Canada's National Forum on Health. She has authored numerous papers and several books. 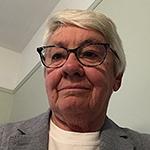 Dorothy Maxwell has been writing reflections on the Sunday readings for the website of the Sisters of St. Dominic of Blauvelt, New York, for years and believes that Dominicans are to preach wherever and whenever possible. She is now in her fourth year of ministry at Bedford Hills Correctional Facility, a maximum-security prison with a population of more than 500. 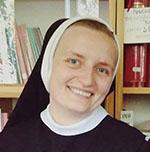 Teodozija Myroslava Mostepaniuk is a Ukrainian sister of the Order of St. Basil the Great (Province of St. Michael the Archangel, Croatia). Her academic background is in Ukrainian and English language and in religious pedagogy and catechetics. After final vows in 2018, she worked in parish ministry in Eastern Catholic parishes in Prniavor, Bosnia, and Kyiv, Ukraine. Currently, she is doing her licentiate studies in church history and teaching religious education in secondary school in Osijek, Croatia, and has contributed several columns to Global Sisters Report. 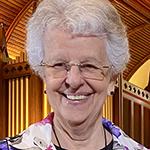 Anne-Louise Nadeau is a Sister of Notre Dame de Namur from Maryland. Her academic background was in sociology/social work and pastoral counseling. She taught in high school and college, where she also served as associate dean of students. Later, she worked in My Sisters Place (a women's center), was the director of programs for Pax Christi, and served her congregation on the leadership team. Presently, she is an anti-racism trainer/consultant. 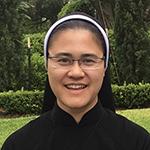 Ngoc Nguyen is a member of the Congregation of the Lovers of the Holy Cross in Vietnam. Before working on degrees in English, moral theology, and ethics, she organized youth liturgies, taught catechism, served as organist and choir director, and did fundraising for charity. After completing doctoral studies at Marquette University, she will teach theology for young sisters in her congregation in Vietnam. 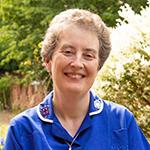 Siobhán O'Keeffe, a native of County Cork, Ireland, is a Sister of the Sacred Hearts of Jesus and Mary (Chigwell Sisters) who lives in Liverpool, England. A registered nurse with a diploma in person-centered care, she has additional graduate work in theology, justice, peace and mission studies. She offers spirituality and dementia care training to religious communities and other groups and writes and speaks on that topic and on prayer and spirituality. She has also contributed to Global Sisters Report. She has served in nursing home management for her congregation, supports a variety of social outreach projects, and is a member of the Catholic Sisters Cognitive Impairment/Alzheimer's Global Initiative, a project of the International Union of Superiors General and the Leadership Conference of Women Religious in the United States. 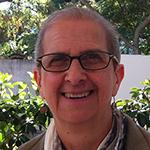 Caroline Price from New Zealand is a member of the Good Shepherd Sisters in Melbourne, Australia. Before entering the community, she served with the Royal New Zealand Air Force for 12 years in administration and flight operations. Since making final vows in 1990, she has ministered in New Zealand and in Rome at the Good Shepherd Generalate. She established the congregation's International Secretariat for Justice and Peace, which worked closely with their International NGO Office at the United Nations, and has served as area community leader for the sisters in Victoria, Australia. Currently, she is a member of the province leadership team. 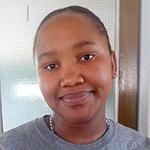 Lydia Lerato Rankoti is a member of the congregation of Sisters of the Holy Names of Jesus and Mary from Lesotho Province. She is a second-year novice who joined right after high school in 2020. She presently works at Maryland High School as the bursar. 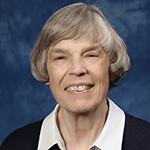 Honora Remes has been a Daughter of Charity of St. Vincent de Paul for 45 years. Born in New Prague, Minnesota, she was first attracted to the Daughters of Charity because of their vow of service to the poor. Her various ministries have included ongoing spiritual direction, annual retreats, vocation ministry, serving as pastor in several Michigan parishes in the Diocese of Saginaw, serving as Daughters of Charity provincial, and offering spiritual awakening classes to homeless women in St. Patrick Center, St. Louis. 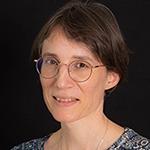 Véronique Rouquet is a member of the Ignatian congregation La Xavière Missionnaire du Christ Jésus and lives in Creteil, near Paris. Born in Lourdes, she rediscovered the "Message of Lourdes" when she worked for the Cité Saint-Pierre (part of the Caritas network that welcomes pilgrims in need from all over the world). She made her final vows with the Xavière Sisters in 2020. She is an English teacher, working with teenagers aged 11 to 14. She has managed the community communication office for a year and the website for three years. 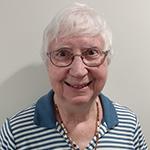 Judith Sheridan is a Marist Missionary Sister from Massachusetts. She has worked in nursing or pastoral counseling in the United States, Jamaica, New Zealand, Australia, Bangladesh and Bougainville in Papua New Guinea and lived and worked cross-culturally with sisters from all over the world. In her congregation, she designed and administered their U.S. Global Justice and Peace Office, co-directed a residence for women victims of trafficking, and served as assistant provincial and provincial superior of the U.S. Province. 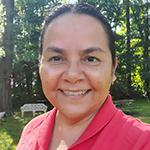 Maria Cecilia Sierra Salcido is from Mexico and has been a member of the Comboni Missionary Sisters for 32 years. She has lived in the United States, Italy, Egypt, Sudan, South Sudan, and Guatemala. With a background in communications, theology, and nonprofit management, she has contributed to the establishment of sustainable organizations in communities affected by poverty, social conflict and cultural diversity. Presently, she works at Our Lady of Lourdes parish in Richmond, Virginia, and in February 2023 hopes to continue missionary life in the eastern Arab world. 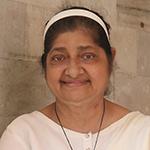 Mudita Menona Sodder of Mumbai belongs to the Indian Province of the Religious of the Sacred Heart of Jesus. Presently the JPIC coordinator of the Indian Province for her congregation, for the past 10 years, she has been an active member of the Justice Coalition of Religious, president of Fellowship of Indian Missiologists, and has been engaged in full-time eco-spirituality work: retreats, conferences, seminars, and similar activities. Her academic background was in history, sociology, and anthropology, and she did 50 years of teaching and administration as a teacher, social worker, guide, principal, manager and adviser, with much experience in faith-based justice work and religious life. 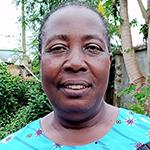 Monica Umeh Uchechukwu from Anambra State, Nigeria, is a member of the Sisters of Notre Dame. She joined the community in 1991 and began her nurse's training and later studied midwifery. She has served as novice director and is currently on the leadership team for her community.

This story appears in the The Life feature series. View the full series.