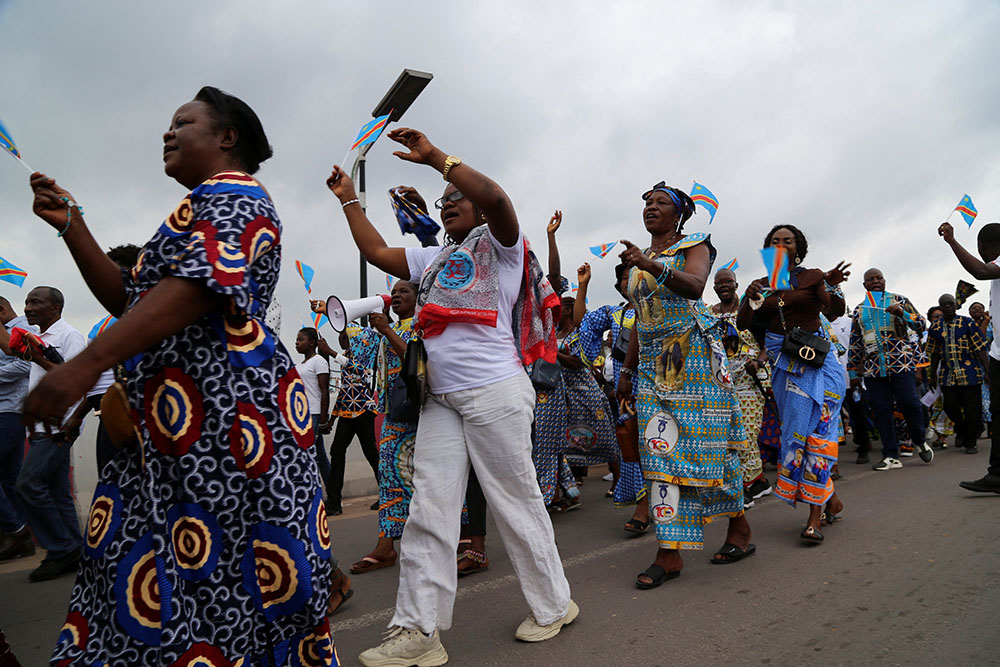 How do families celebrate Christmas in the midst of armed conflict in Goma, in the eastern Democratic Republic of Congo? The people, while having faith in Jesus as the Prince of Peace, wonder when the peace Jesus' presence implies will ever come to this country. For 26 or more Christmases, peace has not come.

Today, our country is only one of the many in the world that have not experienced Christmas peace for many years. How do we hang onto the promise of Jesus?

It is a question I have pondered often, living here all my life. When we look at history, we see that even the chosen people of Israel suffered the same condition of seemingly endless wars, but they did not let go of the prophecy of Isaiah 9:5: For unto us a child is born; unto us a son is given; and the government shall be upon his shoulders; and his name shall be called Wonderful, Counselor, the Mighty God, the Everlasting Father, Prince of Peace.

Their hope never failed and so we try to build our faith on theirs in spite of the miseries we endure every day.

The most positive thing about the Christmas season these days is that the two warring groups M23 (Congo insurgents supported by Rwanda and Uganda) and FARDC (the Congo army) call a truce for a few days. It is not really for the good of the people that this is done, but for themselves to rest, relax, be with their families and re-organize their troops and upcoming strategies. 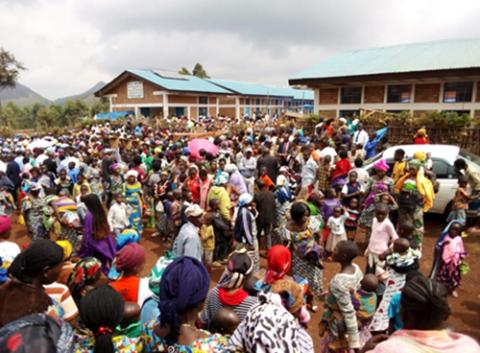 This is similar to World War I, when in 1914, the German and French soldiers called a truce for these same reasons. Calling a truce was not given to provide space for their Christian belief in Jesus, the bearer of peace. It was merely called to rest from the killing. I remember reading about one German soldier, Franz Blumenfeld, who wrote home about the war, saying that he feared to lose his faith though he didn't fear to lose his life.

While these men are resting and celebrating, our people try to find small ways to celebrate — to pray in peace for a time, to sing our songs and dance these few moments of freedom, while at the same time enduring the consequences of this ongoing war here and now, and knowing that it will resume once the soldiers have feasted and rested.

Many of our families are living outdoors, just like the shepherds we hear about in the Gospel account of Jesus' birth. They live in camps, some few finding shelter in schools that no longer function.

They have been forced to flee, like Mary and Joseph, from the safety of their homes and without access to the food they used to produce. Their fields are now the battleground and everything must be bought. Adding to that misery, prices continue to rise and they wonder how they will survive.

Even in the camps, the people do not find security, living daily with the fear of death as they ponder United Nations reports that over the past 26 years, millions have died, been killed or starved to death.

We sisters who live in the area are very conscious of the health threats the people in these camps endure in post-COVID times — if there is a "post" COVID-19. Malaria kills millions, primarily children and women each year because there is not enough medicine available to treat it nor is there enough mosquito netting. Yellow fever, also a viral infection transferred by mosquitos, causes severe headache and nausea, which in turn leads to dehydration and often death. USAID is working with our government to vaccinate people against it, but so often, war prevents the nongovernmental organizations, which are the implementers, to operate.

Malnutrition, diarrhea and worms are the daily life of children now and it is painful to see their suffering and frustrating that we can often do little for them. For us to get medicines is very hard.

Along with health issues, there are increasing cultural ones. When the Congo insurgents are supported by Rwanda, it brings back tensions of the past between the two countries. People fear another genocide, even though the populations living on the borders between the two countries are often relatives. At times when there is relatively less fighting, the populations move freely back and forth across the borders. To stop this, the M23 barricade the roads.

When the Congo military are able to force the M23 out of local villages, the insurgents loot and destroy the communities' fields and animals and burn any businesses in retaliation.

The war also worsens relations between the U.N. mission (MONUSCO) and the local people who have lost faith in the United Nations. The excuses for this given by one U.N. expert defend the U.N. as doing all it can and unable to fight strongly against the M23 because M23 has more weapons than the U.N. Neither the government nor the locals believed that and in our area a campaign against the MONUSCO was launched. Tires, cars and camps were burned, U.N. goods were looted and consequently, many of the demonstrators were killed on the spot. The various factions continue the war endlessly.

So, all this is the background for Christmas. Each year, it comes and goes, with only a bit of reprieve. We all find simple ways to celebrate and try to remember that Jesus does live among us. We pray and sing and dance our stories, trusting that someday we will be delivered the peace we long for.

We sisters stand with the local people as signs of hope, continuing to believe in the love of God for us. We try to be the hands of Jesus healing the sick and wounded among us.