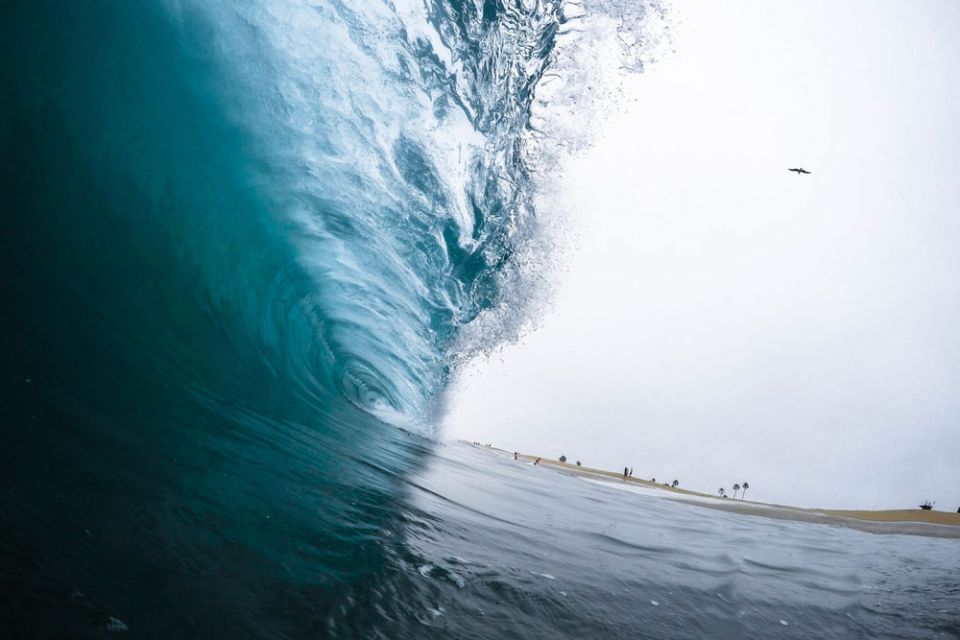 I have been enthralled to read the articles about sisters throughout the world who are on the frontlines of fighting against human trafficking, and rescuing the victims. One of the articles particularly struck me. I think it was a sister from Nigeria who said something along the lines of, "Do not think of your efforts to be as a drop in the ocean but that we are an ocean of many drops." This led me to think of my own journey of trying to stop the evil effects of human trafficking and how often I felt I was only a drop in the ocean, especially since I am getting on in years!

From the Talitha Kum website — its section on Nigeria — I read that one of our own sisters, Blandina Ryan of the Medical Missionaries of Mary, helped bring about awareness of this erosion of the human dignity of Nigerian women, through the Nigeria Conference of Women Religious. In 1999, while working in Nigeria, I first heard about Sister Blandina working in collaboration with other women religious in Italy; they met trafficked Nigerian women and restored them to their families. I knew she risked her life and was very proud of her.

Upon my return to the United States in 2002, I found some ways to help. In a circular letter from the Christian Brothers Investment Services, Julie Tanner suggested leaving a copy of the letter at hotel and motel desks for the managers, asking them to train their staff to look out for human trafficking. After several years of this I was delighted to hear from ECPAT (formerly End Child Prostitution And Trafficking) that most of the hotels had complied with this code; now it was time to thank them for doing so.

My next project was to ask if I could use the same sort of letter to write airlines, to ask them to sign the code to protect children from human trafficking; I received help from ECPAT's Michelle Guelbart. Delta Airlines had already signed the code, so I wrote to the CEO of American Airlines to do the same — and also asked him to train his flight attendants to watch for human trafficking on its flights.

I heard nothing, but a year later, my sister traveled with American Airlines and sat next to a woman who told her she was the flight attendant in charge of training the American Airlines flight attendants. I thanked God for his providence because if my sister had not told me this story I would have given up hope. I have since learned that many sisters have been working on alerting airlines to the tragedy in human trafficking through the efforts of the U.S. Catholic Sisters Against Human Trafficking, or USCSAHT.

Recently I heard about another sister with U.S. Catholic Sisters Against Human Trafficking, who used to 'corner" the flight attendants on every flight she took, to talk to them about how to detect human trafficking. There was a recent story about how airline staff in the Philippines detected a woman trying to smuggle a six day old baby out of the country in a sleeve sling. The baby was rescued.

Not knowing about this yet, my next move was to write to the CEO of American Airlines to congratulate him for training the flight attendants; before asking him to sign the code I checked the ECPAT website and found that American Airlines had signed the code a few months before. Overjoyed, I thanked God again.

I was encouraged to continue when I remembered something about the woman at the well from a book by Blessed Dom Columba Marmion. He said that all she had was a glimmer of goodwill, and Jesus used that glimmer to reveal himself to her and send her forth as his missionary.

I felt I had experienced a glimmer of goodwill, and things started falling into place. A sister in our Bronx Community met two Presentation Sisters from India who were working at the U.N., and invited them to our house for lunch. I was very impressed with the work of Sr. Elsa Muttathu. She said the U.N. is listening to what countries say they are doing to combat human trafficking, reminding them of their promises, and encouraging them to do more. I asked them if there was any way I could be involved in the U.N. work against human trafficking without having a job there. They suggested attending a monthly meeting in Manhattan of the NGO Committee to Stop Trafficking in Persons, or NGO CSTIP.

Meeting so many committed people of all ages and religions working together to combat human trafficking proved to be an exciting adventure! We had wonderful speakers from different parts of the world. We learned about the GIFT Box project that has spread to many countries; it tells young girls that what looks attractive on the outside often lures them into a situation from which there is no escape.

You can find out how many slaves work for you, by figuring out your Slavery Footprint.

It is surprising how many things we have in our homes (furniture, electronics and clothes) that are made by exploited men, women and children. Knowing the supply chain of the companies who provide your goods keeps them free from forced labor. The Sisters of St. Joseph in Boston told their senior high school students about this, and they went to Nike to ask them control their supply chains better, or else they would buy their footwear from Adidas. Adidas was ranked No. 1 by the anti-slavery organization KnowTheChain in its "2018 Apparel & Footwear Benchmark Findings Report."

A few years ago I transferred to our retirement home in Boston, and had to miss the meetings of the NGO Committee to Stop Trafficking in Persons. But one door closes and another opens. I was delighted to be asked to join the Boston branch of the Leadership Conference of Women Religious, which is working against human trafficking.

We are five sisters from five different congregations, who meet to plan symposia and prayer days. The prayer days are held in January when the weather is often cold and the streets icy, and yet a large group of sisters and invited guests from the local parishes attend. We hold large banners and wave to passing cars to join the effort to stop human trafficking. Many others stay inside and pray during these 20 minutes.

Since writing this I see now that my feeling of being a drop in the ocean is more like joining a wave. The wave comes and goes but more waves appear to take its place.

The purpose of these reflections was not so much to say what I did, but to encourage readers to continue your good efforts. And to encourage those who have not yet begun to find hope in the goodness of so many others who are working together to be an ocean of many drops. Let us trust in the ocean of divine mercy, and together we can become a tsunami to stop human trafficking.

[Margaret Anne Meyer is a Medical Missionary of Mary. After profession and medical school in Ireland, she served as a missionary doctor in Uganda, Tanzania, and Nigeria where she was in charge of a leprosy and tuberculosis hospital, and dealt with newly emerging HIV/AIDS cases. Since 2002 she has been in the United States. Presently she is living in their community retirement home near Boston.]