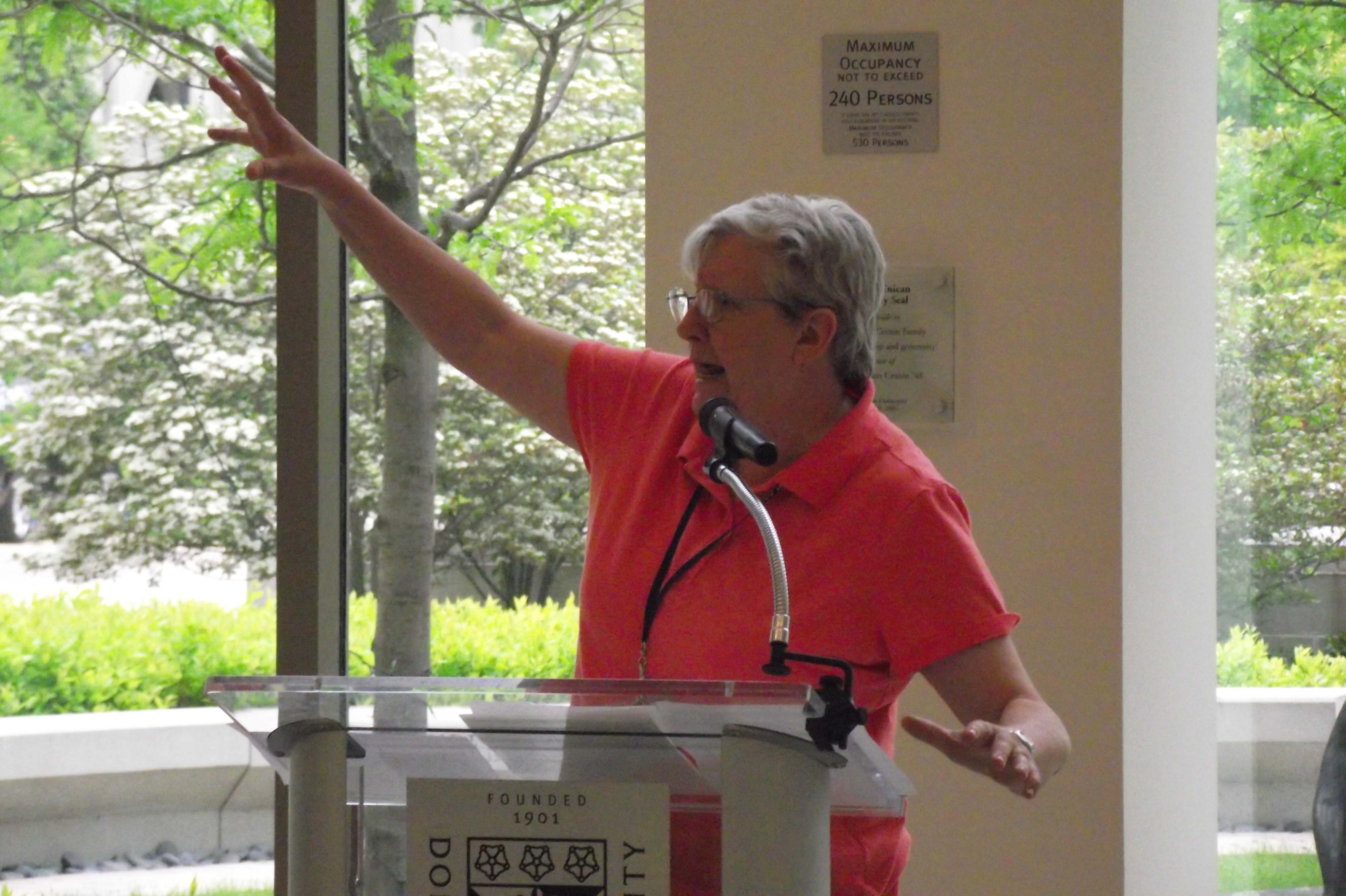 Dominican Sr. Barbara Schwarz presents a keynote on "Arts as Preaching" at the Dominican College Preaching in Action Conference, which she said she usually does every year. (Courtesy of Barbara Schwarz)

After decades in education, Amityville Dominican Sr. Barbara Schwarz considers her current ministry to be "preaching through the arts."

"I sometimes found that things going on around the world were affecting me, and I would paint my way through it," she said.

Schwarz had previously taught in elementary and junior high schools for roughly 13 years, high school for about seven years, and was a director of religious education for 14 years. And though she had a lifelong interest in arts and crafts, it wasn't until she had viral encephalitis in 1982 that Schwarz became serious about art, using it to regain coordination and visual expression. 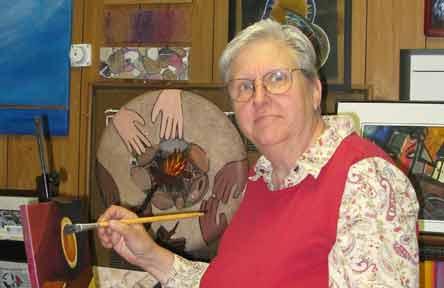 Now, her artwork is used to help others in palliative care: Ten of her abstract paintings were featured in the 2021 International Conference on Communication in Healthcare in a presentation on compassionate listening in palliative care. The presentation "encouraged virtual attendees to consider the importance of listening deeply and holding a compassionate space for the suffering of others," according to a press release.

But beyond serving as a creative outlet — for Schwarz and those inspired by her work — art is also a spiritual release, she said.

"I come from a German background, which is a little more perfectionist," Schwarz said. "With art, I have had to learn you always leave room for failure; it doesn't always work. So, in some of that, the art has changed me in being surprised by God in all sorts of things." 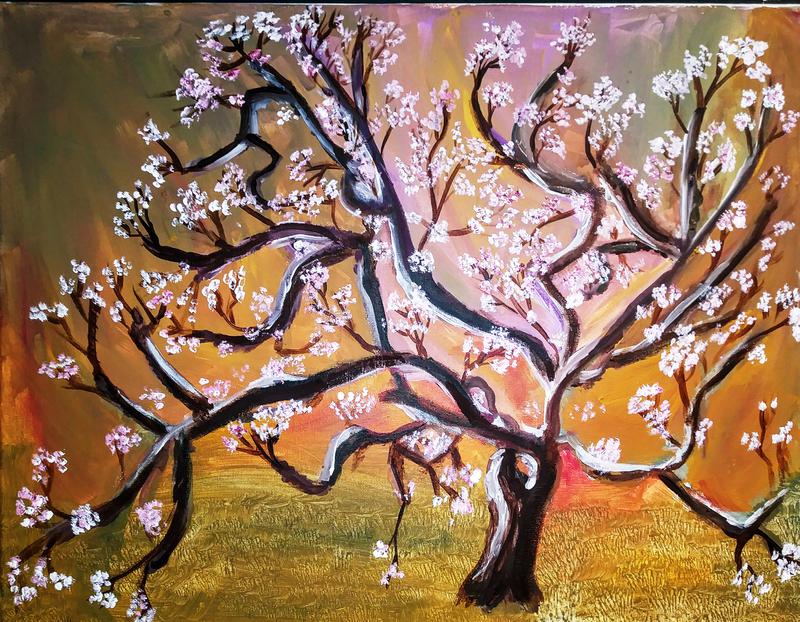 GSR: Do you consider art a form of prayer?

Schwarz: It is for me. God creates, and we're all part and one with God in that. God impels us to create, and I have felt impelled to create different things. For me, that has been a form of not only healing, but of meditation.

The actual forms that I use, whether it's page, paint, pencil, whatever, tell me how to go because nothing ever comes out the way you plan. And it teaches you something about yourself. If you're an artist, you have to learn to accept failure, that some things are not going to work. As I was creating, I learned more about myself. It spoke of my depths, of what God was telling me in the depths of who I am. 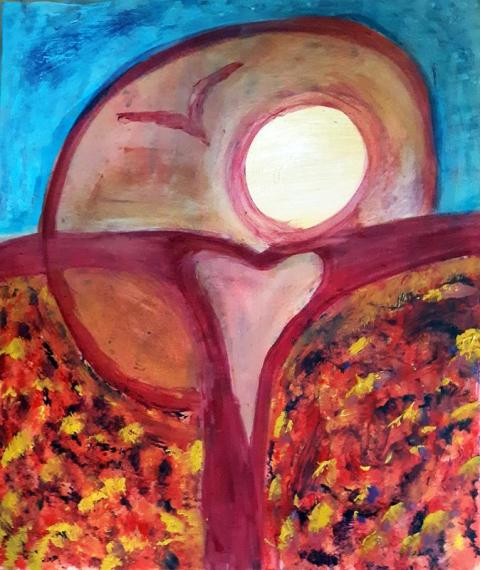 When I [recently] got COVID-19, I painted and wrote my way out of some of the experience. And that helped me not only to heal, but to deal with being present to the present moment. The only thing we have is now, and I've learned through art not to go planning far ahead, because what may happen in the process may change, and it may change the whole idea of what you're working on.

Do you consider the Holy Spirit a muse for you? Tell me about your source of inspiration.

It's a combination of things. Preaching too often is from the head only. Art enables us to preach through our whole being, and art touches your whole self. And in that process of its touching you, it enables you to understand something that you wouldn't normally get, be it in acting it out, in painting it, in working with it. Sometimes, that's what moves me forward. Sometimes, it's what I've seen on the news and praying through that. Sometimes, it's just being present to nature and to what's going on around me, and it's being open to life.

Tell me about your experience collaborating with the International Conference on Communication in Healthcare and what it was like to use your art in this kind of capacity.

This particular collaboration was unique to me. Phylliss Chappell is a doctor [at Houston Methodist Hospital] and an associate member of the Houston Dominicans. We became friends at the Dominican Institute for the Arts. She had a conference presentation coming up and thought she could use my artwork for a workshop sometime. She didn't want to use photos, and she didn't want to put a whole lot of words in talking about palliative care. She felt that art would be a better way to do that.

In "Wish of a Young Failing Heart," a presentation on compassionate listening in palliative care, Dr. Phylliss Chappell chose ten of Amityville Dominican Sr. Barbara Schwarz's abstract paintings to be included. The presentation was part of the the 2021 International Conference on Communication in Healthcare. (YouTube/artafire)

She chose the pieces from my gallery online that she felt would best help to tell the story, which was very interesting because her choice of pieces are ones I had done for very different reasons. Some people have asked if I illustrated the process. I didn't. She chose what pieces would fit.

Once you've created something and it's out there, other people can see something you never saw before in that. That sense of something new coming forward from what you said happens all the time. And you never quite know how it's going to turn out. And when I saw what she did with it, I was very, very much pleased and touched and honored to be part of that collaboration, because it really helped to explain what palliative care was. 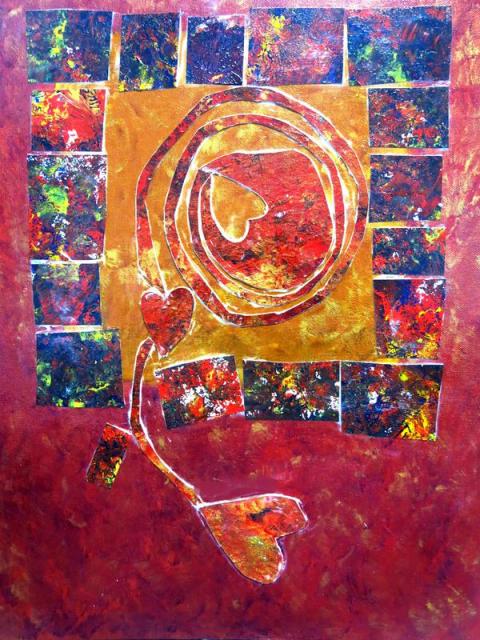 How have you seen your art change over the years, whether it's the subject matter, your artistic style, or how your time as a sister has inspired your work?

I use so many different forms, and some of the forms were about creation themes long before Laudato Si'. I was part of a group that was talking about the Earth consciousness in the '90s, so that influenced some of the work I did.

My sculpture goes back to earlier days, but the fact of the matter is that wood sculpture takes a lot of time, and it's not as easily marketable or you can't use it in as many ways as you need to. So, photography, my ink drawings, and at different times, I've had opportunities to use graphics, like to help illustrate one sister's book.

I did a whole video on St. Dominic. I went on the international lands of Dominic tour years ago, and I felt really impelled to do a series of videos that really help a person be part of the experience of Dominic or enable them to see themselves in that.

Has your art changed you creatively and spiritually?

I have a way of looking at things that people say is different, that when I see things, I see how they integrate. I tend to integrate different media forms, different ideas. Artists can see things that other people don't, and that feeling level enables people to see a different side of an issue or of a thing.

God loves diversity, and the diversity of forms that I use, that I integrate, shows how wonderful this world is and how much we can pull things together in different ways. It makes me look at the world differently and notice different things that I would not normally. Simple things, like watching a snail go across the ground or seeing a whole flock of birds and having one stand out. And as I said, once I put something out there, people have a different way of looking at it than I perhaps did. Even I, over time, can see it in a different way. 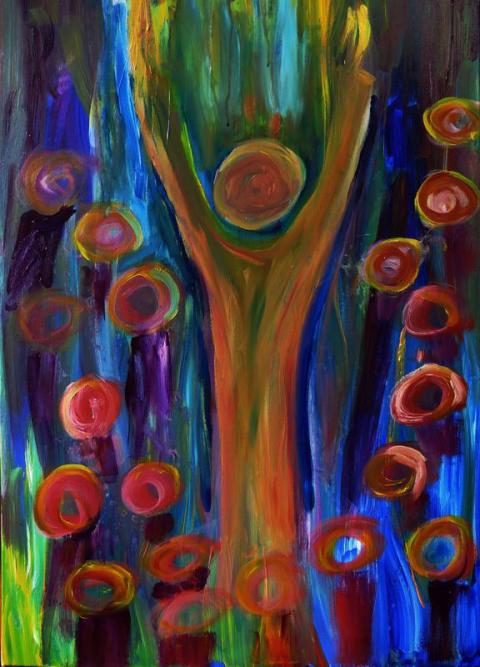 Do you have any words of encouragement for someone who is too nervous or unsure to put themselves out there and try art? Any advice for indulging in a creative impulse no matter how late in life?

Well, when I do artist-meditation sessions, I often say, "God is the artist, not you. What you want to do is let go of what your preconceived notions are and set yourself up in an environment where you can just be." And I put on music or something like that, and I encourage them to allow God to do the drawing. I give them a little instruction, and then what I've said is: "Just do it." They have found great success with it. Not only that, I ask them to write about what God says to them in the process — I do it in a form of meditation — and they have told me when I've seen them years later that they still have that mandala in their closet, and they look at it every day.

It's a case of first putting it out there for yourself — for yourself and God. Allow God to show you what is in an environment. With photography, go out there and allow something to speak to you and allow it to call you to take a picture of it, and stay with it for a while and see what that means and what that has to say to you. In that process, God will speak. In that process, you'll want to share it eventually.

I think it's to be able to do it in a group, to do it by yourself, to give yourself the time to see and to allow yourself to maybe not do the best thing in the world. It's not necessarily for the refrigerator, but it may be for your closet to look at periodically and see something new in it. It happens over time. And allow those who encourage you to explain what they've seen in that particular painting or in that particular piece.